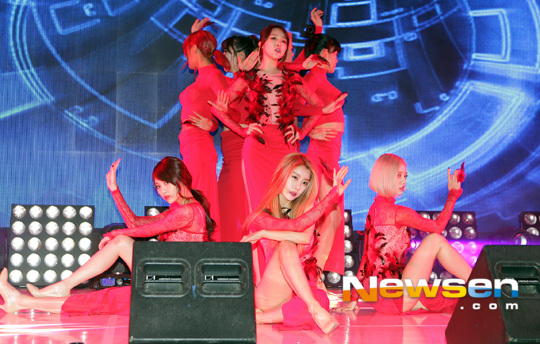 Making a comeback with its third mini album, Girl’s Day held a showcase for the press on January 3 at Patio 9 in Gangnam-gu, Seoul.

After performing its newest song Something, Hyeri talked about the group’s new concept.

“We tried to express the more sophisticated and captivating sexiness, and tried not to cross the line. We put a lot of efforts into my song, dance and the music video. I hope fans will like our new concept,” said the Girl’s Day member.

Hyeri added, “We released many albums last year, so we were more excited than nervous about releasing this one. We had plenty of time to prepare and the song came out really well too, so I feel confident about this album.”

Meanwhile, Girl’s Day’s new mini album’s title song Something is a dance song that combines hip-hop groove with acoustic sounds, eliminating as much electronic sound as possible, allowing listeners to focus on the members’ singing.

On the “Reply 1994″ Epilogue that aired on January 3, footage of the cast members’ interviews before the drama started was shown.

During the interview, Go Ara shared, “I don’t know if I can do this right now.” She also revealed, “I have an ‘Ok Lim’ trauma,” as she shed tears.

Go Ara also confessed that she felt that she reached a limit as an actress. But clearly, the actress has overcome her fears and doubts as she perfectly portrayed the character of Sung Na Jung. The next scene showed Go Ara with her hair cut short and practicing her accented lines.

Go Ara debuted in the teen drama “Sharp” in 2003 as the main character, Ok Lim. Afterwards, Go Ara struggled to achieve good ratings for her subsequent dramas, which made people doubt her acting skills.

However, Go Ara received immense love and positive reviews for her portrayal of Sung Na Jung in “Reply 1994,” which came to an end on December 28 with stellar ratings.

I am so incredibly happy for her that she is getting recognition and positive feedback for her role as the immensely awesome Sung Najung. She is so talented and really committed to acting. In every scene of Answer Me 1994, she was always Najung, even when she was just in the background and didn't have to do any lines, she would remain in character. I loved watching her. I can't wait to see what her future projects will be. She hurt her ankle while filming AM1994 and she's supposed to receive surgery for it. Her free hug event has apparently been turned into a fansign event to ease the stress on her leg. Get well soon, bb! <3 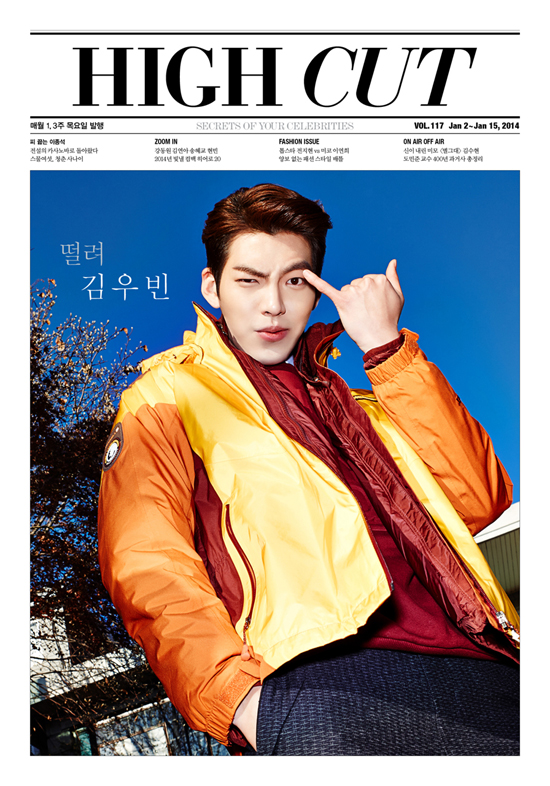 side note: i was thinking of making an update post for wassup from the past few weeks with fanphotos, fancams, shoots, selcas, etc so if you'd like that let me know

was there any doubt

The new song sounds really promising!! We get a proper trailer tonight and the actual song in two days! I'm excited :3 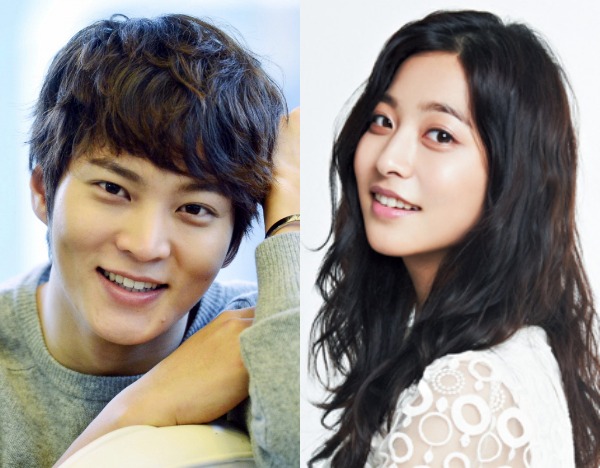 Oh this is a cute pairing. Joo-won (Good Doctor) now officially has a leading lady for his new high school romance movie Fashion King. School 2013 and Faith’s Park Se-young has signed on to play the heroine, which also means that Wonder Girls’ Sohee has bowed out after being rumored to be cast in the role, much to my relief. I love Joo-won, but I wasn’t about to suffer through that. Park Se-young makes me much more excited for the potential high school love connection. 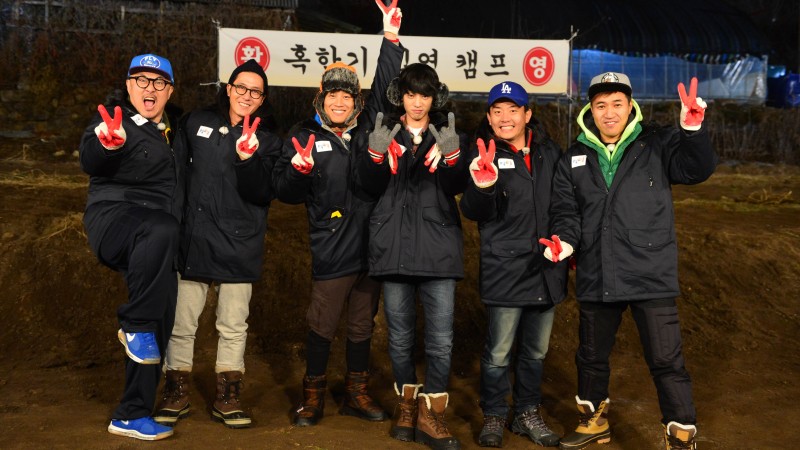 [Some of my favorite highlights from these episodes:]Some of my favorite highlights from these episodes:
- Episode 1's hilariously mean wake up ritual involving a squirt bottle, coffee, fish sauce, and salt water~
- Joonyoung saying sometimes he imagines himself building tunnels when he drives through them
- Defconn getting his beloved beard and mustache shaved off
- Joonyoung specifically requesting his background music be Slash's "November Rain" guitar solo for his punishment
- Suzy being completely non-plussed by Joonyoung's sudden serenade (see below)

Judging from the first three episodes I feel like Season 3 has a lot of potential. I have to say I'm pleasantly surprised, but I give most of the credit to the new main PD since he's been around since Season 1 days, and knows what's up. The new cast is pretty funny together Joonyoung is super 4D and Defconn is just a fun guy. They have some bonding to do, but they're only a few filmings in. Ratings have really improved, and hopefully they stay steady at the #1 spot! 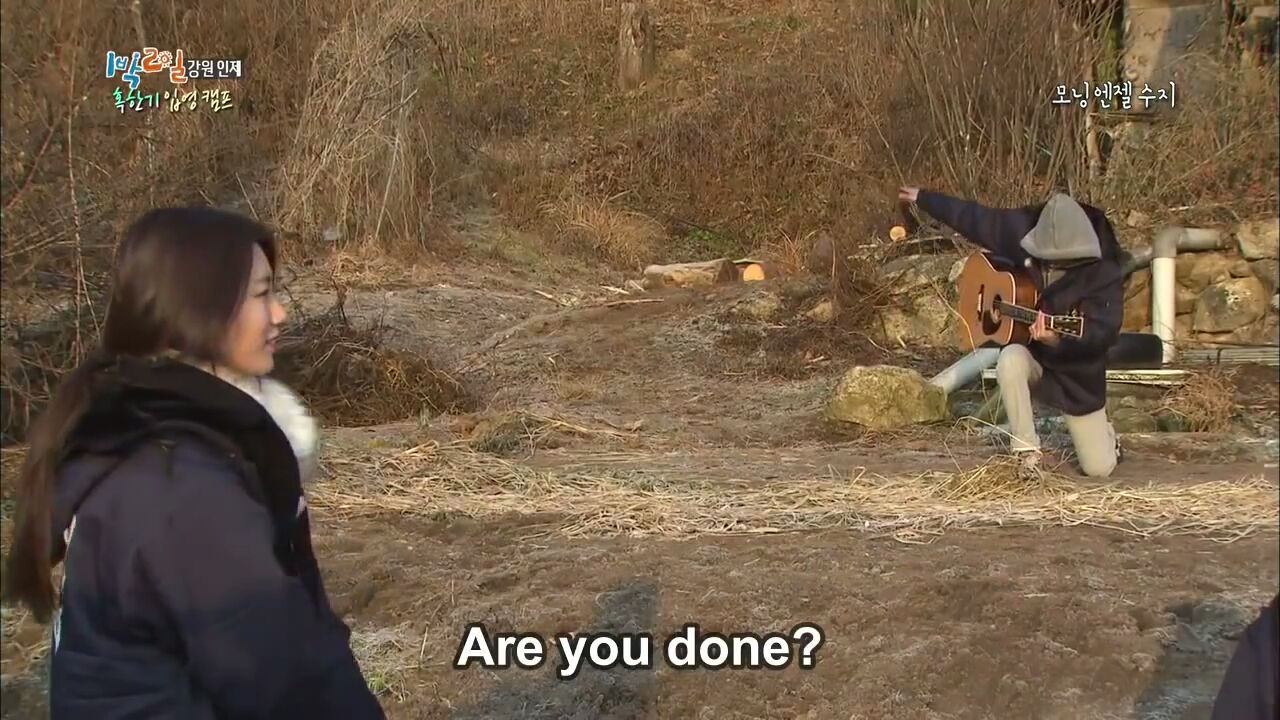 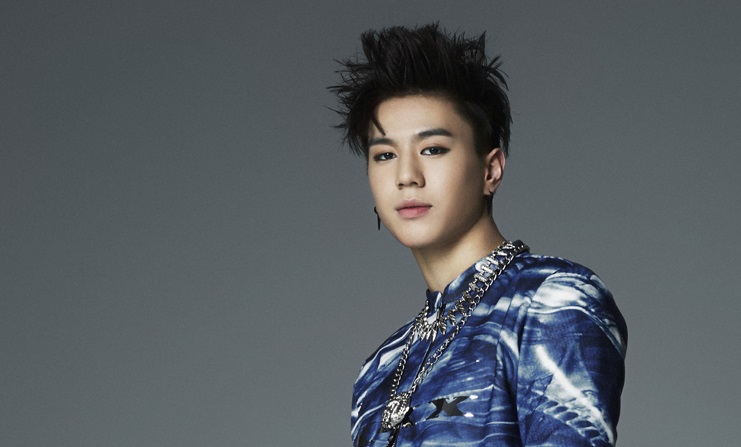 After both of their performances, “Immortal Song” host Shin Dong Yeop asked Ailee how she feels about being compared to Hyorin as her rival. Ailee said, “I don’t like it. We’re really close, and being pitted against each other is awkward for both of us.” Hyorin agreed, and said, “It’s embarrassing and awkward. I’ve been close to Ailee since before her first album, after shooting a drama together.”

When asked what they would choose if they had to decide between friendship and victory, the two singers both chose friendship. But Ailee joked, “I thought friendship was more important, too, so I put together a calm and gentle performance, but here’s Hyorin talking about friendship and coming out with a huge dance performance. It’s like she was bent on winning!”

Other rival battles on the January 4 episode of “Immortal Song” were Jo Jang Hyuk vs. V.O.S, and Moon Myung Jin vs. Bada. 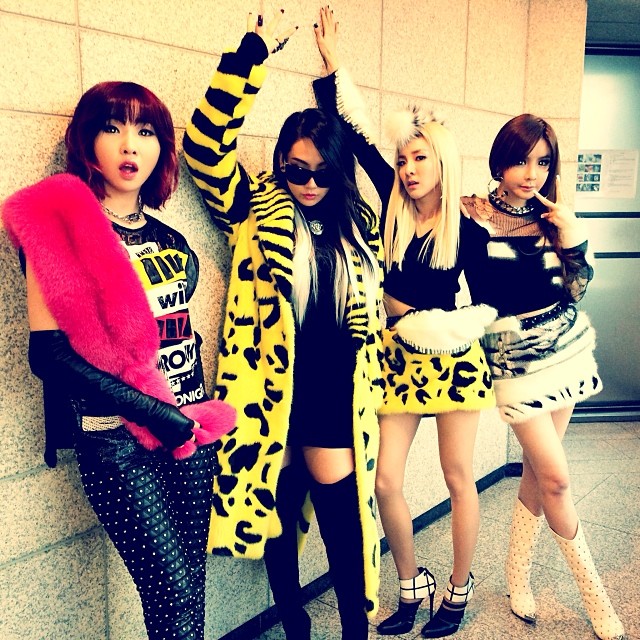 [Partial Translation] Secret Promotion Before 2NE1 World Tour that Only #CL knows about?
"Although we can't reveal any details just as yet but we are preparing for the concert tour thoroughly. Before that, there's a secret promotion that only leader CL knows about. Please anticipate a lot for it. (Smile)"

haru is just too freaking adorable ;___; i wish sunghoon was nicer to his wife, she is so nice

Queen Slaylee back to crush your faves

Fans of C-Clown, the boys are coming back!

On January 6, their pre-release track titled “Tell Me” was released through online music sites. The group will be making their official comeback in February, but to build excitement for the upcoming release, they have given the fans a taste of their new sound.

“Tell Me” is an electronic dance track with a subtle R&B sound. The trendy synth effect mixed with the melodic guitar riffs make the song sound fresh and extremely addictive. Their agency commented, “The genre of ‘Tell Me’ is different from the songs C-Clown has released until now, and that is why we decided to reveal it prior to the album release. C-Clown will begin their official promotions in February, and you will be able to see their ability to pull off various genres.”

C-Clown did not disappoint. I cannot wait for their new album! 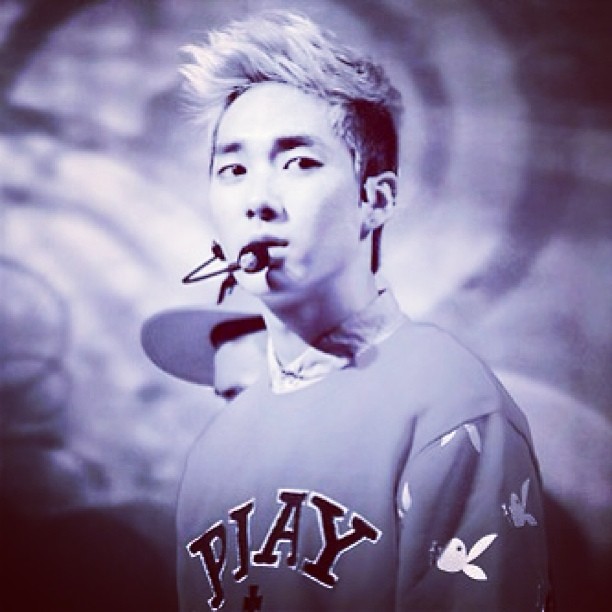 "after reflecting upon myself for the past few days, I realize what I said was very wrong. I apologize to anyone who was hurt my words, it was never my intention. I will definitely think before I speak from now on. I apologize to the fans that were hurt, and to the fans who continuously showed me their love and support. I also apologize if my last apology seemed sarcastic... that's not how I meant to express myself. I hope you guys accept my apology and forgive me for my mistakes. please don't degrade my members because of my mistakes... if you want to take your anger out, go ahead and take it out on me. again, I'm sorry and I will work hard to become a better person. I love all of you, and hope you all have great days! #nuest #aron #apology"