On January 4, girl group 2NE1’s leader CL posted on her Instagram an old picture of herself when she was just a kid and one of her current self.

In the old picture, she is sitting side by side with her father on a bench. She seems to be posing like her father, arms crossed, and smiling. In the current picture, she is standing up against a white wall, but is again crossing her arms with a chic facial expression.

Netizens who saw the picture commented, “She was different from others ever since she was young,” “Even when she was a kid, she sure had charisma,” “Her pose is great,” “Let’s see some other past pictures,” and “So cute.”

After releasing 2NE1’s comeback single “Missing You” in November of last year and topping off all musical charts, the girls seem to be taking a break whilst preparing for their world tour that starts in March.
[So cute!! :D]

Waiting for full subs of this episode ;_;

before anyone says anything 1. they were never going to have a male version of bba3 2. this is composed by the same guy who did bba3 and lonely christmas so yes, unfortunately there are similarities 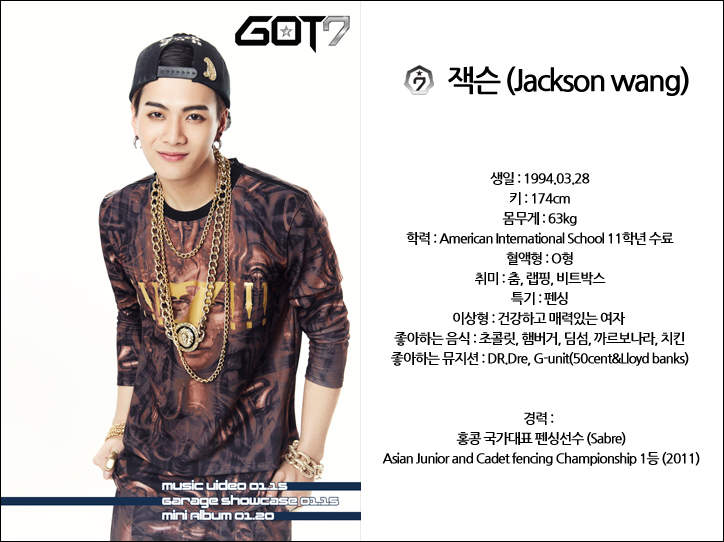 With their debut looming near, Chrome Entertainment‘s new boy band K-Much (or Snakehead) has released a couple teaser images as well as behind-the-scenes stills from their music video.
( Collapse )

We are sorry to be the bearers of sad news, but Park Jungsu’s father Park Yongin passed away on the 6th due to a traffic accident, he was 57 years old.

His grandfather Park Hyeon Seok and grandmother Cheon Kyeong Tae, who were riding on the same car, passed away as well.

Leeteuk who is currently serving in the military is rushing back home after receiving news of his father’s passing. The wake will be in Daegu hospital, and the funeral will be held on the 8th.

My deepest condolences to Leeteuk and his family. My prayers are with the family in this difficult period

EDIT; I've decided not to add in the other updates regarding the funeral and what not. basically, Leeteuk's at the funeral now, lots of celebrities and friends from the entertainment industry have offered condolences and support to Leeteuk.

UPDATE
There have been reports/rumours of the nature of the incident, which have caused a lot of backlash from fans, demanding that such reports are unsuitable during this period of grief for the family.
SO ALLKPOP DECIDED TO PUBLISH AN ARTICLE ABOUT IT. WTF ALLKPOP. WTF.


Article source; Daum (1, 2)
Translated by: MaruSJ
Shared at sup3rjunior.com by uksujusid (1)
TAKE OUT WITH FULL AND PROPER CREDITS.

Numerous industry insiders confirmed on January 6 to a Korean media outlet, “After his contract with his former agency expired, Yoo Ah In made his new home at UAA and plans to promote actively.”
( Collapse )
Soompi, news.naver

Article: Top 5 of the hottest rookie girl group members to look forward to in the New Year

4. [+1,456, -25] Dohee should just go straight into acting. She showed so much potential in Reply, it's disappointing that she's an idol ㅠㅠ

6. [+136, -1] Always thought Eunji was the top when it came to idol acting but Dohee's giving her a run for her money... Reply's so good at finding hidden talents.

8. [+102, -3] Dohee should just stick to acting. If she continues as an idol, it'll only negatively impact her image as an actor. Just go into acting for good.

Do you agree with the list? Which girl-group (member) do you think deserve more attention? :)

KIM JAEJOONG is a K-pop singer best known as one of the original members of TVXQ and a current member of JYJ. He debuted with TVXQ in 2003 before breaking away in 2009 with two other TVXQ members, Junsu and Yoochun to form JYJ.

Jaejoong’s latest album is WWW (= Who, When, Why), released 29 October 2013 and quickly topped Korean music charts, along with iTunes charts in nine countries and reaching the upper tiers of Japan’s famous Oricon chart.

B.A.P will be first releasing their new song “B.A.B.Y” in front of their fans.
The idol group will be holding a fan meeting “2nd Baby Day: Be My Baby” on January 12 at Kyunghee University’s Hall of Peace, where they will be releasing their song “B.A.B.Y,” dedicated to their fans.
“B.A.B.Y” is the name of B.A.P’s official fan club, and the song was composed by Marco and B.A.P’s leader Bang Yong Guk personally participated in the writing of the lyrics of the song. The song relays B.A.P’s romantic hearts through a sweet lyrical melody that falls in excellent harmony with the pure lyrics. “B.A.B.Y” isn’t just a project song made for fans, but is also one of the tracks on their upcoming album.
( Collapse )

K-pop Finally Coming to Chicago! Boy Group BOYFRIEND to Perform in the Windy City and Dallas in March

Want one more thing to celebrate for the New Year? K-pop is finally inching its way into the US. Many fans of the genre often lament the fact that K-pop seems to be so focused in the West and East Coast, often being held in Los Angeles or New York.

But in March, Jazzy Group US, the American arm of Jazzy Group who is known in Malaysia for bringing artists closer to the fans, will be bringing BOYFRIEND to Chicago (March 11th), and Dallas (March 13th).

Omona, how many people are going to go? I'm going to the Chicago showcase. I hope to see a lot of people there to make this a success. I heard the promoters are testing out the waters here, so if the Boyfriend showcase goes well, we will get more Kpop events in Chicago.

Sorry this is late :C
I loooved this episode. It just had everything that makes Running Man special. It wasn't the funniest episode but just watching the members work together, bicker with each other and team up against the PDs' childishness.. I was rooting for them so hard when they were crossing the river and I almost teared up with them TT

Starring Lee Bum Soo and Im Yoon Ah
At 42-years-old, Kwon Yool (Lee Beom Soo) is South Korea's youngest prime minister ever. On top of his reputation of being an honest man of the utmost integrity, he's also a widower who raises his three children alone. But what the public doesn't know is that despite his perfect image, Prime Minister Kwon is actually a struggling father devoid of even the most basic of parenting skills. Nam Da Jung (Yoona) is a journalist who resorts to writing trashy tabloids to support her ailing father, but when she chases Prime Minister Kwon for a lucrative exposé, she ends up scooping a whole lot more than she bargained for.
Episode 7:
Da Jung's efforts to bring the Kwon Family closer together seem to be bringing them further apart.

alternate links are dramafever (requires creation of an account (free) at ep6) and gooddrama (more worldwide, in parts)

oop forgot to post this over the weekend. there was only one episode last week because of the new year's stuff. this week is (i think) 8 and 9 (8 just aired) so there will be another discussion post for those episodes this weekend.

wow i wish i was this pretty while eating.

[op thoughts on the ep]i was laughing my ass off at the beginning of the episode, i was actually tearing, and then gradually getting more pissed at kwon yool and woo ri. i get it, you both don't really like da jung but can you at least treat her with some respect??? woo ri especially, like dude, she's still older than you and is technically in that mother position. treat her with some damn respect, boy. 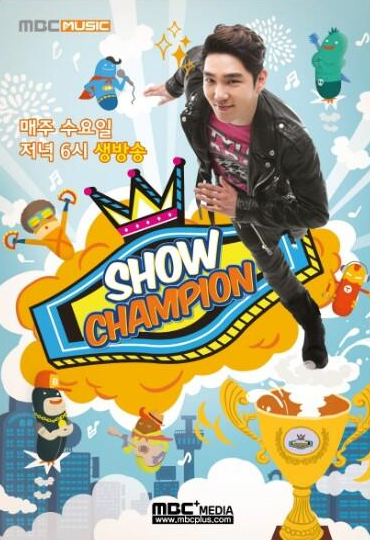 Kangin is the new Show Champion MC. He was going to have a special live stage on 8th, but he canceled the stage to show respect for Leeteuk and his family, and will have a quiet start of MC-ing. 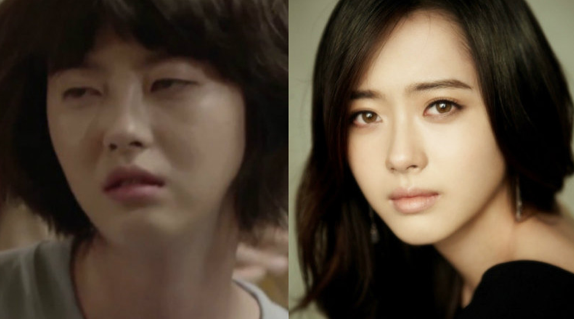 Actress Go Ara is receiving renewed interest and big praises with her latest role Sung Na Jeong in “Reply 1994.” The drama had a successful run setting a new record for a cable channel by achieving more than 10% of the viewership ratings for the last episodes. The staff prepared an epilogue episode as a way to thank the audience for the unending support, which featured few behind-the-scenes footages from the drama and interviews with the actors.

In one of the interviews, Go Ara shared about doubting herself as an actress before taking on this character. It showed that she didn’t have an easy time during the past decade since debut. In a recent interview with My Daily, she revealed some of the things she did to prepare for her role.

“Right when I received the script, I had an image of Na Jeong drawn in my head,” Go Ara said. “The director asked me if I would be okay. I was well prepared to ruin my image. That’s why I cut my hair with a knife for a shaggy look, and I looked like an idiot.”

Go Ara went on, “The director kept telling me that I had to gain weight in the beginning. The most I’ve gained was near 9 pounds, but Na Jeong has a good appetite. I gained about fifteen to eighteen pounds as filming went on. That’s why I was able to look like Na Jeong.” 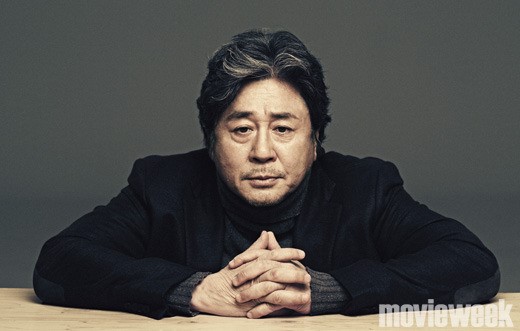 South Korean actor Choi Min-Sik ('Old Boy') has joined the cast of director Luc Besson's upcoming sci-fi superheroine movie 'Lucy'. The role will mark the first non-Korean outing for Choi and he will be appearing alongside Hollywood heavyweights Scarlett Johansson and Morgan Freeman.

The story for 'Lucy' centers around a drugs mule (Johansson) who is infected by her cargo and gains telekinetic powers, the ability to see into the future and a total disregard for pain. Freeman will play a professor who specialises in neurology, and is apparently the only person that can help Lucy survive. No word yet on Choi's role but you can bet your bottom dollar that he'll be the bad guy.

'Lucy' is scheduled to start shooting this year and will be released theatrically on 8 August 2014. 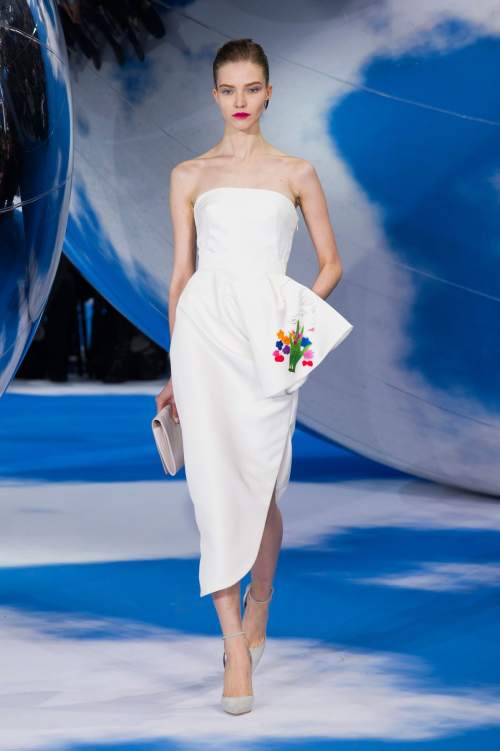 Open to: Friends, detailed results viewable to: All. Participants: 347

hocheolNAM
if this is the intro im assuming this is their title track. & good luck yg girl group.

dating scandal was probably her number one chance to get into Soshi and she's going for it.
Collapse