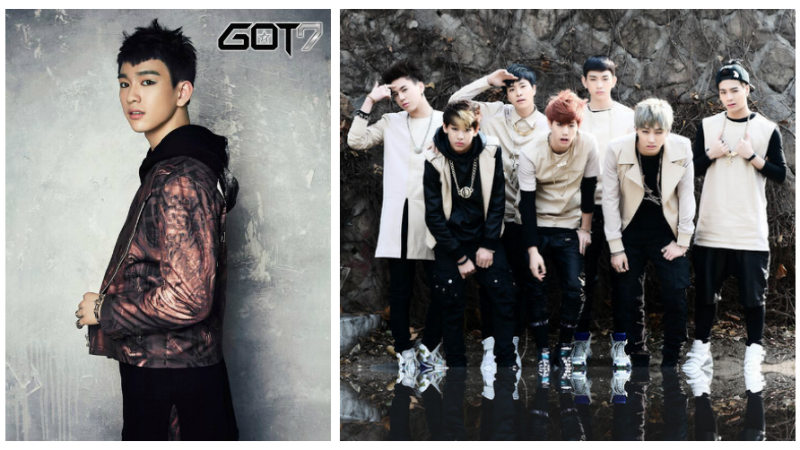 GOT7 member Jr. was unable to record for a music program because he is sick.

GOT7 recorded for SBS MTV “The Show” on January 28, performing their “Intro” and “Girls Girls Girls,” the title track from their first mini-album, “Got It?” However, Jr. was unable to be on stage with the other members as he had caught an influenza virus.

Jr. received a flu diagnosis on January 27 and is seeking full recovery.

According to his agency, JYP Entertainment, “Jr. complained of pain on January 27. He’s got influenza, and we are awaiting his full recovery. After he recovers, we will decide if he will continue with the schedule.”

GOT7 is enjoying popularity with their debut track “Girls Girls Girls,” and are in the middle of active promotions. 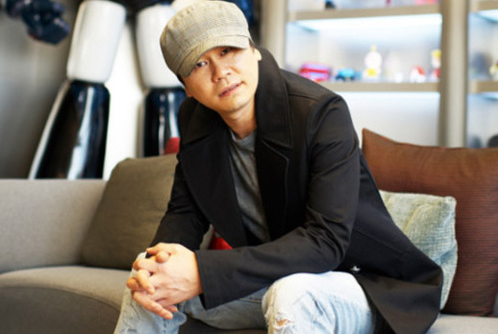 There are some things you never notice until it’s mentioned.

On January 26, YG Entertainment’s CEO Yang Hyun Suk met up with reporters someplace in Songpa-gu, Seoul where he shared, “A lot of people are curious and have kept asking me why I wear a cap.”

He went on, “People have asked me, ‘Are you bald?’ I wanted to prove that I wasn’t bald so there was a time when I showed up at the SBS’ ‘K-Pop Star’ recording without a cap on purpose. I wear hats because I really love work and work a lot.”

Yang Hyun Suk explained, “Even the shortest time washing and drying the hair in the morning feels like a waste. It’s not like I have people to meet. I mostly go to the office and return home. I’m the type to not really meet people.”


he wears hats because his hair is full of lies 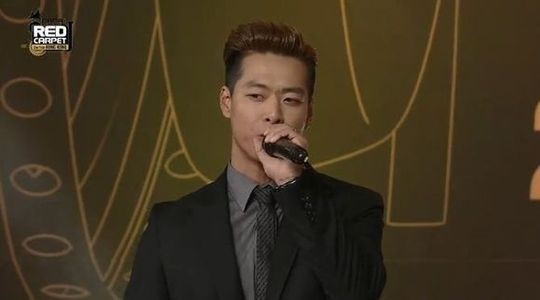 On January 28, one of his close acquaintances told OSEN, “Danny’s wife gave birth to their second son on December 25 in LA and the baby is healthy. Danny couldn’t hide his joy when he found out. Now as a father of two, Danny will be focusing on raising his children.”

He became a father in 2012 with his first son and now has his second son.

Meanwhile, Danny is receiving attention for his great sense of humor and impressive connections in both the US and Korea, which can be seen through his talk show “Danny from LA.”

It's not easy to predict who's going to breakout in K-pop. Backed by one of South Korea's top record labels, twelve-member boy band EXO finally broke big time with "Growl," that helped them compete with established K-pop acts' YouTube views and single sales in America, after more than a year after their debut single. Meanwhile, a silly newcomer girl group named Crayon Pop nabbed the ninth-biggest song of the K-Pop Hot 100 last year thanks to viral hit, "Bar Bar Bar" less than a year after debuting. But based on fan anticipation, past single performance, YouTube views and industry talk, K-Town has selected the five acts who appear best equipped to make a splash on the K-pop scene this year.

On Jan.15, JYP Entertainment (home to Wonder Girls, 2PM, miss A) unveiled their newest act, seven-member boy band GOT7. The multiracial group -- made of B, Jr., Mark, Jackson, Youngjae, BamBam and Yugyeo -- proved to be a YouTube force to be reckoned with as the music video for their debut track, "Girls Girls Girls," amassed more than one million views two days after its release. GOT7 is aiming for global stardom with members speaking multiple languages (English, Korean, Chinese and Thai), martial arts-inspired choreography topped off by their catchy, accessible Southern hip-hop sound heard in "Girls Girls Girls."

Lee Hwi Kyung (Park Hae Jin) hears from Chun Song Yi (Jun Ji Hyun) that Lee Jae Kyung (Shin Sung Rok) and Han Yoo Ra (Yoo In Young) was in a relationship, and starts secretly investigating him. Chun Song Yi becomes flustered after knowing Do Min Joon’s (Kim Soo Hyun) secret and goes to search for him, while Do Min Joon tries to take on all the blame in order to protect Chun Song Yi and starts to prepare his leave.

I'm gonna cry in a corner, don't mind me

Eh? It's a nice yet messy track, and is it supposed to be a Raina solo? Overall, I quite like this single but it's not as good as their previour Jp releases... considering the cheap mv with sloppy choreo and minimal promotions, I guess they weren't really trying with it either. 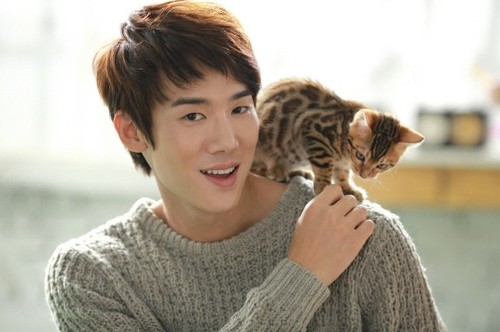 Yoo Yeon Seok, who recently became very popular in Korea by appearing in hit series ‘Reply 1994,’ announced that he will be vising Africa soon.

According to his agency, Yoo and NGO World Vision have prepared for this project for a while. When he arrives there, the actor will share hope and dreams by painting their school and support them to live in better conditions.

In addition, the actor is planning to hold a small sports day for 350 children so that they can remember this day forever and share love.

Regarding this voluntary service, Yoo Yeon Seok said, “I always have thought of helping pure children in Africa and I just got this great opportunity. I’m going to do my best to support them dreaming future in every way possible.”

He was able to work with a solid team for this project. “I Call It Love” is written by Choi Eun Ha, who is known for writing Lee Eun Mi’s big hit “I Have A Lover.” Kang Hwa Sung, who arranged Naul’s popular track the previous winter “Memory of the Wind,” also participated in the project. The music video features Urban Zakapa’s Park Yong In and the scenes are clips from Thomas Ko’s short film “Picnic,” which won an award at the Pan Pacific Film Festival.

Hongil Kim is highly praised by senior composer Yoon Il Sang. The public might be familiar with some of Hongil Kim’s earlier works including the main theme from drama “Goddess of Fire, Jung-Yi,” Bobby Kim’s “Forever You” and Baek Ah Yeon’s “Tears Are Also Love.”

her voice is beautiful! she's gonna debut this upcoming May 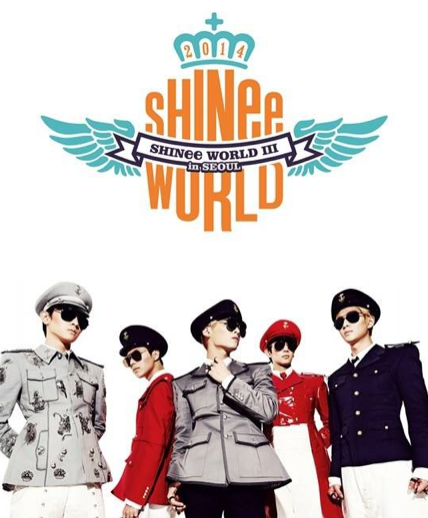 SHINee will be holding their third concert in Korea in March.

The group will be holding a two-day concert from March 8 to March 9 at the Seoul Olympic Park Gymnastics Arena, “SHINee Concert – ‘SHINee World III’ in Seoul.”

On top of their hit tracks, SHINee will also be performing other songs from their albums that they haven’t promoted as heavily. SHINee will be experimenting with their stages to diversify their musical sound and performances. They are expected to pull off fantastic performances with a high degree of perfection at their upcoming concerts.

SHINee has had three continuous hits in 2013 with “Dream Girl,” “Why So Serious?” and “Everybody.” The group has received recognition both at home and abroad for their unique music and talent. SHINee also held their second Japan nationwide concert tour in 2013, “Japan Arena Tour SHINee World 2013 – Boys Meet U,” meeting over 220,000 fans through their 15 concerts in nine cities. 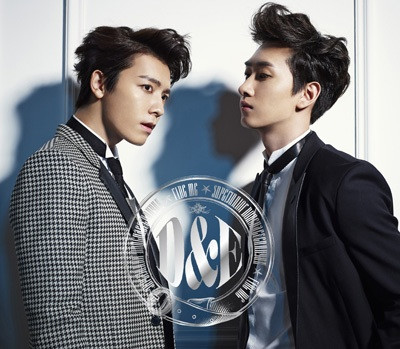 Amoeba Culture announced that the contract with Simon D will end on January 31.

Today, Simon D and Amoeba Culture admitted that the contract between the musician and the agency will be over on January 31, 2014.

According to the agency, both of them have discussed about the future of the musician for a while as he wished to stand on his own before getting older.

Simon D was originally a member of duo group Supreme Team. However, his team member E-Sense left the agency after getting caught smoking marijuana so the duo, in fact, broke apart ever since then.

Simon D's agency, Amoeba Culture, added that all the staffs will still support his future and be in friendship even after Simon D leaves.

Saw Simon D's tweet about it on tumblr, but this was the only site I saw an article (besides AKP).

Imagine Justin Timberlake's boy bander-turned-credible musician pedigree and Kanye West's genre-bending artistic daredevilry, and you'll get an idea of G-Dragon's standing in K-pop -- though his reach is expanding rapidly beyond Asia.

gif cr: namwooo
Dongwoo's diss at the end tho lmfao. 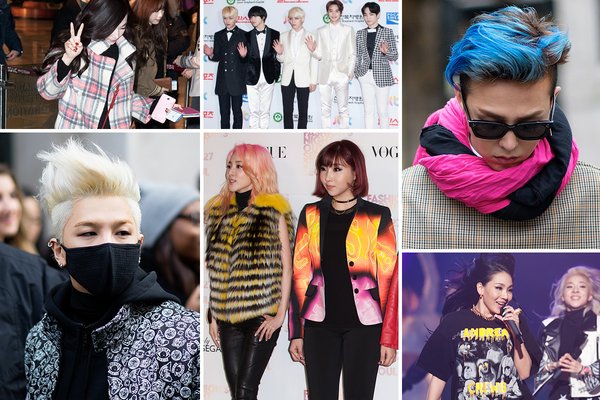 Of all the street-style stars to descend on Paris in the past few weeks, some of the flossiest — and most original — have been rapper G-Dragon and singer Taeyang, of South Korea's beloved boy band Big Bang. Spotted in the front row at most of the bigger couture shows and fall menswear shows, they caused a general spectacle with their penchant for bejeweled boleros and multi-colored hair.

This is the first time G-Dragon has appeared at Fashion Week since a brief, pink-haired appearance in 2012, but Taeyang has been on a roll. He caused a frenzy with street-style photographers last summer in Paris, attending the men's shows with a foot-high faux-hawk and kilts of tartan-plaid and bandana-print (with matching bank-robber face-gear). G and Tae have a mutual distaste for rules regarding color, fit, or gender. To that end, during the shows in Paris, the boys greeted many admirers, including Karl Lagerfeld at Chanel, Alber Elbaz at Lanvin, and Carine Roitfeld at Saint Laurent.

But the Bangers aren't the only K-Pop stars making the street-style rounds. Blogs like K World Style, Kpopstarz, and K-Fashionista breathlessly chronicle the looks of the genre's best-dressed, including an ever-popular "Airport Style" feature — because unlike a good third of all U.S. celebs, you'll never see a member of 2NE1 slogging through LAX in ratty flip-flops and Christian Audigier leggings. Click through our slideshow for a primer on the K-Pop street-style clan’s best and brightest.

Anyhow, I guess you can say a lot about "k-pop style" (if there is such one thing), but it's hardly ever boring. Certainly very colourful, which I like. Fitting that they highlighted the airport fashion thing, because in k-pop it seems to have been elevated to the most Important Fashion Moment of the week. Naturally you want to look good, but I find it a bit curious.

In your opinion who dresses the best in k-pop (both on and off the airport, haha)? Any examples of favourite styles?

DSP Media has confirmed that the rumors about KARA having new members are false.
An official released today that nothing has been confirmed for KARA as of yet.
It was reported that an article was released earlier stating that KARA would add 2 new members for their upcoming comeback.

DSP has stated that they are still debating on KARA's situation and that they are thinking through carefully before making a decision.
They have asked fans for their patience as they thoroughly go through all the options.

Recently, member Nicole has withdrawn from the group, and member Kang Jiyoung has stated that she will withdraw when her contract ends in April.

( Collapse )
Blonde adorable troll goddess thanks you for your time! Ignore that other post MOD, my bad!