To the youtube commenters saying he's gay/ looks gay, smh. You can all jump off a cliff. Feminine is a perfectly acceptable word, why the copious use of the word "gay"? GD's the perfect person to pull this off imho.
Gunwoo

I wish they promoted as much in SK as they do in Japan.

Maybe Sojung should have her own tag... yes? yes? 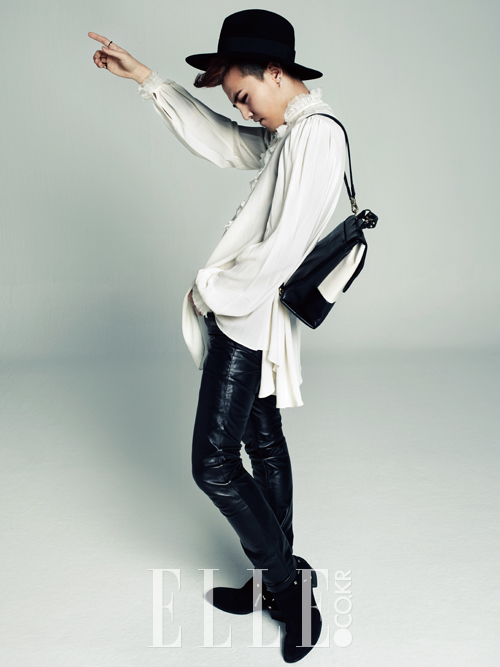 A 47-year-old woman was caught by police for keeping her husband’s corpse at home, YTN reported Wednesday.

Police booked her without detention for abandoning a dead body of her husband who died of liver cancer in 2006.

The woman who works as a pharmacist embalmed the body and kept the mummy in her living room for seven years.

The woman’s children even said bye to the dead body before going to school as usual.
Although she continued running a pharmacy after her husband’s death, she shut herself and her family from all outside contact in order to hide the dead body.

The woman believed that her husband can be raised from the dead by her prayer.

ETA: For those of you with faint of heart, the mummy pictured isn't that husband, but a mummy from a b-movie in the 40s. However, if you say mummy five times in front of a mirror he will pay a visit to you during the following night... LOL Who knew that old movie monster would be this scary for some of you. 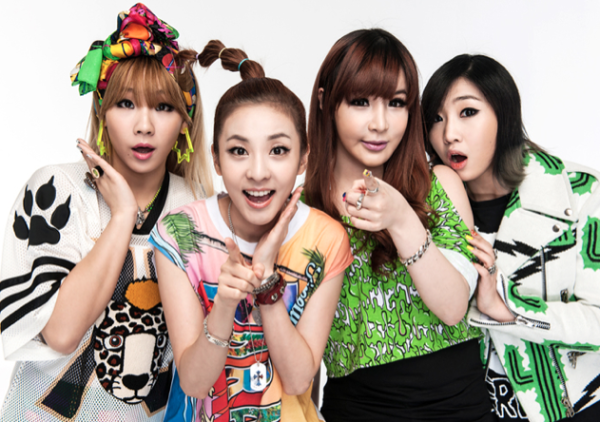 Although YG Entertainment has always produced music videos of sizable scale, the budget allocated for 2NE1′s music video production costs this time is an exceptional amount.

In order to produce a music video that stands apart from the rest, YG Entertainment is keeping it a big secret as to who they will select as producer and part of their team of staff. Word has it that the producer will be a new face in the industry.

2NE1 will be making their comeback with second album, “CRUSH” on february 24. “CRUSH” will feature ten tracks and the third track is said to have been composed by CL.

On march 1, 2NE1 will give their first comeback performance in Seoul to kick off their world tour.

Flawless tbh. Girls look great, the MV story is good and I love the song. Slaydies' Code are coming for the spot WG have vacated. 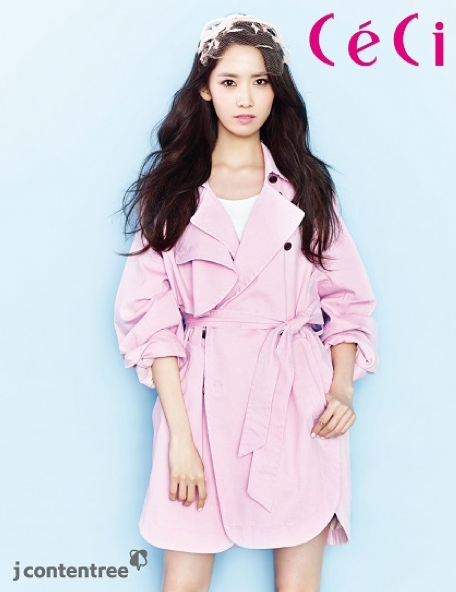 The star has proved once again that she is one of Asia’s top stars with news that she will be featured on the cover of the March issue of fashion magazine CeCi. You can see her pictorial in the Chinese, South Korean and Thai editions of CeCi magazine.

In the photos YoonA wears a pastel pink coat to match the lovely colors of spring.

Part 1: The Article Itself

The desperation is REAL

I know this is old but I had a sudden rush of Yewon feels.

For a schedule of what's going on each day, you can check here at the sochi 2014 website and well as the bbc website.

Here is a list of all the athletes for Team Korea competing today!! NGL, the Sochi website is pretty well set up and has been awesome for figuring out times and such for events (especially since you can have the times synced to your timezone~)

Also, here's Sanghwa again~ Showing that you can be a gold medal Olympian and still have fab nails ;~; ♥

Turn on CC for subtitles~ The interview is really funny

Check this out: Mwave Shop - Spica Online Meet & Greet (20 Feb)!
Had to read the info a few times but basically - one autographed CD = one tile on the 7x7 mosaic, Spica (or so they say) will pick 10 tiles per mosaic during the online fan meeting (open to everyone) to receive an autographed badge. Top supporters will get more signed stuff, check the page for more details! Anyone (from Singapore) kind enough to allow me to make an order on their behalf so I can get an extra chance? XD

Boyfriend will release their 4th Japanese single "My Avatar" on March 26th. The theme is "the near future". 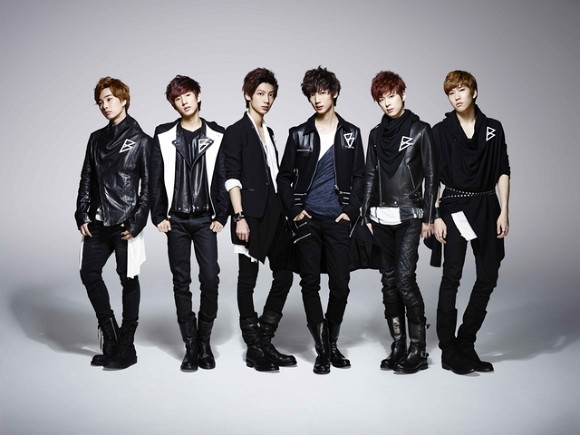 The word in the title "Avatar" has the meaning of "alter ego". To the people listening it could mean the part of you that is a lover, a sibling, a rival or your own self, and it's a song that depicts the love and discord of those different parts.

Until now, they showed a sweet image both in their music and visuals. For their 4th single, they will undergo a change of image with a cool, stylish dance number that has an air of the near future drifting about it.

They will challenge an acrobatic dance in their music video. Besides the normal music video, included in the first press limited edition A version will be a full dance focused recording of the high level dance.

Also contained in this single and going along with the "near future" theme are two contrasting visual images. In both outfits, the B logo on their chest represents cipher text from the future, and show that the 6 guys are people from the future. There is the wild and cool, black styled Boyfriend, and the white styled Boyfriend that has white hair extensions, colour contacts, face decals, and are slowly being invaded by iron. Boyfriend dressed stylishly as "future people" showing these varying expressions is a must see. 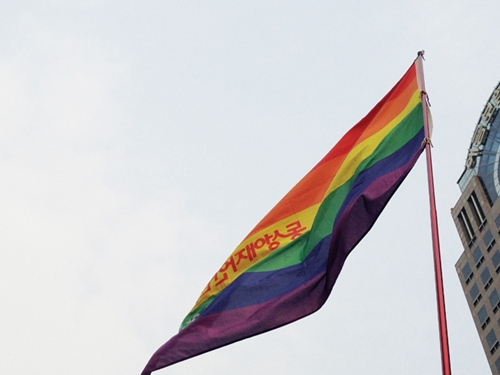 Somewhere Under the Rainbow

Queer rights activists in South Korea step up efforts to support and protect LGBTQ youth, with plans to build a long-term shelter and resource center in Seoul.

IN APRIL OF 2003, a gay South Korean high school student who went by the name Yook Woo-dang committed suicide in the Seoul office of a queer rights organization, Dong In Ryeon (also known by the English name Solidarity for LGBT Human Rights of Korea). Though just 18, Yook had already been active in the fight for LGBT equality, often writing opinion articles and even participating in demonstrations against the war in Iraq “under the rainbow flag.” Along with his last $30, the young, devout Catholic teen left a suicide note, which expressed both encouragement to his fellow queer rights activists, as well as his indignation with discrimination against sexual minorities, especially by the Christian right.

“How cruel and anti-biblical it is to discriminate against sexual minorities,” Yook wrote. “After death, I can proudly say that I am gay, with no need to suffer, no need to hide myself anymore.”

**Edited to correct a spacing issue 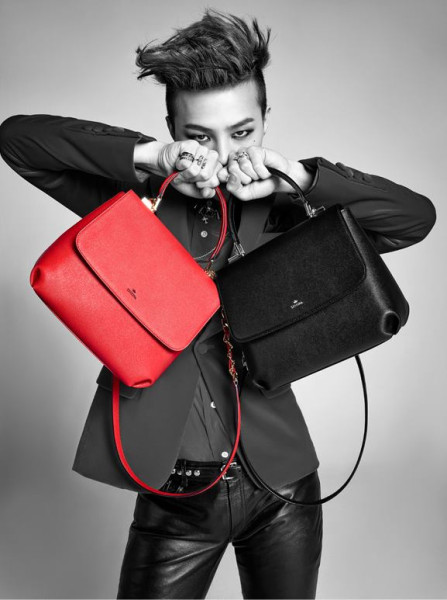 miss A's Suzy has become one of the hottest trending topics on social media due to a small incident on the 3rd Gaon Chart KPop Awards.

miss A performed their hit song Hush on the show and Suzy encountered some problems with her outfit during their performance. She was seen continuously holding the back of her dress, despite the incident she showed professionalism and completed the entire performance.

She then received praises from fans worldwide and became a trending topic on Twitter.

( Collapse )
Omona, what are your most memorable Kpop wardrobe malfunctions?

when will you release a new song, phantom, when?
Collapse