Many eyes are on SM Entertainment with its latest business move.

On February 28, the major label is in the spotlight for investing stocks into new indie label Baljunso. The former director of Can Entertainment, Kang Byung Yong, founded Baljunso in 1991. Some of the artists in the indie label include Kim Jong Seo, Jang Hye Jin, Park Sang Min, and Can.

CEO Kang Byung Yong stated on February 26, “Rather than the mainstream K-Pop scene that’s currently lead by idol groups, our main goals at Baljunso is to revive the non-mainstream scene including hip hop and band music.”

He continued, “SM Entertainment, who is leading the Korean Wave, invested shares [into Baljunso] to help globalize the diversity of K-Pop and plans to establish distribution, marketing, and additional business ideas within Korea and abroad with a cooperative relationship with Baljunso.”

“I’m aware that there are talks about how the indie scene is not doing well,” he went on. “We’re going to create a system where indie musicians will not have trouble with music production and promotional activities.”

Meanwhile, Baljunso plans to show the diversity of K-Pop through its “Baljunso Worldwide Promotion” event on March 4 in Hongdae, Seoul. The event will be streamed live through SM’s official channels Genie, Ustream, and YouTube.

[sm coming for all your faves lbr]

And ya'll were worried 2ne1 was done for. Get that money CL. This must be a huge weight off their shoulders. Congrats 2ne1.

Mysterious two-member female group, Poot Poot debuted with, “Freshman Song” on CJ E&M Entertainment‘s official music channel! Without any teasers or fanfare, the music video was uploaded to CJ E&M Entertainment’s official YouTube channel on February 27. No other information about the members has been included with the video.

One girl plays a miniature keyboard and the other an acoustic guitar, as they stand by the signs of various universities and colleges and sing the “Freshman Song.” The cheerful melody is addictive and their sweet vocals complement each other well.

The song lyrics describe the excitement of a college freshman’s first day of school and what activities a first day would entail, such as meeting other students for the first time. The music video also features cute cartoon versions of the girls playing their instruments. 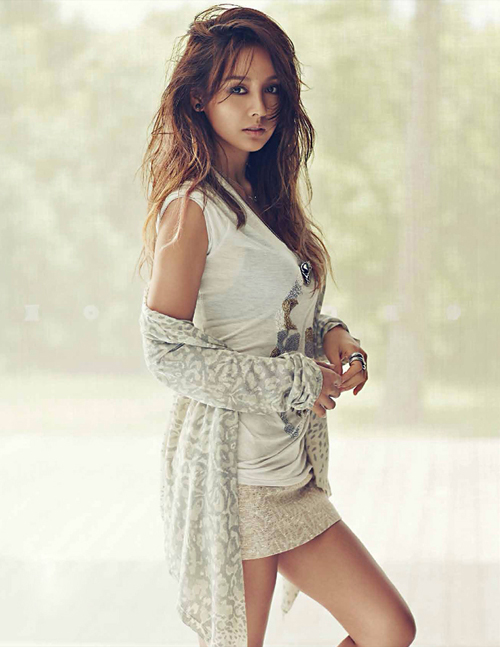 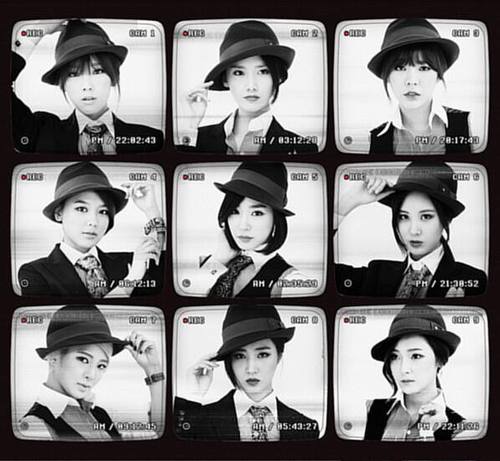 The MV for "Mr Mr" will be released at 10pm KST today. In the meantime have some new freaking awesome teaser pics!

They're just so damn perfect ;_;

2. [+1,452, -564] Sajaegi ㅋㅋㅋㅋ The song randomly hits #1 on the charts at dawn because people in their 50s and 60s randomly started listening to? ㅋㅋㅋ and somehow manages to beat out Gangnam Style and Cherry Blossom Ending? ㅋㅋㅋ If you're going to do sajaegi, don't make it so obvious

3. [+1,414, -548] This company does way too much sajaegi... Songs like Give It to Me and K. Wills songs were good but definitely not good enough to have such a long run at the top of the charts for as long as they did.

8. [+304, -67] I never believed the SISTAR sajaegi speculations but after seeing Soyou win #1 like this... I can't help but be suspicious now as well.

lol imo aside from hyeri's parts, that version of Something is sooooo uncomfortable >.<
but yayyy 4 live singing!!! they sound great!! :')

Burberry Prorsum Yellow Off Shoulder Lace Dres, 1995$ you may remember it from here 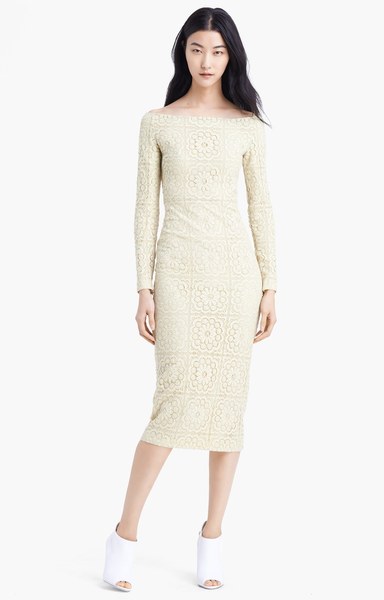 Open to: Friends, detailed results viewable to: All. Participants: 283

On February 28, a source of the duo told MBN Star News, “Davichi has ended their contract with Core Contents Media. They have decided not to renew the contract.”

Davichi’s contract with Core Contents Media ended on February 23. The duo and the company had been carefully discussing a possible renewal, but it was decided that Davichi will leave the company.

No official announcement has been made on what direction the duo will go in the future. Davichi is unquestionably the leading female vocal group, and it is reported that companies have already started showing them interest.

Davichi debuted in 2008 under Core Contents Media with their first album, “Amaranth.”

Davichi will continue to release more albums with Core despite their contract expiration out of loyalty.

SAME RULES AS BELOW 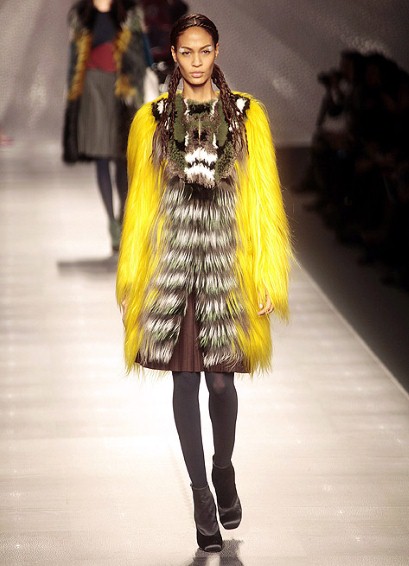 Open to: Friends, detailed results viewable to: All. Participants: 278 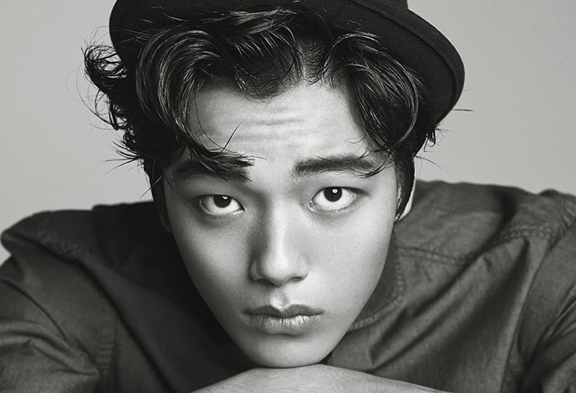 “Kwon Bob” is a Korean-Chinese large scale collab project between CJ E&M and China Film Group (CFG), and the Chinese production company Pegasus & Taihe Entertainment will be co-distributing, sponsoring, and producing the film.

The film is a sci-fi fantasy set in a future with quickly depleting energy sources, and is about a high school boy named Kwon Bob (Yeo Jin Goo) who by chance comes to a village where criminals live, and must fight to protect the village’s secrets of unlimited energy from dangerous powers.

With a screenplay and direction by Park Kwang Hyun, the director of 2005′s “Welcome to Dongmakgol,” anticipation for this film is high. The film will start filming in the latter half of this year, and is tentatively set for a premiere in 2016.

On casting actor Yeo Jin Goo for the role of Kwon Bob, a CJ E&M official said, “In the emotional portrayal and action skill that he has shown us through various works, we saw an endless potential in him. We believe he is the best fit to pull off both the emotional and physical aspects of this film.”

Originally, the role of Kwon Bob was supposed to be done by actor Jo In Sung as his comeback film following his military discharge. In the beginning, the film production ran into difficulties, and the film was folded, then back up and running again. Eventually, after roughly a 3-year wait, although the film finally scored a budget of 20,000,000,000 won (approx $2 million), Jo In Sung withdrew from the film due to scheduling conflicts.

sorry mods! anyways, i found a better translation, and i dont need that spolier anymore :)

for the latter part of the clip.

We expect the music video release date to be Monday morning,

but we will make an official announcement with precise date and time on YG LIFE.

We deeply appreciate your understanding."

The wildly popular series “Man from the Stars” has recently revealed some intriguing behind-the-scenes and casting secrets such as how Jun Ji Hyun convinced Kim Soo Hyun to join the cast, Park Hae Jin‘s last minute role change and more.

It’s safe to say that “Man from the Stars” is quite possibly the most popular TV program at the moment. Jun Ji Hyun and Kim Soo Hyun’s amazing chemistry and acting have led viewers to laugh and cry for each episode. In just four episodes, the drama surpassed the 20% viewership mark.

Here are some of the casting secrets that have been revealed for the first time.


the casting story of evil huyng was a shock to me tbh, Thank God it ended that way