K-POP on YouTube is hosting an event to congratulate Girls' Generation's comeback! Please come and join the event! (http://www.youtube.com/KPOP)
* Event
1. How to participate:
- Watch Girls' Generation 'Greetings' video above.
- Post your support comments for the members.
2. Prize: Autographed Girls' Generation CDs to 5 fans through a lucky draw.
3. Term: March 3rd ~ March 16th (KST)
* Make sure to subscribe to YouTube K-POP Channel first. Non-subscribers will be excluded from the draw.

The sex-lib (sex+ad lib) masters are on full force in variety programs these days.

Shin Dong Yup rose as the representative of the blooming stars of this so-called 19+ talent golden era. His witty words aren’t a skill that he developed somehow recently. Even in variety programs of non-cable channels with high evaluation standards, he used moderate dirty jokes sometimes leaving his guests flustered, which helped him to develop a fanbase by word of mouth. Then, as he joined cable channels variety programs like tvN “SNL Korea”, jTBC “Witch Hunt” targeting an adult audience, Shin Dong Yup turned into the “19+ King”. It seems fair that he’d land these MC gigs since he built his own territory where he has no competition.

i know this is old but worth a read!
hong suk chun is freaking awesome, i like how he's appearing on more and more shows these days, his apperance in wgm global was gold

The interview progressed through the “alcohol telling the truth” process. Here in front of a good draft beer. Sitting face to face in an Itaewon’s pub on a Saturday night. The photo shoot had already been going for two hours. Because he changed clothes four times for four cuts, he was thirsty. That was the excuse we agreed on to have a drink. Throughout the conversation, I wasn’t the one talking the most, it was Kang Ha Neul. Just a month ago, he was the anxious and taciturn “Hyo Shin-sunbae” (the role he played in “The Heirs”). As time went by, as stories were shared, there many surprising things. For instance, his words going nicely out of tracks.

He had decided not to enter college as a way of rebellion against the standardized college entrance exam system. That happened during his second year of high school. Going back and forth working in plays and musicals, and also working on his filmography. More than stubbornness, he was full of the actor’s determination. In the musical “Thrill Me”, he took on the challenge to play Richard and Nathan, the two main roles. This is what he did in 2009 and 2010. When asked why, he said he was painfully aware of his own limits and was worried. “I cried a lot while rehearsing for this production. It’s not because I didn’t immerse myself in the role. I thought the depth of my acting was actually shallow and that made me cry.”


I like a woman who loves her job and her dreams more than her boyfriend. I find attractive women who have solid dreams and work hard for them. - he's so perfect i can't

“Emergency Man and Woman” began barely a month after the end of “The Heirs”. Isn’t it working without taking a lot of rest?

I’ve never had any thought of resting. It’s just that my resting time gets longer when I don’t work. When I get a job, I can’t wait to do it.

Are you the busy bee kind?

It’s not like that. In this field, if you don’t work, you get forgotten, so I have the “when I can work, let’s just work” mindset. I want to do as much great projects as I can before I go to the army because I’ll be craving for it again when I’m in the army.

Yeo Jin Gu who turned 18 this year talked about his friends’ teenagehood or dating life, runaway kids stories. It seems like actor Yeo Jin Gu is aware that, compared to his friends of his age, his growth is happening through a different process and in a different place.

Filming finished early yesterday, so I slept a lot. Up to 12 hours. I realized that people could sleep this long.

I feel it now that I talk to you. I think your voice is different compared to the time you held an interview with Nylon a year ago.

Really? I don’t know. It’s true that some people say this to me. They say my voice is lower and thicker. Looks like my voice changed a lot in a year. 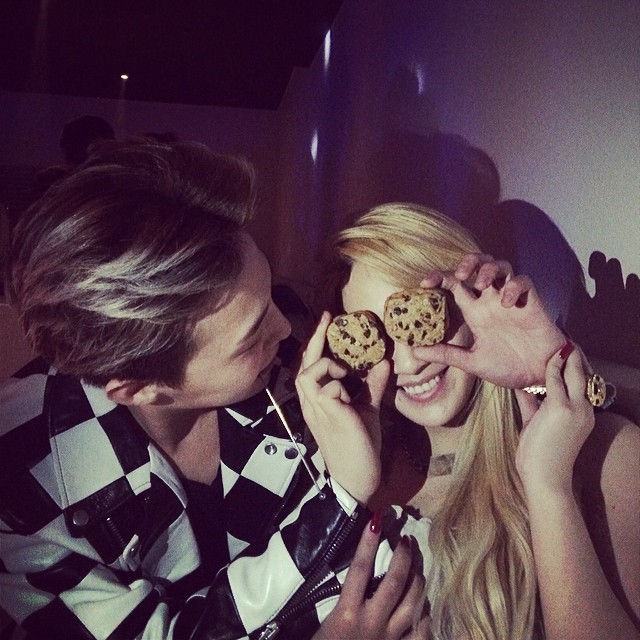 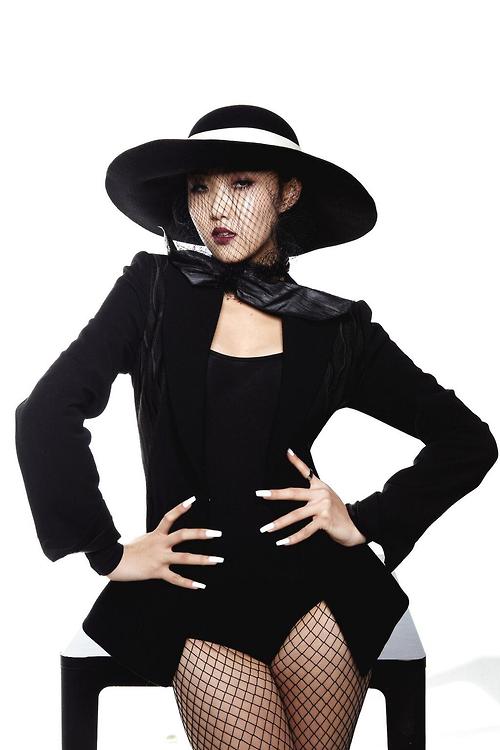 On March 3, it was reported that Super Junior‘s Shindong will be enlisting in the army.

Reports said that Shindong recently received his draft letter, which gave an enlistment date of March 31.

However, SM Entertainment revealed that Shindong filed a request for an extension until June. SM spoke with OSEN and said, “He did receive an enlistment date of March 31 but he would like to participate more in the upcoming Super Junior concerts and broadcast activities, which is why he asked for an extension.”

If Shindong’s request does not go through, he will have to enlist on the expected date of March 31.

Starship Entertainment revealed to TV Daily on March 3, “Bora has joined ‘Doctor Stranger.’ She said, ‘It is my first time [acting] so I feel nervous, but I will work hard,’ and expressed her strong mind. Please look over her prettily.”

This will be her first time try out acting, and she will be taking on the role of a tomboyish North Korean defector. She has a one-sided crush on Park Hoon (Lee Jong Suk), with whom she will start living together after her escape from North Korea. Lee Jong Suk and Park Hae Jin have been already been cast for the drama.

Bora will be the second SISTAR member to venture out as an actress, Dasom being the first. Until now, Bora has shown off her entertaining nature on popular variety shows, and many are already anticipating her acting debut.

“Doctor Stranger” will tell the story of a North Korean doctor, who escapes to South Korea, but does not feel comfortable in his new home land. The drama will air after “God’s Gift – 14 Days” ends.

I thought this was really cute <3 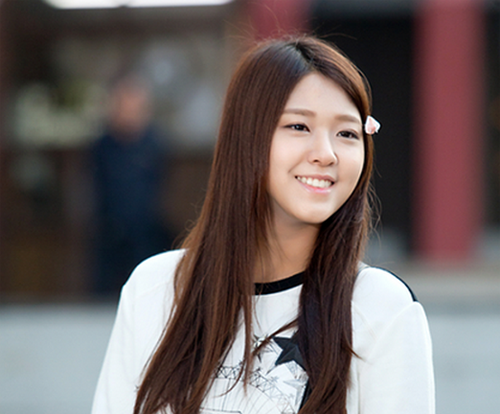 Following last week’s reports that AOA member Seolhyun auditioned for “Gangnam Blues,” it has been confirmed today that the idol-actor will definitely be joining the film.

Seolhyun was one among many other idols and young actors to audition for the movie, with the competition rate of 500:1. She will play the role of Sun Hye, the figurative younger sister of the lead male in the movie. Sun Hye is like a younger sister to the hero, Jong Dae, who grew up as an orphan. Sun Hye is family to Jong Dae, who struggles to protect her until the very end. Actor Lee Min Ho has already been cast as Jong Dae, who is described a tragic hero.

“Gangnam Blues” is a noir set in the 197os, right at the start of the real estate boom and development of the Gangnam area, and covers the story of conflict between the government and other darker organizations in their struggle to gain control and influence. Directed by Yoo Ha, it is expected to hit theaters late this year. It is currently in the final round of casting and will begin filming soon.

Seolhyun has a lot of non-group related activity, could she get her own tag? please...

CNBLUE were boring but Eun Kyung cracked me up.
Happy Birthday Kang Gary! 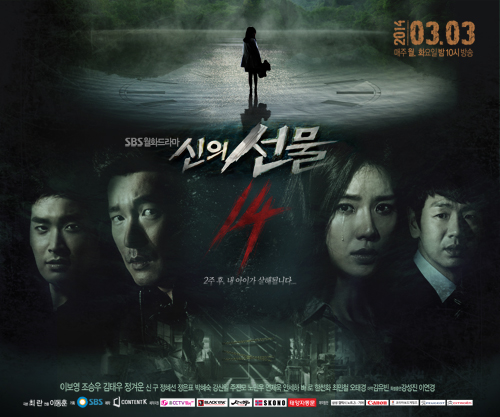 SBS | SBSNOW | soompi | viki // lord this is too interesting and controversial at the same time but praying it'll slay!!! also eng subs are completed around 15 hours after the original airing :)

Seven-member boy group 100% will be making their comeback soon as a five-member group, announced its agency on the group’s official homepage.

TOP Media revealed that members Rokhyun, Jonghwan, Chanyong, Changbum, and Hyukjin are currently preparing for the group’s comeback, aimed to be mid-March, with a new album. They will be performing as a five-member group, with member Minwoo leaving for his mandatory military service tomorrow, March 4, and member Sanghoon leaving the group for personal reasons. The notice from TOP Media stated, “100%’s youngest member, Sanghoon, will be deciding on his path after taking some time off to rest and recharge. We ask for the fans’ support and encouragement for Sanghoon and his decision.”

The notice ended, “We ask for a lot of interest in 100% upcoming new album promotions. Thank you.”

Good luck to Minwoo on his military service, and we send our support to Sanghoon!
( Collapse ) 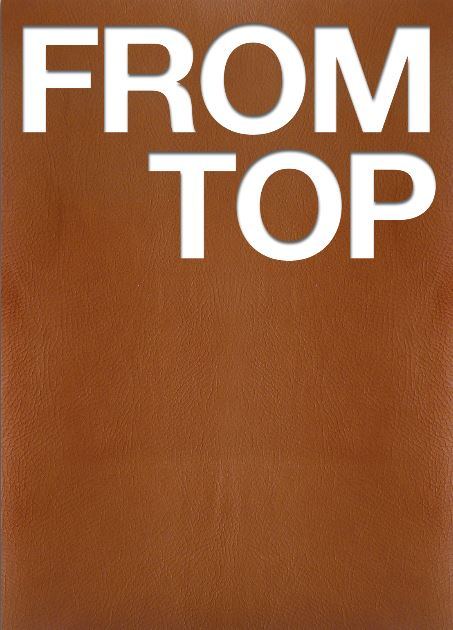 Now we know what CL insta post was about... I guess
Also my birthday is April 30th

Basic Background:
Forbes Celebrity 40 is determined by first taking the top 100 most searched people of the year (data provided by Nate) and ranking them based on 4 different measures:
1. Sales - estimated based on appearance fees, CF guarantees album sales, etc. + reported overseas income
2. Media exposure - number of apperances in the top 3 newspapers, covers of 8 magazines, Ilgan Sports
3. Television exposure - CF model ranking and appearances on talk shows and variety shows
4. Professionalism - TV ratings for actors/MCs, total audience for movie actors, Gaon digital and physical sales rankings for singers, competition results for athletes
Final list is the 40 celebrities with the highest average ranking across all 4 categories.
*Note that sales especially are subject to error because data may not always be complete.

Queens in their rightful place

typical OST song but his voice is ♥ 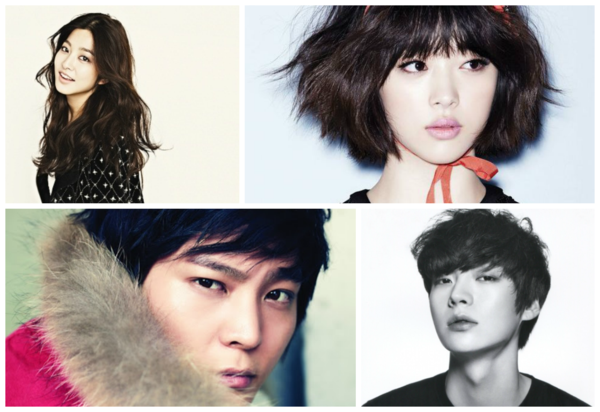 Recently, Joo Won and Sulli were cast in the movie “Fashion King.” On January 5, the movie’s distributor Next Entertainment World (NEW) revealed the rest of the cast.

“Fashion King” is about a high school boy, Woo Ki Myung, who is determined to become the coolest guy in the world in order to be noticed by a girl in the same class. The movie is based on a webtoon of the same name by comic artist Kian84, and will be directed by Oh Ki Hwan, whose works include “Last Present” and “Art of Seduction.”

this is a bit 'two months ago' but I thought I'd inform omona on this movie with great people :)

On Monday, a representative for MR.MR confirmed that the group's new single, also entitled "Mr.Mr" is a diss track directed at the members of Girls' Generation for using their band name as a song title.

Released on Feb. 28, the same day as Girls' Generation's "Mr.Mr." was released, it was the online K-pop community that first discovered the true message of "Mr.Mr" by MR.MR.

You still with me? 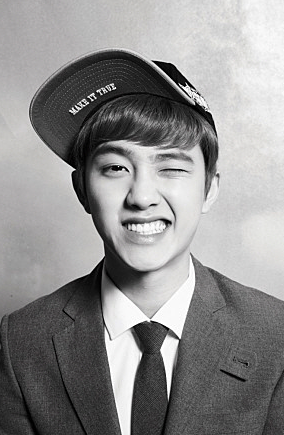 EXO member D.O is making it clear that he is firmly establishing himself as an actor.

Recently, D.O has been cast in the movie ‘Cart’, as well as SBS’s upcoming Wed/Thurs drama, ‘It’s Alright, It’s Love’ (script by Ro Heekyung - directed by Kim Gyutae), marking his challenge towards the acting industry. While promoting as an actor, as opposed to a singer, D.O intends to use a different name. He will be using his real name, Do Kyungsoo. A representative from D.O’s agency, S.M. Entertainment, announced, ‘Up to now, D.O has been introduced as a cast member of ‘Cart’ using his stage name, D.O, but from now on, while promoting in his acting carrer, he intends to use the name Do Kyungsoo.’

'It's Alright, It's Love' will be broadcasted in July, following the conclusion of 'Three Days'.

Hmmmm.... this makes sense because out of all the stage names in EXO (Kai, Suho, Kris, Lay, Chen, Xiumin, D.O.) the fandom definitely uses "D.O." the least, I'd say the vast majority of fans call him Kyungsoo anyway. Also, this makes it seem that SM is legit serious about him acting (!!!!!!!)