[+ an unsubbed interview]this was from the end of january, but it wasn't uploaded until a couple of days ago.


d:elta and i:ota are mcing, basically. there's talking, h:eta dancing, f:ie dancing to 24 hours, some singing, some impersonations, and yeah. i didn't really understand much but they were cute. ;v;

oops i forgot to post these earlier.
mwave meet and greet on the 11th!!

[I attempted One Junn&apos;s talent and failed]

Seogoong impersonates Naul (I want to hear a proper cover!!) and a gagcon character


(For some reason the remaining 8 minutes of this video is just a still of Jin...)


[ Here&apos;s a playlist of all performances in broadcast order ]

After releasing the album online on February 26, the tracks shot to the top of the charts and have been performing well since. However, fans have been waiting the possibility to hold an actual album in their hands, and that chance was finally granted on March 7. 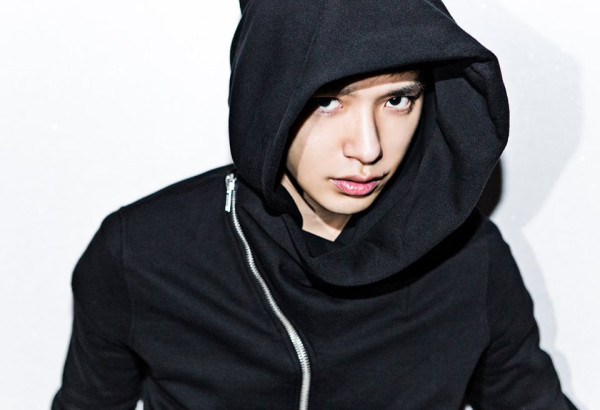 Apparently, he's been pretty busy after his contract with Amoeba ended.
( Collapse )

Was just thinking he would sign over to them the other day but was never expecting this to happen. This is great since he has an eye for talent. 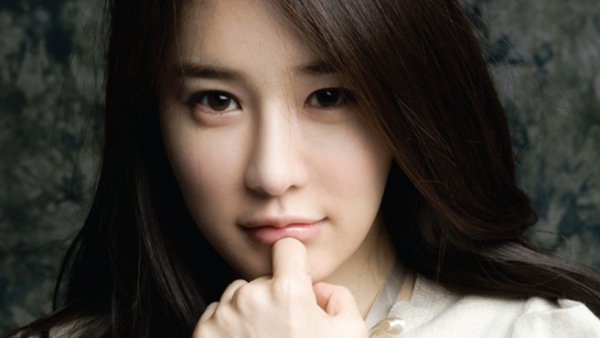 Yoo In Na, the new emcee of the beauty program "Get It Beauty", recently discussed her own beauty regimen and how she achieves such flawless skin.

The actress who appeared in the hit drama "You Who Came From The Stars," says that she does not do anything unusual. Her regimen relies on the basics and she rarely sees a dermatologist.

"I use methods that everyone knows about but sticking to a routine can be hard," she said.

"It was windy / I had an affair #JejuIsland"

(Note from here: "GD's using word-play with his Infinity Challenge song "I Had An Affair", but also talking about it being windy. The Korean sounds like "Baram-nass-oh", so it also sounds similar to the song.") 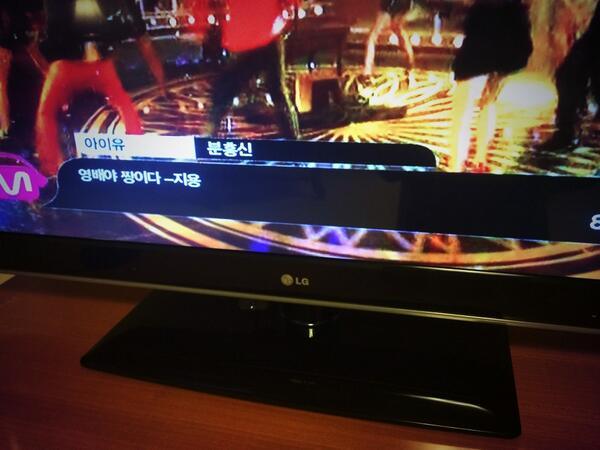 "Woah Daebak I was bored so just sent a message and it appeared ! Kkkkkkkkkkk  surprising surprising"

(Note from here: The message on the television says "Young Bae-ya is the Jjang- Ji Yong".  'jjang' is slang for 'the best/greatest/most awesome.') 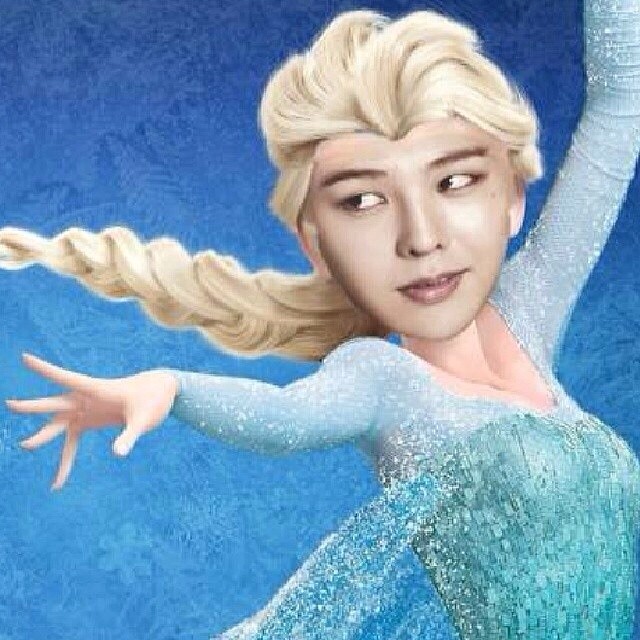 He liked this manip on Instagram, which I thought was cute. For more of his likes see here, there's some eh interesting stuff there.

Most fabulous Pikachu ever with that outfit, haha. Anyway, two of my favourite things combined! (gd & pokémon ofc)

As expected he did well with his flexibility, though his back seemed to be in permanent pain. I remember on Winner tv he also said his back hurt when he did his 'lizard' walk. :/ Be careful, Jiyong.


Rope-jumping (all of Big Bang)

This is a cute gd appreciation post. ♥ I really enjoyed watching the fancams and hope you'll do too! (Feel free to add more :D) 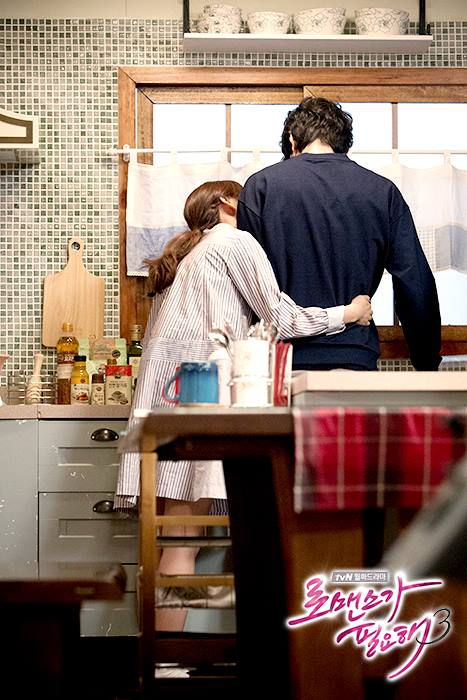 Plot:
Shin Joo Yeon (Kim So Yeon) is a successful 33-year-old career woman who, because of bad past relationships, is jaded and no longer believes in love. That is, until she is reunited with a much younger family friend, Joo Wan (Sung Joon), who has made a name for himself as famed DJ Allen Joo. He's smitten with her, having harbored a crush on her since their younger days, and pursues her relentlessly. Will his love heal her heart and make her believe in true love again?
Cast:
Kim So-Yeon, Sung Joon, Namgung Min, Wang Ji-Won, Park Hyo-Joo, Yoon Seung-Ah, Park Yoo-Hwan

Open to: Friends, detailed results viewable to: All. Participants: 26

Are you happy with the ending?

Was the drama worth a watch

Girl's Day's Yura channeled Elsa from "Frozen" in the teaser video for new SBS variety program "Roommate". Wearing a blonde wig and a similar outfit, she got to show her love for the movie by role playing as Elsa and lip-syncing to Idina Menzel's "Let It Go".

Near the end, Jun Hyun Moo asks Yura, "Let's live together", to which she responds by walking away. The program will show what happens when ten celebrities live under one roof. The production crew is remaining silent about the participants' information, but you can check the show out on April 20!

Do you think you'll be watching "Roommate"? 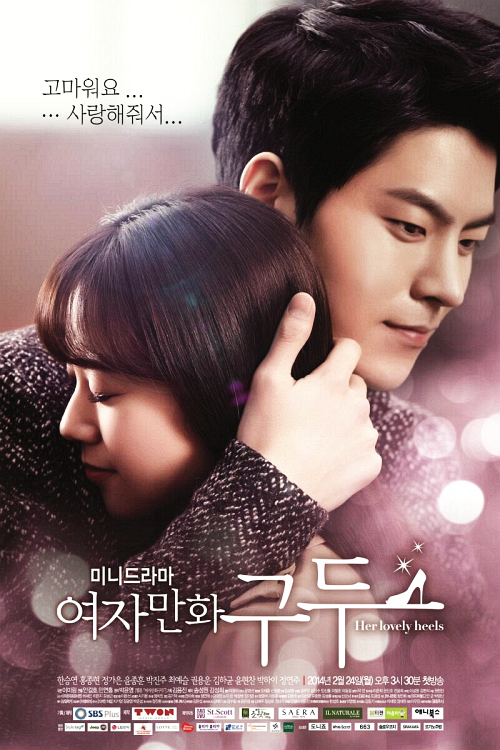 Open to: Friends, detailed results viewable to: All. Participants: 13

Do you plan on watching?

How was the acting?

this mini drama is veeeery cheesy and the acting isnt THAT great but at least its short :P one ep is ~15 mins.
i watch it for hong jong hyun, even though i can't get quite used to seeing him with short hair... 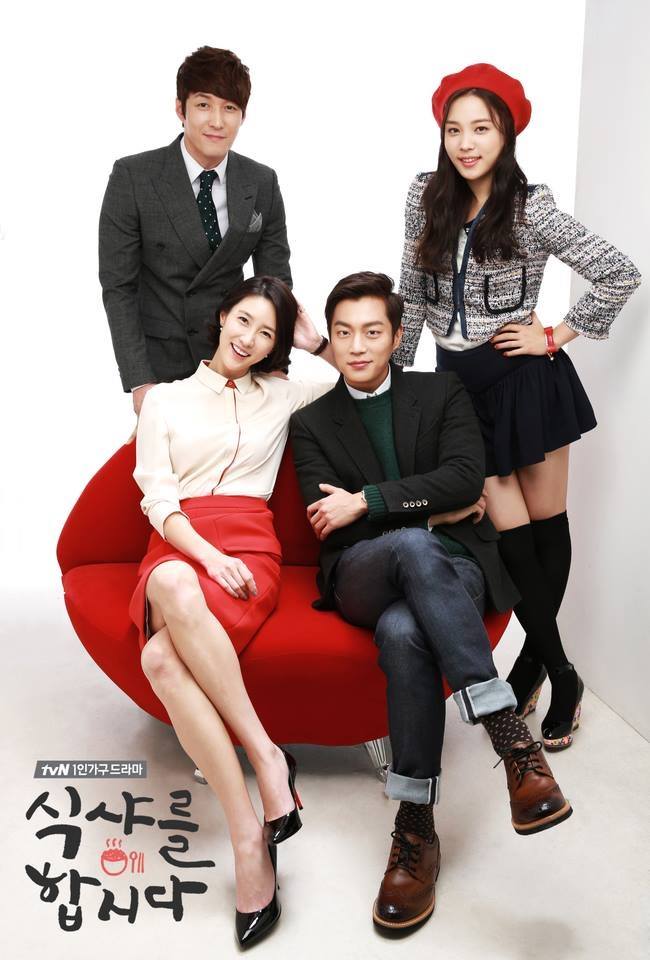 Plot:
What do a group of foodies and a murder have in common? Lee Soo Kyung (Lee Soo Kyung) is a 33-year-old divorcee who is a composed, confident woman who is happy to be living alone after marrying way too early in life. But the only thing that can make her lose her cool composure is great food. Living next door is another foodie, Goo Dae Young (Yoon Du Jun), a single man who loves surrounding himself with gourmet food but hates being asked if he is dining alone at great restaurants. When a strange murder occurs in their neighborhood, how will their lives be intertwined?
“Let’s Eat” is a 2013 South Korean drama series directed by Park Joon Hwa.

Open to: Friends, detailed results viewable to: All. Participants: 16

Are Soo Kyung and Goo Dae Young made for each other? 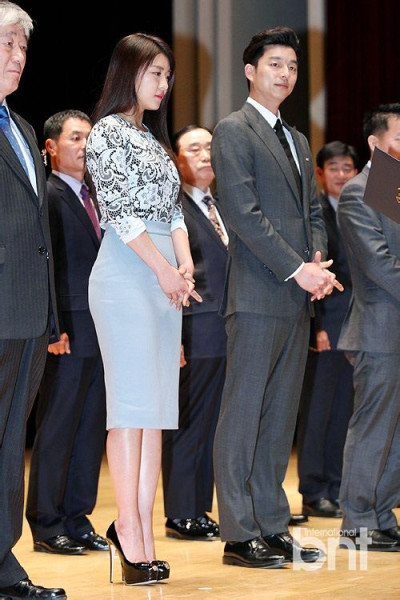 On March 3, the 48th Taxpayer's Day ceremony was held at COEX Auditorium in Seoul.

On this day, actress Ha Ji Won and actor Gong Yoo were given presidential citation for paying taxes faithfully. Along with the stars, a couple hundred more people and superior institutes were awarded the same.

i like a man who can pay his taxes on time...speaking of which, guess i should get on filing mine huh? ugh.

A time-slip drama about a mother who goes back fourteen days in time to save her daughter from being kidnapped and murdered.

Lee Boyoung is incredible. I really hope the ratings continue to rise.

Who knew that rookie actor Seo Kang Joon had such killer abs?

He is currently gaining attention for his role as Kook Seung Hyun in MBC’s Wednesday-Thursday drama “Cunning Single Lady” and on March 6, photos of the actor showing off his abs were shared by his agency Fantagio.

In the pictures, the handsome actor is preparing for a scene between him and Cha Jung Woo (Joo Sang Wook). He is sporting a blue judo uniform, and while he is simply smiling for the camera in the first photo, the second one certainly makes the female fans’ jaws drop. He can be seen carefully opening his uniform jacket and revealing his tight, carved muscles, which must be the result of rigorous work and a healthy diet.

Until now, Seo Kang Joon has represented a youthful and bright side image, but this daring decision to flash the abs has revealed a new and more masculine side of him.

“Cunning Single Lady” airs every Wednesday and Thursday at 10 pm.

I only posted this b/c abs...is anyone else watching this drama? I still can't comprehend the fact he's a '93er playing a 26-year old guy. I guess I'll make a discussion post next week.