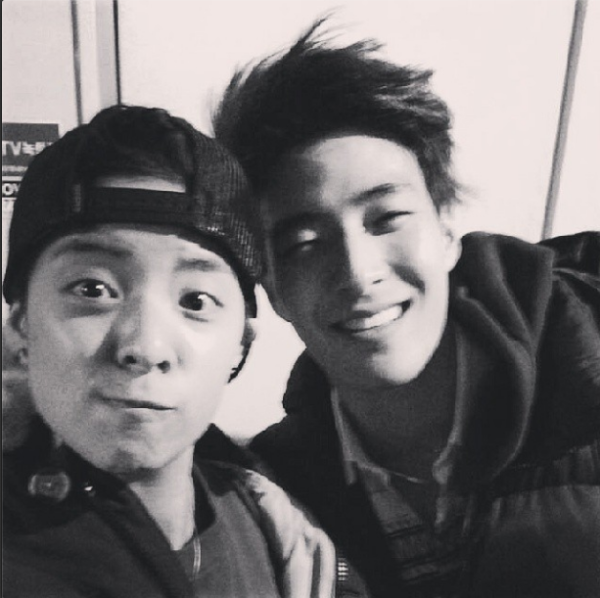 No word on who the earplug belongs to, just that it's the dirtiest one James has seen. Hmmm.... 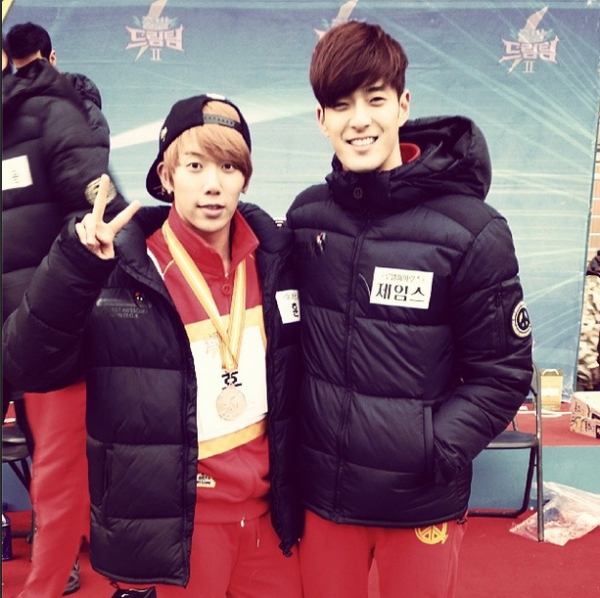 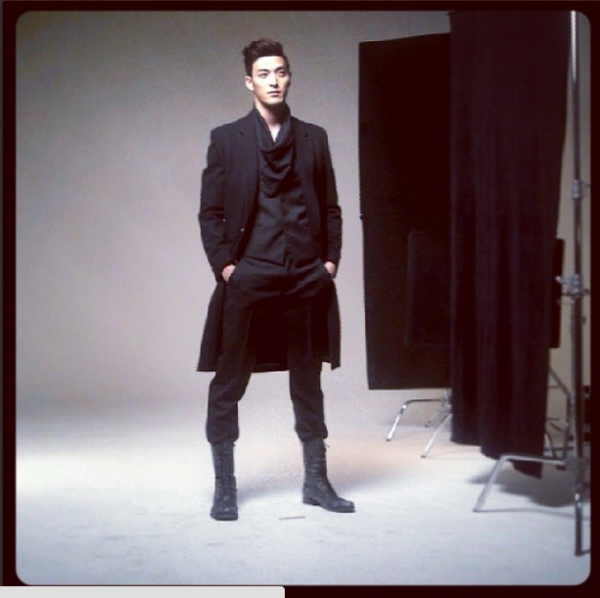 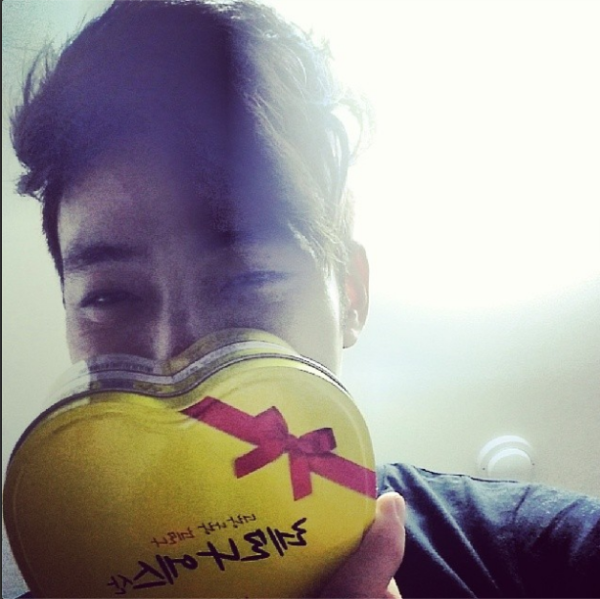 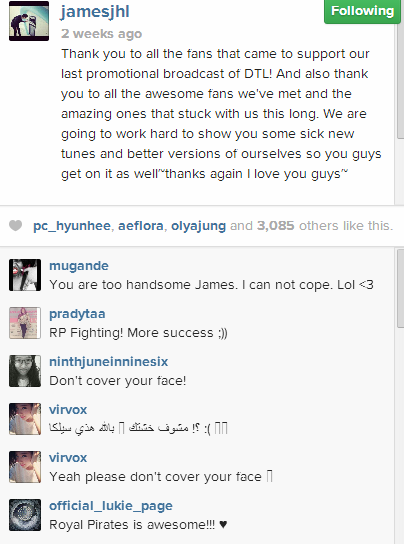 Apparently Sooyoon is a cat person ^_^ 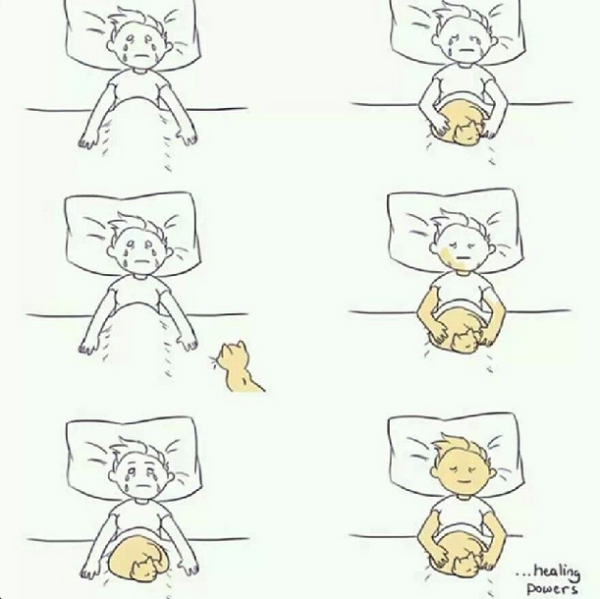 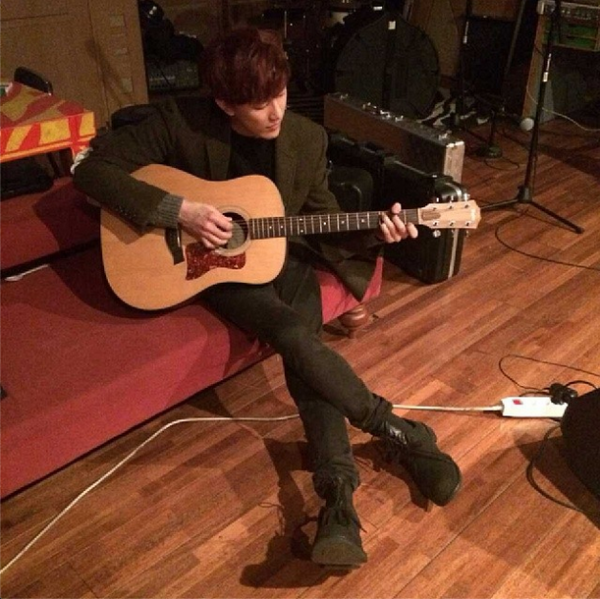 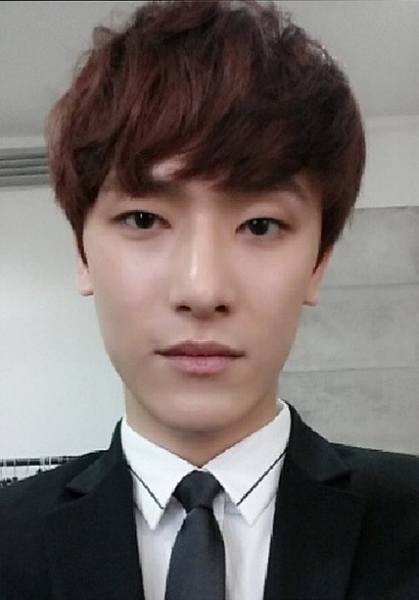 On his JT Suit and Tie shit 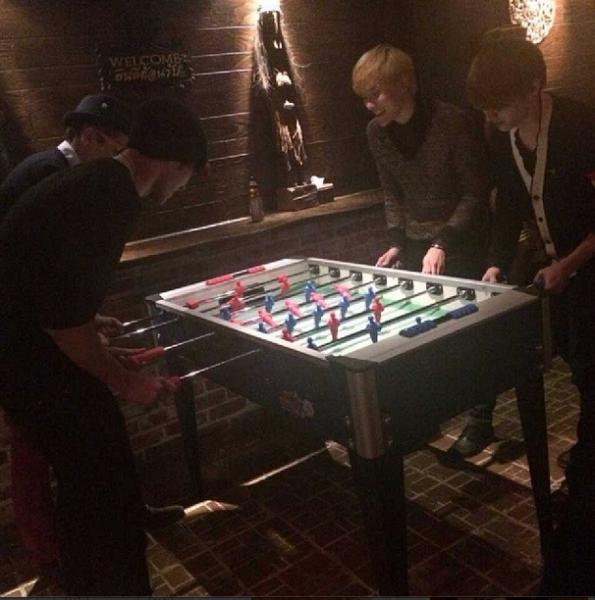 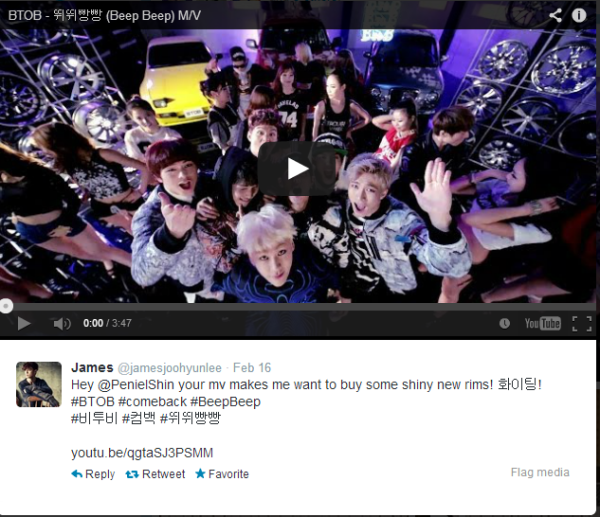 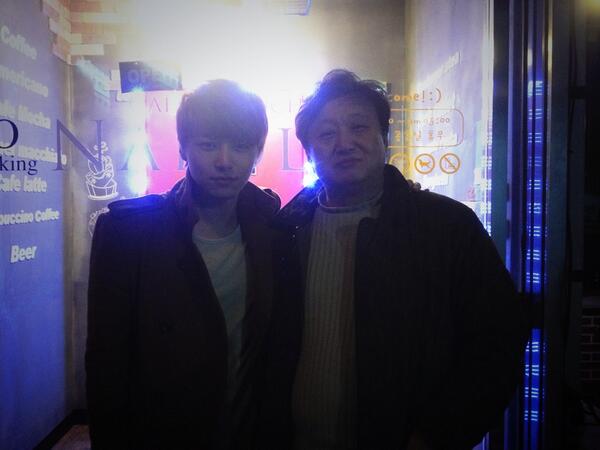 Moon and his father (aww)

OP is seriously starting to stan these guys. Looking forward to them on the ASC After Show! I hope James is next!

Sorry about the credits Mods fixed :) 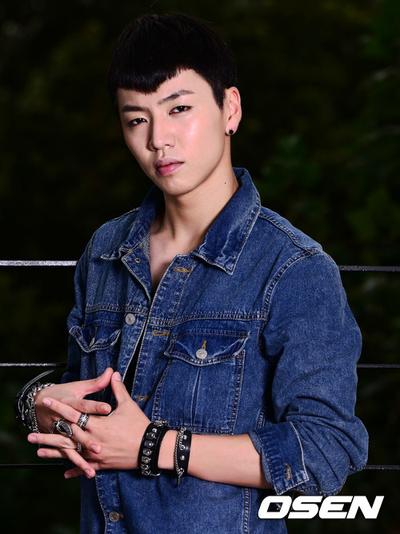 (omona post about their win on immortal song here)

[TRANS] [♥] http://t.co/skyr79N56U It's such an honor to be able to win in a stage together with Yang Heekyung teacher! Thank you very much~!! 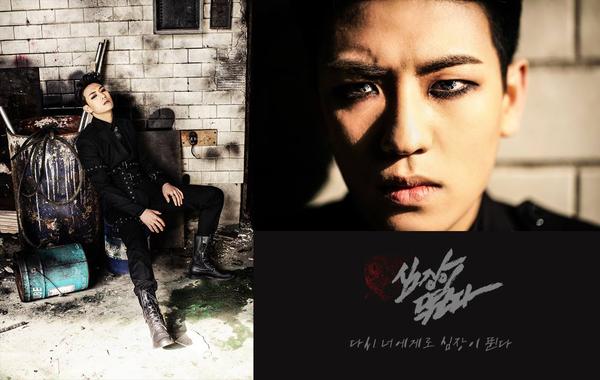 I hope that the members don't overwork themselves more... I'm also so proud of each and one of them!! Prove people wrong baekpo babies!!

This was the first time this show went in double digits in viewer ratings thx big bang
For those who only want to watch the BB part, they appear at 48:40!

Jimin, JungKook and Jin ruin Something

I came into this episode expecting to be bored but it was actually really fun! 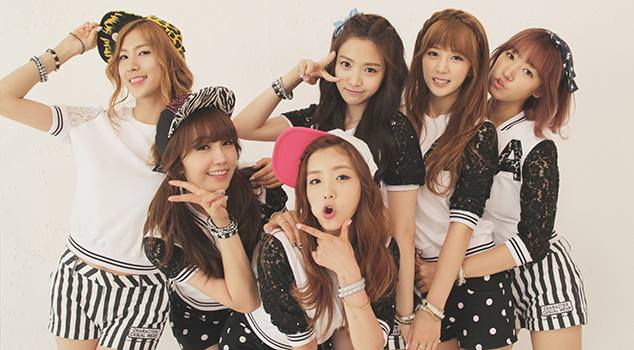 A representative from ACUBE Entertainment stated on the 10th, “On the first week of next month (April), A-Pink will release a new single album and will be doing regular promotions.”

According to the agency representative, A-Pink is currently on their last stage of their album preparation. Through their new single, they are planning to once again be showing the concept that they are loved for, the innocent concept. They are still in process of scheduling their first comeback stage.

Currently in the entertainment, the nation’s well known girl groups such as Girls’ Generation and 2NE1 have made their comeback. Many are anticipated now that A-Pink will now be joining the craze.


Ahhhh I'm so excited! Right on time for my birthday too. I've never prayed so hard for a group's comeback success..NoNoNo was such a huge hit for them and all I want is another good song so  I can breathe easily.

all images are thumbnails, so remember to click to fullview!! 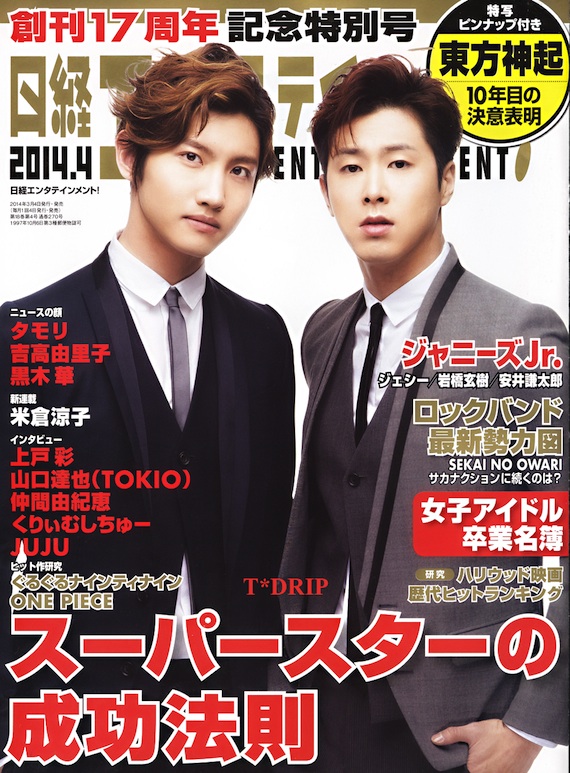 CUBE will release daily teaser photos of the girls doing something.


i hope theyre all wearing pink on wednesday teasers

officialbntnews (no Bohyung, sad but ALSO THANK GOODNESS BECAUSE cAN YOU IMAGINE HOW LIFERUINING SHE'D BE)

I was gonna make a nice little post with vids and pics from their Sunday fanmeet but HAHA THIS HAPPENED AND NOW I'M UNABLE TO GET UP FROM THE GROUND HAHA I'M TOTALLY FINE ((I haven't even watched the actual video, this MTBD is all from screencaps and gifs alone)) 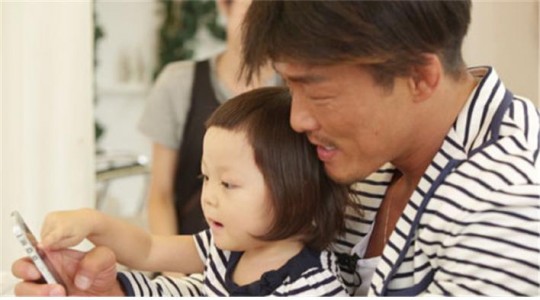 His agency Bonboo Entertainment told TenAsia on March 4, “Choo Sung Hoon has been showing special affection for the multicultural families”, thus “he and his daughter have readily made a decision to donate the full earnings from advertising models to support the families.”

With their popularity from ‘Superman Returns’ Choo Sung Hoon and Sarang recently have been chosen as the new models for ‘EasyDerm’ band aid of Daewoong Pharmaceutical. According to the agency the filming will be held next week once they return. 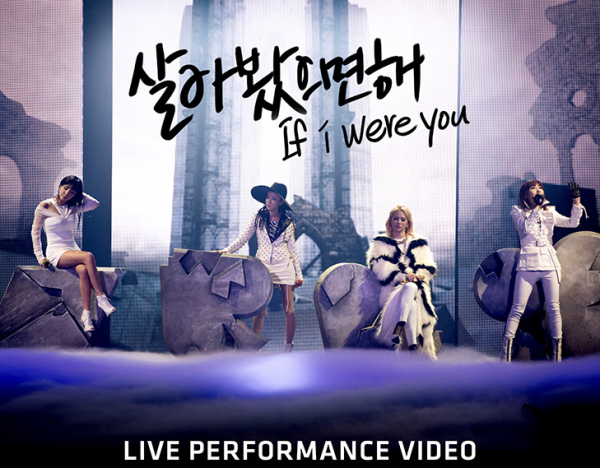 this is my favorite track omg i'm so excited  *__* 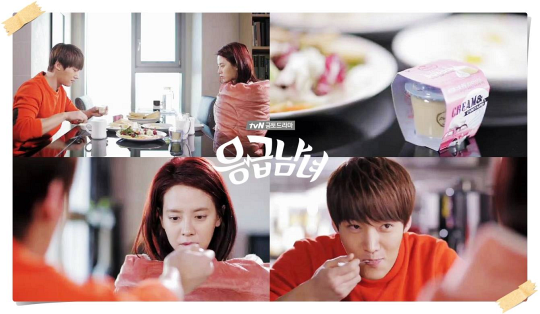 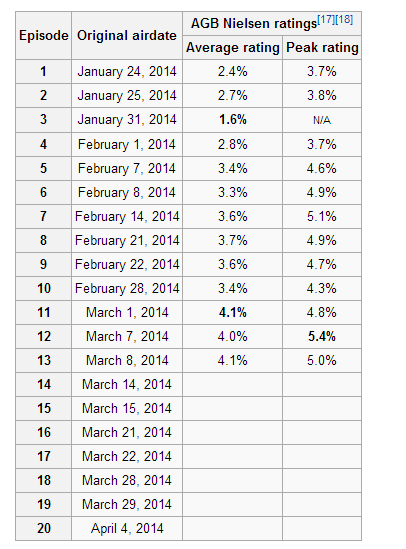 Open to: Friends, detailed results viewable to: All. Participants: 23

Is Changmin deserving of Jinhee?

Is divorce a failure?

tvN has released the poster and a teaser image for its upcoming Friday-Saturday drama “Gapdong.”

Actor Yoon Sang Hyun, who was confirmed for the role of Ha Moo Yeom in January, gives us a preview of what’s to come in the drama, displaying his character’s fierce intensity in these images.

“Gapdong” is a 20-episode crime thriller set against the background of a serial murder in the fictitious city of Iltan. The drama is centered on detective Ha Moo Yeom, and the intricately entangled relationships between the characters associated with the prime suspect, referred to as Gapdong by the police, of the serial murders that occurred 20 years ago.