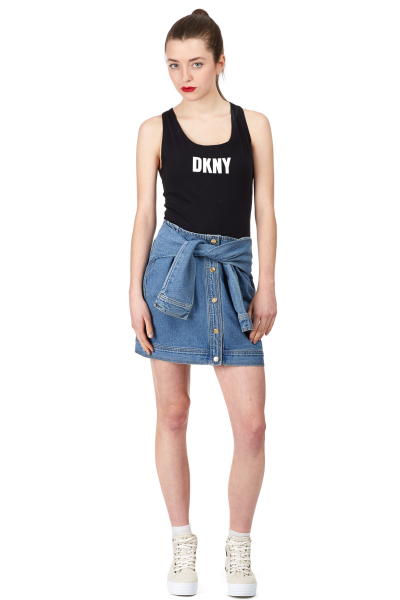 Open to: Friends, detailed results viewable to: All. Participants: 336


also check out the older posts you may have missed! 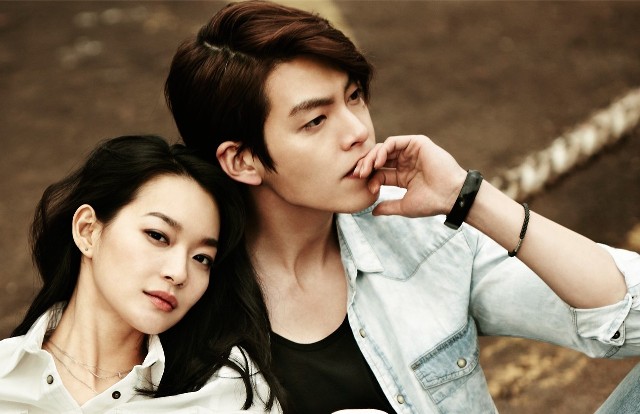 
They make a hot couple! No more So Ji Sub then? D:

I know it's been subbed already, but if you only want to watch the heechul and kangin parts, it starts from around 1:11:50!!

2PM‘s Nichkhun and Chansung along with Miss A‘s Fei are set to appear on a new Chinese reality love show titled “If You Love.” The three stars departed to the beautiful city of Sanya on Hainan island on March 26 to film for the show. They will be interacting with other international stars such as Chinese dancer Liu Yan and Taiwanese actor Sunny Wang.

The cast of “If You Love” had their first filming on March 28 in the tropical setting of Hainan. The couples haven’t been decided yet, but it will be a battle between the men as the cast features five men and three woman. Which stars will be left going solo, and which stars will find love? Find out when the program premieres in the beginning of May on Hubei TV.

Sooo Nichkhun just drowned the rest of the khuntoria shippers, I see... And I'm glad that FINALLY Fei is getting a bunch of solo activities in China right now.

This comeback was too short and Mr.Mr was not their best single.

I want a repackage. But I also know Japan is where the money is… so my hopes are low. 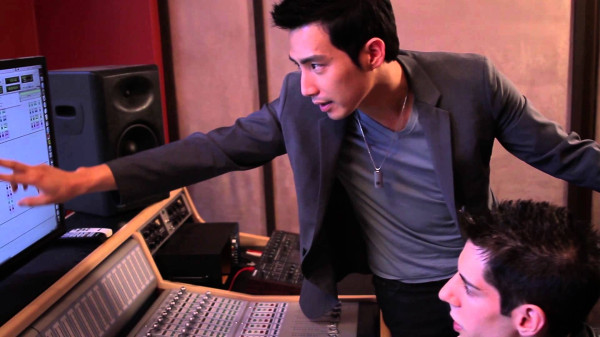 EXO, SHINee, Girls Generation, f(x), VIXX, Teen Top and Justin Bieber. Looking at the profile of Shin Hyuk, 28, founder and CEO of Joombas Music Group, one might wonder how this young producer could make his musical mark both in Korea and the U.S. in less than 10 years.

Best known for EXO's "Growl" ― a blend of rap, R&B melody and pop hooks ― written by his team of producers, the Korean producer has much credit for the boy band to gain international fame. The Billboard referred “Growl” as the crown jewel and it sold over a million copies in 2013 alone. His other hits include SHINee's "Dream Girl" and Teen Top's "Supa Love."

"When I produce K-pop, I don’t only focus on the music," he said. "I consider the possibilities of the artist’s choreography and visual concepts. Also, I have to show the artist’s full capabilities within 3 minutes of a TV broadcast, so I focus all my production and vocal production centered around that aspect."

well, there must be something to it if white ppl like it, right? lol

Oh weary traveler, come in to our BTS world where stuff like this happens

Why Everyone Should Be Listening To The Badass Ladies Of 2NE1

Fact: South Korean pop music has infiltrated American pop culture. After Psy's through-the-roof hit "Gangnam Style," more and more K-pop artists and groups have crossed the Pacific and made their marks stateside. Girl group f(x) "welcomed" Anna Kendrick as as their newest member, Big Bang took over Brooklyn for two music videos, and there's an entire section in Billboard dedicated to the K-pop scene. But, in an industry where the number of girl groups rival the number of instances in which Lady Gaga has made us go, well, gaga, it feels like all the ladies look and sound the same after a while. Perfectly executed singing and choreography with booty shorts, a cute-yet-sexy vibe, and a whole lotta hair flipping — it's like they're robots. Well, not 2NE1.

Fun fact: They actually recorded the guide version for the Korean version of Little Mix' "Wings". Someone from their company heard it, liked it a lot, and thus they became a duo and got the name WINGS.
( Collapse )
sources: ARIRANG RADIO, WINGS official FB page

Hello everyone… Continuing on with the third FROM YG.

Which musician will YG showcase for the second time in 2014?

April 7th last year marked the final round of “K-Pop Star Season 2” and exactly in one year, on April 7th this year, last year’s winner AKDONG MUSICIAN is scheduled to release their first debut album.

Their first full album is to hold a total of 11 songs and LEE CHAN HYUK was in charge of producing as well as writing and composing all the songs.

The first debut performance of the new song will be showcased on “K-Pop Star Season 3” that is to be aired live on April 6th and on the following day, on April 7th, all songs from the first album will be unveiled online.

schedule for next week: 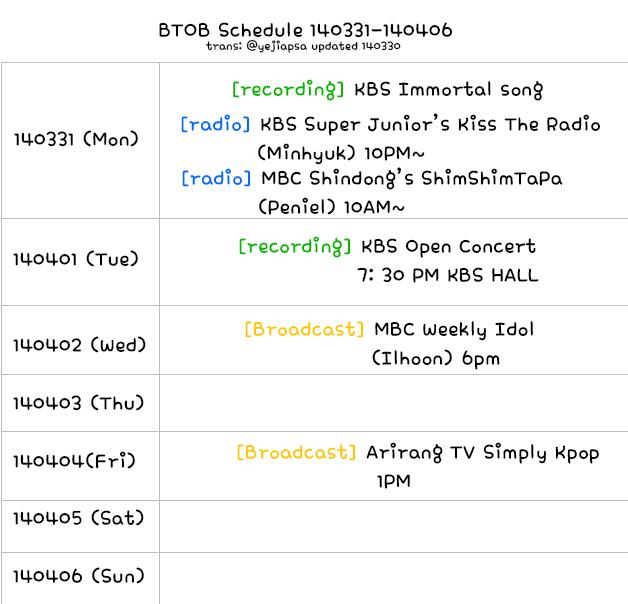 Last year, nine-piece Korean pop girlband Girls' Generation trounced the likes of Lady Gaga,Justin Bieber and Miley Cyrus to win Video of the Year at the Youtube awards, evoking a meltdown on Twitter with the general consensus being “who the hell are Girls' Generation?!”.

Though debuting in 2007 as the "female Super Junior” it wasn't until the sugary electro-pop of 2009's "Gee" that Girls' Generation catapulted into superstar status. Forget PSY being the first K-pop star to wow the Americans, GG inked a contract with Universal in 2011 and went Stateside to perform on The David Letterman Show and at Madison Square Garden to critical acclaim.

i thought this interview was really good, especially this part about dating [spoiler]"Going public, it wasn't actually their choice. It was through the press and sometimes I do wish the press would respect when we'd want to release this news. We're serious, and we want to be serious about our work and our private lives as well."

Hotteok, usually defined as sweet korean pancakes, are one of the most popular street snacks in Korea, especially during winter.
It’s very tasty and very easy to make.

[OP&apos;s usual ramblings]I think Junho did a good job. He struggles with consistency and when he's nervous his voice goes flat and it can all just go very bad very quickly. Here he has very few wobbles so I thought it was a great performance vocal wise. I do wish he was more dynamic on stage but maybe he kept it low key because it was a mellow song.

However, Junho is Op's ultimate and only bias somehow. There's honestly no reason or rhyme to it. One day I just woke up and realized I stanned him more than the rest of 2pm and never found my way out of it. So anyway the bias is strong in me and I could be completely wrong.

Also, that ring? I would be so happy for him if he was dating but I suppose it's not the first time he's worn a ring there so it might just be my fangirl showing that I even noticed.

OT: About that airport fashion post. I finally started it so soon. Op is lazy and procrastinates.

Another jam~ Kangnam's dance moves invite you in o/ 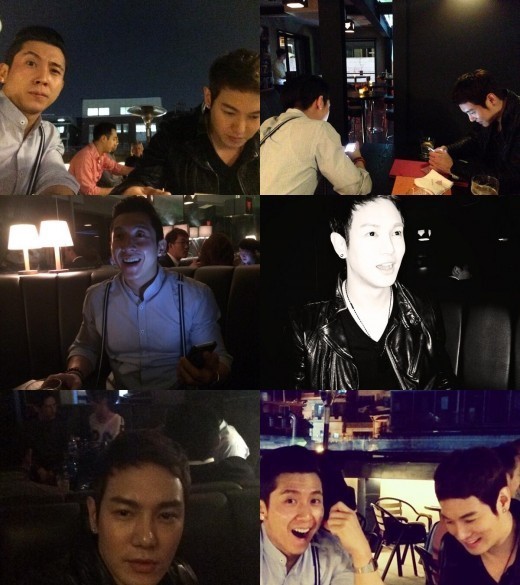 Male duo Fly to the Sky recently reunited for a night out and appear to be potentially preparing for a comeback. Members Hwanhee and Brian shared photos of their guys’ night out.

On March 28, Hwanhee and Brian shared the photos of their hangout on Twitter. Brian captioned it with the message, “Spending a blazing Friday with Hwanhee for the first time in a while hehe. What are you all up to?”

In the photos, Brian and Hwanhee appear to be taking photos and sharing them online in real-time while hanging out together. Both members are dressed up for a nice dinner out and mutually take out their phones while waiting for their food.

Counting this year, it will have been 15 years since the duo first debuted together. It has been reported that the duo is preparing for a comeback sometime in the first half of this year and is currently working on their album. However, they have only revealed news about their reunion and little about their actual comeback plans and schedule.

These two are too cute.
Collapse