it's old but who cares, esp if there are 3sec long musical snippets aww

YG had released a teaser image of the nonagon-shaped logo of the brand through their official blog on April 4, drawing curiosity from fans. They released NONA9ON's first teaser clip today.

YG and Samsung Everland came together to form Natural 9. Natural 9 staff explained, "A nonagon is a 9-sided shape; it signifies variety and the infinite potential for growth".

NONA9ON's first teaser clip, revealed on the YG official blog, was directed by YG's Yang Hyun Suk , telling the story of NONA9ON's birth through the performance of 9 dancers. 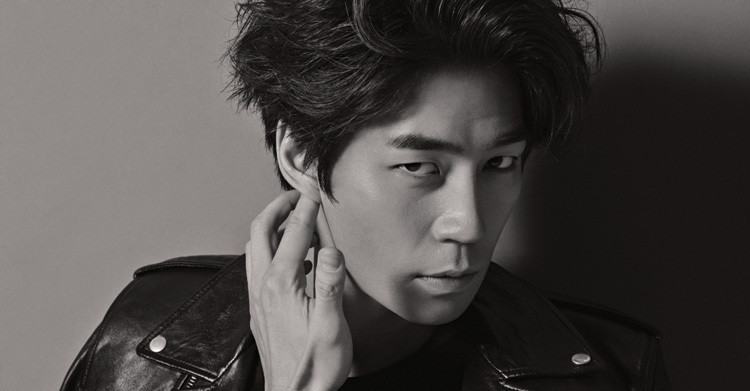 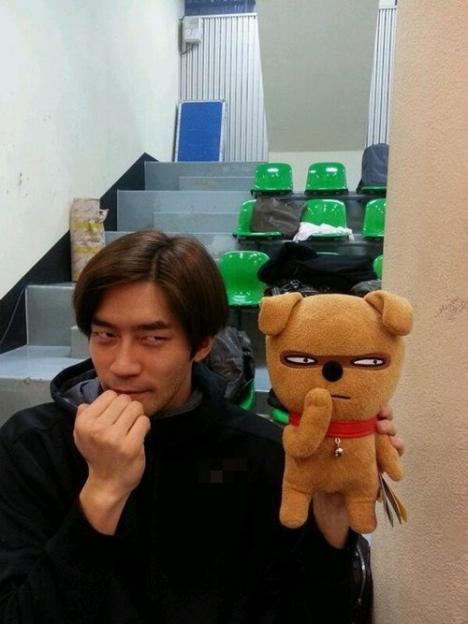 Sibling duo Akdong Musician, now officially known as AKMU after debut, explained a clause in the contract with YG Entertainment.

Lee Chan Hyuk continued, “But, I do want to get my teeth fixed after we finish promoting our first album. I want to fix my jaw with orthognathic surgery.”

Sister Lee Soo Hyun revealed her complex when she asked, “Then what am I supposed to do with my nose then?”

The 1st one is from last year but I don't think it ever got posted. They're both alright but I like the newer one more, I guess she's on outsider's label now? Doesn't seem to be that much help judging from the subscribers/views the channel has, yikes I thought Outsider was pretty popular

ill add more parts when they get subbed :)
somehow its better than cool men, maybe cause it lacks script? idk

However, he is determined to make a comeback and will be working as one of the cast of CJ E&M O'live's "Share House," a reality show. The said show aims to gather around celebrities who will be asked to live under the same roof for two weeks.

On April 3, the teaser for “Share House” revealed the reasons why celebrities Son Ho Young, Lee Sang Min, Choi Hee, and Woo Hee had decided to join the program. Son Ho Young mentioned, "Family, few and only friends, those very important acquaintances... these are the people we need to be with in our lives. Through this. Through the program 'Share House', I was really able to discover these new feelings.. These new experiences I had never felt before. We all became so close that I was driven to pour out my emotions, to share my thoughts, to make confessions, and to acknowledge my worries. I did not have the courage to do those before because I worry so much that I might hurt someone."

Fans of the singer had also expressed their happiness and anticipation in the hope that this will be a brand new start for Son Ho Young.

After finishing up his fan meetings in Guangzhou and Beijing on April 4 and 6, Kim Soo Hyun attended Gucci’s flagship store’s charity fashion show in Beijing.

On April 8, he teamed up with Italian luxury brand Gucci to donate to China’s first foundation CCTF (China Children and Teenagers Fund). They aim to help improve the quality of life for children by supporting their body and mind improvement, along with enforcing national policy on equal rights for both sexes. There are approximately 1,200 children being sponsored through the program. With the additional support,
the foundation plans to build a treatment center for Chinese children who encounter hardship.

The agency announced on April 11 that TEAM B will be joining YG FAMILY’s Japan concerts that are to be held on April 12 and 13at Osaka Kyocera Dome.

TEAM B has been polishing their musical talents as trainees since losing by a few points to A TEAM on YG’s survival program “WIN: WHO IS NEXT.”

omg yes I've been waiting for a collaboration since WIN. 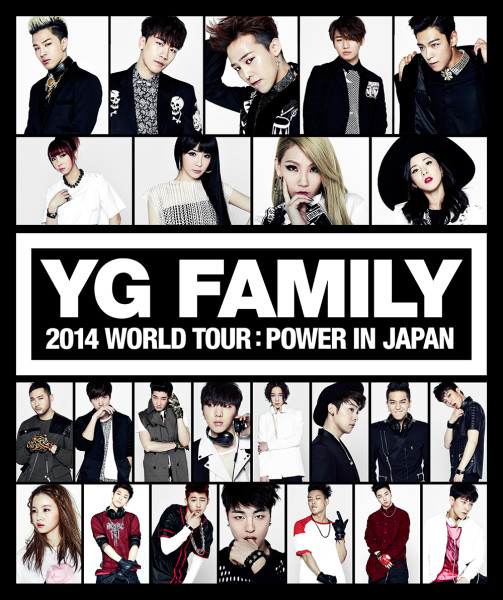 BOBBYYYY!!!!!!
I'm so happy and I want to kill YG, so...your thoughts and feelings?
yg-family YGEntertainment

With Mnet’s Dancing 9 coming back around, Mnet finally unveiled the Blue Eye Masters after keeping them under wraps for a long time.

On April 7, Mnet released a five minute clip of the Blue Eye Masters coming together. The first to arrive was Lee Yong Woo, who shared that he recently joined YG Family.

The second master turned out to be Park Ji Eun, who was on the first season as a master with Lee Yong Woo.

But things didn’t start getting really exciting until the new master, Jay Park entered the room with Lee Yong Woo sharing that he’s a huge fan of Jay Park. Park Ji Eun also appeared to be crushing a bit on the new street dance and K-pop master.

Jay Park, being his first time on Dancing 9 appeared a bit nervous, but soon cracked through, casually asking the staff if the program was rigged. The staff replied back that it’s not with much shock that he would ask such a thing so easily.

The last master turned out to be Kim Soo Ro, who will be joining the team as the directing master with prior experience in judging Dancing 9 during the first season.

Park Ji Eun celebrating being the only lady on the team was precious. Lee Yong Woo fanboying over Jay was funny. The fact that Jay didn't even know what he was the master of is kind of shocking but I hope they can come together under Kim Sooro! 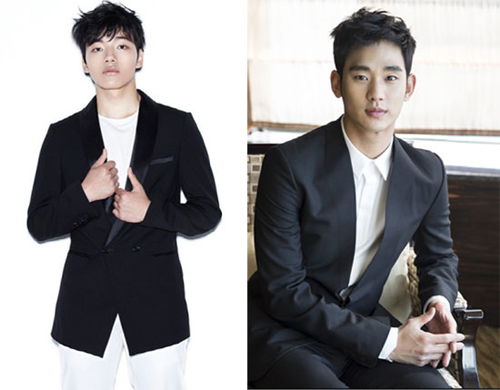 Earlier this year, actor Yeo Jin Goo was confirmed as the lead role in the large-scale $2 million-budget sci-fi fantasy film “Kwon Bob” (aka Martial Arts). However, a controversy has arisen concerning the distributor, CJ E&M, who offered actor Kim Soo Hyun the lead role while in the state of already having signed with Yeo Jin Goo, in conjunction with talks about Yeo Jin Goo stepping down from the role.

A high-ranking official from Yeo Jin Goo’s agency said, “On the afternoon that the news on Yeo Jin Goo stepping down from the film was released, we met with the production company and decided to step down. If they had cancelled the contract before offering the role to another actor, we wouldn’t have been this upset. This was a huge blow to the young actor who has yet to even come of age.”
( Collapse )

"In Poland, SHINee Jonghyun's fan sent a whole bunch of snacks to MBC. That innocent fan probably thought that it would be delivered to Jonghyun if she wrote

too bad that drama sucks (so far)

[synopsis]Moo-Yeom (Yoon Sang-Hyun) is a detective. 20 years ago, Moo-Yeom was a Buddhist monk, but he got into trouble with a man named Gap-Dong. To cut ties with him and cut off whatever karma would arise from his involvement with Gap-Dong, Moo-Yeom became a detective. After the statute of limitations expired, Gap-Dong appears once again. Moo-Yeom sets out to catch him once and for all.

20 years ago Moo-Yeom’s (Yoon Sang-Hyun) father was a suspect in the "Gap Dong” serial murder case. Because of the detectives’ oppressive investigation, Moo-Yeom’s father killed himself.
Now, Moo-Yeom is a detective and works to capture the killer Gap Dong. The statue of limitations has expired for the serial murder case and Moo-Yeom resigns to the belief that Gap Dong is dead. New clues though for Gap Dong appears in front of Moo-Yeom and he sets out to catch him once and for all.

Drama series is inspired by the "Hwaseong serial murder case" which occurred from 1986 to 1991 in the Taean Neighborhood of Hwaseong, South Korea. Ten women were raped and murdered during that time period. The real life case also inspired 2003 movie "Memories of Murder".

watch with subs here at viki

that bed scene... damn this is fast

Ugh I love them so much they're so qt and talented and perfect. I love both versions of this song too, but I live for Chanhyuk's babo-ness in this performance.

Welcome to the 6PM EST Talk and Bond FFA! If you're new to the community now is the time to say hi! WHY HELLOOOOOOOO THERE!!

SM idols are now one by one revealing their relationship status. Following the recent dating revelation of Tiffany and Nickhun, now we have a Super Junior member who proudly goes on a public date with his model girlfriend.
Yes. It isn't a hidden date because Super Junior Shindong is proud to date his new girlfriend, Kang Shi Nae. Photos are taken during their date in IFC Mall in Yeouido, Seoul wherein the couple doesn't need to worry about the public eyes and freely strolling around and locking arms.
Prior to this, SM Entertainment confirmed the report and told Mydaily and TVReport, "They've become closer after they've been introduced by a common friend." Shindong's girlfriend Kang Shi Nae is known as a catalog and outdoor model who has a perfect figure of 48kg and 168cm.
However, for the Super Junior fans, it's quite surprising because the model isn't the girlfriend they have known that Shindong has proposed to in 2010. According to Shindong, his previous girlfriend Nari and him have already broken up last year.
Congratulations to the new couple!
( Collapse )
source: dkpopnews via nate 1, 2, 3

My sister really wanted me to make this post. ^^ 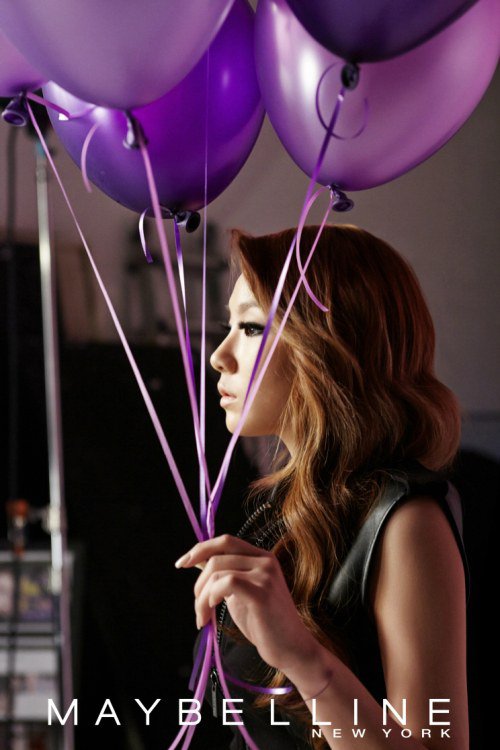 Aw, I always love hearing the artist talk about their self. It was also shot nicely.