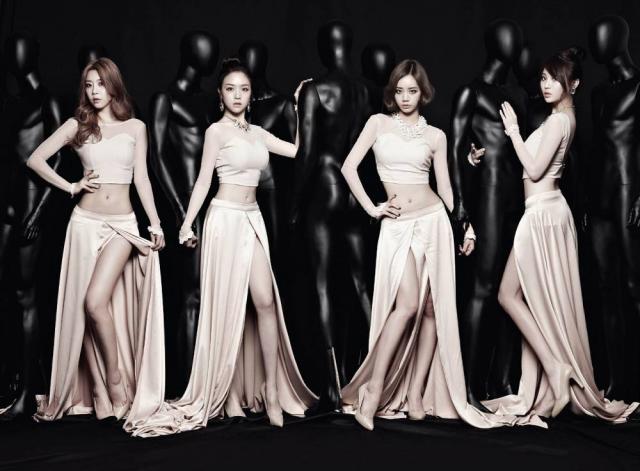 Girl”s Day will be having a comeback in July with a special summer song!

Their label revealed, “Girl”s Day is planning to have a comeback with a special season song by the producer team Duble Sidekick. This album was specially planned for Girl”s Day”s 4th anniversary on July 9th.”

The girls promoted ”Something” 6 months ago, a song also by Duble Sidekick. Since “Something” was such a big hit, they”re hoping to see the same chemistry again.

The label added, “The album will be a mini album. It”s not only a 4th anniversary album, but also a summer special album, and it”ll be full of bright, lively music. Girl”s Day is also preparing a special event with this album release so they can give the love back to their fans.”

I'm excited! The choreo style will be Marilyn Monroe inspired, but they won't come back with a sexy concept....what do you think?

Hojoon looks so good ♡∀♡ and please keep watching the mv so that stardom will release bts footage and stuff!

Choreo to CL's 'MTBD'
This video uses the old un-edited version of the track. Some may want to mute the vid and play the edited version instead.
( Collapse )

via May J Lee

I've been sort of wanting to do a series for Omona for a while but didn't know what I could really contribute (besides my sporadic 'NEW MUSIC?!' posts, lol). In light of the whole Kyle Hanagami/A-Pink incident (and others like it), I think I found something I'd like to do. Basically, I'm going to spotlight a Korean choreographer (based in Korea) and bring to ya'll some of the talent that is going seemingly untapped over there...at least by the entertainment industry. I'm a dancer who watches way too many dance videos anyway so, you know...always nice to share! 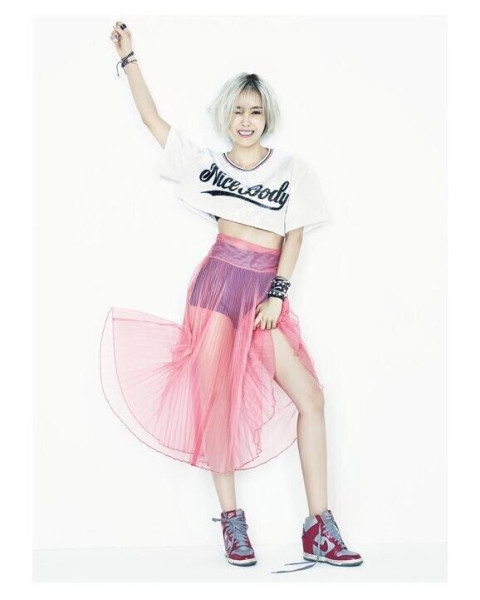 im absolutely dead rn love the styling
praying the mv is not a plain white set, hopefully its just the photoshoot
mods: i edited the post because some info was already posted 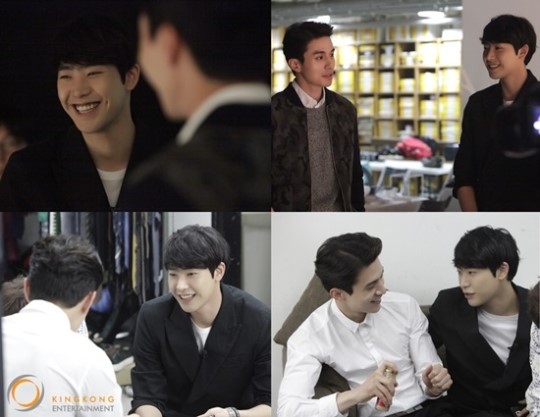 Pictures of actors Park Min Woo and Lee Dong Wook sharing time together has been revealed.
On June 12, King Kong Entertainment revealed that since both actors are currently appearing on SBS’s variety show, “Roommate,” Park Min Woo visited Lee Dong Wook on the set of a commercial he was filming.
While Park Min Woo and actor Seo Kang Joon are shaking the hearts of women through their fresh, manly chemistry, Park Min Woo showed a different kind of loyalty by delivering a support message to Lee Dong Wook, who’s been busy with filming a drama and performing other activities.
( Collapse )
Source : Soompi

It was found that the grandmother of JYJ’s Kim Junsu recently passed away.

According to multiple sources, Kim Junsu’s grandmother passed away on the 9th, and the funeral will be held on the 11th. The wake will be held at the Hyoja Funeral House in Jeonju.

Kim Junsu is known to have shared a special relationship with his grandmother, and she cared greatly for him as well. It was later said that representatives of JYJ headed to the funeral home once they heard the news of her death.

Meanwhile, Kim Junsu is set to star in the musical (dracula) in July.

We at dongbangdata would like to send our condolences to Junsu and his family, and we send our prayers as well in the hopes that it helps them through these troubled times.


OP Note: My condolences to Junsu, Juno, and their family. I hope they don't have a problem with saesangs at the funeral. I would really hate to see pictures from the funeral show up online.  I'm glad Micky's anti is getting punished. That's a horrible thing to do. Also, if you haven't seen Triangle yet, you need to watch it. You're mssing out on Jae at his finest (in every sense of the word). >:D 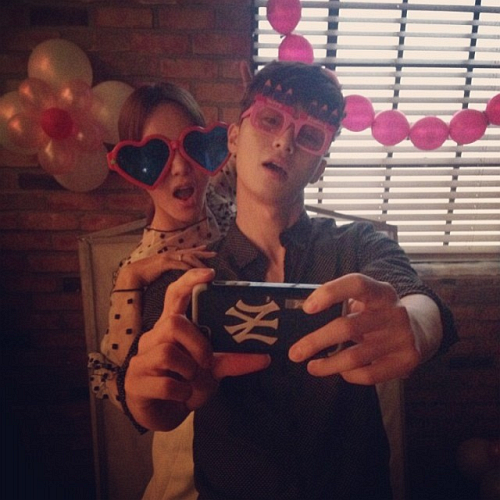 Plot:
It’s understandable to lose your faith in love after being stood up on your wedding day. Ban Ji Yeon (Uhm Jung Hwa) was devastated and then believed that marriage wasn’t for her. The 39-year-old has focused on her career as a reporter, so seriously that her colleagues refer her to as a witch, and put her romantic life on the back burner. But when Ji Yeon meets Yoon Dong Ha (Park Seo Joon), the 25-year-old owner of a small errand center, she finds herself in an unexpected December-June relationship that could thaw her hardened heart. But will her life become further complicated by the return of her former fiancé, No Shi Hoon (Han Jae Suk)?
“A Witch’s Romance,” also known as "A Witch's Love" and “My Queen,” is a 2014 South Korean drama series directed by Lee Jeong Hyo. It is a remake of the hit Taiwanese drama “My Queen.”

im sorry for being a flop poster and not making the discussion posts regularly :(

source: 黃小猴
I'm in love with her hair color. It fits her so well and she looks so lovely :3 (is that small tattoo real? idk)

still waiting for B2M to announce their June comeback date...... 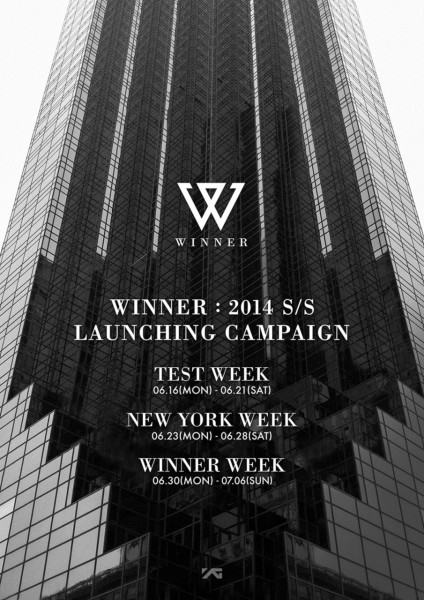 Welp... I hope the actual MV is very different cause this is just Confused/Miniskirt all over again

It was pretty awkward but Jong Hyun looks so lovely. 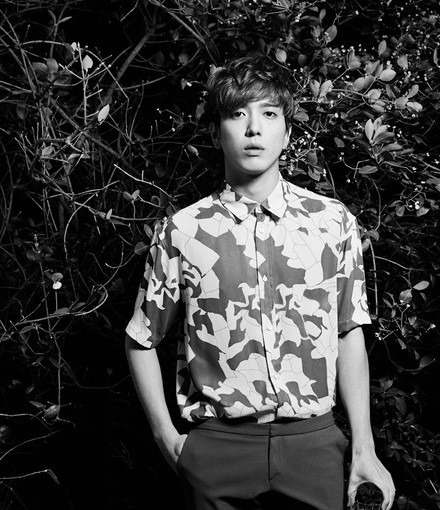 Singer and actor Jung Yong Hwa of CNBLUE has finally confirmed his casting in the drama “The Three Musketeers.” This drama is inspired by the 1844 French novel of the same name, taking the story into the Joseon Dynasty setting.

Jung Yong Hwa will be playing the role of Park Dal Hyang, a yangban come warrior who has everything going for him, including personality and looks. Park Dal Hyang is the “D’Artagnan” from “The Three Musketeers” novel. Jung Yong Hwa’s character is also involved in a love triangle between Yoon Seo, the Crown Princess, and Crown Prince So Hyun. Yoon Seo is expected to be played by Seo Hyun Jin, the Crown Prince by Lee Jin Wook, when they officially confirm.

“The Three Musketeers” is a season drama being produced by the cable network tvN. There will be three seasons in all with 12 episodes each. The drama is written by Song Jae Jung, the scriptwriter of “Queen In Hyun’s Man” as well as “Nine,” and will be directed by Kim Byung Soo. The first season is slated for an August premiere.
Source: Soompi

Yass. Yonghwa is gonna look so pretty in the Sageuk outfits and this means I get an annual dose of him in a drama.

Jung Kyungho was on a phone call with actress Choi Yeojin. Choi Yeojin said that she was in a drama with Jung Kyungho called “I’m Sorry I Love You” and then told him, “Kyungho-ah, I love you.” Kim Sungsoo, another actor at the scene, asked Kyungho, “Between your girlfriend Sooyoung and Choi Yeojin, who do you like better?” Choi Yeojin chimed in, “Aren’t I better?” Jung Kyungho then replied, “I like them both.”

1. [+1,500, -74] Are you just toying around with Sooyoung? ㅋㅋㅋㅋㅋㅋㅋ Of course you like your girlfriend better ㅋㅋㅋ What are you doing when your relationship’s already been revealed? Even if it’s a joke, you shouldn’t do that. I think Sooyoung will be sad 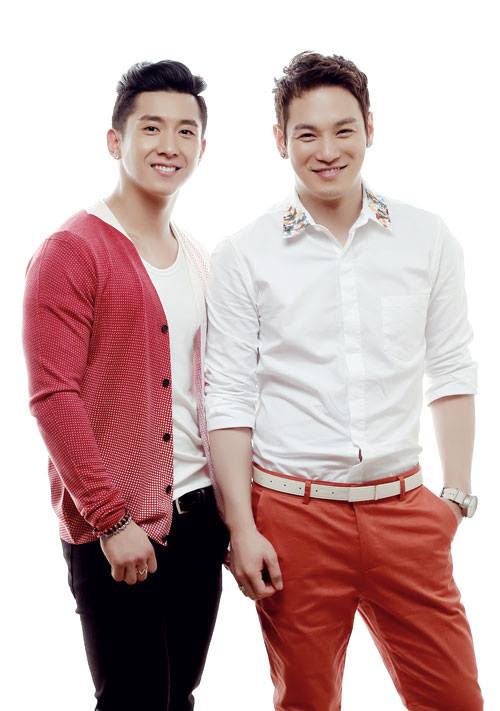 source: dreamstar
the song is catchy and i like their styling, they look good! i feel bad for these girls having so many lineup changes, the new girl with the dip dye is called Jerry

For once having a pretty normal role, Lee Soo Hyuk talked about his character Yoo Jin Woo.

On June 11, Lee Soo Hyuk attended the press conference for tvN′s High Schooler King of Life held at the Imperial Hotel in Gangnam, saying, "I wonder if my image will change just a bit with this character."
"My personality isn′t really like what′s been seen, but it′s closer to an image of a little boy. With this character, I was most comfortable and I enjoyed it because I was able to think more and act," said Lee Soo Hyuk. "I′m not at the level yet to create my own character though."

"I really wanted to play a role that was human like, but I was also a ghost or a murderer," explained Lee Soo Hyuk on his past roles. "But with this project, I think I will be able to show more natural sides to me."

Yoo Jae Won PD also added, "Soo Hyuk comes out surprisingly adorable. With smiley eyes too," and "If there′s a surprise twist in this drama, that would be it."

tvNs′ High Schooler King of Life is about a 18-year old teen who much lead a double life of a student and a company head.

The first episode begins on June 16.
[Lee Soo Hyuk is Happy for His Model Friends′ Success in Acting]

On June 11, Lee Soo Hyuk attended the press conference for tvN′s High Schooler King of Life at the Imperial Hotel in Gangnam.

He shared, "Kim Young Kwang and I read some of the replies. They said that there are two submarines carrying nuclear bombs in the modeling world, and that was me and Young Kwang."

"We carry nukes, but are always submerged. A lot of people say, ′You′re rivals. Don′t you feel a sense of competition?′ but it′s actually fun for us," said Lee Soo Hyuk. "We share about our casting offers and help each other find the acting points. There′s a lot to learn from Kim Woo Bin and Sung Jun, and we′re all doing well. We help each other. We have a good relationship."

"For us, we′re just happy to be receiving attention. So since I′m carrying nukes, I′ll continue to work hard."

High Schooler King of Life is about a teenager who lives a double life as a student and a high positioned office worker. The drama was written by Yang Hee SEung and Cho Sung Hee, who have created hit sitcoms such as Soon Poon Gynecology, Three Men, Three Women, and the High Kick series.

Lee Soo Hyuk plays Yoo Jin Woo, the hidden son of a CEO. He will be rivaling Min Suk (Seo In Guk) in love and work.

The first episode will air on June 16. 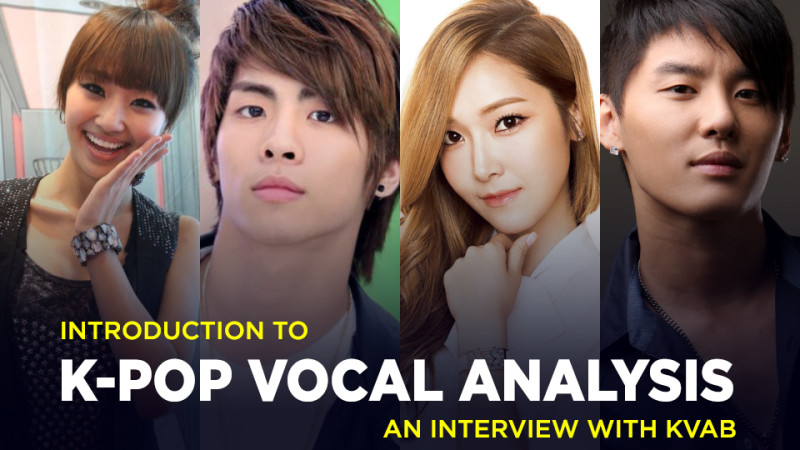 We all have our own opinions as to which idols are the best and worst singers in K-Pop. On first glance, these opinions might appear to be totally subjective — one person’s pick for best K-Pop singer can seem light-years away from the next person’s. However, most of us tend to agree that certain vocalists are clearly better than the rest, and of course there are a few unfortunate idols whose singing “ability” can only be defended by the staunchest of fans.

This is a long but interesting read.

THANK YOU BIG HIT AND AHHH THE ANNOUNCEMENT AT THE END

parts of that were quite nice. big brother's vocals kind of ruined it tho (sorry,

what do you all think about the title track? other tracks on the album?
Collapse