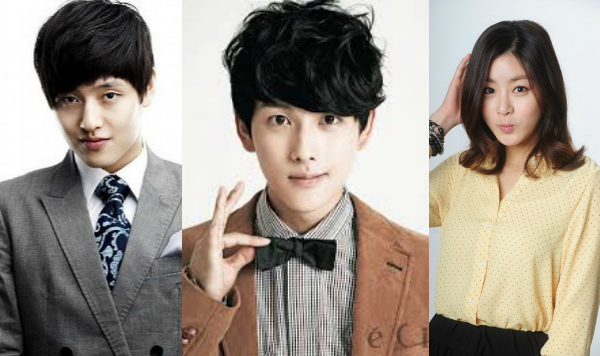 On July 1, tvN announced, “Lee Sung Min has been confirmed for the character of Section Chief Oh, while Im Si Wan is almost confirmed for the title role of Jang Geu Rae. Kang So Ra and Kang Ha Neul are both in talks.”

if monstar producer is doing it, then i think kang ha neul is 70% confirmed. yay for him finally doing a drama but how he will manage to if he singed twenty... 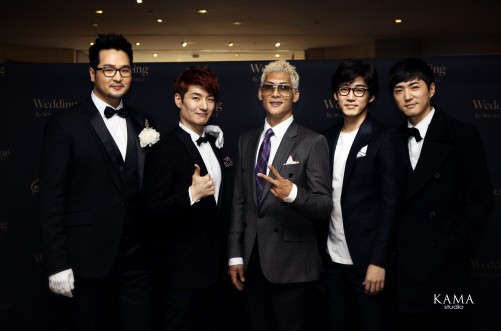 g.o.d released one of their album songs, titled “Sky Blue Promise" earlier today on the 1st of July, making it their 2nd pre-release for their upcoming comeback album due to be released on July 8th.

Upon achieving this all-kill, the g.o.d members expressed their happiness, in which they were extremely thankful to everyone and that it felt like a dream come true. They also promised to take this as a sign to do better for the future.

Also, a representative from Sidus HQ revealed that g.o.d have dreamed of becoming a band like “The Beatles”; a group that receives love from all over the world, from all generations and fans of all genres of music.

[M Countdown Begins] [Up Next] [Interview]

Plot: Lee Min-Seok (Seo In-Guk) is a high school student who plays ice hockey for his school. One day, he suddenly begins works as a company director instead of his older brother. At work, he meets Jung Soo-Young (Lee Ha-Na) who is a temporary employee there.

miss A‘s Fei will be making her first attempt at acting through a special appearance in the SBS Monday-Tuesday drama “Temptation.” Idk people, maybe we were off with the Oscar Wilde theory? lol
Only thing I got from this: Mino is hot.

fyi it's a parody of this

As with IGAB, the the demo version is more cohesive... but it doesn't make that much of a difference to me, track's a nice jam.

It's nice to have Lizzy for a full episode. 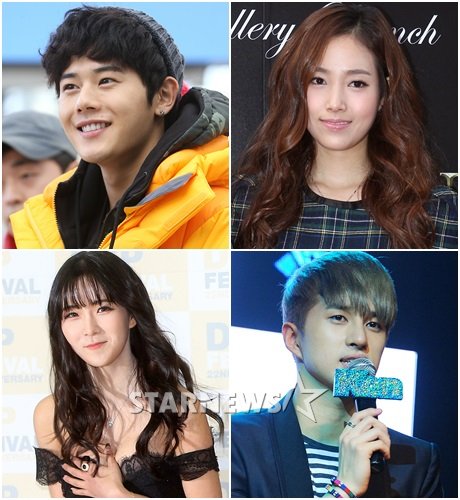 Popular idol stars are coming together through a sitcom with a boarding house concept.

The officials also stated that the sitcom is still in the midst of casting and there are two more idol stars are to be added to make the total of six acting as university students.

This project has grabbed the attention of many for having a similar concept as the extremely popular 90s sitcom, ‘Three Men, Three Women’.

In ‘Three Men, Three Women’, Shin Dongyeop, Song Seunghun, Lee Uijung, Woo Heejin, and others illustrated the daily lives and love stories of university students. Through that they were able to show fun episodes and cater to viewers’ enjoyment.

How ‘Boarding House No. 24’ will differ from ‘Three Men, Three Women’ with the same concept, and what kind of charms the cast will emit with their acting has become a hot topic.

Dubbed as the 2014 version of ‘Three Men, Three Women’, ‘Boarding House No. 24’ is scheduled to begin airing in early August. It will have a total of 12 episodes and will meet viewers with one episode per week.

I am crossing my fingers that this is true. This would be good practice for KenKen since we all know how much he really wanted to act and to be on a sitcom no less so this would be his chance to give it a go. And since it is only 12 episode it won't be too much on him.

The song is a cover version of a 2003 release by the Banana Girl project.
The girls made their debut earlier this year with another dance track, “Do Better,” though their forthcoming release seems to have more of a summer vibe. [parts describing teaser omitted].

I swear he's laughing at the torture he's making me go through. >.< I'm warning you! There's a half-naked Kyungil in the first video. You're watching it at your own risk.

It's long, and some things we already know, but if you're bored at work, take a look. I had never heard the term "idol incubation system" before. I also took notes...

Talks about training differences between Korea & the US
Differences between the 3 big companies. Panelist says YG is "stylish" "fashion", JYP is basically just a reflection of JYP himself (the music, the dance, the videos), and SM is an "education system" and has "intelligent artists"
The investment costs of an idol and idol groups
Conflicts about idols and agencies. Not a specific company was named, but the video showed articles of Han Geng, TVXQ, and EXO
Visits an idol training center and meets a trainee from China
Talk about the Korea training system as and export and a "cultural product", and how it won't work in other countries except Korea
Talk about the Korean Wave and how PSY isn't really apart of it
Also, at one point talks about how Kpop and Korea was getting recognized by "white people".

they need this type of choreo for their comeback tbh
also what kind of synchronisation? when will your faves tbh (unless your faves are after school)

LC9’s 2nd league is about to start.

LC9’s 2nd league, prepared with immense training and effort for the past year, will soon be by Lovebeat‘s side. New music, new performance, new stage and many new and fun stories are available in LC9 #2. We ask for much anticipation and support for LC9 #2, which has been prepared to show LC9’s long-waited fans a more mature and developed LC9. In addition, E. Den has decided to go back to being a student in Canada and unfortunately, will not be part of LC9 #2. We, the members of LC9, truly thank you Lovebeat for always supporting LC9 as always.

oh it got approved. not as great as X-5, but still enjoyable! J-ONE/Haewon still looks GORGEOUS

You can always count on Clazziquai Project to deliver

The album consists of:

In which we learn why OP loves Cao Lu so much. I really like that the choreo is logical but not so obvious it's boring.

SO CUTE I AM DYING.