[Whatcha got there minah?] 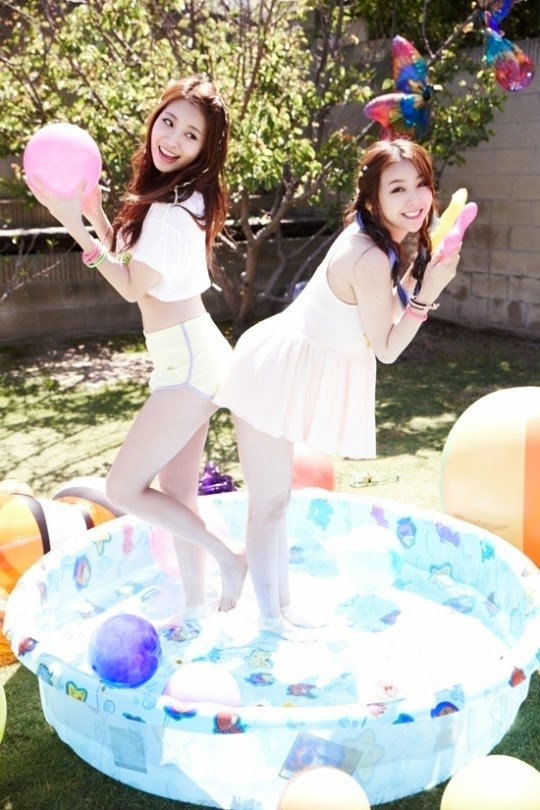 No but really... such unfortunate shaped water guns (at least that's what I think they are?) 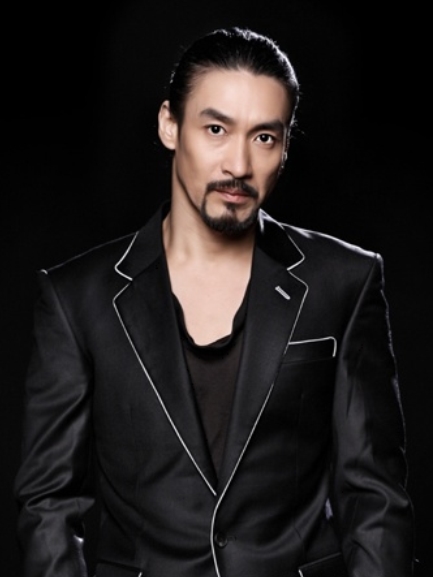 Shin Sung Woo, also known as the loving mother and chef of “Roommate,” has confessed to being in a serious relationship!

On the July 6 episode of SBS’ “Roommate,” the celebrity roommates had a guest over as Lee Dong Wook invited actor Lee Duk Hwa over to their humble home.

As the members greeted the industry senior and got to know each other, Lee Duk Hwa asked Shin Sung Woo, “You have passed the time to get married, right? How about now?” and made the singer blush upon the sudden question about his private life.

Seeing his reaction, Lee Duk Hwa joked, “Don’t get married,” but Shin Sung Woo replied, “I am slowly thinking about it.”

Lee Duk Hwa continued to ask, “Do you have a lover?” to which Shin Sung Woo answered, “Yes, I do,” and confessed to being in a relationship.

cry with me omona

June saw a lot of scandals, oh my lord! But there was a lot in terms of music releases too. If I left anything out it's because 1. the embed doesn't work anymore 2. I really did just miss it, so let me know in the comments if I missed something in the archives. Or if it was never posted on Omona and was released in June, share it with us.

Some pop punk fyt: AND NOW WE GO ON, STARTLINE MV

I know I've been trying to make pop punk happen again but seriously what's not to love about a girl bassist, that pop-punk lead singer whine, and harmonies?

Other music to check out:


( Collapse )
this was pretty cute to watch. he basically stayed with a family for 3D2N and it just shows the experience he had there :)
ngl kinda looking forward to the next ep being subbed just for kangin's fail at sky yoga

Updated with new version of the MV
Source: 100%'s Youtube 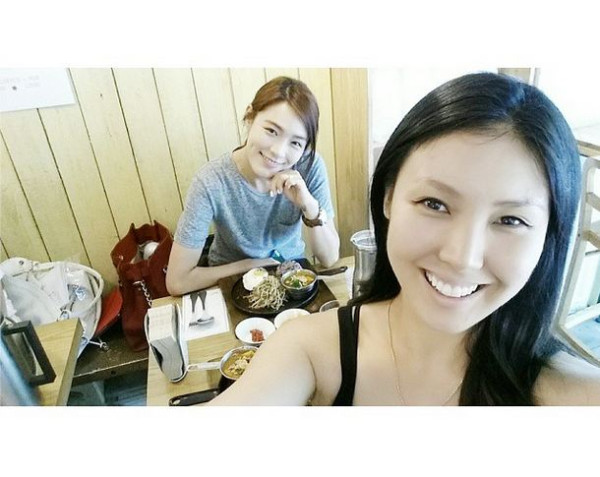 I miss her a lot!

"Korea's Madonna" comes back after 2 years with a retro, tango-inspired song.

If you don't know who she is, there is a nice overview at Ask A Korean, who named her #19 on his "most influential kpop artists" list.

The references to Sharon Stone and Basic Instinct kinda crack me up. 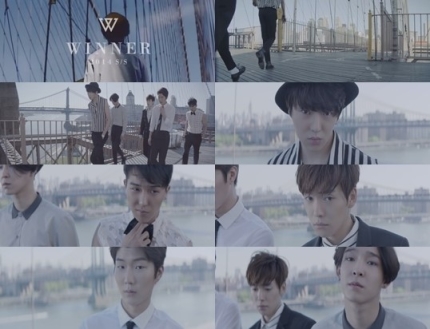 [엑스포츠뉴스=정희서 기자] YG’s new boy group WINNER will be making an official debut on August 1.
With their last video titled “WINNER TEASER MOVIE #6” on YG’s official blog on July 6, the “WINNER WEEK” came to an end. At the end of the teaser movie the phrase “2014.8.1 GRAND LAUNCH” tells us their debut is August 1.
Seizing victory over Team B on the survival program “WIN: WHO IS NEXT” aired from last August to October, WINNER had been preparing their official debut step by step through appearing on their reality program “WINNER TV” and opening BIGBANG’s Japan’s 6 largest dome concerts. And on August 1, they are finally appearing as an official group.
From June 16, WINNER had been unveiling “Test Week,” where a month-worth project of concept photography was conducted, “New York Week,” another visual recording project in NYC, and the 6 teaser videos of “WINNER Week.” Through the 3-week promotion, the group focused on appealing themselves as if they were a brand.
Following the individual teaser movies, the last video unveiled on July 6 features the back of the five members walking. The camera then captures each member’s faces close up. They showcase different stylish fashion items like a clean shirt and tie, and a fedora.
The movie series was directed by Shin Dong Geul, who was also in charge of TAEYANG’s teaser video of his album “RISE” and AKDONG MUSICIAN’s “MELTED.” Cinematographer Tristan Sheridan, who was also involved in world-renowned fashion brand films including Prada and Dior, also joined in. The video is made more notable as the members involved in the making of films “Captain America” and “Phone Booth” were also part of WINNER’s videos.
YG life
"Official debut".. I'm gonna cry again!
Last part is interesting, YG is going all out, MV(s) should be interesting! 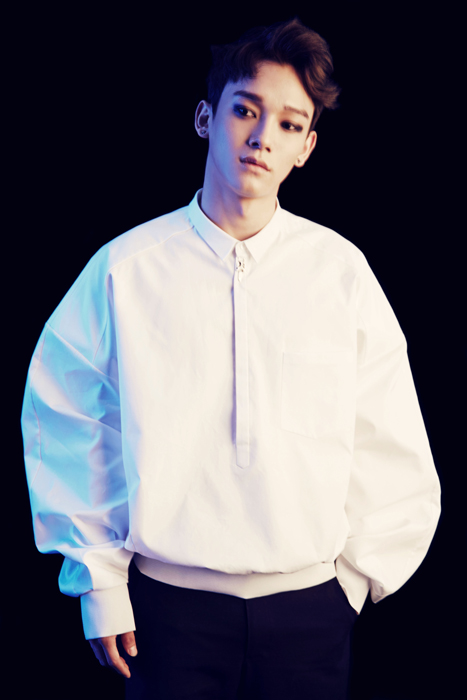 EXO′s Chen will cheer his fellow member D.O on his drama ventures through song.

SM Entertainment revealed on July 7 that Chen will be singing for the OST of SBS′ It′s Ok, It′s Love.

The song will be Chen′s first ever solo piece.

The drama will start airing from July 23. 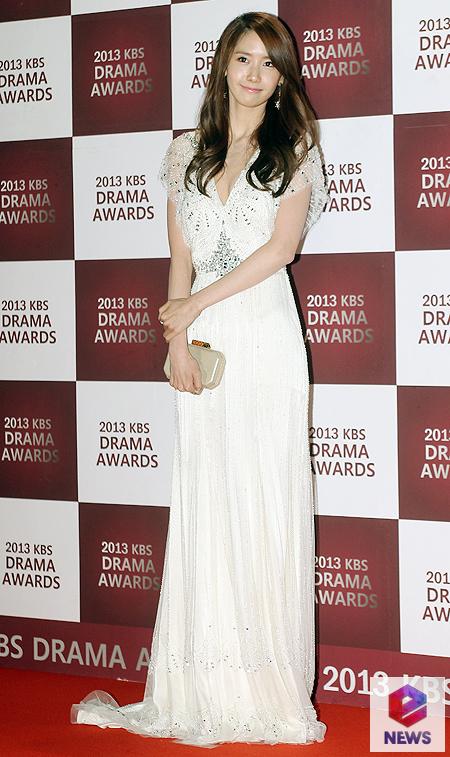 A source familiar with Nodame Cantabile productions said on July 7 that "it is true an offer was sent to Yoona."

The source added, "They held many meetings and talked about the affair. Yoona and the production company are both considering it."

KBS′ remake of Nodame Cantabile is based on a popular Japanese manga. The Japanese drama version aired in 2006.

Joo Won is currently confirmed as the male lead, as well as actor Baek Yoon Sik and Tiny G member Do Hee.

The drama will air in October.

4. [+79, -13] If they're going to give her the lead, make Yunho her casting partner. Don't stick her in with a bunch of other talented actors and turn the work into a piece of crap. Just put Yoona and Yunho together and make them make crap together!

Article: Yoona likely to be cast in 'Nodame Cantabile', "In balancing"

2. [+211, -12] Because this is a remake, Yoona's not going to gain anything beneficial out of this because it won't compare to the original so I hope she doesn't go through with it.

5. [+31, -7] The producers are clearly out of their minds and don't care at all for the actual piece of work itself

is there any korean remake of j-drama that didn't sucked? operation proposal was okay but they changed the plot a bit, throwing some makjang shit like memory loss

"Chillin with my crew #bts from korea #bangtanboys#kpop"

For some reason he reminds me of Oska, it might be the hair.

(translation: what are lc9 oppas doing lately? and at the end there is "coming soon")

ok so how many of you remembers lc9? they had amazing debut so it's sad that their company didn't release anything after skirmish.


everything I've been waiting for

Earlier today, our beloved rapper Bang Yongguk from B.A.P decided to post some interesting tweets on his account:

EDIT: Apparently, the word "딴따라" can also be a prejorative term for "singer or entertainer". No shade on nugu groups at all.

"Tim, Shannon, and Noah are this week's Netizens! Today they talk about: JYJ @ the Incheon Asian Games; Korean football team; Park Bom drug scandal; Hyomin's solo debut; Shannon and Tim stan for f(x)'s Red Light while Noah is all "NO"; The lipsync ban on MBC; Tim fanboys over Taeyang while Noah is all "WHY?!"; Lastly, comebacks we're all waiting for!
Intro music: 에프엑스 f(x) - Red Light (Farud Ebratt Remix)"


Not Your Average Netizens on Soundcloud 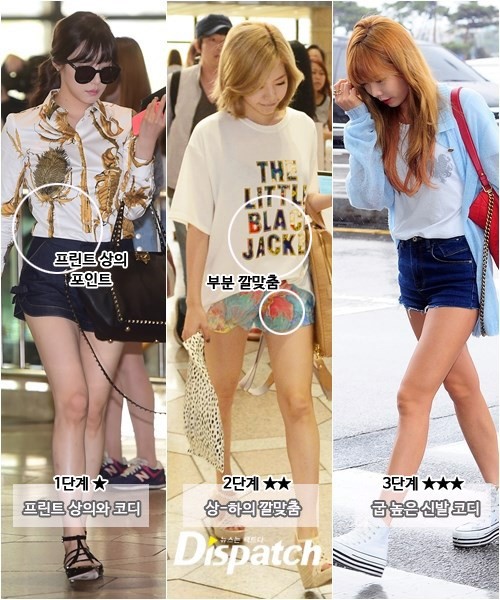 This month's MOTM has come to an end. It was a super tight race. Thanks to everyone that participated!

woohyun!!!!!!!!!!!!!!!!! Your superior GOT7 stanning and speedy posts earned you a fabulous wig.
Thank you to our sponsor ToFebruary.com ♥

At Incheon airport heading to Laos

They’ll discover the potential of the destination country with some missions given by the well-known PD, Na PD. The first episode is expected to be aired soon on August 2014!

Crank is so my bias~

This week is just a recap/highlight episode of makeup looks they've explored, and there's the next installment of Uee & Kaeun's workout at the end. Do you have a favourite look from the series, omona?

Over 1,000 talented dancers showed up for the dancing crew audition of HyunA‘s solo comeback.

The 4minute member, who will be releasing a new album later this month, held open auditions on July 6 at a location in Seoul to find new backup dancers to join her on stage.

From the early morning until the late evening, both local and international hopefuls put their skills to test in the hopes of charming the jury. The audition attracted K-pop fans from all around the world, and a total of 1,000 people took advantage of the great opportunity.

While HyunA personally paid a visit to the location, the news was not revealed to the contestants. Instead, the main judge of the audition was Kim Se Hwan, who is the leading Performance Director of Cube Entertainment.

Those who managed to leave an impression on the jury with their dance skills will be given the chance to join HyunA in performing her new hit on various stages.

In related news, HyunA is set to return soon with a new solo album, and fans will be also able to follow her journey through a reality show.

3. [+1,303, -29] Even if celebrities look like they're living an easier life than the rest of us... stuff like this makes you realize how competitive it is. Even just picking a back dancer where you usually get no recognition, thousands show up... I wonder how many people disappeared in the hopes of getting their names known as well as Hyuna's..

5. [+152, -33] Hyuna's never officially gotten into a public rumor with any male celebrity or have had any sex scandals. Her sexy image is a product of her agency and the netizens.

7. [+123, -17] People who call her cheap looking are the same ones who freeze when her music video plays on the TV. Her concepts fit exactly how she looks and I like her even as a woman myself.

listen here if it's blocked 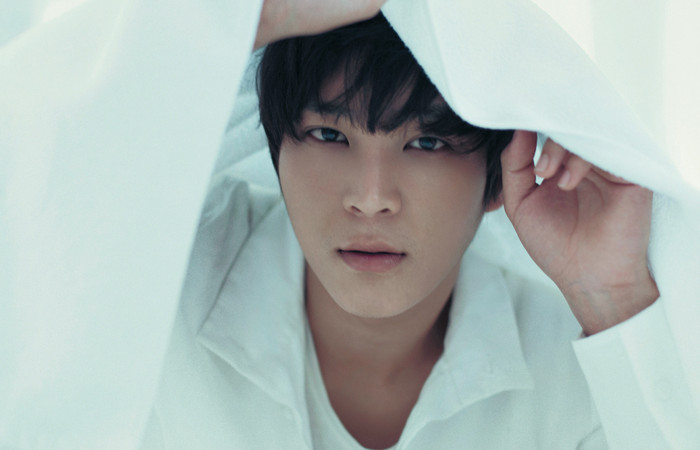 Actor Joo Won is the next hot new guest to make an appearance on the popular SBS Sunday variety show “Running Man“!

The production team of “Running Man” has been trying to cast Joo Won as a guest for many months but found it difficult do so due to his run in the musical “Ghost.” With that wrapping up and Joo Won looking at his upcoming Fall drama of the Korean version of the Japanese drama “Nodame Cantabile,” the actor is getting ready for a busy second half of 2014. In related news, Girls’ Generation‘s YoonA is being looked at as his leading lady.

The air date for Joo Won’s episode of “Running Man” has not been announced yet. Joo Won will be filming the episode today, Monday local time.