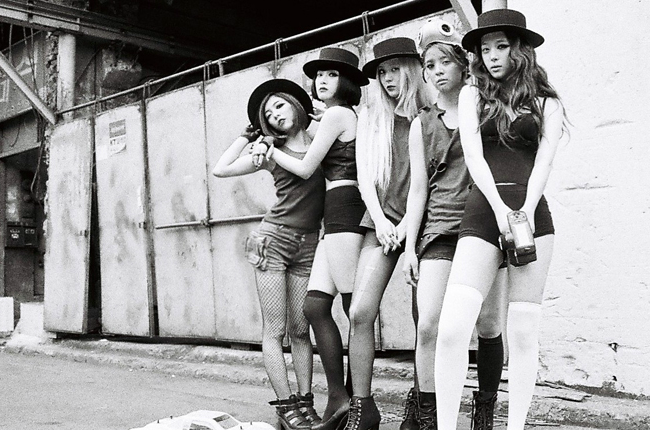 Last July, f(x) dropped new single "Rum Pum Pum Pum" – a mix of samba, funk and yuletide carols that (somehow brilliantly) blended to give the girl group its first No. 1 on the K-Pop Hot 100. A year later, the quintet returns with "Red Light" for a track that boasts more elements of a mainstream hit, but features a slew of surprise quirks baked inside – a theme held throughout their new album of the same name.

A zippy, phat bass line, ticking clock, snare drums and stadium-sized clapping open "Red Light" featuring members Krystal and Sulli's confident coos. By the 22-second mark a hip-hop bass drop is added, at 0:37 the track is growing into an epic EDM buildup until the chorus hits at 0:52, turning the song into a hyperactive, synth-pop banger. The track continues in a similar, jerky fashion, adding vocal layers, hair-raising harmonies and ad-libs to the addictive melodies at will. While it'd be tough to not label the bubble-gummy hooks as pop, the aural twists and turns give the track an exciting, exploratory element, forcing the listener to listen again to catch the different parts.

[Keep reading ★~(◡‿◡✿)]With their left-field mix of pop, hip-hop and EDM, "Red Light" feels like the type of track Britney Spears fans were hoping the pop star would come back with last year, instead of the monotonous "Work Bitch." "Red Light" isn't particularly difficult to sing, but does include a slew of silky melody lines (nailed by f(x)'s resident rapper Amber, in particular) that Brit could have easily handled.

"Red Light" is also a bit reminiscent to "Mr.Mr." by labelmates Girls' Generation, whose latest single had an easy-to-follow hook, but had quick, staccato-like ad-libs peppered throughout each section.

The rest of the "Red Light" LP plays similarly to its title track, featuring elements of well-crafted, mainstream pop, but with a healthy dose of unique quirk to establish f(x) as the hip alternate to K-pop skeptics.

"Milk" opens with cat meows, dog barks and a sample of a gun trigger loading before moving to the rhythmic, Bollywood-inspired production backing the girls' alien-like harmonies. But keeping the "pop" element of their brand of K-pop, there's a catchy, respective chorus line topped off with a ubiquitous whistle section.

The record boasts other delicious synth-pop infusions including "Rainbow" (mixing hip-hop chants with synths), "Butterfly" (the booming beats and wonky synths on the verses are smoothed over by a lush, coo-heavy chorus), "All Night" (a twinkling, '80s-synth jam that packs a punch with its jolting chorus), "Dracula" (schoolgirl chants and playful raps are juxtaposed with samples of thunderstorms and horror-movie screams) and more throughout the 11-track set.

f(x)'s 2013 album, "Pink Tape," hit No. 21 on Billboard's Heatseekers Albums chart in August, meaning a Billboard 200 entry wasn't too far away. Upon further cementing their hip take on the bright and bubbly K-pop, f(x) has certainly cemented themselves as an independent K-pop force, which could help them land on America's definitive albums chart.

Do you feel it now, Omona?

Alexander Lee Eusebio (ex U-KISS member) is currently attending Korea University and hosts KUltureTV with a schoolmate! They talk about a ton of different topics pertaining to Korean culture that you don't really get to learn from textbooks. It's fun stuff!

These are actually really interesting to watch, if you have time maybe watch one or two of them!
OT but agh he is looking good ;~;


KUltureTV posts a new video weekly! So, Omona, did you guys learn anything new from him today? c: 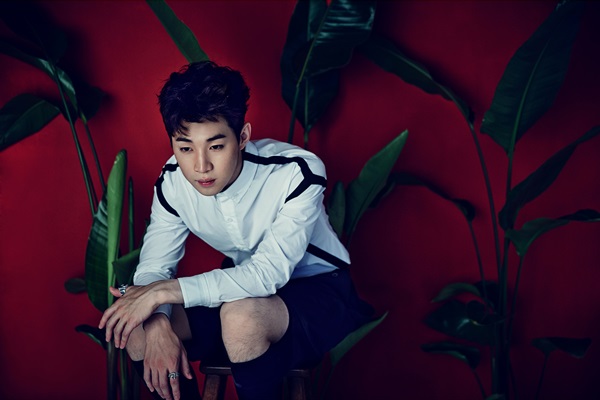 Officially beginning promotions for his new album, Henry will be revealing the teaser video for the new title song Fantastic.

Super Junior-M’s Henry will be unveiling the music video teaser for Fantastic on July 9 at noon (KST) through SM Entertainment’s official website and YouTube channel.

In the evening of July 9, the medley video highlighting the six tracks included in the mini album along with Henry’s photos will also be revealed, increasing anticipation for the upcoming album.

The mini album contains a total of six tracks, including the title song Fantastic and four songs written by the NoizeBank, a team of songwriters put together by Henry himself.

so happy for chanyeol and hoya!!! i hope seulgi does well too

Even if you're not a fan take a listen and I think you will be happily surprised by what you hear. It's upbeat, fun and a little old school in the sound. He hit #1 on the Oricon chart!!!!!! Kimi no Koe hit #3 at it's height. Track list will be in the comments. Details on purchasing the album below.
( Collapse )Fyjunho[All of Op&apos;s feelings...]OMG, freaking out. It is glorious guys. I was so afraid I'd be let down but this is a banger of an album. Turn it Up, Dangerous and Zutto are personal favorites. He's so talented!!!! And the best part is that all the 2pm members were together for his achievement. Crying and sobbing at the brotherhood tbh (if they came just to support his album drop I will literally never be able to turn in  my stan card). I'm so happy. I judge 2pm and it's members hard sometimes because they can be sooooo good and I hate it when anyone falls under expectations but Junho has not let down. I'll let the album speak for itself though.

this is an extremely image heavy post and may be updated over time!

not much has been translated/subbed yet except for the comeback spoilers but as subs arise (they may not) i'll update this post as needed.
this was a good load of stuff so let me know if i didn't source anything properly!


[(SPOILER:OP&apos;s commentary)]All Night: Dread Amber's and Krystal's outfits. My eyes hurt. Vic looks HAWT. Luna is so cute, I love how jumpers look on her. Sulli looks so pretty, I love it. She is flawfree. Also, I love this choreo sfm.

Red Light: THANK YOU FOR THIS AMBER OUTFIT. She looks so good with the hat. They all look so good in here. Sulli's short shorts leave me speechless. I can't. They are all giving me life rn. DAYUM they are slayinggg<3

Overall: I really think each stage keeps getting better and better. I was a little worried because Sulli kept giving no fucks, but she really has pushed herself harder. My princess<3 They are working so hard and it's paying off. I'll go back to jamming the whole album now. 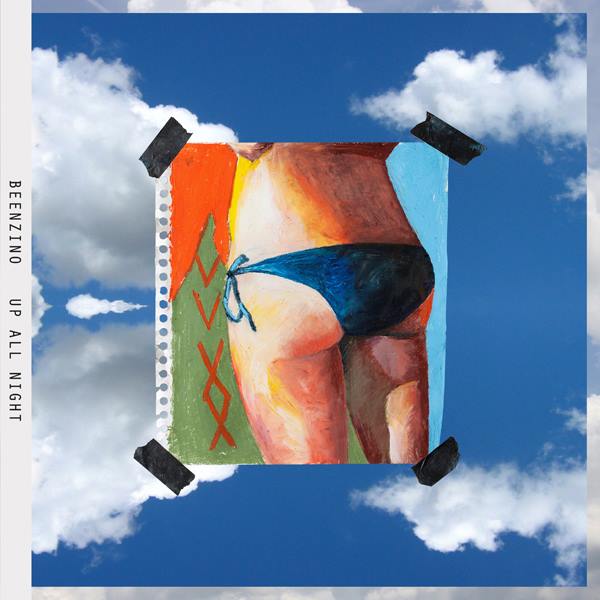 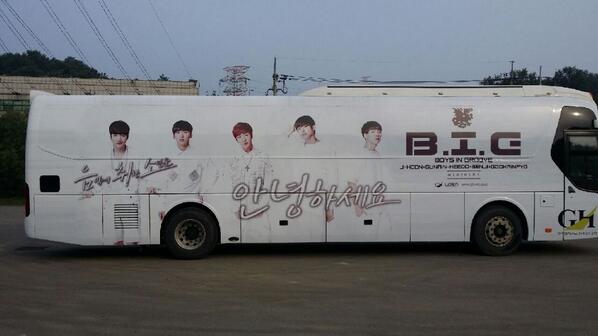 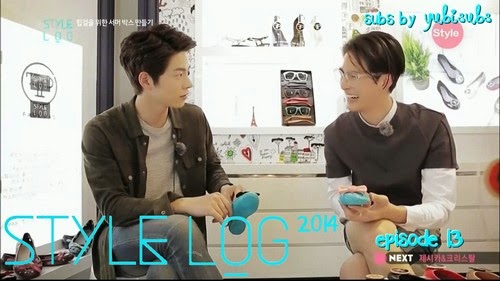 lol at manager jo and wine store's owner for being nana fanboy. I dislike this episode's concept because all i want to see is the three of them together but whhhyyyy... next week's episode is the last episode i don't want this show over this quickly i want mooooaarrr. i'm so sad ಥ_ಥ 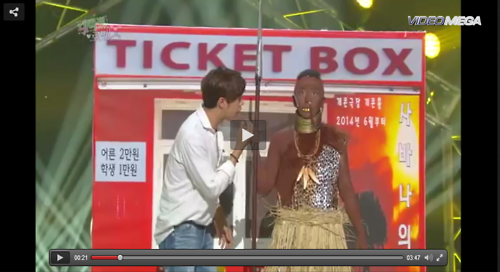 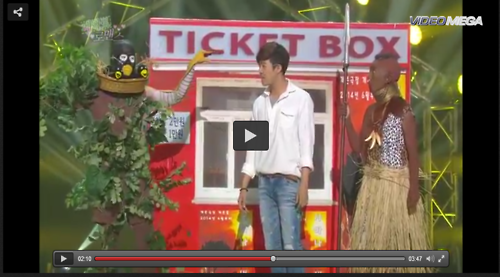 The video won't embed. You can view it on videomega.
If you do not know what blackface is, you can get informed at black-face, wikipedia, and PBS.

( Collapse )
So much pretty (ﾉ◕ヮ◕)ﾉ*:･ﾟ✧ 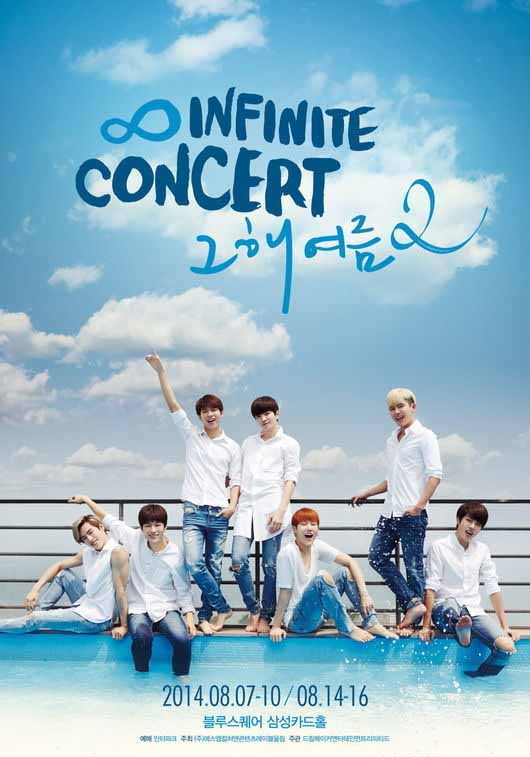 An Interpark employee who tried to sell Infinite concert tickets he obtained through fradulent means was caught and penalized.

Interpark Tickets announced on July 9, "We confirmed that a new employee used his monitoring authority on the day of the July 7 fanclub sales for Infinite′s That Summer 2 to purchase tickets. He also attempted to sell them outside of the site." Some, though not all, of the Wonder Girls members may be appearing on the stage of JYP Nation for a special performance of the group′s hits.

why is joo absent from the line-up tho...

Bless the era that gave us this...

and most importantly this... 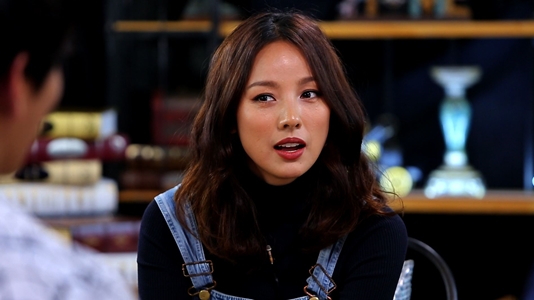 Lee Hyori expressed her discomfort on having her house turned into a tourist attraction.

During a recent filming for SBS’ Magic Eye, Lee Hyori shared a story about high school girls randomly coming to her house and revealed that her house has turned into a tourist attraction in Jeju Island.

Lee Hyori revealed, “A number of high school girls rang the door bell to my house. I told them not to but they asked me back, ‘didn’t you say to come play at your house?’”

Lee Hyori then realized that she wrote ‘come play at Hyori’s house’ as a greeting message to her blog and couldn’t help but to laugh at the situation.
source: mwave 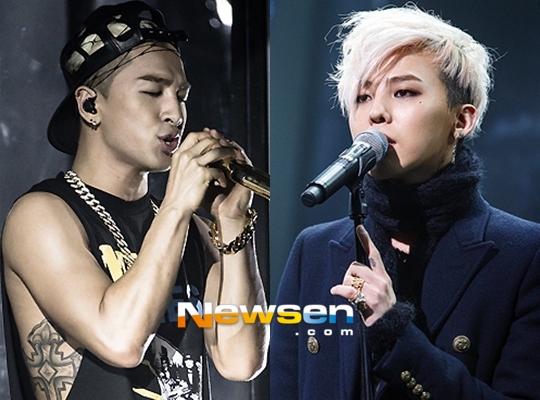 Big Bang’s Taeyang spoke up about some of his songs as well as G-Dragon′s image.

Taeyang guested on the July 8’s broadcast of MBC FM4U’s Tablo and Dreaming Radio and shared some stories behind his activities as a singer.

During the radio show, Tablo introduced three songs that remind him of Taeyang.

Only Look At Me is such a messed up song imho 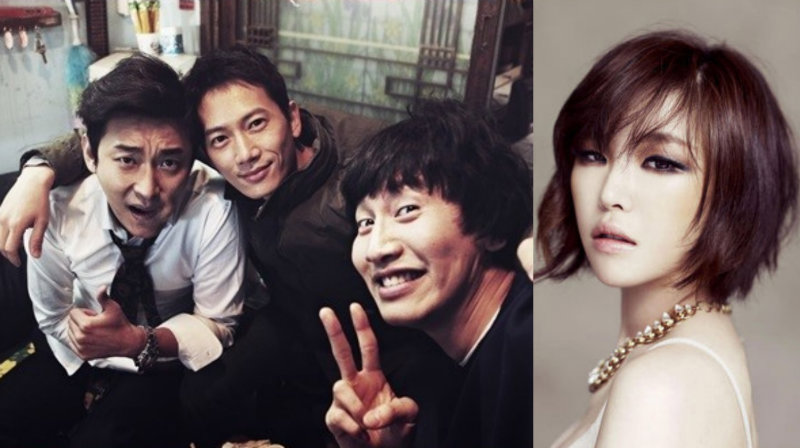 On an interview aired through MBC’s weekly entertainment news program, “Section TV,” actor Joo Ji Hoon was asked that age-old question of having to choose between friendship and love.

aww, these three really bonded through the movie....

Apparently they were formed by the (former?) head of rookie development at Cube.
Winner & now Legend, I'm not sure if I prefer acronym names beginning with B or these types of names.

MBC's Sunday program 'Real Men' is going to be interesting with the addition of a spin-off program featuring female celebrities as soldiers.

According to the PD, the female special will also consist of 6-8 celebrities who are going to undergo military training and duties. The broadcast of this special episode will be in September.

3. [+3,009, -384] I highly recommend Nana ㅋㅋ They should take disrespectful female celebrities and go fix their mindsets up in the army

5. [+592, -34] I'm not feeling this special... They're obviously going to whine and cry and cry and talk about how hard it is for them~ then they'll act all weak and the female viewers will call them out on being fake and hate on them. If they're going to go through with this special, pick someone like Jun Hye Bin who has good stamina and always tries her hardest.

7. [+357, -24] Looking forward to them going through CBR training and having their snot drip to the floor ㅋㅋ