This Let's Dance was so hilarious, we all should start learning this dance because...

On July 10th Starship Ent tweeted this picture captioned, "SISTAR to make a comeback this summer! Mark your calendar, it's 21st, July! Hope you are all looking forward to it :)"

This new song will be produced by Rado and Choi Kyu Sung (they've worked with Troublemaker, g.o.d and more).

apparently, SISTAR went to Saipan to film the video for this comeback!

( Collapse )
oh my star
dongA
tenasia
variouskpop
Official site
Cross Gene offical twit
JTBC YT channel
aka the Most Important post of my return. p.s. the aussie can hit me with his wombat kangaroo jack me up u feel mE. also Takuya from Cross Gene, Sam from Island Village, and Robin who was in like 10 seconds of the Miss Korea web series are in it. p.s.s. mods i have to keep video source secret but the links go straight to dailymotion i hope that's ok.. P.s.s.s. I don't have the time to be be subbing rn and unless this show gets more attention i don't think it will be so c'mon guys!!! do it for the hott aussie:^((

Plot: Lee Min-Seok (Seo In-Guk) is a high school student who plays ice hockey for his school. One day, he suddenly begins works as a company director instead of his older brother. At work, he meets Jung Soo-Young (Lee Ha-Na) who is a temporary employee there.

[Seo In Guk Suffers Injury on Set that Suits the Plot]

Viewers who caught the latest episode of "High School King of Manners" witnessed a scene in which Seo In Guk was exercising so enthusiastically that he injured himself. His character falls so hard during training camp that he had to wear a sling. And that leads his secretary, played by Lee Ha Na, to think he was injured in an earthquake in Japan.

But what may have puzzled viewers is the fact that he has an ace bandage wrapped around his shoulder before he even fell.

He earned that ace bandage while filming another scene in which his character played ice hockey.

According to his agency, Jellyfish Entertainment, the actor was treated right after he injured his shoulder ligament and he returned to the set immediately after treatment. He wanted to continue shooting is scene.

"He has a shoulder guard on because he hurt his ligament, but he removes it during shoots," said a Jellyfish Entertainment representative. "He only keeps it on during breaks or when he's looking over his script."

Whether the injury he sustains working out was originally part of the script or was added after he injured himself, it is convenient as it allows him to wear a cast and rest his arm.

"I want to be an actor who fulfills the role assigned to me," said Seo. "If the character requires me to put on weight and look ugly, I will do the background work in order to immerse myself in that role."

Still, even with two months practice, hockey can be a rough game and simply wearing the heavy uniform can be exhausting. His character is supposed to be an ice hockey star and perhaps the best athlete on the team.

A lot happened this week.
In other news the show might be getting a two episode extension. 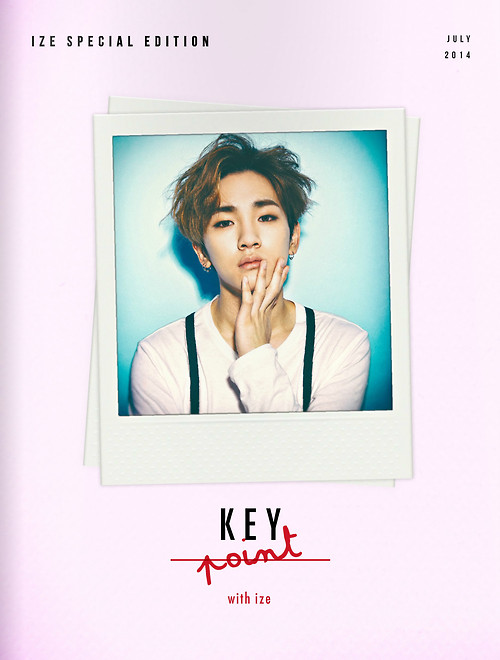 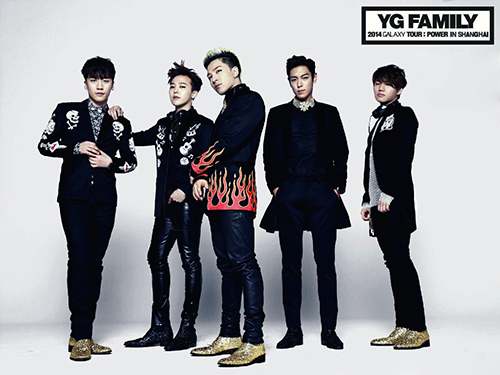 I'm single-handedly trying to revive omona. i will make a post about my experience making natural bar soap with my enemies' body fat if i have to. ( Collapse ) 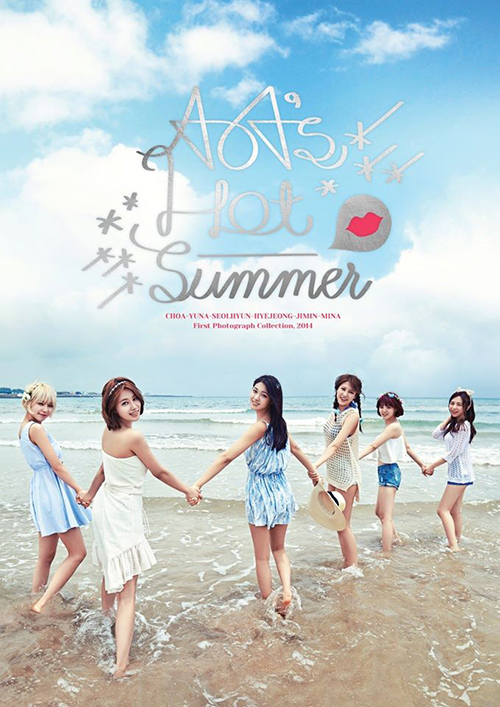 AOA is on secret holiday ? #HotSummer on the beach.
AOA’s first photo book, #AOA’s_Hot_Summer kicks off its subscription sales as of today ! (Release date: July 24)

I guess no Chanmi because she's underage?
And no Y because FNC are idiots

Please let me know if I'm missing any cuts. I didn't know this week's episode was live and just quickly scrapped everything together. 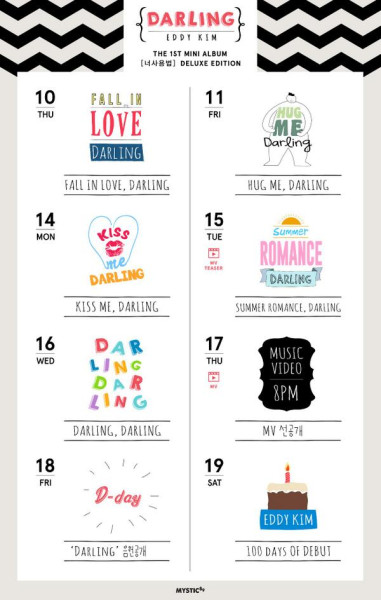 I can't for the life of me figure out how to embed a facebook video sorry! This is a mess of a post ugh

Also I really like Park Jiyoon's other song, but since it was a single album I couldn't really make a listening post so I decided to stick it here

TV personality Oh Sang Jin (“You Who Came from the Stars") and Girls’ Generation's Sooyoung will be hosting the 2014 Miss Korea Pageant, to be held on July 15 at 7PM (KST) at Olympic Hall in Seoul’s Olympic Park. Artists invited to the pageant to perform include DJ KOO, Fly to the Sky, DickPunks, K-Girls, pianist Shin Ji Ho, Jin Jung Hoon, and others.

This won’t be the first time together for Oh Sang Jin and Sooyoung, who co-hosted 2009’s “Fantasy Couple.” Currently, Sooyoung is hosting SBS’ “Night of TV Entertainment,” and Oh Sang Jin Mnet’s “Dancing 9.”

7. [+173, -13] No good Miss Koreas lately, they're not natural but not plastic surgery monsters either

9. [+199, -88] Sunny, Hyoyeon, and Sooyoung are not celebrity-level beauties. Nobody would even look at them if they were non-celebrities. 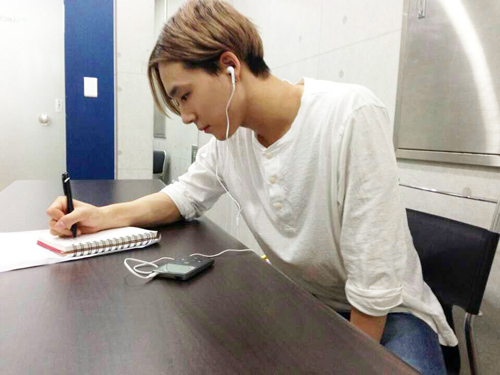 “As I experience the stage as a trainee, I’ve found my undiscovered charms.”

Cube Entertainment that houses BEAST, 4minute and G.NA, has recently garnered attention for having trainees to promote alongside their artists. Their pretty visuals and slender bodies had garnered strong attention from the public. The same goes for G.NA’s male back dancers as well.

Among the many of them, Kim HyoJong (20 years old) expressed the reason of being a back dancer, the process and also his thoughts on concluding the promotions. Kim HyoJong has been with Cube for more than a year, attending specific classes and training during his year as a trainee. 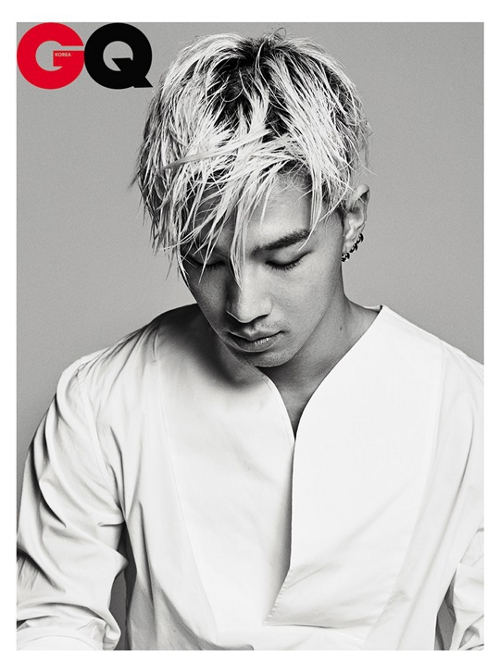 Some choice quotes from the article:

What Taeyang wanted to do: After [the last album] <Solar>, I didn’t really think much about what to do as far as the next album was concerned. I just went on a lot of trips. As to the next album, I figured I’ll just do whatever I want. The music I was into at the time was very dark, cold underground R&B, and when I tried to make that kind of music, I ended up butting heads with our company a bit.

About dealing with YG: In the end, this place, too, deals with mainstream music and deals with the general public. To compare, I’m the gambler, but I’m not the one who actually decides how to bet. I make the moves, but it’s the company that looks at those moves and makes the bet. And as the company continues to grow in scale, its musical colors have become more varied. Sometimes, it’s still hard to believe a group like Akdong Musician is in our company.

Paris Fashion Week: (Laughs) If we’re going to talk about Paris Fashion Week, it’s a lot of fun watching the shows. But, the whole time, I was uncomfortable with the appearance that I was there just to be seen, a celebrity wanting to be photographed. When, really, if you’ve been invited to a show, it’s simply courtesy to wear their clothes and try to look good… To be honest, the first time I went, it was an escape, in a sense. I would stress and stress about the album and just feel stuck, never getting anywhere. So I left to refresh myself and have a change of pace. But the second time I went, I realized it. What this is about. I don’t think you’ll see me [in that kind of setting] again.

Almost having Cho Yong Pil in RISE: I would have loved to sing ‘Let Go’ with Cho Yong-Pil sunbaenim, so I pursued it, but we were pressed for time and couldn’t make it happen. I went to him with the song, and he told me the music was good, but that he didn’t have the time to sing on it. In a way, I was grateful he declined because I understood that he’s not someone who does anything casually. I didn’t want to rush it either.
You can read the rest of the article here >> Silly for alwaystaeyang.wordpress.com
GQ 1 2

They are too cute to be real (ﾉ◕ヮ◕)ﾉ*:･ﾟ✧
help me I'm falling into a kanja level of fangirling (almost) which means I'll start talking dolphin,
oh lord, this is not good 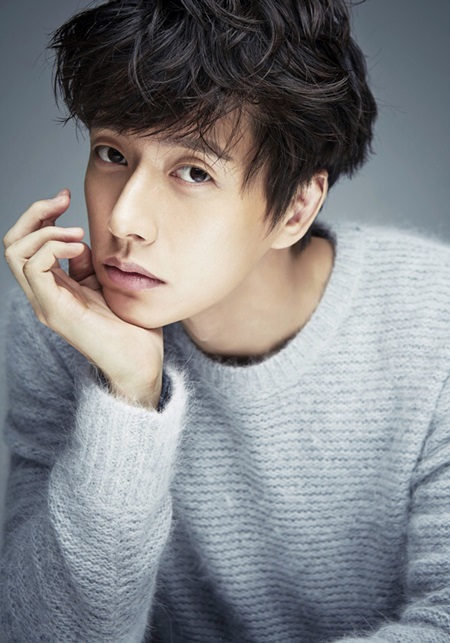 Following his role as a charismatic doctor, Park Hae Jin will be transforming into a psychopath.

According to WM Company on July 9, Park Hae Jin has been cast as the lead of OCN’s new original series Bad Guys.

Airing the first episode in October, Bad Guys is an 11-episode drama about a detective who gathers a number of criminals in order to root out more evil and dangerous forces. Park Hae Jin will be taking on the role of ‘Lee Jung Moon,’ a genius psychopath.

[Making of the MV] 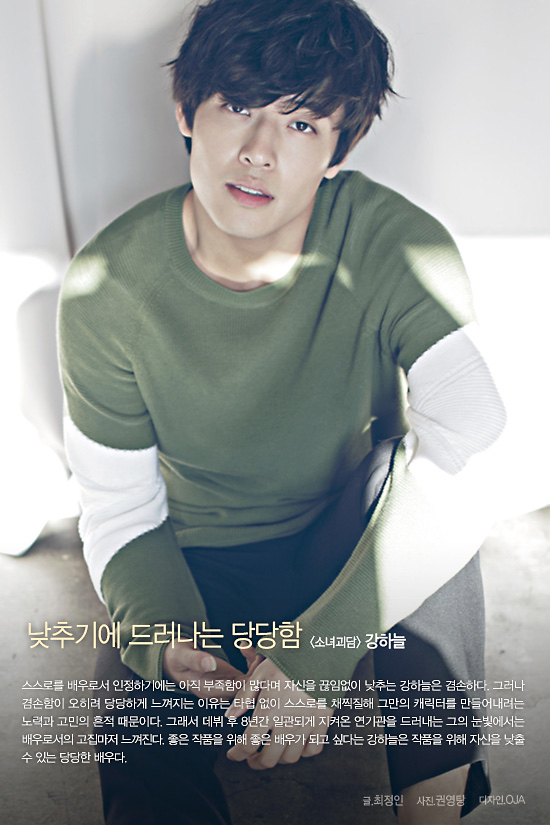 This is my first post and I couldn't resist submitting a post celebrating Gong Yoo! Hoping I did everything properly! I'm celebrating his birthday with a glass of wine and watching his Running Man episode! ♥

I think Gaon fucked up their digital chart so don't ask me if it looks weird lol. 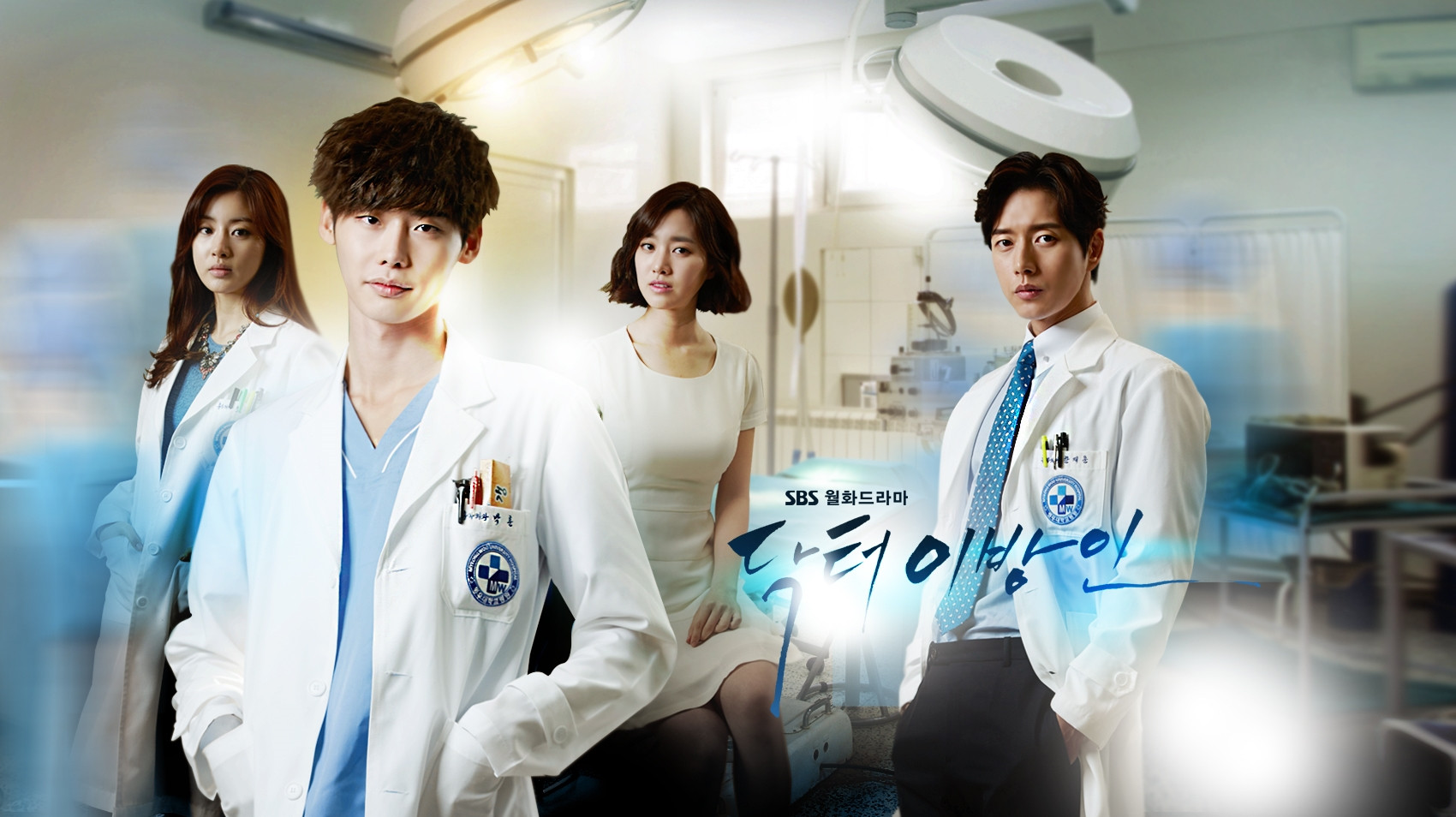 I uploaded a bunch of new stills, at least they gave us a lot of pretty to look at.

It sounds good! I like recording mvs, and the girls all look great! Hyeyeon...♥ 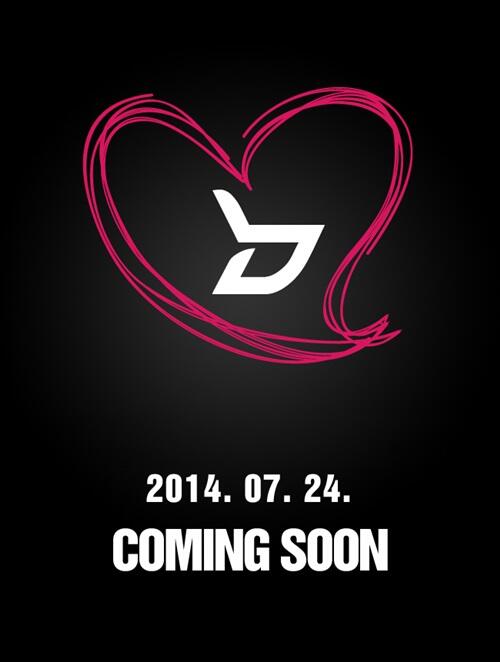 Group Block B will be coming back to the music industry on July 24th with a new album.

Block B will embark on authentic comeback promotions beginning at midnight on the 24th with their fourth mini-album ‘HER.’
( Collapse )
Source: kari @ bbintl (member locked), xsports

crossing my fingers for more of an RnB feel 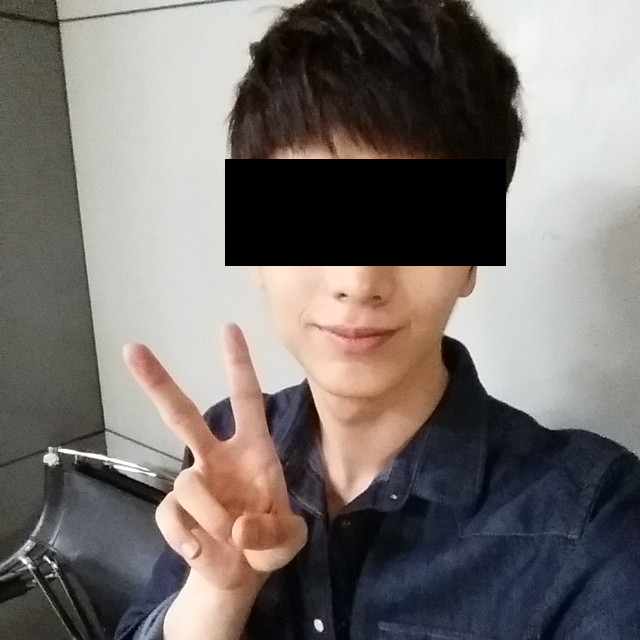