Not only is it the song title “One More” that is under fire, but the lyrics as well: “For you and me / let’s invite one more person / into our room / someone who’s done it more than us / now’s the time / one two three.”

Three years after their debut, FIESTAR, with their new sexy concept, is receiving more interest than ever. They are on a steady rise in the music charts, and they have several times made it onto the list of most-searched names.

What do you think? Do you agree with MBC’s decision to ban the song?

Your weekly dose of murder mystery role playing game is back again with JTBC's Crime Scene (크라임씬).
OP is sorry for being a day late with the post.

In this show the exceptional cast is brought to a crime scene and they take roles as suspects and use their investigative and deductive skills in various ways (observing the crime scene, group talks, hot seat, one-on-one interrogations) to catch the criminal amongst themselves.
After their investigations, the cast vote for who they suspect is the killer. If the majority of the cast is right, they get the gold prizes but if they're wrong and the killer got away with the crime, the murderer will collect all the gold.

This week we welcome Shinee's Key as the episode guest. He, too, arrives with great confidense in his abilities.

Today's mystery is the murder of an experienced professional football referee, who is brutally killed the night after a game.
Just who committed the crime?

Open to: All, detailed results viewable to: All. Participants: 46

Before the cast give their votes and the killer is revealed, who do you suspect the most?

Discussion very welcome in the comments (so if you don't want to spoil the ending, don't read them ^__^).

Next week we will have the highly anticipated season finale.. with CNBLUE's Min-Hyuk returning after his failure a few weeks back. OP is not too excited for the guest, but the case, set on the filming set of a movie, sounds great.

Getting excited yet Omona? Unfortunately no more teasers until Monday, according to the calendar

I wish they showed his face in the teaser, but the aqua suit is intriguing? I like it 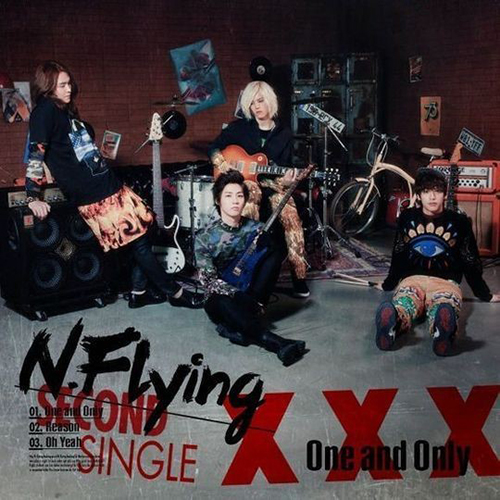 FNC Entertainment, the home of popular bands FTISLAND and CNBLUE, as well as girl group AOA, has announced that their new rookie boy band N.Flying’s debut date has been pushed back more than three months. 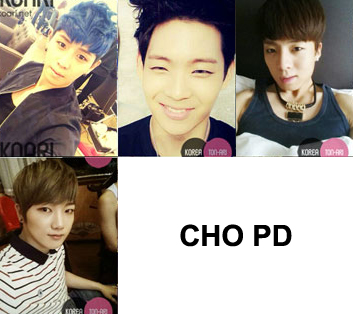 This news was released on July 11th by Stardom Entertainment, home of EvoL and Jung Seulgi, who later revealed the collaborative single will be available as a digital song on the 16th at noon KST.

For the upcoming digital single, Topp Dogg’s Seogoong, Sangdo, P-Goon and Yano will be featured alongside Cho PD.

Unfortunately, the agency did not reveal any additional information on the genre or type of song the single will be. Further information is planned to be released through their SNS on the 14th.
Meanwhile, Topp Dogg has been busy promoting themselves the past few weeks with the track "Top Dog" from their album “AmadeuS.”
source: sports korea, koreaboo + photo by koari and crudely edited by me

source: shu35150510
messed up on my first submission! please accept this one instead mods!
i'm proud that they sang so much of it live on their first stage
i like the choreo its nice and its pretty simple so they can still work those notes
messed up the tags too and it can't be removed rip

Idol group Bangtan Boys (Rap Monster, Suga, Jin, J Hope, Jimin, V, Jungkook) will be appearing in a new reality program with their name on it.

According to a broadcasting representative on the 10th, BTS will have their very first reality program called ‘Bangtan Boys Baby Gangster’ which will be produced by CJ E&M.

The filming consists of BTS and Big Hit CEO Bang Shi Hyuk working on their comeback album while hanging around in Los Angeles.

Edit: there seems to be a mistranslation here and the show is called 'BTS American Hustle Life'

ugh he's so handsome and his voice is ridiculous TT_TT

Sorry mods, I'm an idiot. Please accept this one instead.

As Time Goes By

The album has a total of 3 tracks (and was released yesterday!):

Such a chill summer song.

pleasantly surprised we're getting so many releases in such a short period of time!


Two more versions of The Best have also been announced:

"Family Mart (a convenience store chain) has announced that another version of Girls' Generation's "The Best" album will be available in Family Mart stores starting August 6th. This version of "The Best" will include a song called "Chain Reaction", which is not included in the editions releasing on July 23rd."

I bet this is from SM to all the hardcore fans that fear they might break up soon lmao. SOUNDS GREAT THOUGH. (And perhaps that other new song will be a more danceable.) 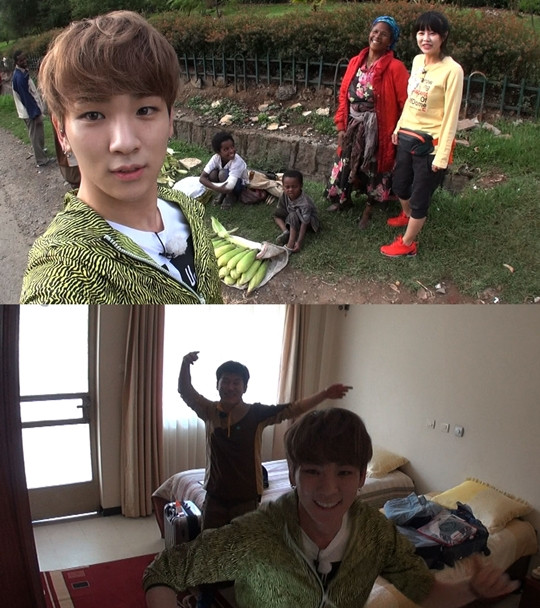 SHINee’s popoularity has been proven in Ethiopia as well.

July 11’s broadcast of MBC’s 7 Hungry Houseguests will feature the second episode in Ethiopia with SHINee’s Key joining as a new member.

7 Hungry Houseguests is a road reality/variety show that introduces traditional food, culture, history and nature of different countries. Key, who couldn’t join the show with the other members due to his schedule, jumped in later on.

Having earned his status as a ‘variety-dol’ by showing his humorous senses, Key quickly got along with the other members as well as the citizens of the country, thanks to his English skills and friendly personality.

Key also proved SHINee’s global popularity by gathering fans around him everywhere he went in Ethiopia. During a dinner with the other members at a hosting family’s house, Key’s fans visited, leading to a spontaneous fan meeting. Key reportedly hugged each of his fans upon seeing them tearing up to see him in person.

Welcome to the 6PM EST Talk and Bond FFA! If you're new to the community now is the time to say hi!

Do we have any other information on this comeback/repackage... other than that it's happening...? 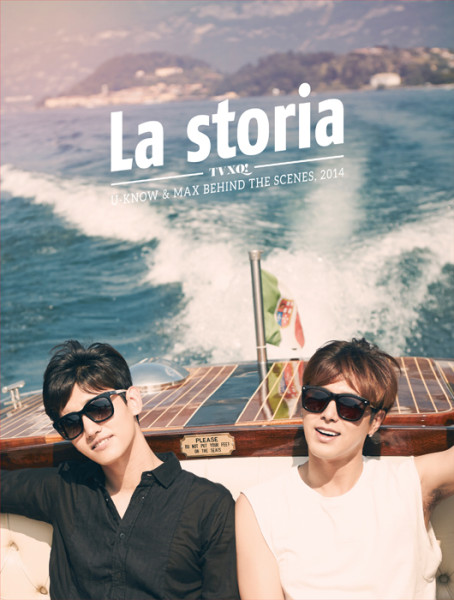 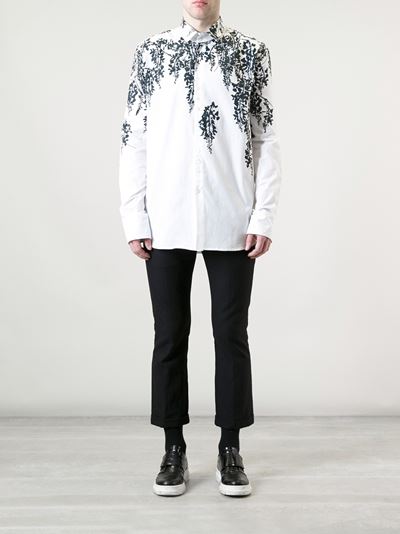 Open to: Friends, detailed results viewable to: All. Participants: 123 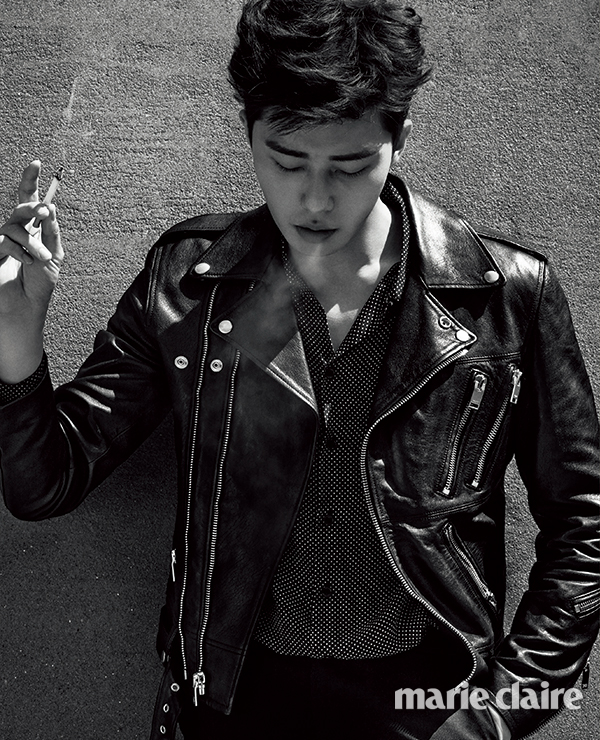 RULES : B1A4 members will select 15 out of 49 tiles per mosaic during the online fan meeting, selected 15 will get B1A4 Special Badge!

( Collapse )
sources:llama_ajol (twitter), ajol_llama (instagram), vic_to_ri_a2
if anyone could provide a better translation for the tweets, that would be much appreciated.