Singer-songwriter J-Min has recently been pursuing her solo career in Korea with the track "Hoo," to which she released the music video a few weeks ago. According to SM Entertainment on July 10th, J-Min will be releasing her first official mini-album in less than two weeks!

Throughout her solo career, J-Min has focused mainly on her activities in Japan, and has released six singles and albums since her debut in 2007.

J-Min has already received a largely positive response to her outstanding emotional vocals after taking to the weekly music show stages with the track “Hoo.”

The 1st mini-album “Shine” will released first online on July 18th, before being available as a physical album to fans on the 21st.

BtoB Hyunsik was revealed to have a sent a message for a fan. Basically what happend: some i-fangirl made a separate twitter accound that she used to send Hyunsik the exact same message multiple times (over 3000 tweets with the exact same thing all over). She basically went on saying stuff like she can't eat or sleep because of Hyunsik and she's cutting herself too.

and they say melody is a sane fandom........ i wouldn't really call her a fan

Details about Kara’s forthcoming comeback have been revealed by K-pop insiders. According to a few unnamed insider sources, quoted in an article by media outlet enews24, the girl group has set a target date of August for the new release, and has even begun filming music videos.

Kara is set to drop a mini album featuring its newest member: the winner of television audition show, “Kara Project,” Youngji. The group will also embark on a tour of Japan in October.

One source was quoted as saying, “Kara will be making a comeback with a new collaboration with [music producer and song writer] Duble Sidekick. They filmed the music video on July 9 at a location somewhere in Gyeonggi Province.”

Other quotes from insiders shed light on the way the group is operating now that a new member has joined. These included, “Since Youngji has joined, she has given Kara something of an energy boost,” and, “All of the members have resolved to make this album a success.”


*New female duo LODIA debuted with their own composition, 'I Got a Feeling.'
It was written, composed and arranged by Elena and Effy, the two equally gorgeous and sexy ladies of LODIA. Aside from the showcase of their talent, TASTIX (a famous electronic musician in France) added some spice with a remix. David Hachour (director of mastering for electronic DJ artist David Guetta) participated also by handling the mastering." 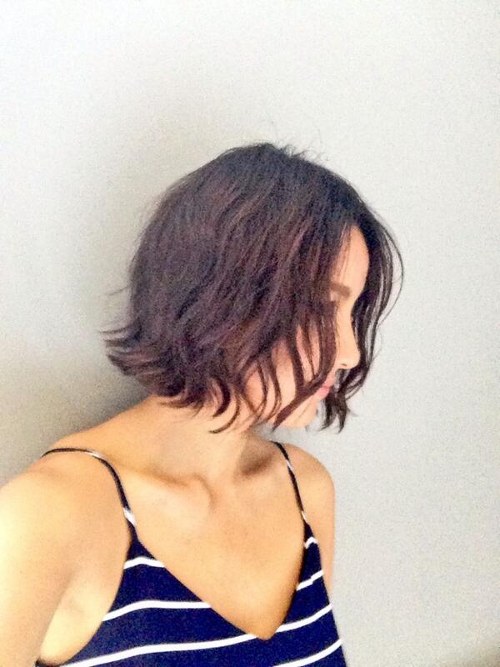 source: MBCkpop
hey i got the show right this time!
i looove the stage setup and i'm really glad they performed at least some part of judgement. now i just need a big deal performance :')
singing a lot live again and those closeups. rip op

They sounded so amazing here!!!!!

source: pledis17 for the group shot and profile photo; seventeen's official website profile
updated profiles (in English) for the members can be found at pledis17.
i would add the today's episode of 17tv too but a lot of it is talking and it hasn't been subbed yet.
i figured mingming had left, but i had no idea doyoon did...... only to add another member? come on pledis
also "pre" members? what?

Apparently Rapper Line are going to be the main focus in the next version ^o^
Here is the previous -life ruining- acoustic version!

Mods please accept this one instead!
Source: 100%'s Youtube 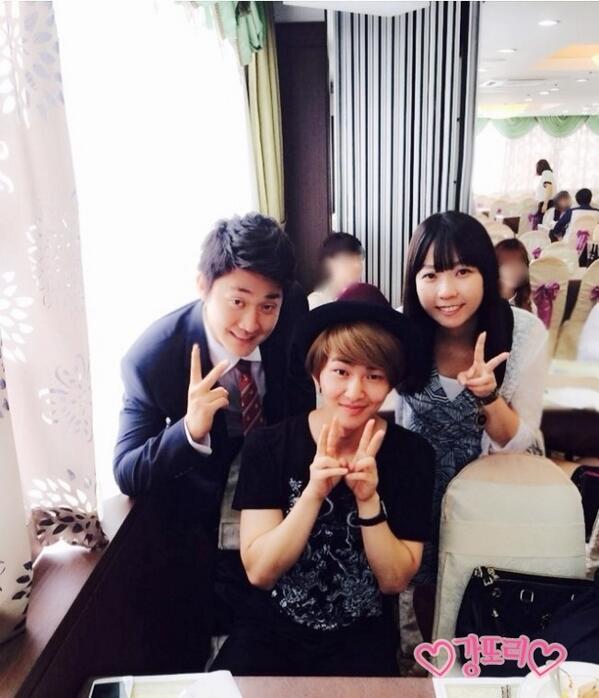 I'm outside. It's been a while. The weather is nice. 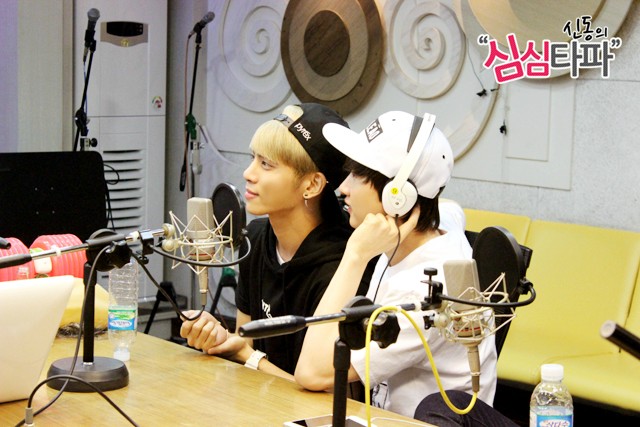 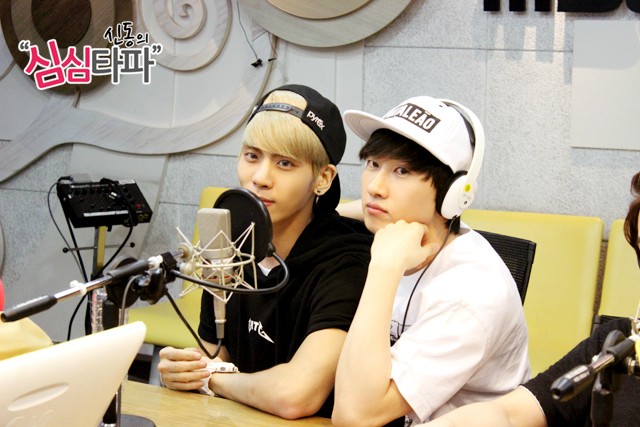 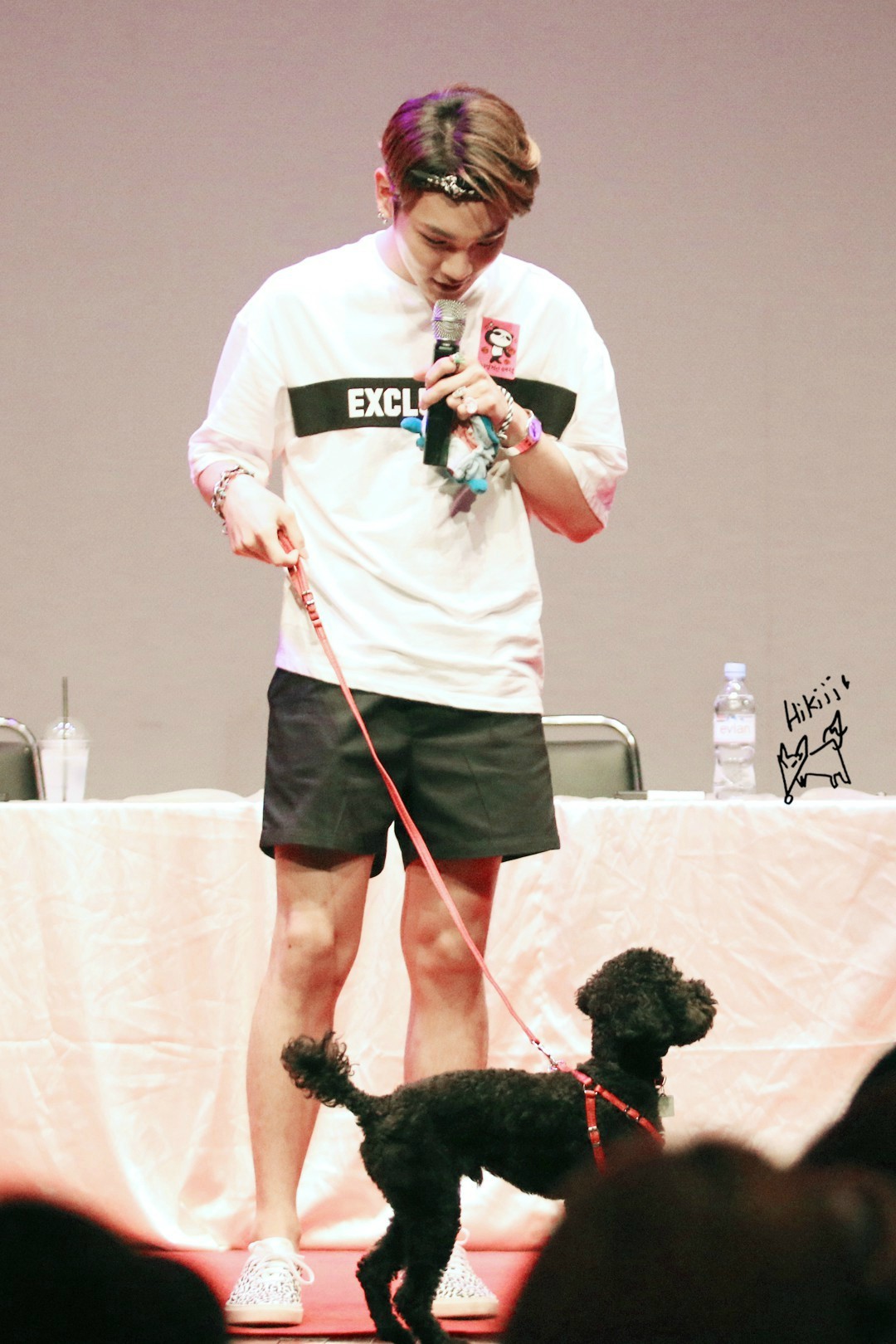 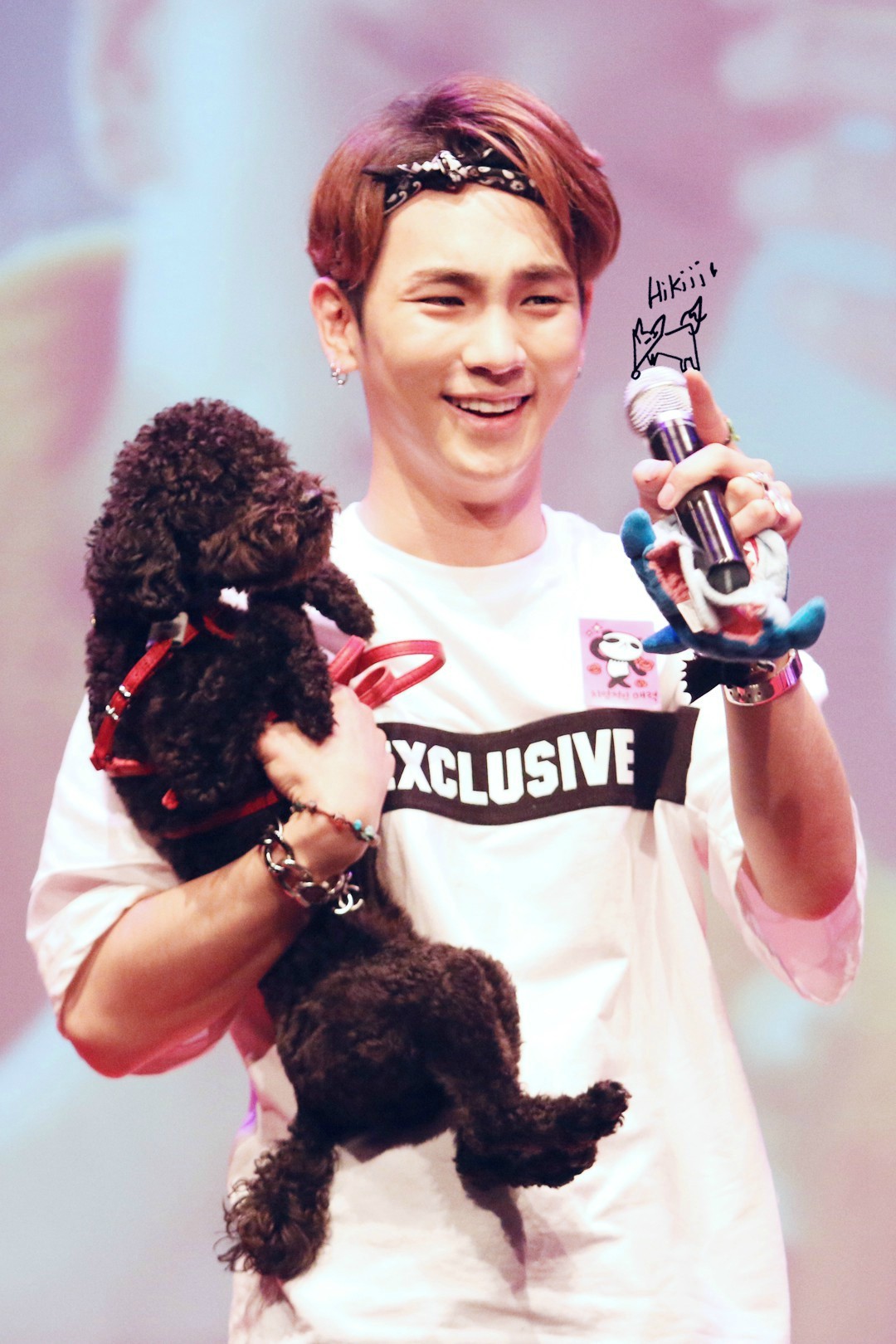 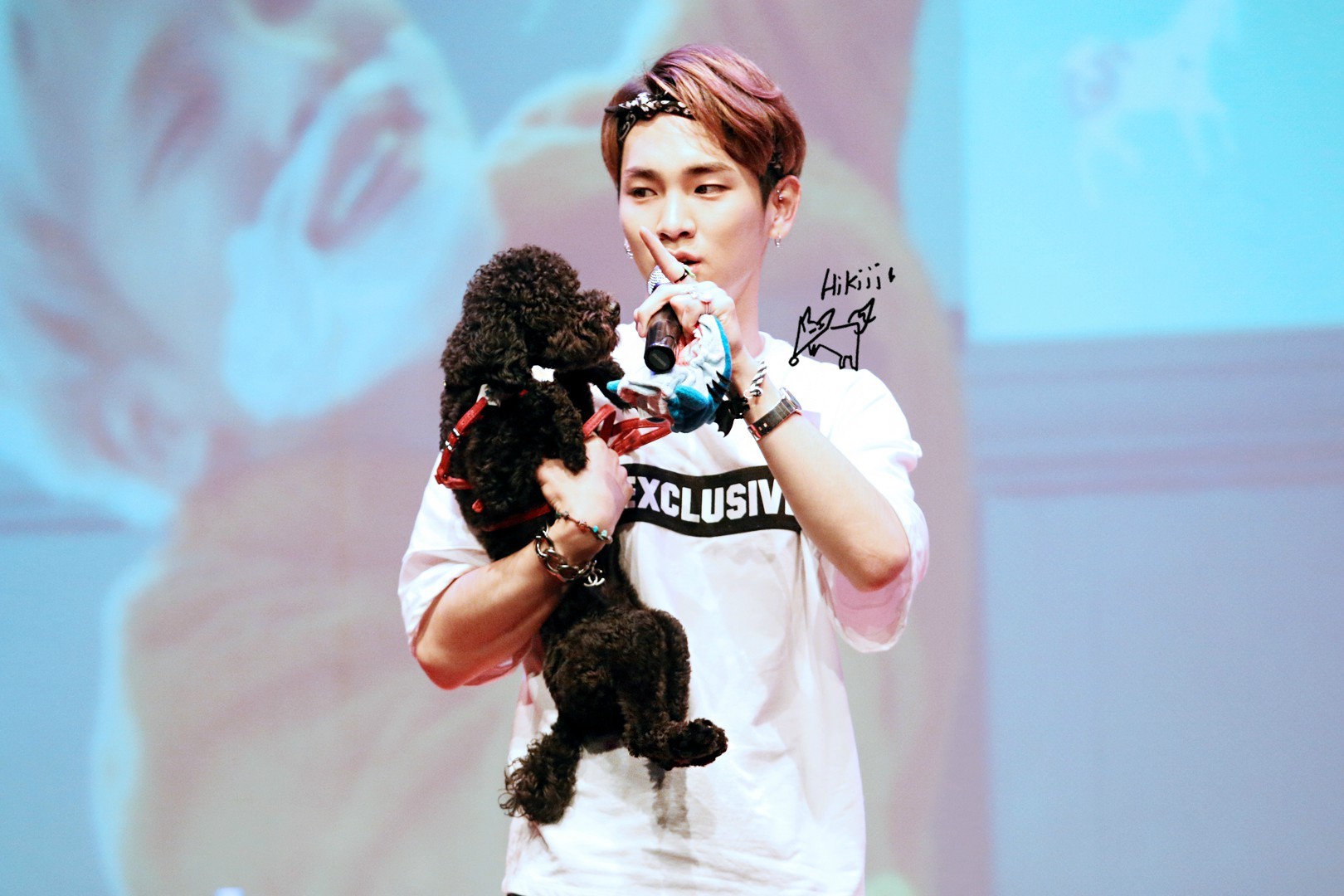 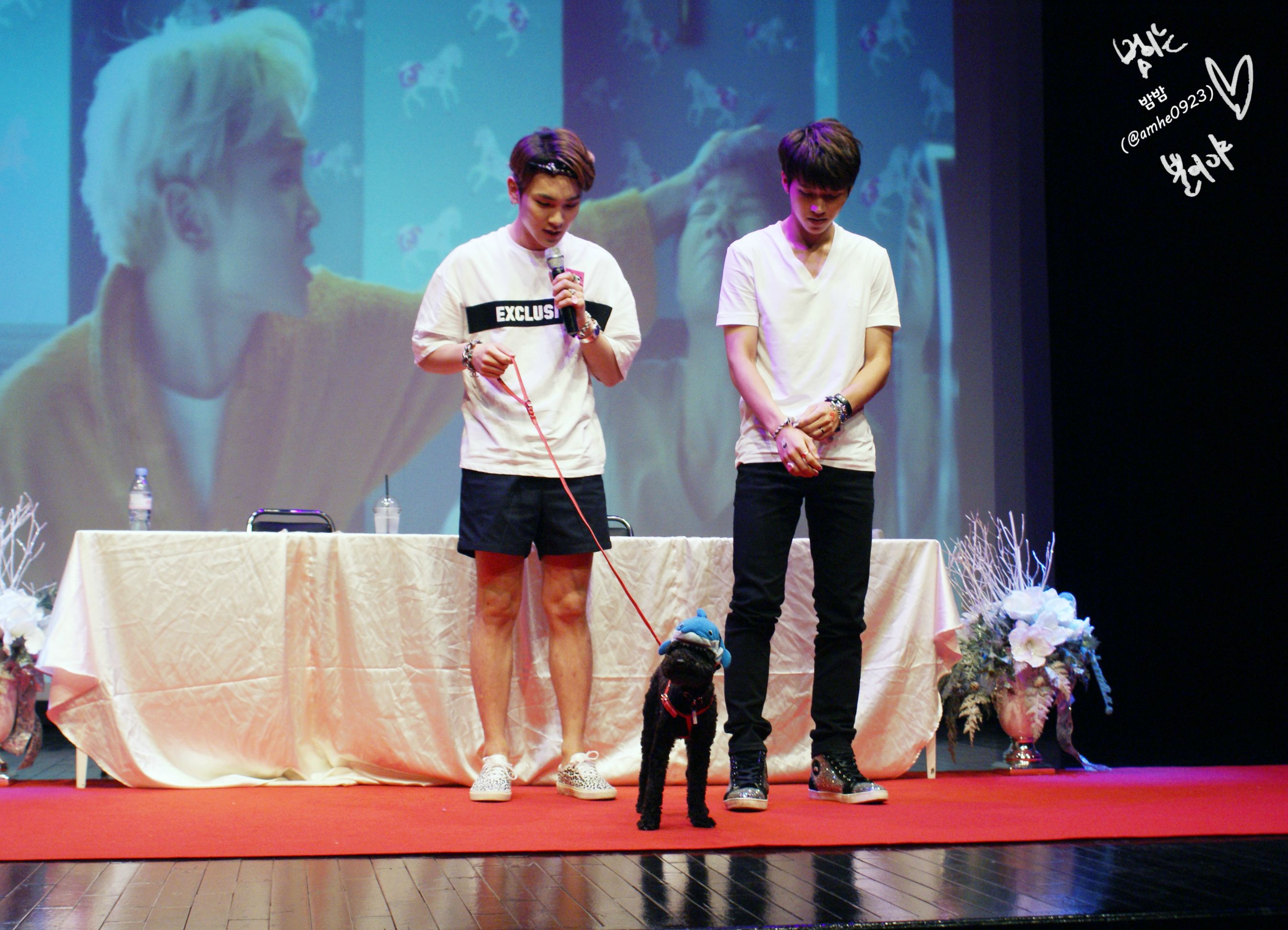 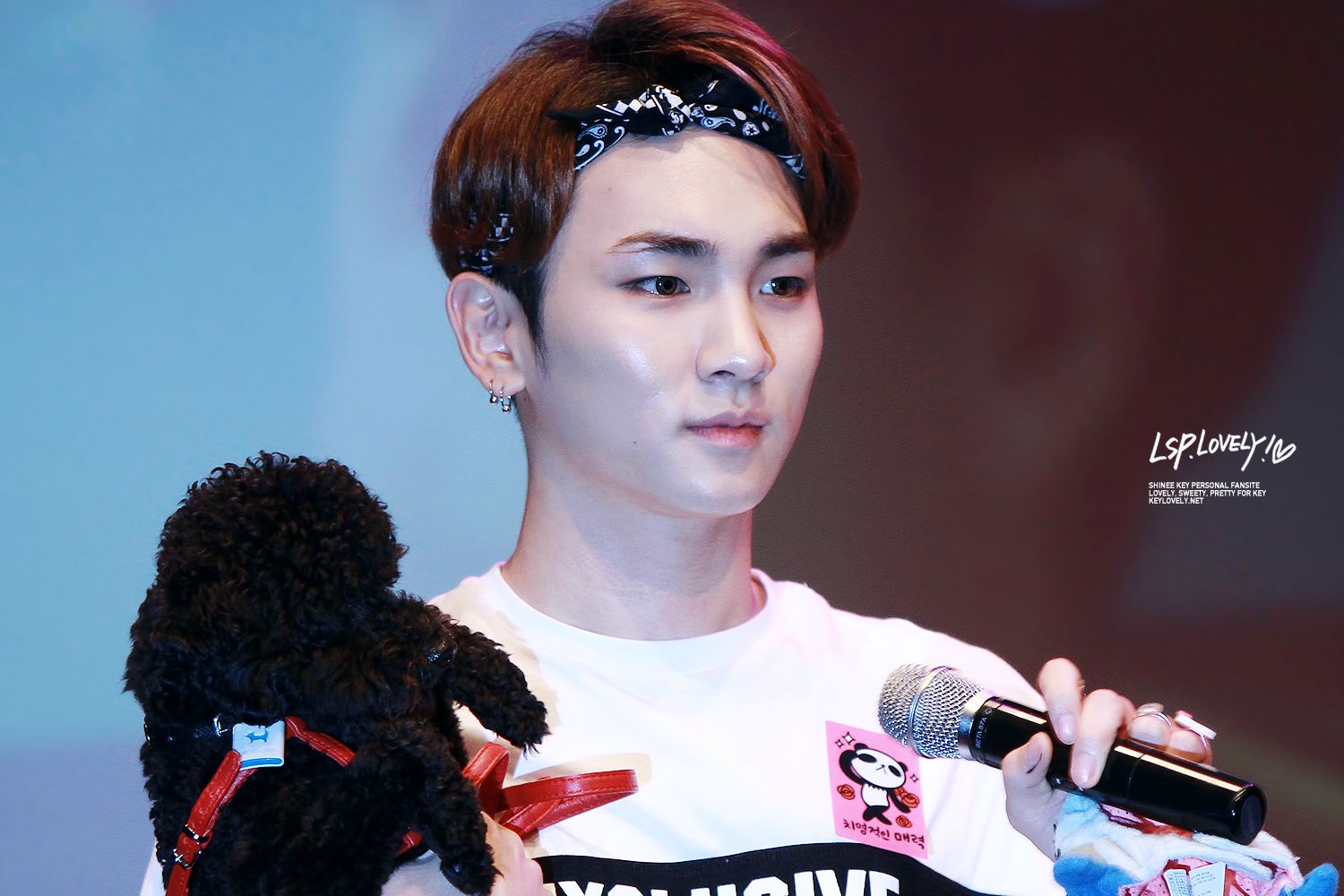 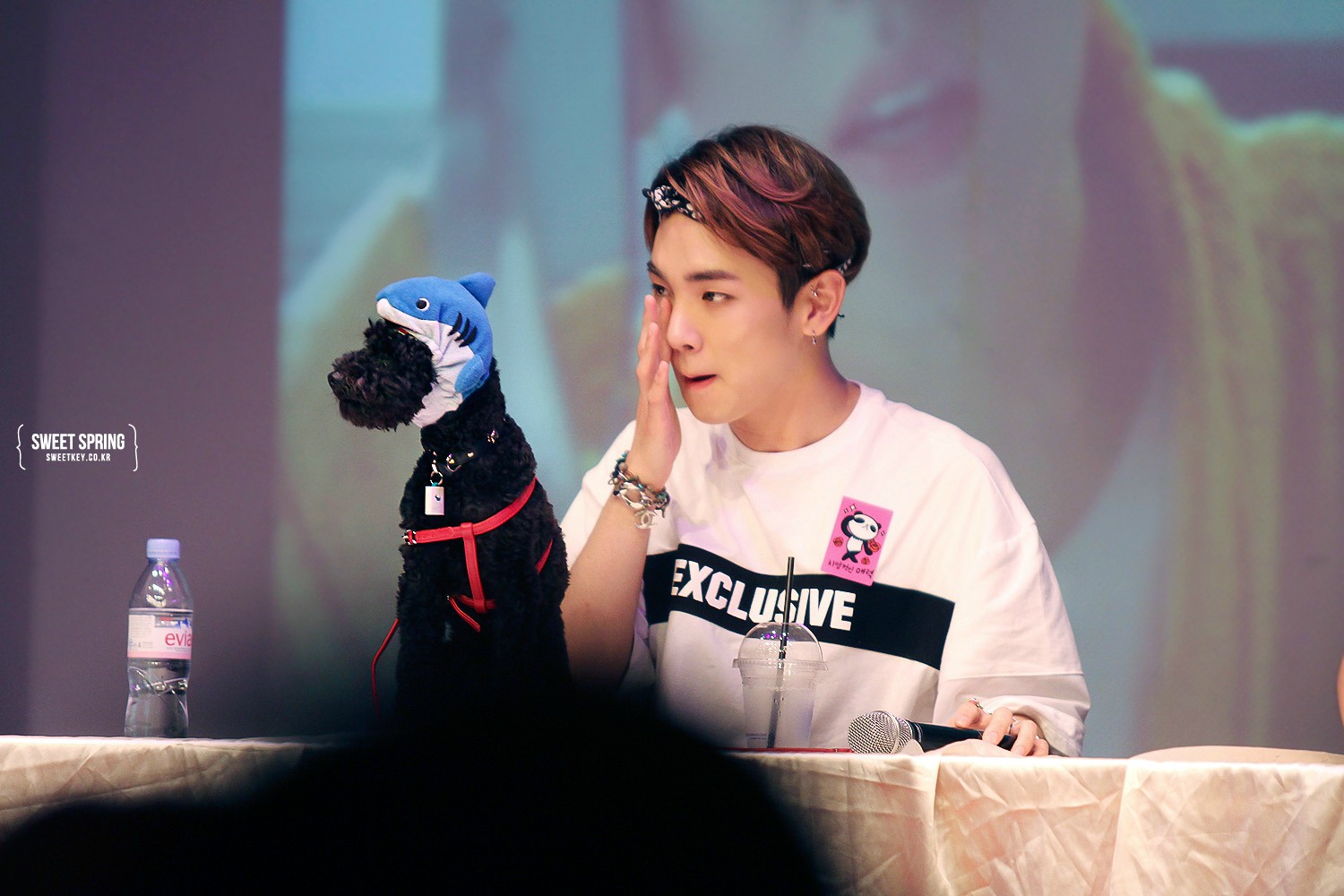 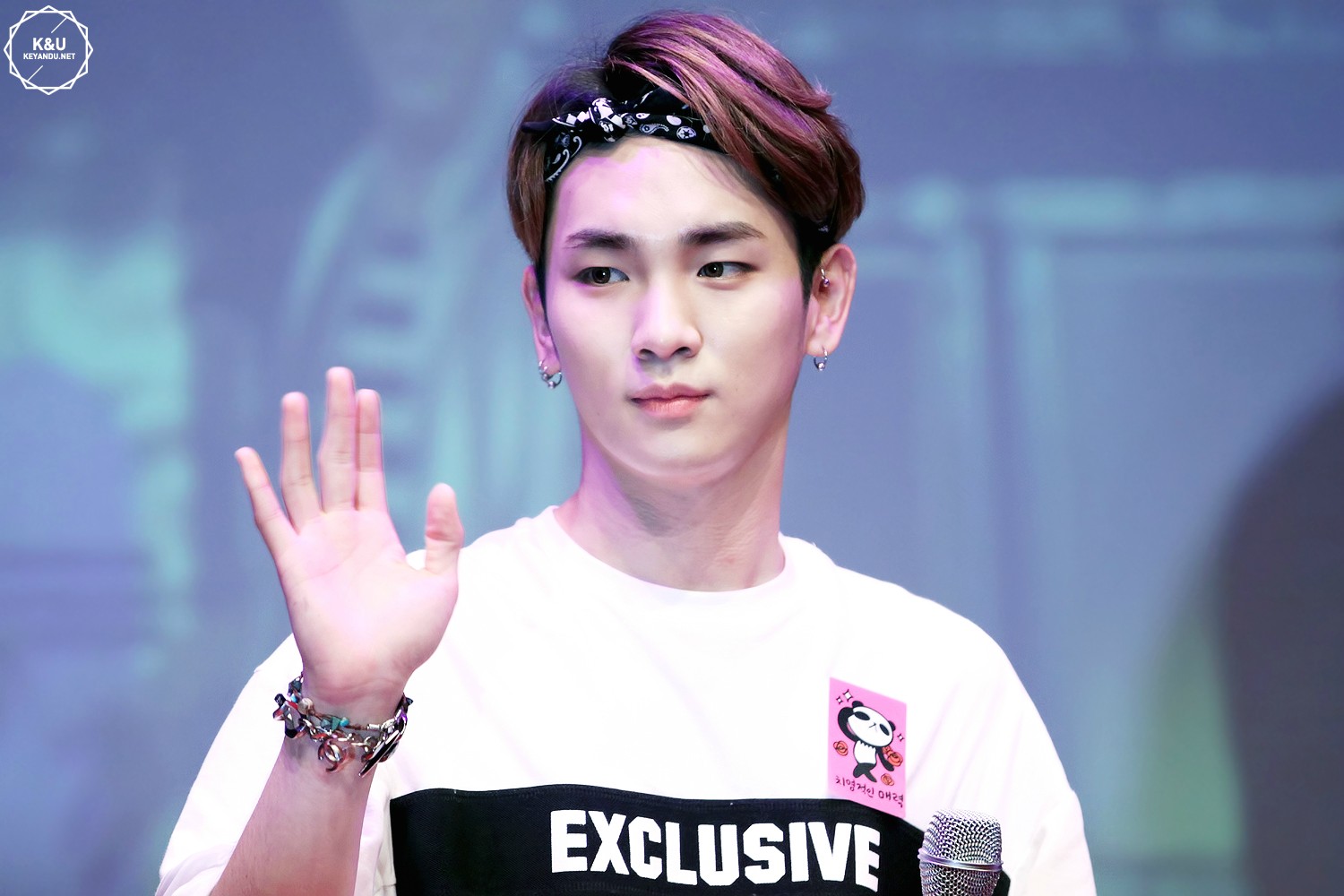 The Lord of Recordings 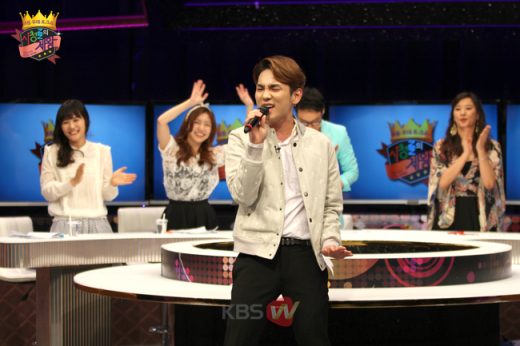 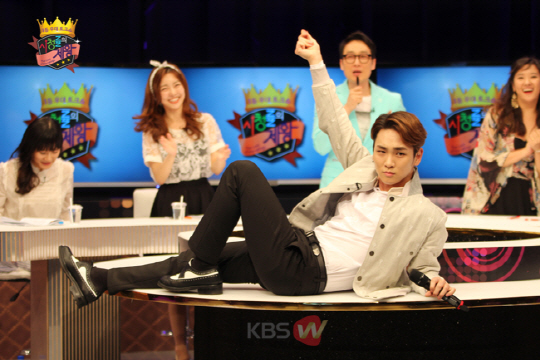 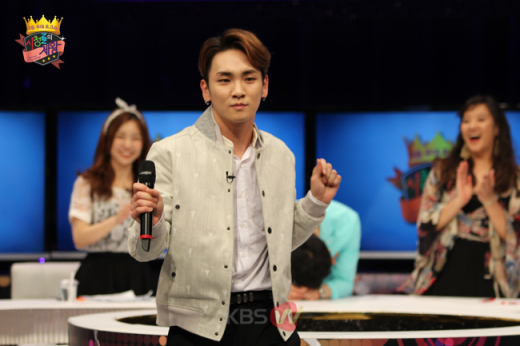 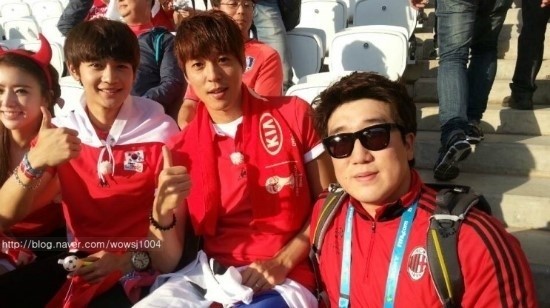 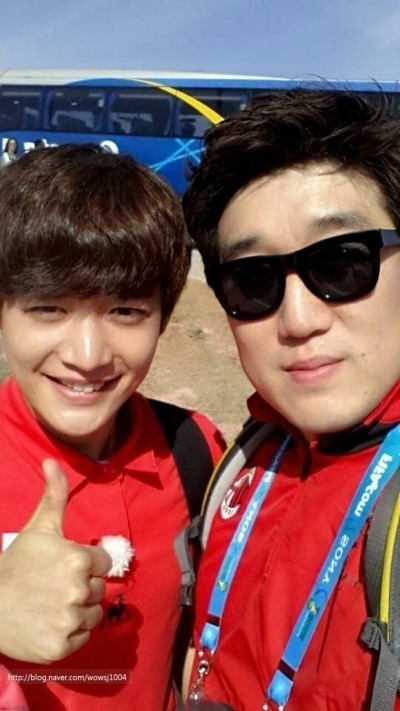 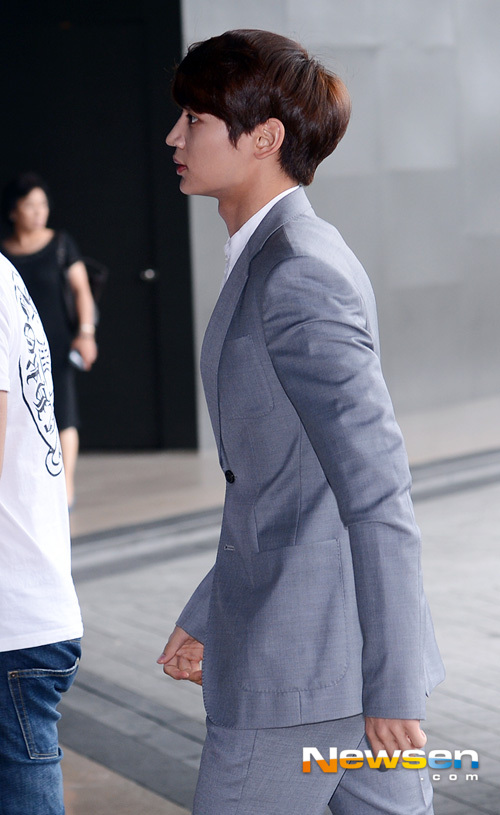 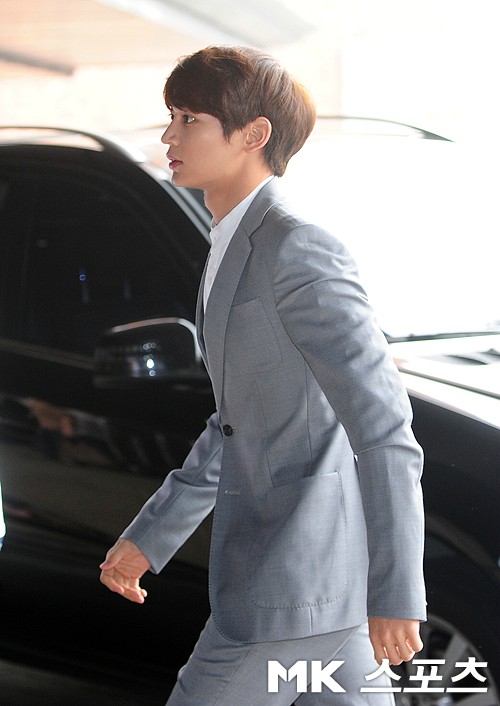 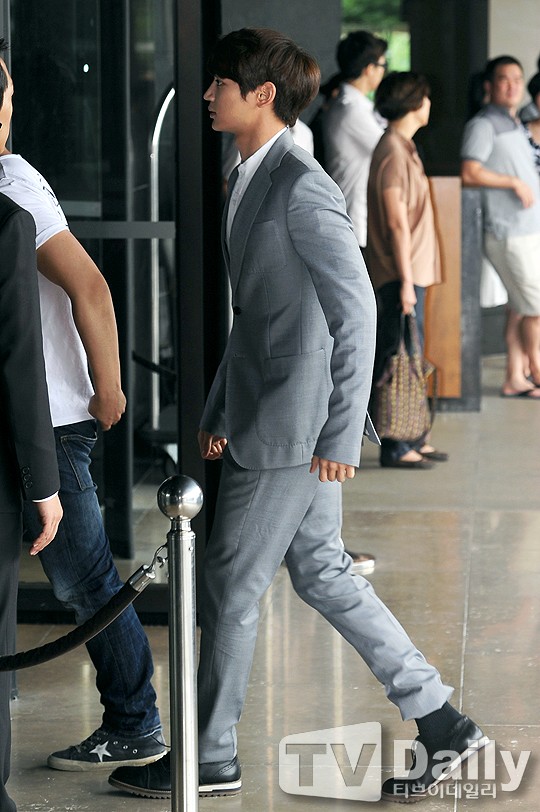 Visiting Singin' in the Rain 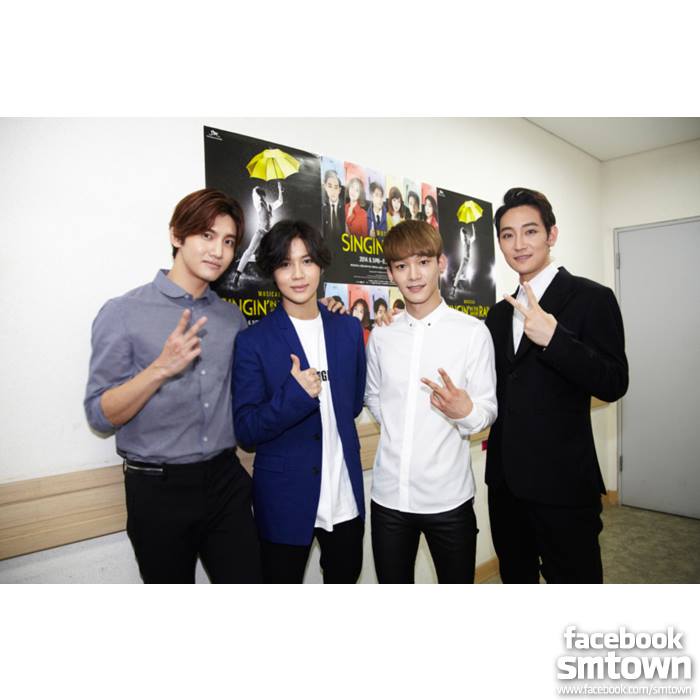 Because I miss SHINee...
I purposely left some things out because they have already been posted.

Ryo, the vocalist for the Japanese rock band, Girugamesh, uploaded a youtube video of himself doing a rock cover of Fantastic Baby. I thought it was a pretty awesome cover, and I love seeing Kpop and Jrock fandoms intertwine. :3 Anyone else have amazing J-rock/Kpop cross-overs?

*NOTE: Elle Korea is featuring a coverage of her visit, they are also letting her write a day to day diary in the magazine but i'll save that for another post :) Favorite outfit?

FNC Entertainment has reached out to the police about the usage of AOA member Mina‘s photo on a pornographic site.

On July 12, FNC Entertainment announced that they have filed a report and requested an investigation by the Cyber Police on a foreign adult website. The website used a photo of Mina with the title “Like Chinese Women?” as an advertisement for their site. The photo is from a video for a “Love Letter Event” for AOA.

FNC Entertainment told the press, “We determined it would be more effective to file a police report than directly contact the foreign site. We have requested the cyber investigation team for this case and after the weekend our lawyers will meet with the local police for a formal investigation.

[netizen comments]Article: AOA Mina, illegal use of her picture on adult website, "Request for investigation submitted"

6. Sue them, Mina didn't use her hands like that for that reason

7. That famous picture... was a Korean idol? I always thought it was a Japanese idol

8. I bet the journalist was enjoying himself on that site until he realized 'wait, who's that' and wrote this article ㅋㅋㅋㅋ