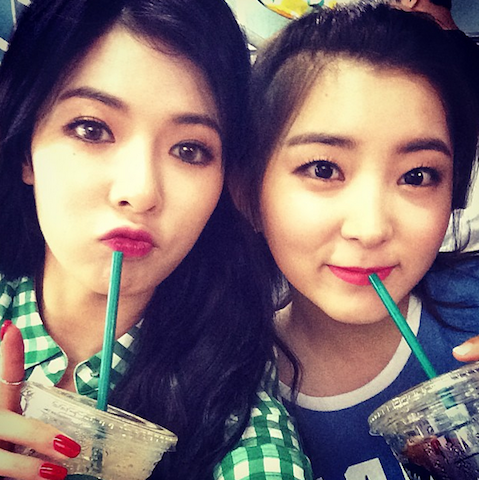 I don't think any group loves each other more than 4minute love each other ;__; 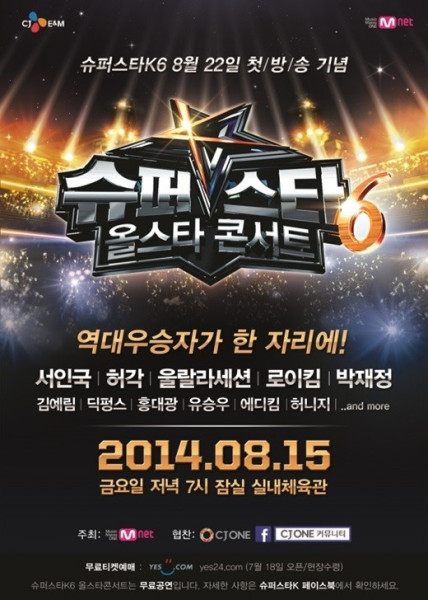 Literally 3 days before I get to Korea, between this and Eddy's solo concert you all might as well kill me now I could've seen so many of my faves ㅠ.ㅠ

it seems like both girl's can speak english pretty well! (and this is my first "big" post so I'm sorry if it's done wrong or not that organized! )

source: pledisnuest
late and i kept zoning in and out of this. minhyun is tall?

I've linked to the previous teaser posts but I've also added those photos to this post as well just because there are now HQ versions of the first round available (click the pictures for bigger versions). If you click through to Bora and Hyolyn's teaser post, you can also find Sistar's "Touch&Move" tracklisting and pre-order info!

Hyuna’s new title track for her EP “A Talk” will be “RED”. Cube Entertainment announced this on July 17 on Facebook, along with the release of some hot teaser images. Four images were released in total, Hyuna striking various poses in a red dress and jet black curls in front of a mirror.

I'm 99% sure its A Pink and if it is, I'm excited! Say what you want about their concepts but they are sooo  funny in reality shows. I miss A Pink news so I hope they are just as dumb and embarrassing for Showtime. It is a scripted show though, which they have never really done so...we'll see. 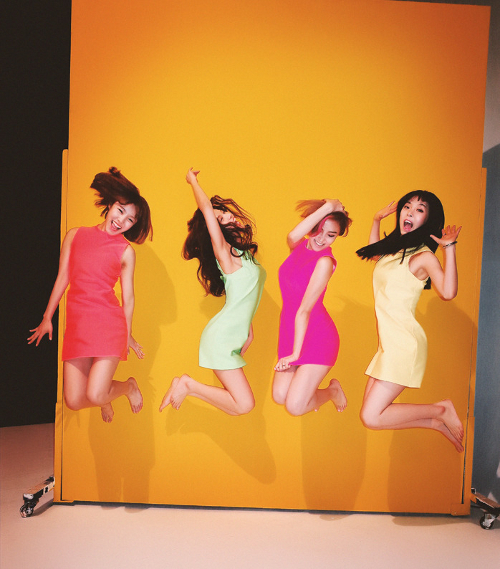 I love it, already fangirling over Jessi

the ones rapping in here are Wonwoo, Jihoon, Hansol, and Seungcheol

Wonwoo's so stupid kill me

There's also a making-of video for this and the debut trailer, but it isn't subbed. 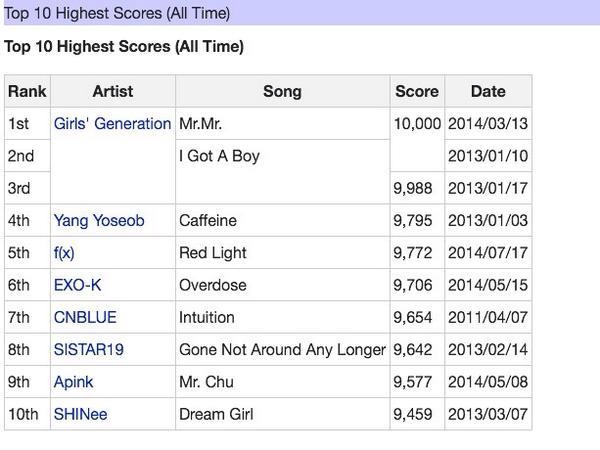 Apparently she wasn't there because she was sick? :( I'm surprised they didn't make her perform with the cold tbh I'm glad that she is resting up :)
Get better bb girl! <3 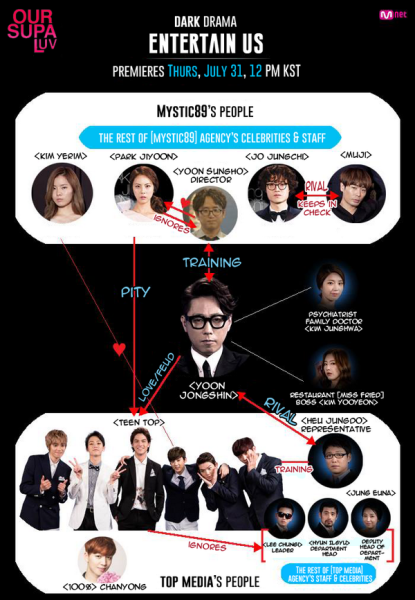 Ugh I can't stand scripted love lines, and I find semi-reality shows weird, but I'll probably watch anyway because of my Team89 loves, and any exposure for Jo Jung Chi is amazing! He's so cute!! 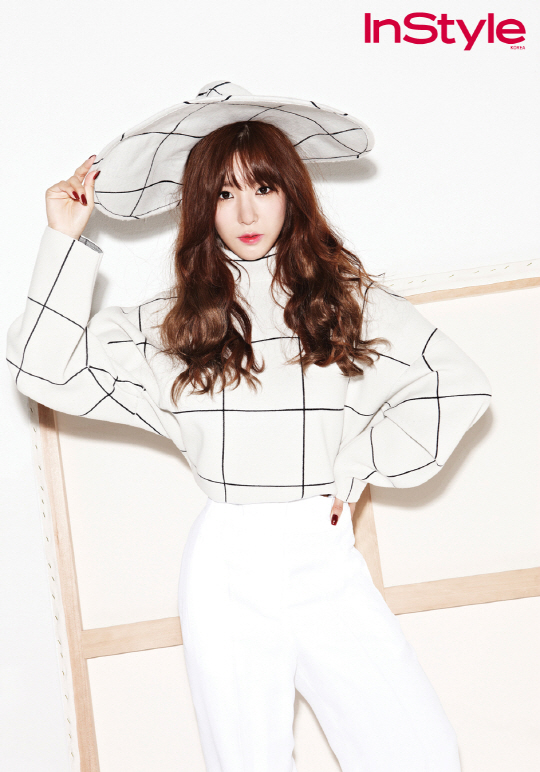 I love this hair color on her. 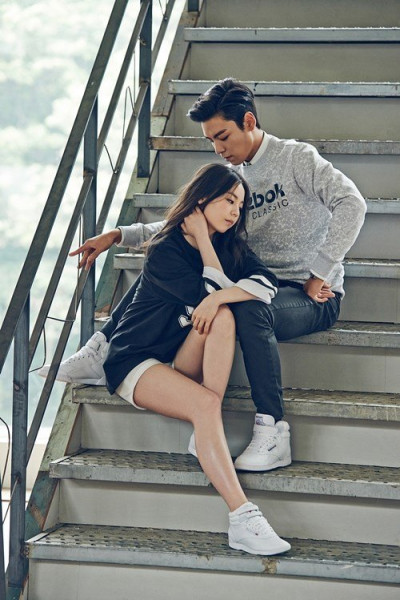 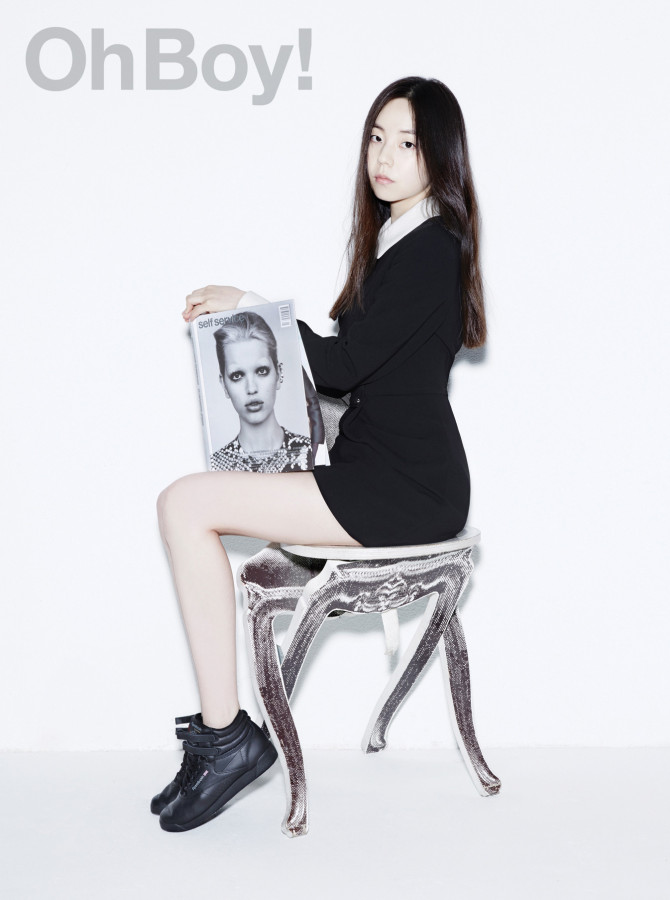 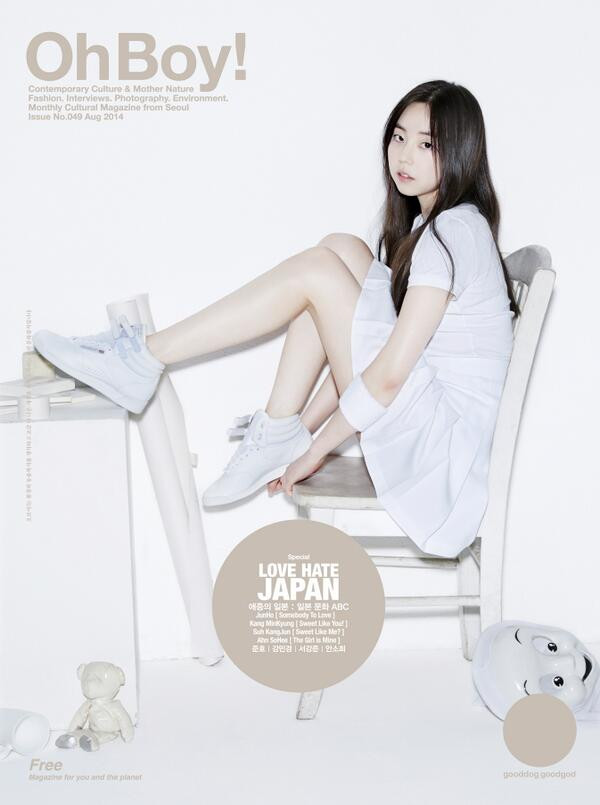 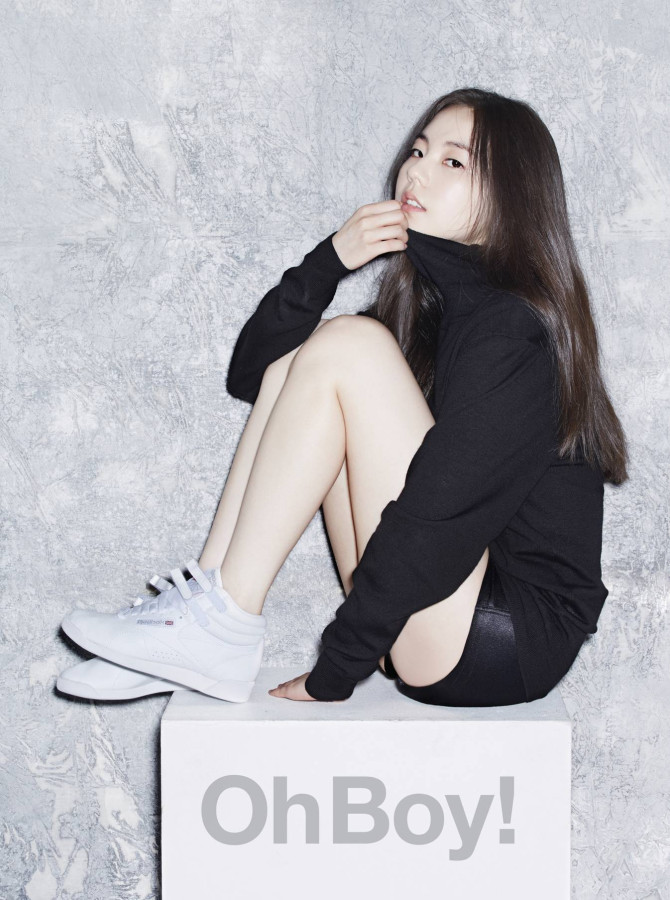 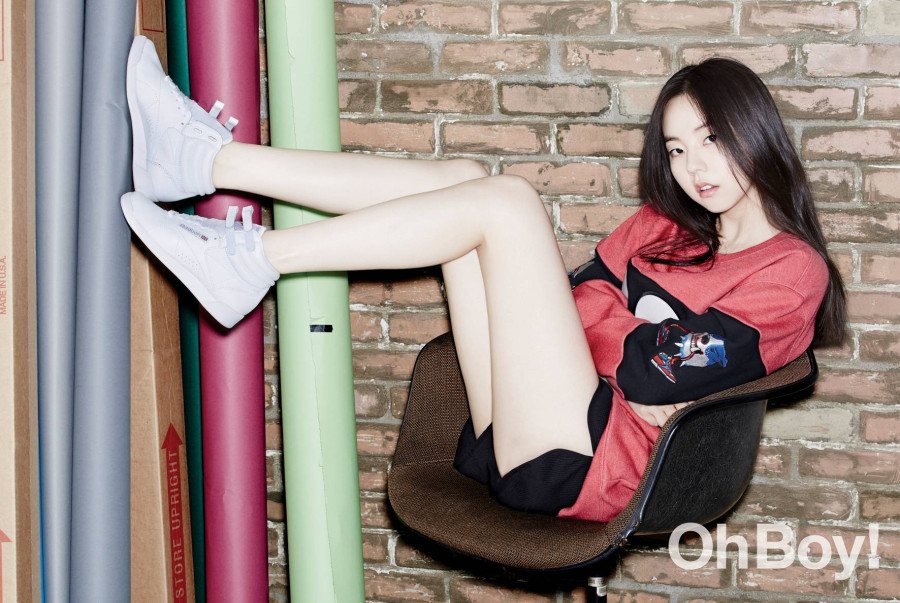 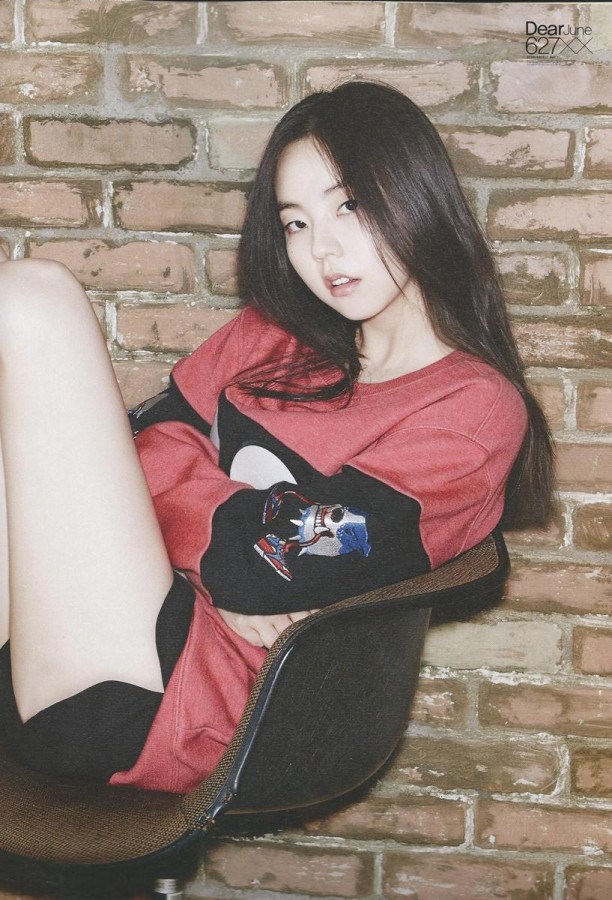 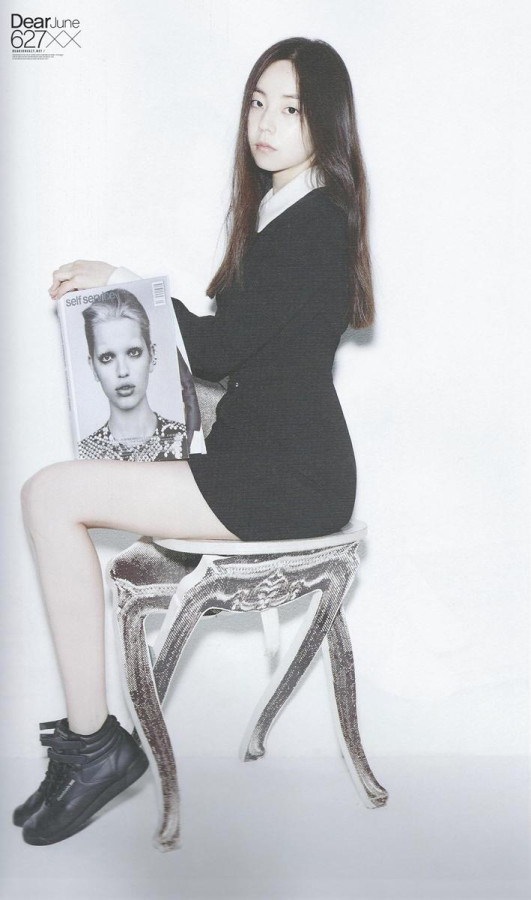 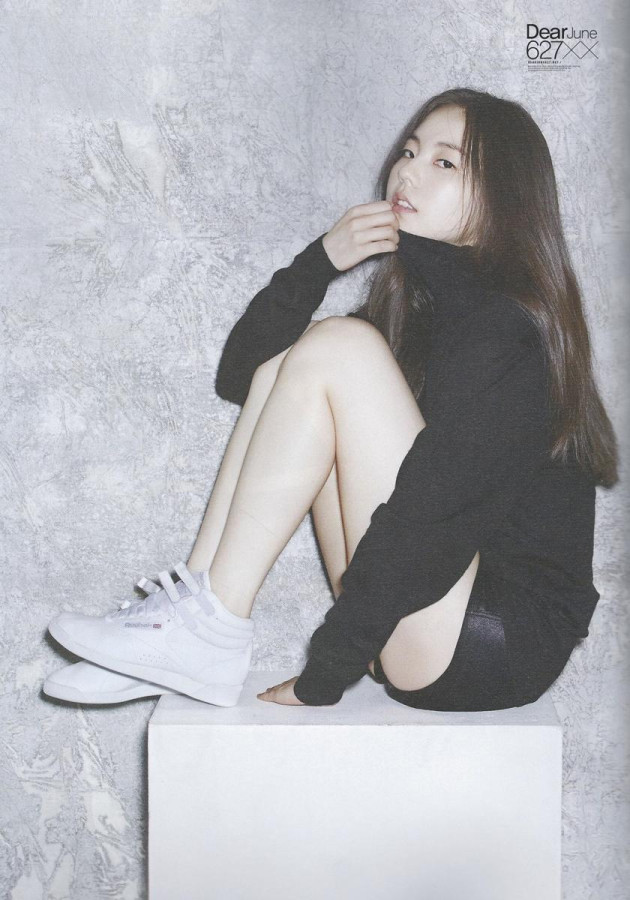 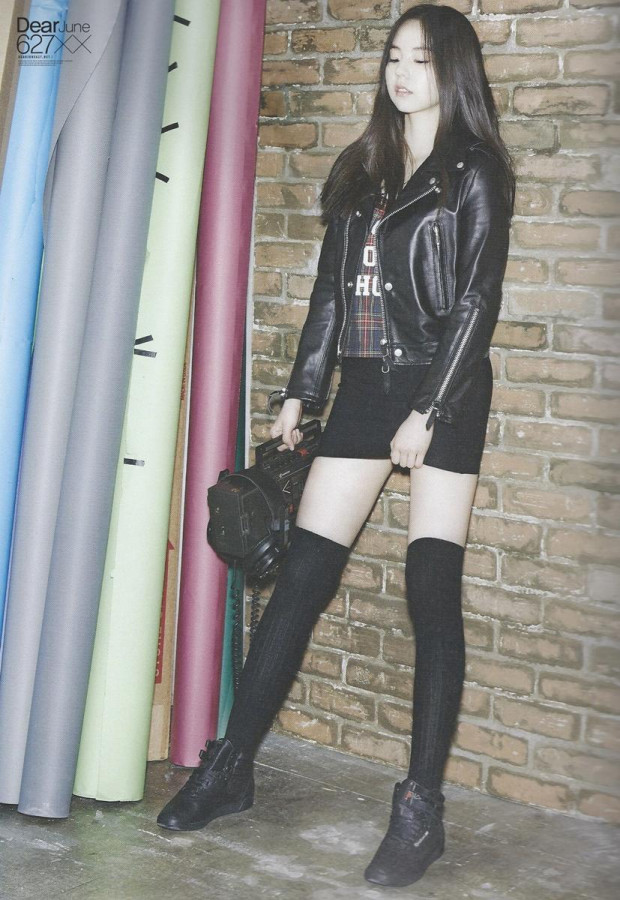 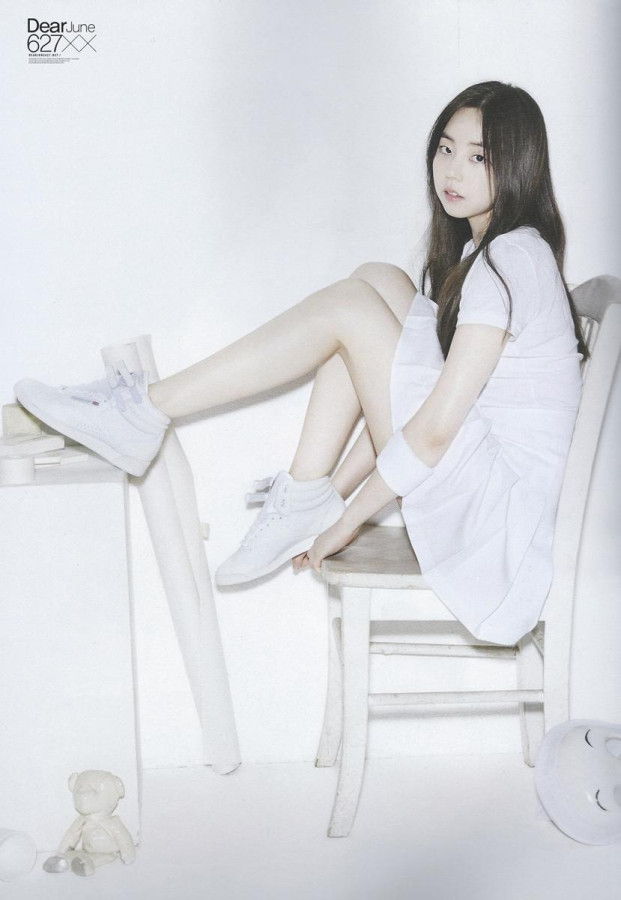 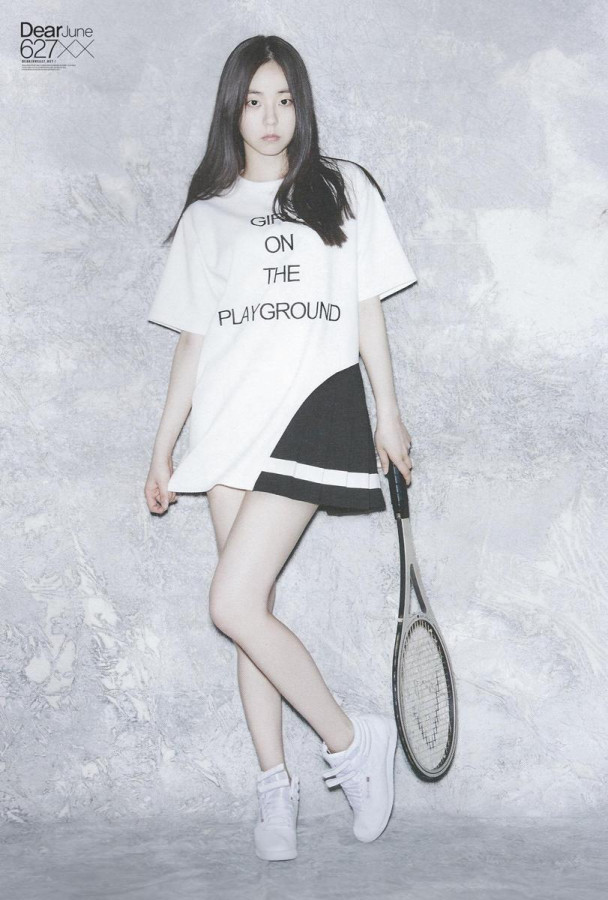 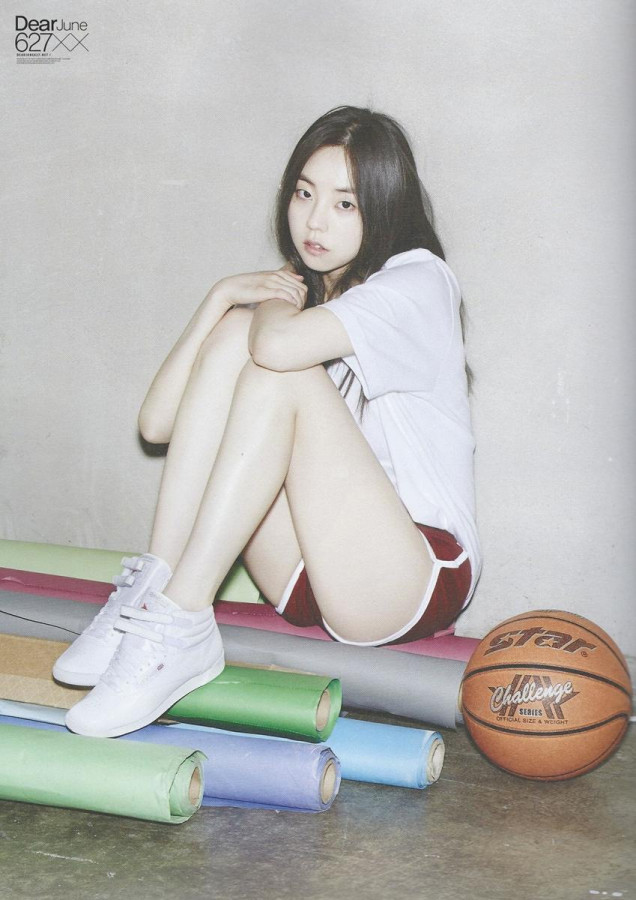 YIKES
the actual songs aren't bad, but these videos.... skull why

Office worker CNU is something I never knew I needed

When Super Junior member Ryeowook joined the cast of the musical "The Goddess Is Watching" in March, some were skeptical of his acting skills.

The lead singer of the renowned K-pop boy band has dispelled such concerns with his performances in the popular Korean War (1950-1953) musical. His sensitive portrayal of a teenage boy scarred by wartime family tragedy was so convincing, he has been asked to join the production's Japan tour in September.

„some were skeptical of his acting skills (...)” - srsly, people need to watch Attack on the pin-up boys 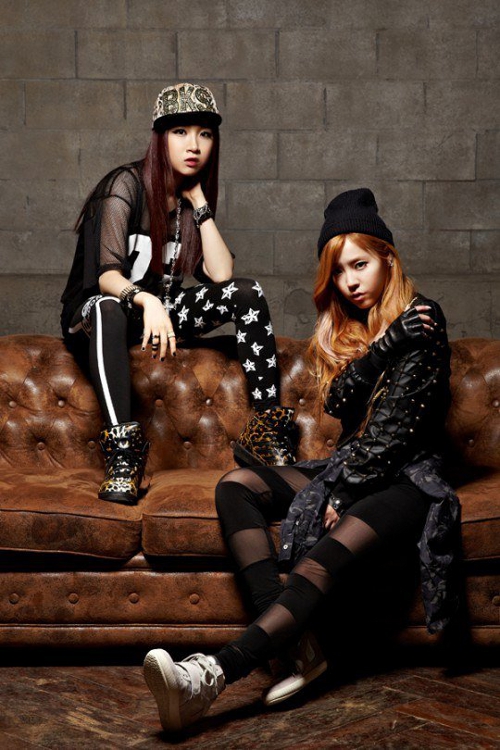 The Ark will be a five member girl group and the name is based off of the historical Joan of Arc. Inspire by the famous heroine, The Ark aspires to be a strong yet delicate girl group that will be a leader among the other girl groups.

( Collapse )
One better be name Jaha and be the Leader


( Collapse )
If you think this is bad, you should see me watching a Eito concert... I'm far worst

I missed her covers so much ;_; And in some exciting news, Sohee actually helped out in the production/songwriting for Henry's latest mini album. Make that $$$$$!!! 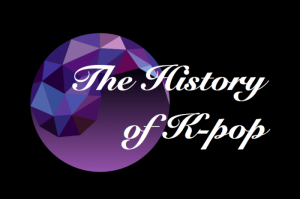 With most genres, it is hard to tack down an exact date, time, or place where the music originated. The music genres that we listen to today have intricate and complex roots, geographically diverse points of origin, and developed over a history of decades, if not centuries. K-pop is unique in this manner, because we know exactly where, when, why, and how K-pop began: it was on April 11th, 1992 at the Munhwa Broadcasting Corporation weekend music show, when Seo Taiji and the Boys performed live on national television for the very first time. Before we get to that beginning point though, it is important to consider the historical conditions that led up to it in order to truly understand how and why K-pop became K-pop.

[Read More...]When Seo Taiji and the Boys burst onto every television screen in Korea, there wasn’t such a thing as “K-pop.” Before they came around, Korean popular music mainly consisted of highly censored, inoffensive ballads and trot music. This was because until the late ‘80s, Korea was ruled by a strict, authoritarian government that censored or banned anything that was considered to be too immoral or provocative, followed too closely with foreign trends, or was thought to be a national security threat – so pretty much everything that most pop stars like to sing about. These sorts of censorships are still evident in Korean entertainment today, which is why you will often see articles reporting that a K-pop group’s choreography or lyrics have been deemed “unfit for broadcast” by certain TV stations.

After a period of political instability following the Korean War, a general named Park Chung Hee took control over South Korea, becoming the nation’s first post-war leader and holding his position as dictator from 1961-1979 (fun fact: his daughter, Park Geun Hye, currently serves as South Korea’s 11th president and first ever female president). Park was adamant about enforcing cultural conservatism – so adamant, in fact, that he had police patrol the streets with rulers, performing snap inspections on Korean citizens to ensure that men’s hair wasn’t too long and that women’s skirts weren’t too short, as seen below. 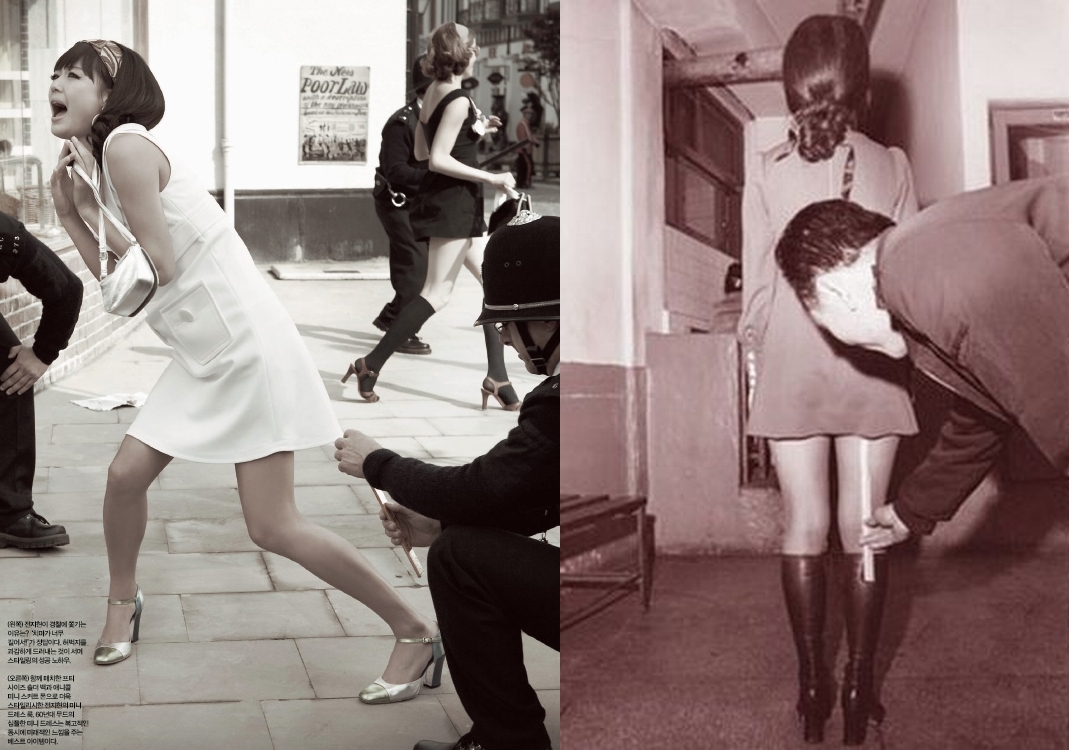 Image courtesy of The Grand Narrative

In 1975, Park established the Korean Arts and Culture Ethics Council in order to give the government the power to oversee the censorship of all broadcasts, performances, and film and audio recordings. Today, it is that same organization that requires idols to cover their tattoos on broadcasts and determines whether or not lyrics or choreography is appropriate for weekend music shows.


In this live performance of miss A’s “Hush” by SISTAR, you can see that Hyorin was required to cover the tattoo on her stomach with a bandage
(visual and audio media courtesy of MBC)

After Park’s dictatorship ended with his assassination in 1979, Korea came under the rule of a new dictator, Chun Doo Hwan. Chun went a step further than Park and brought the Korean media under complete government control. He closed all of the commercial television stations and licensed only two state channels: the Korean Broadcasting System (KBS) and Munhwa Broadcasting Corporation (MBC). The new purpose of these stations was not to entertain the people, but to inform them, and to do so as the government demanded.

When South Korea was finally democratized in 1987, Korean popular music remained rigidly conservative. The music industry, although no longer controlled by the government via broadcast control, continued to produce content that encouraged morality and innocence rather than licentiousness and rebellion in order to maintain good relationships with the media, who after years of complying to government-required censorship, were too scared to air anything controversial. Broadcast companies continued to tread lightly throughout the late ‘80s and early ‘90s, fearful that they might anger the still-traditional government or offend the conservative Korean people by airing something unwholesome.

It is through this brief historical summary of modern Korean entertainment that we can really see just how deeply censorship and conservatism are entrenched in the Korean music industry. The fact that producers and musicians continued to create suppressed, conservative content even after Korea was democratized is a testament to just how deep the cuts go. Even today, idols are singing about their first love, shy glances, hugs, and being nervous around members of the opposite sex. It is incredibly rare to find a mainstream K-pop song that explicitly mentions sex, drinking, partying, drugs, or violence. Meanwhile, in the United States, it is rare to find a song that doesn’t include at least three of these subjects in the chorus alone.

I know that we all hated history class in high school, but it is important to realize that a foundational standard of wholesome, censored content was established by a combination of a highly oppressive Korean government and the already conservative values of Korean society. Korea’s political history is a huge reason why K-pop is the way that it is today, and we here at moonROK are glad that you took the time to read this in order to truly understand and appreciate the roots of this genre that we all love today.

That’s it for today’s history lesson! Come back next week to read about weekend music shows, how they came to be, and why they are so important.

The kpop news site moonROK has a series of articles going that I just found yesterday called "The History of K-pop", and I thought it was really interesting! Reading the cultural/political context in which k-pop started gave a lot of understanding to some of the censorship, music shows, and other unique aspects of k-pop. They're all so cute

A little old, but unposted.