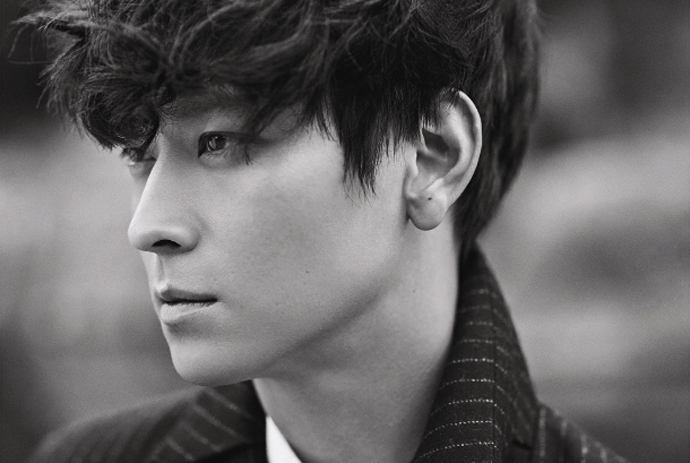 recently i read some comments about him not ageing well, i call it bs he's maybe losing his boyish (or whatever) charm but he's still handsome and not on kimutaku level of fugly after getting old 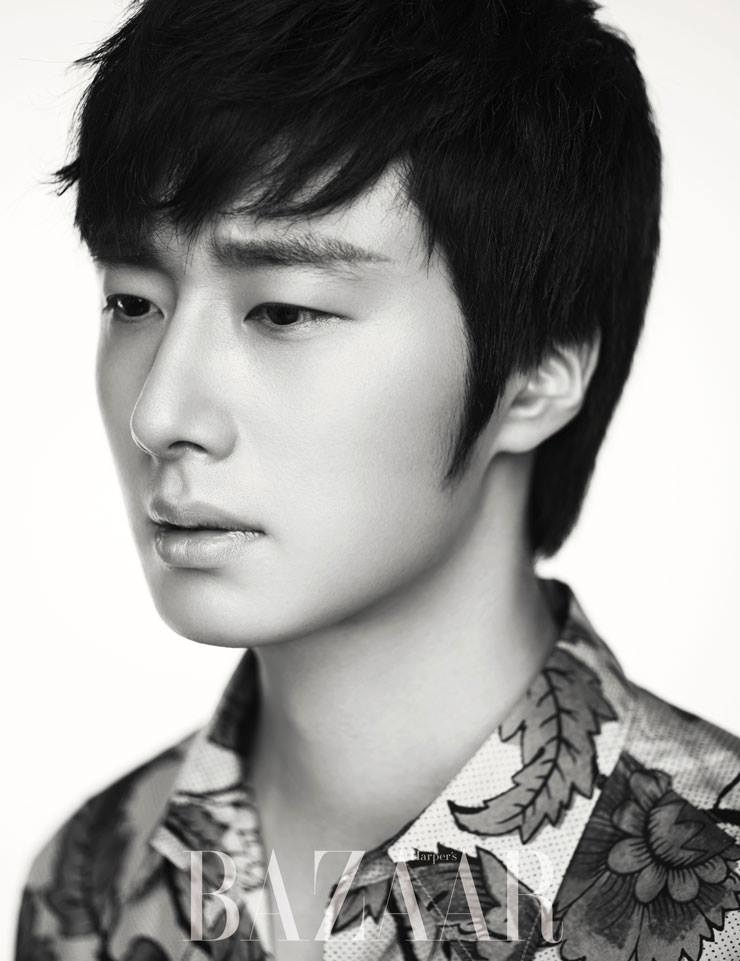 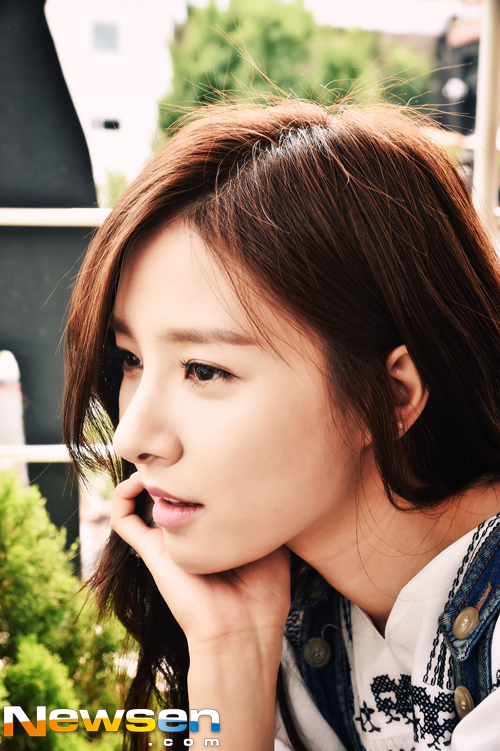 Entering her mid-20’s, Kim So Eun confessed that she wants a boyfriend.

In an interview with Newsen before the release of her movie The Girl’s Grave, Kim So Eun revealed her easygoing personality that contrasted with her elegant, lady-like image.

After debuting in middle school, Kim So Eun acted out mainly cute or student roles, but the actress said, “Of course I want to show a smart or sexy side of me as an actress. I try to show different concepts when I do photoshoots. But if I changed my image in a project all of a sudden, people might not take it so well. It is my priority to do acting that I can do well and suits me for now.” 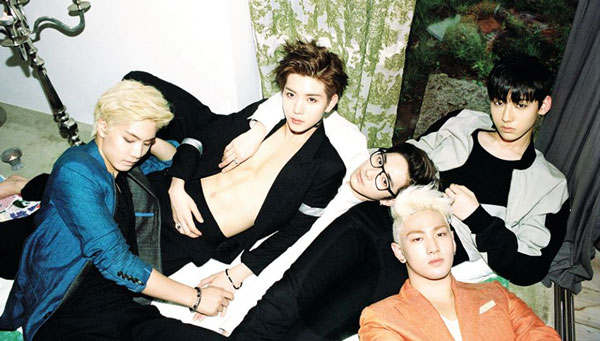 After 10 months away from the spotlight, long gone are NU’EST’s boyish days – a point that has become a running theme for the idol group’s comeback, from the album title, Re:BIRTH, to lead single Good Bye Bye.

NU’EST’s first studio album is not only a statement about the members’ transition from boys to men, but the shedding of the old for a new-and-improved NU’EST, and the most visible manifestation of the change is seen in the members’ appearance.

SM’s talented R&B singer, Zhang Liyin will be coming back with her third single, ‘Agape’. She will be releasing her music video at noon on the Chinese portal site, Baidu where fans who have been waiting will see it.

The title song, ‘Agape’ will have a beautiful piano melody and Liyin’s sorrowful vocals blend well with the ballad and the lyrics are self-composed for her hometown, Sichuan, in honor of the 2008 earthquake.

Still bitter as fuck that it's only going to be a digital single after waiting for 5 years, but she looks so gorgeous in that photo!! Another source says Liyin helped write the lyrics, which makes the HAPPIEST because it's so rare to see SM artists write the lyrics to their own title songs!

Nine muses youngest Minha used to ask me to sing this song few times before. This song itself has so many meanings to me. Hope you enjoy it

i know this was posted on the 25th but i didn't see it posted and i was out of town/on crappy hotel wifi.
her mention of minha made me feel a lil fuzzy inside

I really like Iron, I hope he makes it far!
Nahae Kim 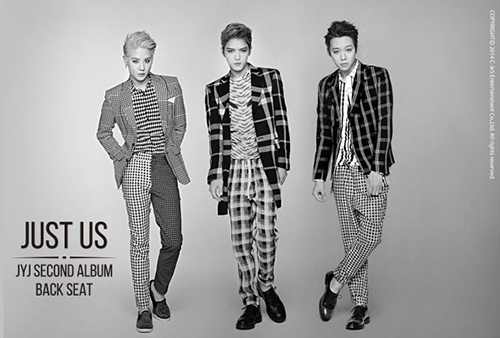 C-JeS Entertainment, the agency that represents JYJ, has released individual teaser photos mere hours ahead of the group’s long-awaited comeback, the album “Just Us,” which drops on July 29.
( Collapse )
Soompi

Miracle: Debikuro-kun no Koi to Maho is a 2014 Japanese movie directed by Isshin Inudo and based on a novel by Kou Nakamura. The story was inspired by the classic Japanese Christmas song “Christmas Eve” by singer-songwriter Tatsuro Yamashita.
Hikaru (Aiba) is a mildly incompetent bookstore employee who’s just a bit too nice for his own good. He’s also an aspiring manga artist, and distributes mysterious “Debikuro Communication” flyers at night.
On Christmas night, a miracle is created by the love Hikaru and three other people in his life – his attentive childhood friend Anna (Eikura), a world-famous lighting designer named So-yeon (Han) whom he meets by coincidence, and a former university classmate named Kitayama (Ikuta) who’s gone on to become a popular manga artist. 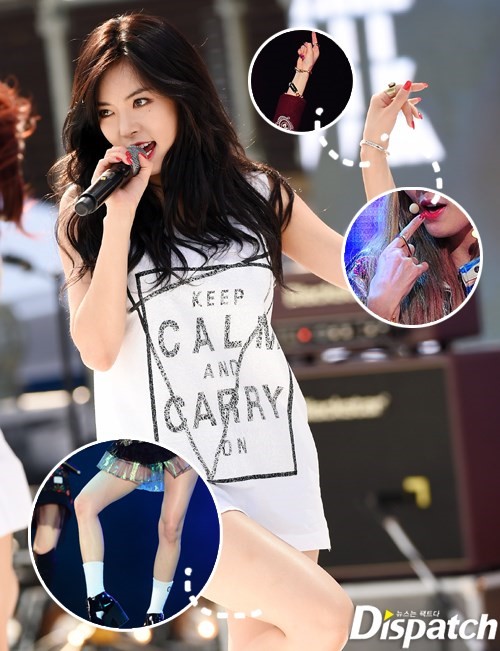 She’s Kim Hyun-a who is an eye-catcher on stage.
She shows off her existence on stage alone. Whenever she appears everybody focuses on her.
How is that possible? Kim Hyun-a has several techniques of dominating the stage. Intense shining eyes, beautiful leg shape, sexy hand gestures, fatal poking, and dizzy missing bottoms are the secrets.
We have closed-up Kim Hyun-a’s eye-catching skills. 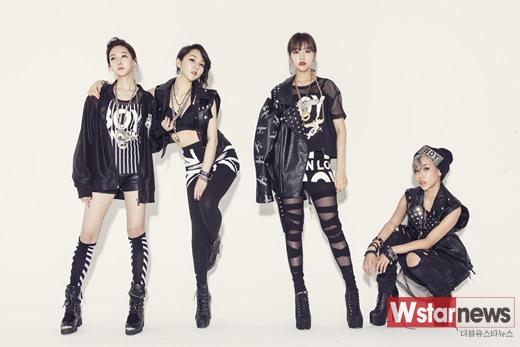 Tomboys must be trans apparently smh

This article does a bit too much putting down of other girl groups imo, but it also is a good reminder that the girls didn't choose this tomboy image themselves (Eunji cried when she was forced to get her hair cut), and that even though their image is different they are in the same boat as other female idols. I think a lot of fans forget this because of their appearance

sources: secret facebook | fuckyeahsecrettime | secrettime fiona | soompi
MASSIVELY UPDATED. I seriously need to pay attention to more than the FB page. the image teasers are such a mess moodwise. like hana and jieun are bright and kinda sassy, sunhwa's sweet and hyosung is moody as fuck? ide. 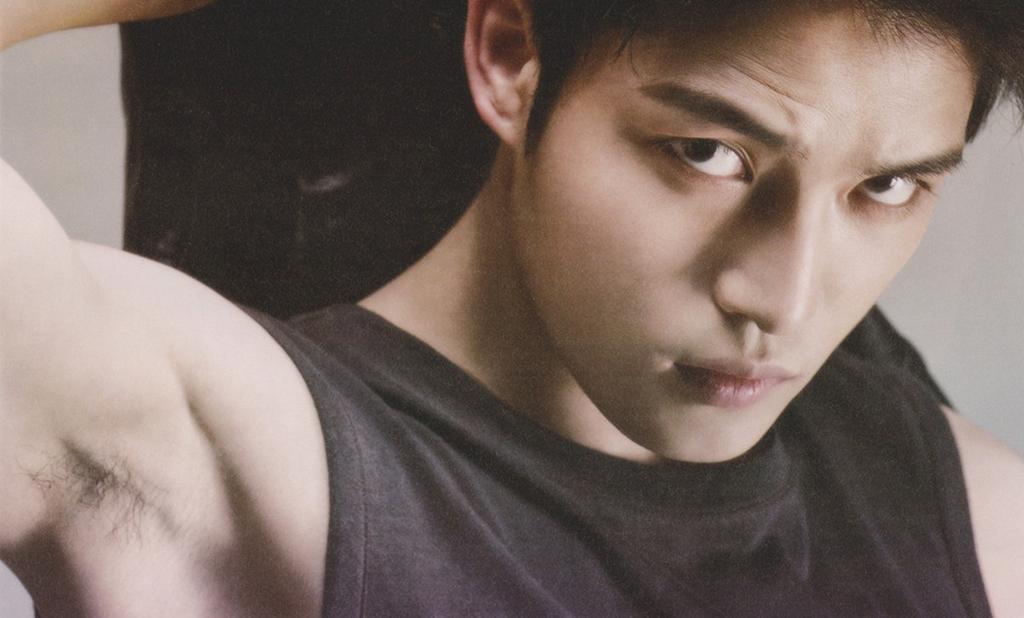 Q. What kind of character is Huh Youngdal in MBC <Triangle>?

Huh Youngdal is the rebel of casino world in Kangwon-do. He’s infamous enough that if someone in town doesn’t know him, that person will be considered as spy. He uses all kinds of tricks to swindle money and there isn’t a day he doesn’t cause trouble. However, though he has to live away from his parents and brothers since his childhood, he still has a positive mind. If I exaggerate a bit, he’s a candy-like character.

Youngdal, who, with the dream of becoming Casino Hold’em champion, causes trouble every night in casino, is somehow adorable. After meeting his brothers, while taking revenge for his father, he starts to nurture ambitions instead of chasing after a pipe dream, in order to protect people around him. 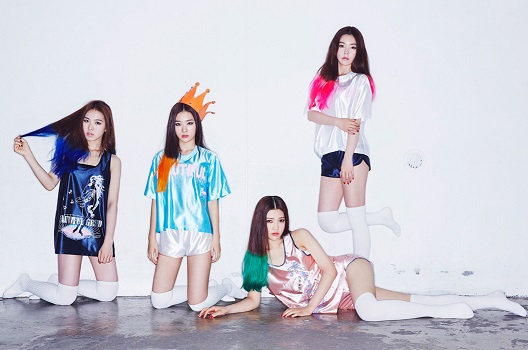 jun and ao have lines it's a miracle

[Company CEO Tries To Boast About Their Popularity.]

A new boy group ZEST’s popularity is extraordinary.
Even though it is very rare for a new idol group to get many requests for interviews from a various broadcasting and internet media, ZEST already have done a several interviews. At the same time, Chinese and Japanese reporters are highly interested in ZEST.
A representative of Zenith Media Contents (CEO Jun Kang) said “Although Zest have not made debut yet, many fans and reporters already have sent applications for participation on ZEST’s official showcase”.
Meanwhile, on the day of the showcase, a creator of PSY ‘Gangnam Style’ and ZEST’s choreography teacher, Joo Sun Lee will come to cheer ZEST. Also, a several popular celebrity professors have given messages for the celebration of ZEST’s debut showcase.
Last week, all six members were revealed through the official Twitter. They already have a various age groups of fans and expect to lead Korean Wave.
ZEST’s official debut showcase will be hold at Korea International Institute of Arts on 28th.
Sources: Zenith News [x] [x],Zenith Media Contents Facebook, ZEST's Youtube, ktmusic.

Another group to fad into nothing.
That one guy's hair is so bad though. 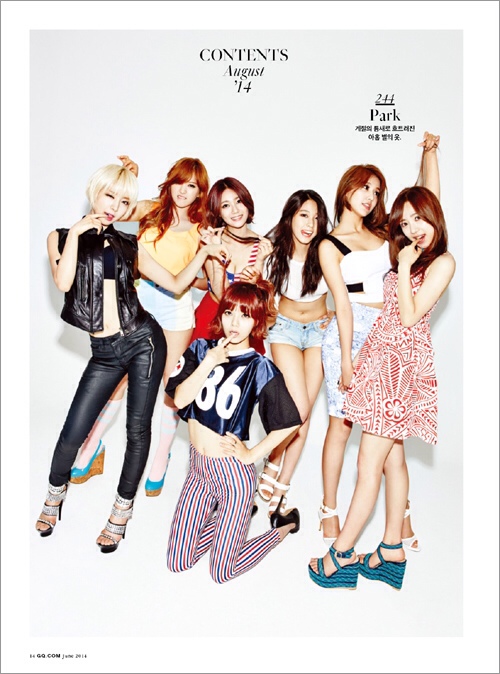 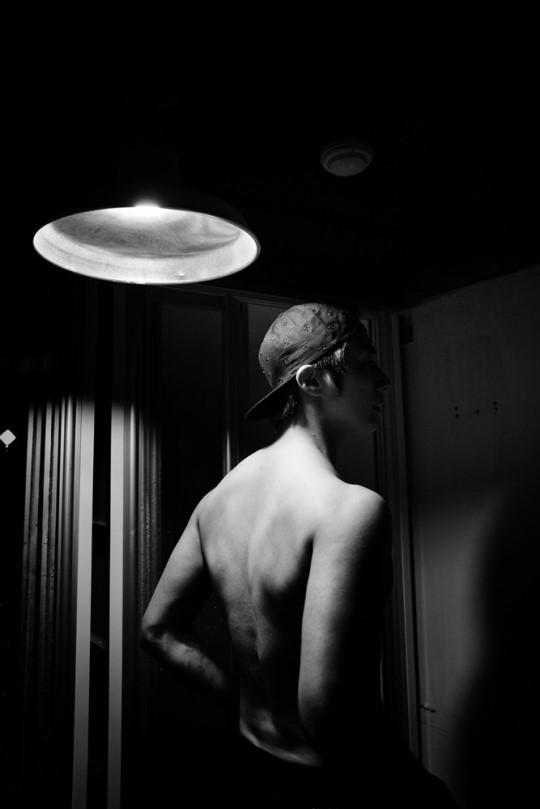 Fashionista Jung il woo becomes the best handsome guy in Joseon?!
Recently, Jung il woo showed off his image of being a fashionista and became ‘the rich of pants’ by showing himself wearing 3 pants in one day through MBC Infinite Challenge. He prepares to attract women with the role of ‘Lee Rin’, who is an exorcist prince that sees ghosts, through ‘The Night Watchman’ which will be first broadcasted on 4th of August.

Hello, I’m Jung il woo.
Jung il woo’s STARCAST has opened!
I will show my whole image through this place. I hope you give much interest to me. Will you be looking forward to this~?
( Collapse )
source: starcast 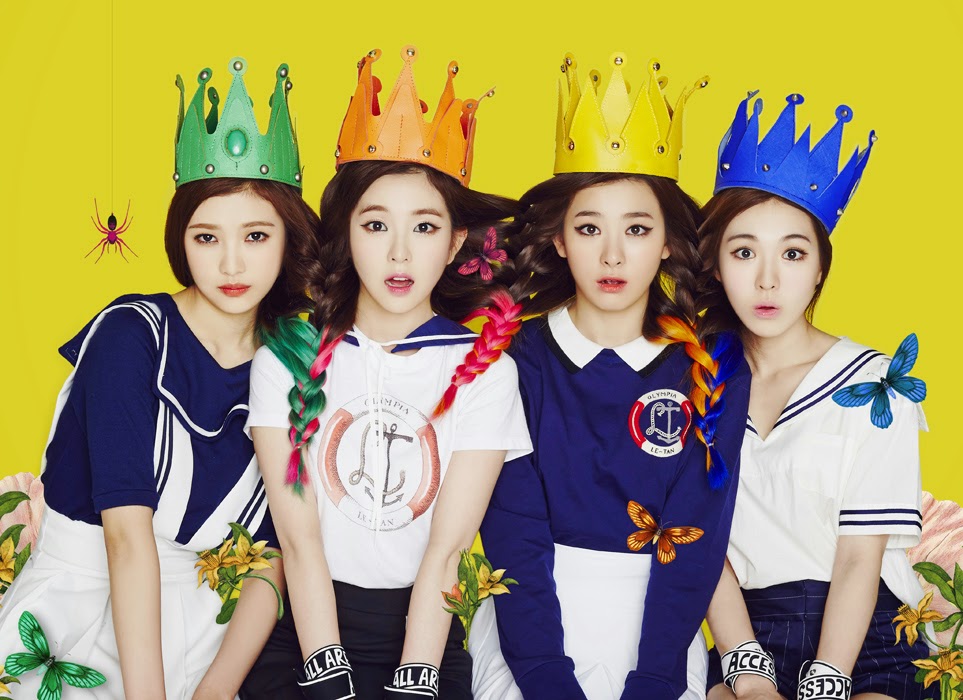