It hadn't been posted yet! the remixes are cool and hold on tight is really nice

Kim Hyun Joong’s agency revealed that he has postponed enlisting in the army.

Keyeast Entertainment, Kim Hyun Joong’s agency, told Newsen on August 28, “It’s true that Kim Hyun Joong has received his draft notice to enlist in the army on October 7 but the enlistment date has been postponed to next year.”

The agency explained that the reason Kim Hyun Joong has postponed enlisting in the army is due to his busy schedules, including the world tour. 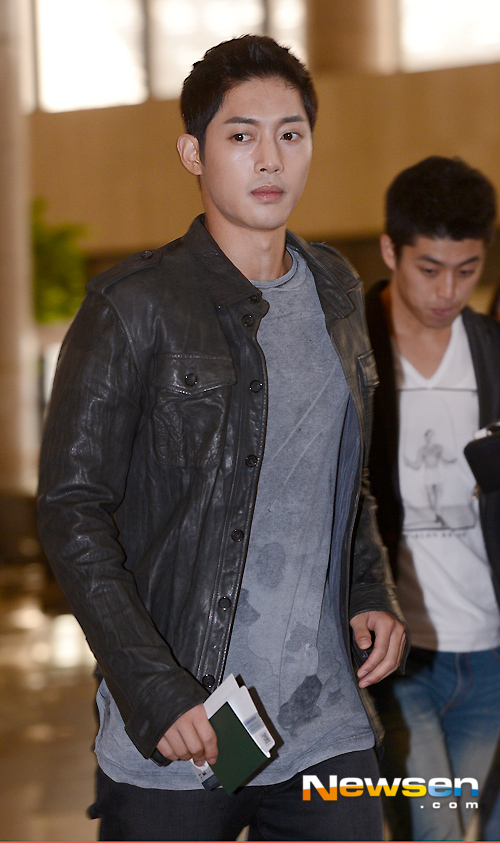 ( Collapse )( Collapse )
mwave netizenbuzz
I hate being right, this is disgusting, he's gonna get away with this

The sophomore feature from Boo Ji-Young is both a compelling ensemble drama and a timely social critique. Cart centres on the employees of a large discount retail store and their collective efforts to combat the company's exploitive practices.

Sun-hee (Yum Jung-ah) is a middle-aged mother of two who works as a cashier alongside Hae-mee (Moon Jeong-hee), a single mother. Both are also friendly with Soon-rae (Kim Young-ae), a female custodian nearing retirement age, and junior manager Dong-jun (Kim Gang-woo), who is the only male representative of the store's labour union. When the store's contract workers are abruptly laid off, the four band together and join their fellow employees in staging a series of increasingly impassioned protests. The typically shy and passive Sun-hee, thrust to the demonstrations' front lines, discovers within herself untapped resources of determination and resilience — which has an unexpected effect on her relationship with her estranged son, Tae-young (played by K-pop idol D.O. in his screen debut). The workers, too, attain a deeper understanding of their situation, coming to realize not just their precarious position under the rule of their corporate employer but also the power they can wield by taking a mutual stand.

The status of South Korea's millions of temporary workers has been at the forefront of the country's recent political discourse. The problem is also a heavily gendered one, with women far less likely than men to land the increasingly rare full-time roles. Boo weaves these issues into her story in an engaging, accessible way, capturing the galvanizing spirit of female empowerment. In that respect, it resembles 2010 Festival crowd-pleaser Made in Dagenham. Unlike that film, however, Cart is a contemporary tale, fuelled by an urgent sense of ongoing injustice.

Now that Naeun is also in this cf, I think the storyline is that Eunji is the third wheel on this romantic getaway lol

This week's winner is...
[Spoiler (click to open)]WINNER - Empty! During August 27’s broadcast of SBS’s One Night of TV Entertainment, Honey Lee shared her thoughts on acting out a romance with T.O.P in the movie Tazza 2.

Honey Lee said, “It was good. Seung Hyun (T.O.P) remembers me as a high school student. He became sexy as he grew up. Now we face each other as an actor and an actress.”

About their connection, T.O.P shared, “Actually Honey nuna was a trainee at YG. She almost became a member of 2NE1. I wondered why she wanted to do music with the looks she had, but then she became Miss Korea.” 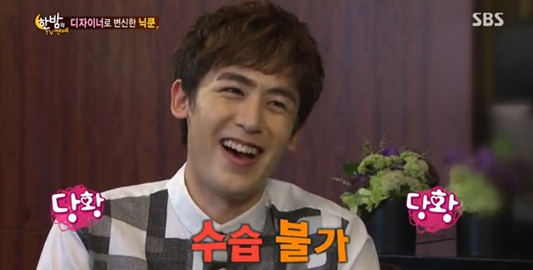 2PM’s Nichkhun showed his embarrassment upon getting questioned about his girlfriend Girls’ Generation (SNSD)’s Tiffany.

August 27’s broadcast of SBS’s One Night of TV Entertainment showed an interview with Nichkhun, who recently transformed into a bag designer. That’s right! We now have two amazing versions of the song!

They held a very successful Chinese debut showcase on August 22nd in Beijing, proving just how popular they already are. The MVs feature all the slick, smooth moves, fun, and the songs have that addictive beat that was in their Korean versions.

iTunes for these Chinese versions please. They sound a lot better in Chinese!

Singer Jung Dong Ha, most well-known as the vocalist of the long-standing rock band Boohwal, will finally be releasing his very first solo album in October, nine years after his debut.

Various famous musicians have recorded at these studios, including Frank Sinatra, Madonna, Eric Clapton, Michael Jackson, and The Rolling Stones.

Bassist Alex Al, who has recorded for Lionel Ritchie, Christina Aguilera, and Stevie Wonder, collaborated on Jung Dong Ha’s upcoming album, while Brent Paschke, who is the current guitarist for Pharrell Williams, also participated on the album.

source: bestiny
the single for the repackage..... tbqhwy they are better than wearing school uniforms.... that is so gauche and like tacky even when girls i like (every girl) do it

These girls are promising and sound great live. I like track 3.
For those new to them, they are from Nega Network (Brown Eyed Girls) and NH Media (U-Kiss).