The actual song starts at around 1:50. Korean rock/alternative post? We need more of those around here

I always feel sorry and am thankful to my members. Because they lead such a level-headed and calculating person like me to a warmer direction.

One of those rare times where Taec has a "moment" 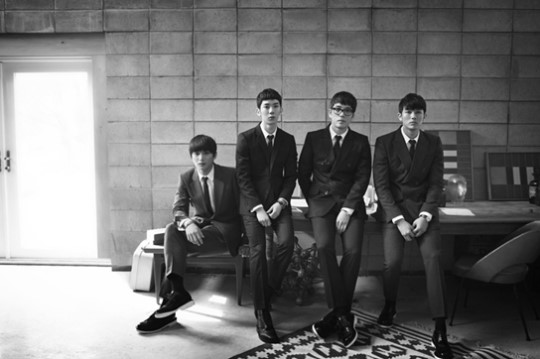 JYP is on the roll this year
soompi 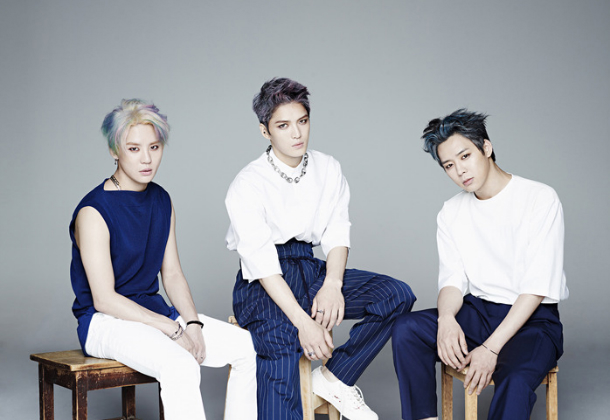 It has been announced that JYJ is currently making preparations to kick off their comeback in Japan with a brand new concert tour.

On October 17, C-JeS Entertainment shared, “This coming November and December, JYJ will be greeting their fans in Japan with the 2014 ‘JYJ Japan Dome Tour – Ichigo Ichie,’ which will open in Tokyo, Osaka, and other major cities. They are also preparing the release of a new Japanese single album.”

Through this ‘Ichigo Ichie’—or “once-in-a-lifetime meeting”—tour, the members are planning to carry out live stages with impressive performances, as well as show off their more mature and improved abilities and individual charms as artists. 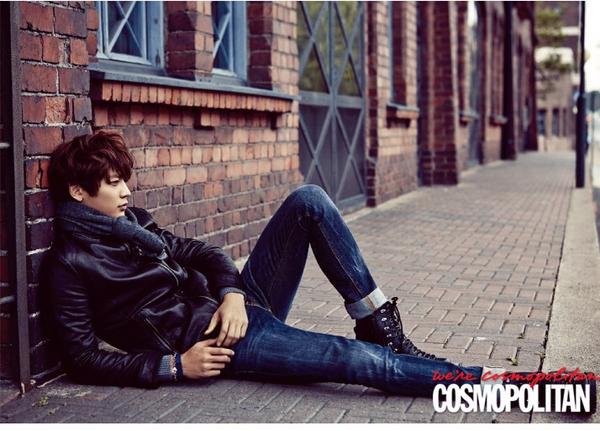 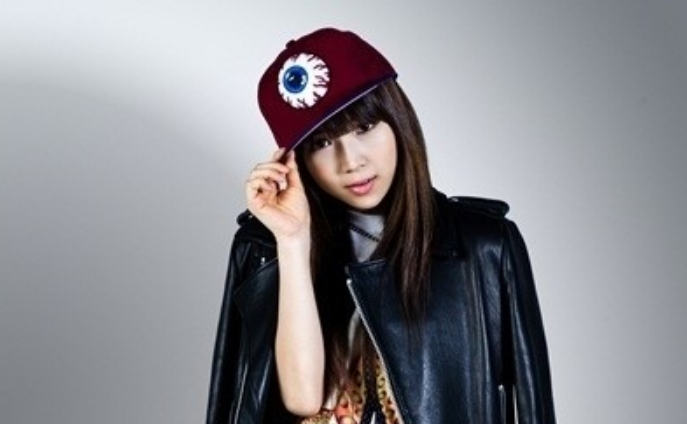 Reports are stating that member Kim Eun Bi of YG Entertainment’s upcoming new girl group has withdrawn from the group.

According to an industry insider, the former “Superstar K2” contestant already left YG Entertainment six months ago due to health reasons. Daily Sports quoted a statement from a YG representative: “It is true. It’s regrettable that someone who has trained with us for so long ended up leaving without fulfilling her dreams. We think she decided that her health wouldn’t be able to withstand the group activities.”

Meanwhile, previous reports have stated that YG’s new girl group is slated for debut in November. 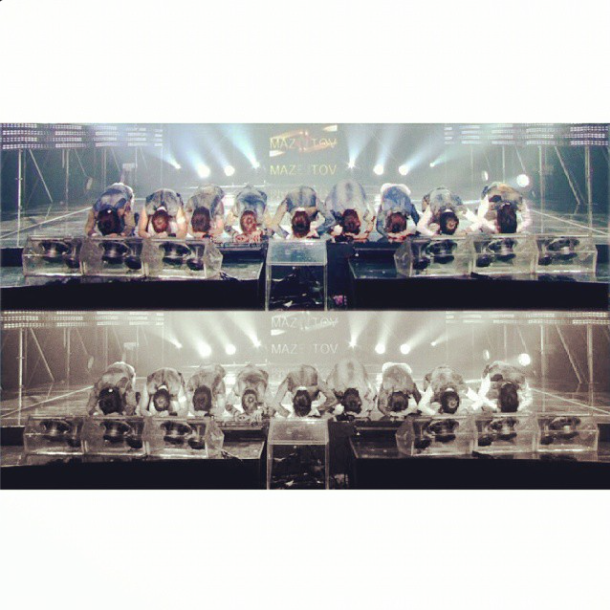 There won't be something that would worry (you guys). There would be good things and good news(.) Please believe (me) like how you guys believe in us. I wanted to show that I am living well. I am (currently) living well with my family... With all the wrongdoings/mistakes I've done all this time... (I think that) this would be the most important moment. (I'm/We're) currently doing various preparations~ ^^ Please (continue to) believe and wait for me/us like how you guys did up till now(.)

1. STAY COOL
2. NO FIGHTING
3. Email omonamods@gmail.com for inquiries, advertisements, sponsorship etc, like us on Facebook, follow us on Twitter for updates!
4. YOU CAN SPAM BUT SPACE IT OUT, BE SMART ABOUT IT. Put all your goodies (multiple gifs, multiple images, multiple videos) under a cut or spoiler

Here's something you could do. We got an email from one of our members asking for help:

My name is Des, and I'm writing an ethnography (study of a subculture) essay for my College Composition class with the subject being KPop. Fandomhood is something that's always been very complex and interesting to me, and since KPop has been in my life for about 6 years, I couldn't think of a better topic for this paper! Omona is easily one of my favorite KPop communities full of very intelligent, capable minds and I would love to include your thoughts in my paper!
Feel free to only answer the questions you find interesting; anything helps!

Help a member out!

[EPIK HIGH - 'BORN HATER' M/V 공개 연기에 관하여]
In light of the recent incident at the Techno Valley concert venue in Pangyo on 10/17, YG ENTERTAINMENT will be postponing the release of Epik High' music video for "BORN HATER" originally scheduled for 10/18 at midnight, to show its sincerest condolences to all those effected.
We will be announcing the release of the video as it becomes determined.

RIP to the victims and wishing a speedy recovery for the injured :(

She vaguely resembles Lee Sungkyung in that Adidas outfit imo *_*

Korean media outlet The Fact recently reported that at a 5 p.m. event in Sungnam on October 17, during a 4Minute performance, a ventilation window collapsed, causing 25 spectators to fall below the surface. Wikitree stated that the fall was roughly 10 meters (about 3.3 stories).

According to the report by The Fact, police and rescue workers have arrived at the scene and are working to rescue the spectators, penetrating a wall four stories below the surface to reach the injured. As of right now, two have been confirmed dead, and 13 have been rescued. Police think the vent may have collapsed from the weight of audience members who climbed on top of it to get a better view of the performances, although a more detailed investigation is currently under way.

Although the event was not organized by Cube Entertainment, the agency has stated that it will release an official statement soon.

According to the latest announcement by the police, 14 have been confirmed dead and 11 have been seriously injured.

As of 8:45 p.m. KST, the number of dead has increased to 15, and 10 have been seriously injured. The injured have been transferred to hospitals in Bundang and Sungnam for medical treatment.

4Minute was performing as one of the acts in the “Pangyo Techno Valley Festival,” along with T-Ara, Junggigo, 2Bic, and Cherry Filter. Spectators had climbed onto a ventilation window to get a better view of the concert, and due to the weight of the currently reported twenty-six people, the window had collapsed. The spectators fell 10 meters, and since the incident the number of deaths has risen to 16, with 10 injured.

Although the event was not organized by Cube Entertainment, because the incident happened while 4Minute was performing, the agency has released an official statement. “There is no way to measure the amount of grief in our hearts…The members and the staff did not know what had happened during their performance and only learned of the incident on their way back to Seoul. We hope no more people get hurt because of this incident.”

EDIT: i replaced the videos that were removed!

Super Junior will be making another comeback next week on October 23 with a special edition of their seventh album, “This Is Love.”

The full length special edition album will include nine tracks from the original album (exluding “Mamacita”), a remixed version of “This is Love,” and three new songs for a total of 13 tracks.

This album is special because each of the individual members participated in the design for the jacket cover of the album. The album will be released in different versions for each of the members.

Meanwhile, Super Junior released their full seventh album, “MAMACITA,” this past August. It topped the Billboard World Album Chart, as well as various music charts across Asia in Taiwan and Hong Kong. In Korea, they placed first for two weeks on KBS’s “Music Bank,” two weeks on MBC’s “Music Core,” and two weeks on SBS’s “Inkigayo,” as well as other music shows, collecting a total of nine trophies during their short promotion.

Though the entire album will be released on October 27, Super Junior will release the remixed “This Is Love” as well as the three new songs at noon on October 23 on various music sites. The same day, they will perform “This Is Love” and “Evanesce” on Mnet’s “M Countdown.”

Who’s excited for their comeback?

So that's 3 new tracks, one of it being Siwon's Don't Leave Me! Imma just wait for this repackaged album as i observe ELFs absolutely destroy each other over Sungmin's wedding ~scandal~ 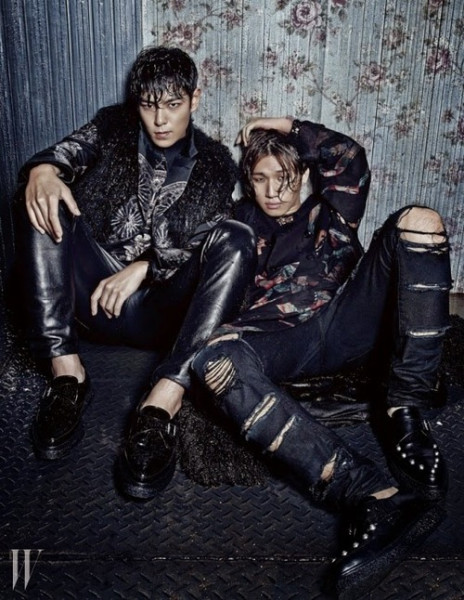 Translations of the titles made by me.

Any guesses of when bbs are finally coming back?

are you a fan yet?