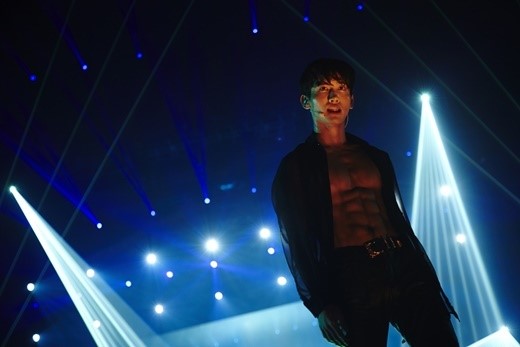 TVXQ‘s Changmin has confessed that his flawless abs are the result of a strict diet.

On December 7, the legendary male group held a press conference before the second concert of their special concert tour, TVXQ! SPECIAL LIVE TOUR -T1ST0RY-. On the previous day, Changmin surprised the audience by taking off his shirt for his solo stage, revealing his perfect abs.

Regarding this, the singer said, “I did not drink any alcohol for two months in order to prepare for the topless performance.” “My trainer told me not to eat soup, stew, hot pepper flakes, or hot pepper paste for two months. I underwent an unbelievably strict training program,” the idol revealed the secret to his defined muscles – a diet that consists of mild, low-sodium foods.

Meanwhile, TVXQ held their first domestic solo concerts in two years on December 6 and 7, selling out both concerts and attracting a crowd of 24,000 people.

rightclick5ave for all your spica posts!!!!! Hope you enjoy your super cute sweater.

Thanks a million to ToFeburary!

Since Roy Kim‘s plagiarism accusation of his hit song, “Spring Spring Spring”, over a year ago, another lawsuit has been brought against him by producer Kim Hyung Yong and processed on the 8th.

Back in April 2013 around the time of Roy Kim’s release of his hit song, “Spring Spring Spring”, the solo artist was accused of plagiarizing Acoustic Rain‘s “Love is Canon”. Although that accusation and controversy was soon passed and forgotten about, Roy Kim has once again been swept into a second plagiarism accusation.


This whole thing is confusing to me because I'm not sure how you can file a plagiarism suit for a song that wasn't publicly released. Do you think the other song was ripped off, Omona?

it was really fun, loved the interactions with the MCs too!

the sync is on point! and they're actually hitting the moves pretty hard. still no jisoo though so this was filmed relatively recently

A Pink Prepares for Exclusive Concert to Fulfil No.1 Promise

A Pink is looking to fulfill its number one promise to fans by holding a concert.

On December 8, A Pink released a short video with the members sharing their thoughts and gratitude after their new song Luv won the number one trophy on KBS′ Music Bank on December 5, MBC′s Music Core on December 6, and SBS′ Inkigayo on December 7.

Thanking fans for giving them these awards, the members then reminded everyone that they promised to hold a concert if Luv hit number one.

"Concert! Let′s hurry and go prepare for it! We don′t have enough time! Let′s go prepare!" said the A Pink members. The video also left a message saying, "Thank you so much to the fans. The number one promise we made with everyone. We′ll be preparing hard for A Pink′s exclusive concert!"

A rep from A Cube Entertainment stated, "As an A Pink concert isn′t something that we can suddenly prepare for, we′ve begain preparing for it after making the promise at the showcase. However, there were so many strong competitors that everyone worried a lot about not being able to get number one. Now, we can focus on concert preparations without worrying." 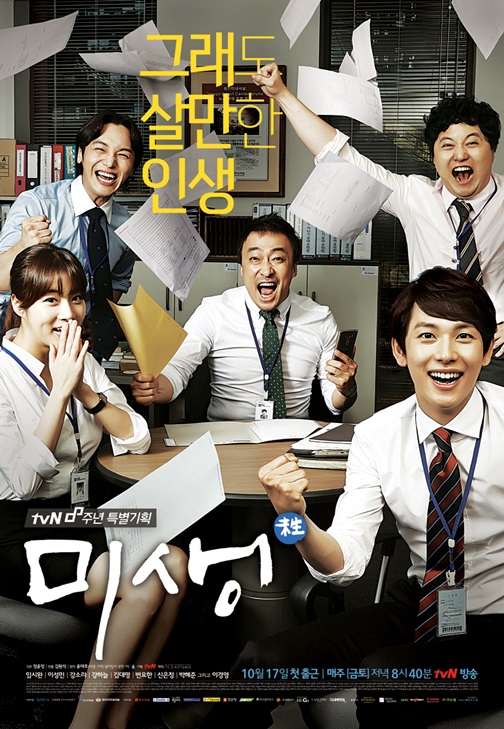 K-Pop is filled with talented vocalists, all with their distinct strengths but these 11 Idols show mastery in vocals more so than others!

Music critics in Korea ranked idol vocalists on their singing skills and ranked 11 idols above the rest. Although music is a very subjective form of art you can’t deny that these artists all have soul!

they're the ones that came out with crazy a few months ago. they're also the 'male subunit' of f1rst, with junghoon, doa and hansaem from the group, plus new members daeyoung, dohyun and hanyoung (who used to be part of m.peror). their offical facebook is here.

Back at it again with the last music recap post of the year for the month of November! What were you jamming to this month?

ZICO "TOUGH COOKIE" MV - someone should tell Zico that "tough cookie" is the lamest, most un-badass thing you could ever say in hiphop, even if it is idol hiphop 💩
Loco - Thinking About You feat. Jay Park MV! - mustard on the beat, ho 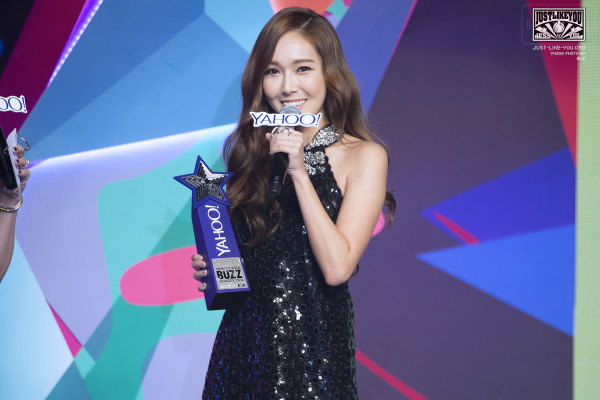 On December 8, Jessica received the "Yahoo Buzz Award" for "Most Searched Female Korean Artist 2014" in Hong Kong. In her speech she thanked her fans: "Thank you guys so much. I'm very honoured and I'm very humbled to be able to receive this award in front of so many talented artists. I wouldn't have been able to do this without you guys, so I thank all my fans. Thank you so much."
She also talks a little about her fashion brand and fashion in China and Korea. When asked by the female MC, if she doesn't want to come to Hong Kong more often, Jessica jokes: "I'll come every week!" 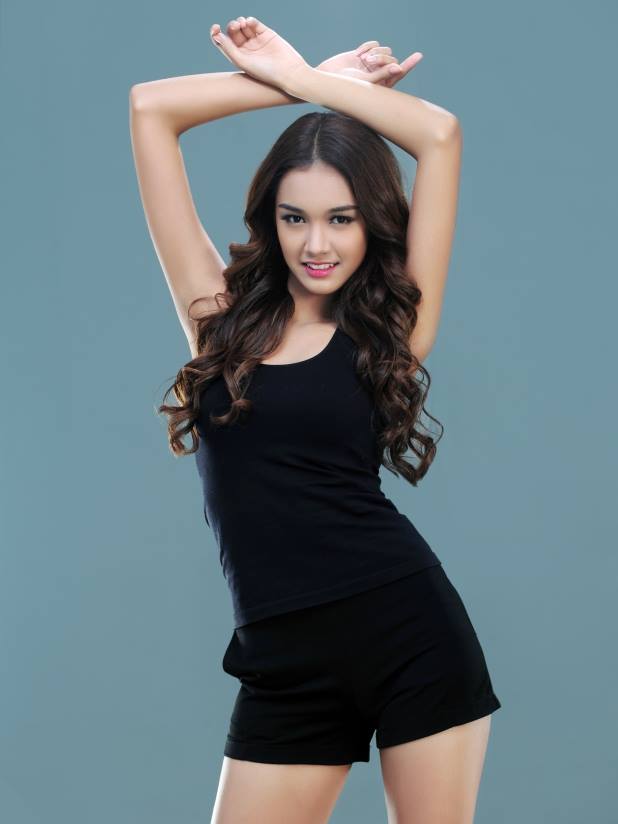 The allegations that Miss Myanmar was pushed to act as an escort for rich Korean businessmen by her talent agency in Korea have proven to be true. The dethroned Miss Asia Pacific had earlier accused agency officials of forcing her to offer sexual favors while she was in Korea.

The organizer of the Miss Asia Pacific World beauty pageant announced that it had unearthed the truth in an investigation of the head of the talent agency, as well as the pageant winner Mae That Htet Aung, better known as May Myat Noe.

Actress Park Se Young and Super Junior’s Kangin are starring in a new romantic movie called “The Cat Funeral.” The film’s distributor announced on December 3 that “The Cat Funeral” is slated for release in January of next year.

An adaptation of the popular webtoon of the same name, the movie tells the story of two lovers in their twenties. After splitting up, indie musician Dong Hoon (Kangin) and manhwa artist Jae Hee (Park Se Young) reunite when the cat they raised together dies. The ex-lovers go on a trip to commemorate their cat.

In the stills that were released today, Kangin and Park Se Young’s on-screen chemistry is apparent, the two shown cozied up with each other while playing with their adorable cat.

“The Cat Funeral” will premiere in theaters in January 2015.

CLC, Cube's soon to debut multinational girl group, gives us a taste of their musicality and skills by covering label mates Bi's "It's raining" and Beast's "Beautiful Night" in a public performance on the famous Hongdae playground in Seoul.

Their harmonies and band-vibe are making me look forward to their debut next year!

Cube Entertainment, home to 4Minute, BEAST, G.NA, and BTOB, revealed on December 8 that it will debut a multinational girl group called CLC in the first half of next year.

4Minute, Cube Entertainment’s first girl group, debuted in 2009 and has grown to become one of the top girl groups in the industry. It will be the first time in five years that Cube Entertainment has debuted a girl group. The debut is especially meaningful because CLC is the company’s first-ever multinational group.

Netizens have long been speculating about the group, even creating a list of potential members entitled “Cube Girls.” No concrete details about the concept of CLC’s debut have been officially released. However, it has been revealed that all of the members have undergone two to four years of structured training and intensive evaluation. Each of the members are competent in singing, dancing, and foreign language(s), as well as songwriting, playing instruments, and music production.

On the December 7 broadcast of SBS documentary program “When Charles Met Chulsoo,” CLC’s 19-year-old Thai member, Sorn, made an appearance. The episode featured various foreigners and followed them as they adapt to their new lives in Korea. Sorn’s daily routine, which includes vocal training, dance training, and korean lessons, was revealed. She charmed viewers with her proficiency in Korean, singing and dancing skills, and lovable appearance.

The girl group has regularly donated their talents to raise money for charity. Cube Entertainment revealed that, even before their debut, CLC had been working as models for various brands, donating all proceeds. The agency said that CLC hopes to, through their physical and moral efforts as well as through their music, to continue to participate in charity campaigns.

IU was a guest at AKMU's Camp Concert and sang "Fried Eggs", which was composed by Chanhyuk. Lovely song! 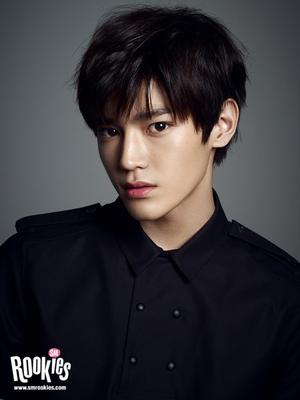 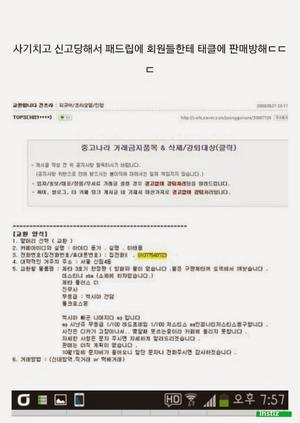 This Instiz post alleges that SM Rookiez Taeyong went by the ID 'hssarang98' and 'julyfirst1' and scammed people out of trades on a used items auction site around when he was in junior high school/before he became a trainee.

One of the posts reports him, stating, "I'd like to let everyone know that hssarang98 is a second year junior high school student is a liar... (goes into detail about how a figurine model he bought from him was severely different from the listing and missing several parts) Don't buy from him ^^"
( Collapse )

The daughter of Korean Air Lines Co. Chairman Cho Yang Ho ordered a plane back to the gate so she could remove a crew member who gave an incorrect answer to a question on how to serve macadamia nuts, the airline said.

Heather Cho, 40, a vice president of the airline, ordered the head of the service crew on Flight 86 from New York to Seoul to deplane after an attendant earlier had served Cho macadamia nuts without asking, the carrier said. Cho then summoned the purser to ask a question about the airline’s policy on serving nuts. Cho ordered the man to leave the plane when he couldn’t answer. Under the carrier’s rules, passengers must be asked first before serving.

Haven't read about entitlement at this scale in a long time. Doesn't help the growing animosity toward chaebol kids/heirs either. Also considered tagging this "airport" or "travel/tourism" lol....maybe"douche" too tbh
Collapse