Have you accepted Youngji into your lives, Omona? 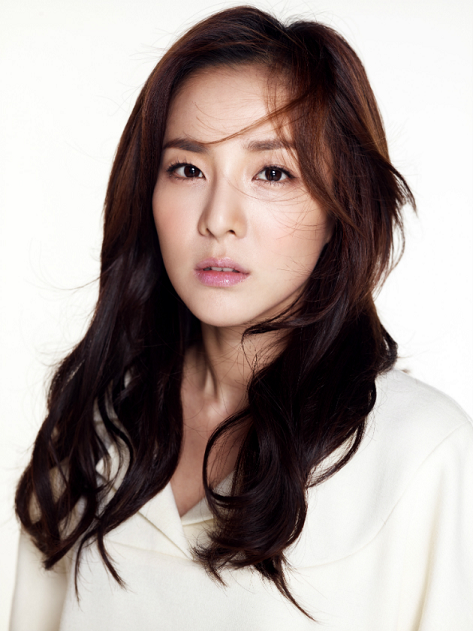 "Appearing as an eccentric office girl in web-drama "Dr. Mo Clinic" jointly created by Korea and China
2NE1's DARA debuts as an actress by playing the title role in web-drama "Dr. Mo Clinic" (written by Lee Aram, produced by Kwon Hyuk Chan) to be jointly created by Korea and China.
"Dr. Mo Clinic" is a story about the broken heart and healing of a man and woman who had committed themselves to love but were dumped without even saying goodbye. In the drama, DARA acts as a eccentric office girl "Lee So Dam" who hides her face with a puppet mask and her long hair when something embarrassing happens.
DARA said, "Since it's my first drama, I'll learn and grow as an actress from now on. I thought this drama is a very good opportunity for me as I can meet fans around the world on-line through this new genre of web-drama." She also expressed her resolution, saying, "The character is very interesting as she is so similar to me. Of course I feel somewhat nervous and burdened, but I will concentrate and work hard."
DARA is well-known for her bubbly character and pretty look like a Barbie doll. That is why fans have high expectations for her acting of "Lee So Dam".
"Dr. Mo Clinic" is a web-drama jointly created by Korea and China. It will be aired in Korea on NAVER TV Cast and in China on youku (the biggest video-streaming website in China) from mid March. The shooting will begin in early February. The drama is attracting all the more attention as it is directed  by Kwon Hyuk Chan who was one of the directors of drama series "Secret Garden", "A Gentleman's Dignity", "Master's Sun", etc.
Meanwhile, DARA successfully wrapped up performance for 2NE1's second full-length album and the second world tour which was the first-ever case for a girl group, last year."
Source: YGfamily

FINALLY!!  So happy for her!

(Sorry mods, I fixed the source link that I forgot the first time around) 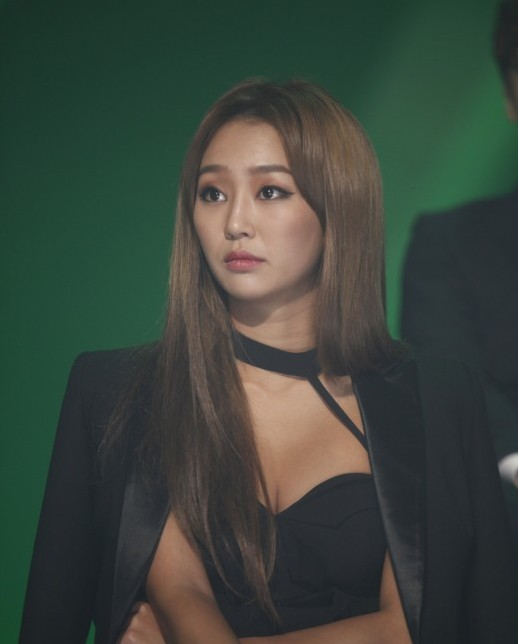 Joining I Am A Singer as the youngest member, SISTAR′s Hyolyn shared a short word of determination ahead of the competition.

On January 21, the press conference for MBC′s I Am A Singer took place at the MBC Sangam HQ Media Center, where Hyolyn shared, "Honestly for me, the fact that I′m with such great sunbaenims makes me so honored to be here."
( Collapse )

It is such a good opportunity for her so I'm both excited for her and anxious.

the anniversary-birthday event planned by fans has been cancelled due to some misunderstanding amongst kfans :( anyways, I'm not exactly sure what Jongup has been up to because nobody has posted about him. Hope the formatting of the post is fine! ETA Daehyun's latest update! 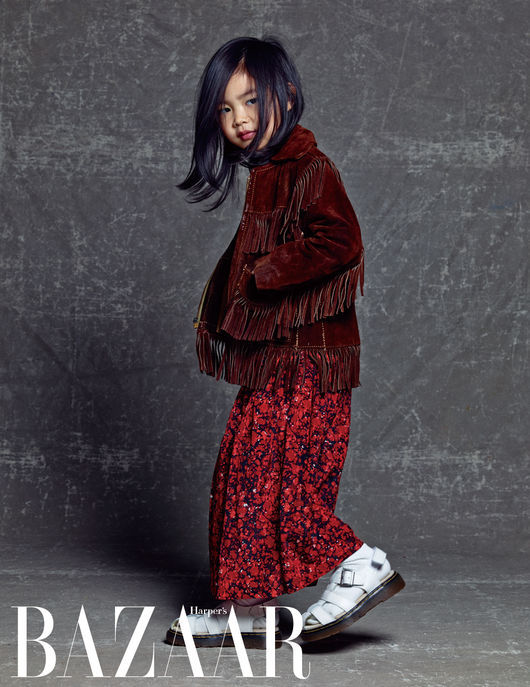 The Queen doesn't have a tag?
Did I miss it?

They're with NEXTAR Entertainment home to 2Bic, Kim Greem, and Lee Boram, the rapper is EB and the singer is Jessie

They have other covers on their yt, please anticipate! 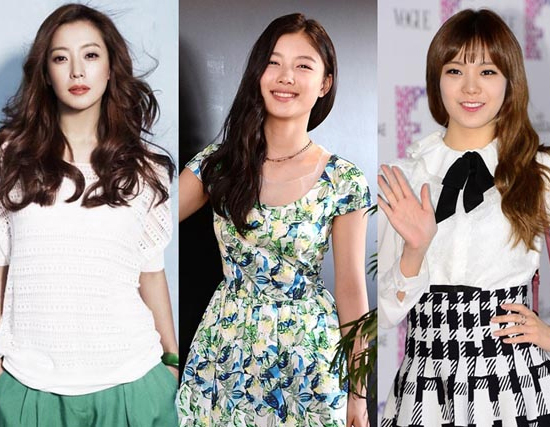 Looks like Pledis is working to make 2015 Lizzy's year! I'm so happy that she is getting so much more work but solo music promo + Tasty Road MC + Hitmaker and now drama filming... how will she sleep??

It was announced on January 20 that actress Lee Yoo Bi‘s father, actor Im Young Gyu, was arrested on charges of obstruction of business and will be serving six months in prison with a probation of two years.

BIGBANG’s T.O.P, who attended the Prudential Eye Award in Singapore on the 20th of January, gained recognition for artistic scene and was awarded the Visual Culture Award.

The Prudential Eye Award is the event which is prepared in order to discover the artists that Asia’s talent overflow with awards ceremony in which British luxury picture gallery and Prudential Life Insurance and parallel media group supervises.

TOP is planning to show widely his own artistic talent to the public in addition such as having the debut ahead through the collaboration with the international brand VITRA as the furniture designer this year.

TOP will be staying in Singapore until 21st of January for meeting, exhibition attendance and etc. and return to South Korea on the 22nd.

Would you buy his furniture, Omona? Is it going to be all white? Was this post just an excuse to use a pic of TOP's booty?

150121 Gunhee IG Update with Sexy Heechul: Wearing no underwear at home yes or no? The Demand of Luxurious Foods watching the first broadcast #NoUnderwearGram #TheDemandOfLuxuriousFoods

Big Bang’s T.O.P has gained recognition for his artistic talents by winning the Visual Culture Award from the Prudential Eye Awards.

On January 21, a broadcast official revealed, “BEAST’s Dongwoon, VIXX’s N, and various other idol group members have completed filming for ‘Running Man’ at the Moon Rabbit Space Center, as well as the Gyeyang Museum in Ganghwa, Incheon.”

[!!] #VIXX N @CHA_NNNNN will be guesting on Running Man Idol Special to be broadcasted on Feb 8!!
http://t.co/NHBwPbz98c

Edited: Removed Dongwoo because it was most likely a misreporting.

[And something close to a Dance Ver. MV]

Source: Soompi
I'm glad the surgery was succesful, I can't believe he managed to finish his promotions like that.

Xiumin is so funny and cute in this, Kai is in his own world, Tao and Sehun fail at sports and Chanyeol sails his own ship...again.

The CM will use Tohoshinki's song I Just Can't Quit Myself.

Huis Ten Bosch also confirmed there's going to be another promotional activity as collaboration project with Tohoshinki in spring.

[Tohoshinki&apos;s message on the back of WITH Tour Pamphlet + Photos of brochure and goods]

[Yunho cut in Ode to My Father]

I haven't seen any of these posted yet, so here you go! Also, I love those HoMin couple mugs. And Eiji Wentz does NOT age at all. Plus, that King's Brunch episode is more proof that Changmin shouldn't be left alone in a toy store lmao.

Article: [Exclusive] Student 'Kim', note saying he plans to join the IS found in his room

- Kim was in contact with an IS member named Hassan through 'Sure Spot'. Two phone calls to the man were recorded once he arrived in Turkey.

- 65 websites and news articles related to Turkey and the IS were found in his Internet bookmarks.

- He posted to two friends on Facebook that he wanted to leave his family and country to join the IS.

- Out of his 3,020 internet searches on the week before his leave, 517 of them were related to IS, Turkey, Syria, and Islam.

- 47 pictures of Muslim women were also saved in his computer.

[netizens comments]
1. [+22,035, -748] I'm against bringing him back to Korea. He can commit acts of terrorism in our own country, why bring him back? I'm sorry to his family but I think they need to give up on their son at this point.

5. [+2,055, -61] He's obviously a psycho. With that psycho mentality, I hope he succeeds in slitting the throat of whoever's leading him.

6. [+2,118, -276] His parents are partially at blame here. The kid obviously has a lot more problems than this is letting on. They catered to his every whim, no wonder he knew he could get his way. He didn't want to go to school anymore so they pull him out to homeschool him right away ㅋㅋ He obviously grew up with no social skills. Read in another article that he even threatened to commit suicide if they didn't let him go to Turkey. The parents aren't even complying with investigations because they still believe their son is innocent and that he'd never join a terrorist organization. The police need a recording of his phone call with his younger brother but his parents are refusing. Tsk tsk.

7. [+1,495, -74] So he dropped out of junior high... and learned English on his own and somehow managed to join a terrorist organization. If he only used his smarts to do something better with his life, he would've been so successful. tsk tsk.

8. [+987, -25] Shouldn't they release his face at this point. He might sneak back into the country, who knows when he'll commit acts of terrorism.

9. [+677, -24] Let me just bring attention to the fact that he had 47 pictures of Muslim women saved. Well there's our reason for him joining the IS. He wanted to get married over there.

4. [+914, -29] He gives up his life to bring shame to his family and become a terrorist. What did your parents do to deserve this?

JAWI (Federal Territories Islamic Department) decided to drop the arrest warrants against the Muslim fan girls who joined the stage with B1A4 during a performance in Malaysia.

JAWI had told the fan girls they would be imprisoned and/or fined up to 1,000 RM if they failed to show up to the office and give statements about their behavior on stage. In the end, however, the department decided not to charge the girls with arrest warrants.

“Rather than penalizing them, we must counsel these young fan girls,” advocated Ahmad Syaberi, Minister of Communications. “Followers of the Muslim faith are leaders, not judges to punish people.”

The re-enactment of scenes from the drama, “The Heirs,” during a fan meeting with B1A4, showed fan girls being hugged and kissed on the forehead by the idol group. The fan meeting stirred a huge controversy among the Muslim faith because the kiss to the forehead was on her hijab, a sacred piece of their religion.

An official from the WM Entertainment told Star News, “The fan girls were specifically told what would happen on stage, and they had agreed to those terms. We are sorry to see how events unfolded through this incident, and we will do our utmost to see that fans aren’t negatively affected by this incident.”

The least awkward and thus, the most enjoyable ASC episode ever, tbh.

A mid-winter bop to warm you up, Omona. Nothing much to say about it; it's fun.
Collapse