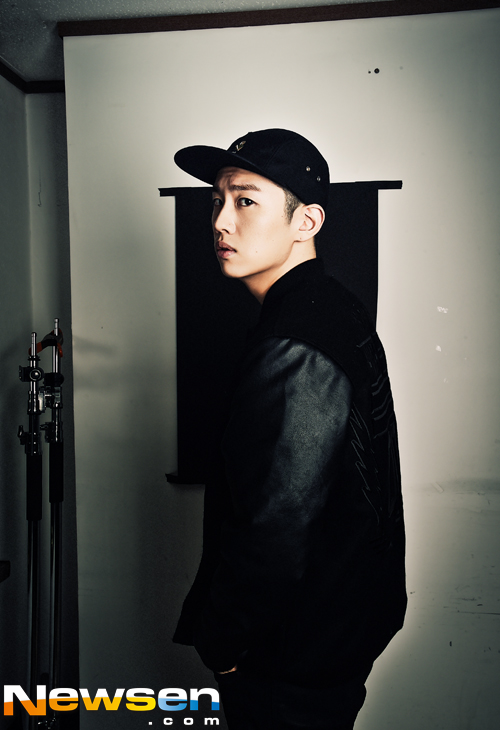 Phantom’s Hanhae, who was originally a member of Block B, spilled his thoughts on leaving Block B.

Releasing his solo album 365 on January 30, Hanhae held an interview with Newsen and shared his thoughts on his upcoming solo activities saying, “It’s my candid music so if you listen to it expecting Phantom’s music, you might be shocked. I’m curious and scared to find out the public’s response to my music. I think that younger girls might especially be shocked.” 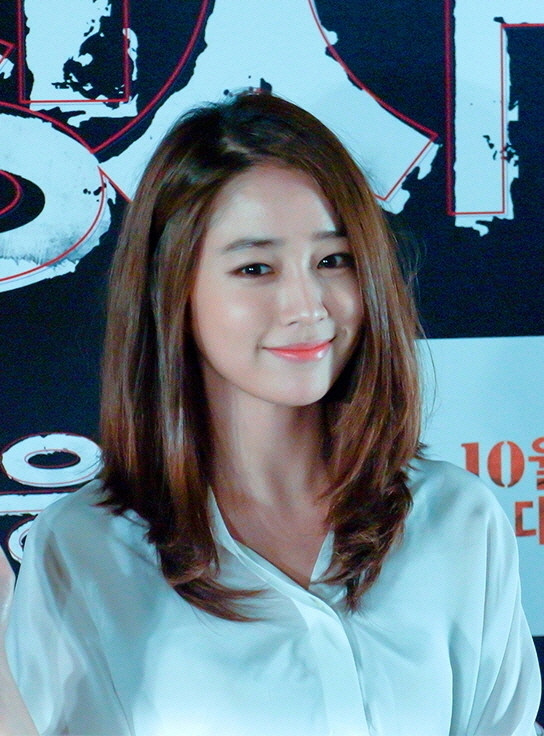 Lee Min Jung has taken a few trips to Los Angeles in recent months to spend time with her husband Lee Byung Hun. But her agency recently announced that she plans to return to Korea for good around the Lunar New Year, which is February 19. After that she will remain in Korea until her child is born.

According to MS Team Entertainment, "She will be back around Lunar New Year's Day and spend the holiday with her family. Lee Byung Hun's return to Korea has not been decided yet." 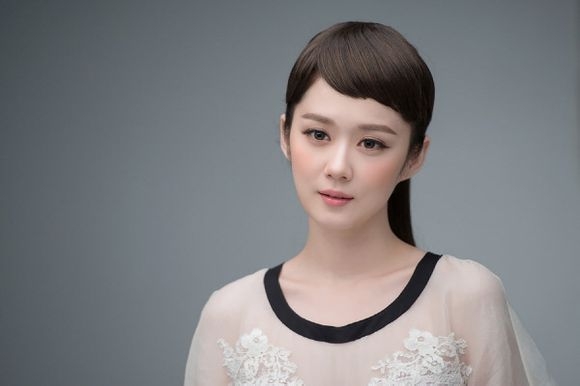 In a recent interview with Chinese media outlet Sina.com, actress Jang Nara touched on the subject of marriage and children. The actress is currently popular in China due to her recent drama hits "Fated To Love You" and "Mr. Baek."

With her delicate features and slight frame, the 33-year-old actress is often mistaken for someone in her 20s. She's not sure why.
( Collapse ).source: kdramastars 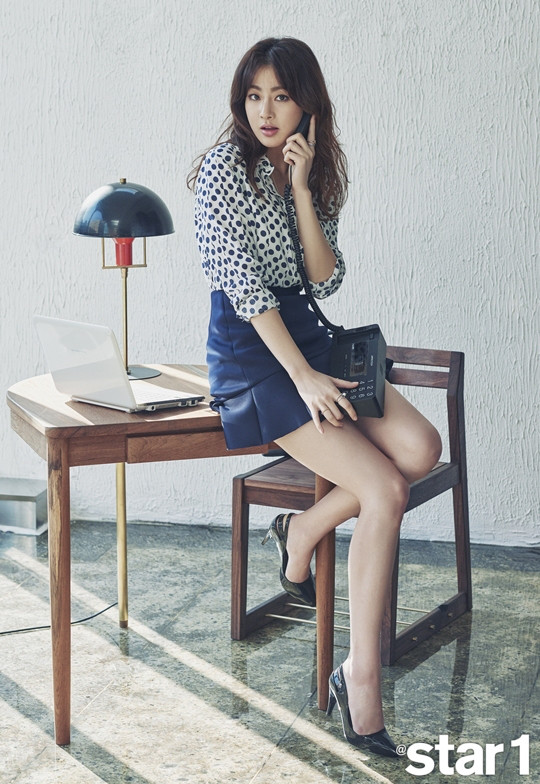 After the end of “Misaeng”, you were asked in an interview what “Misaeng” meant to you and you cried.

It seems that I started crying suddenly because I felt that I wouldn’t get to shoot this kind of project ever again. Filming was hard, but when it was actually over, I felt so much sadness. I don’t easily cry, but why did I cry then? I think I was being a little bit too much (laugh). 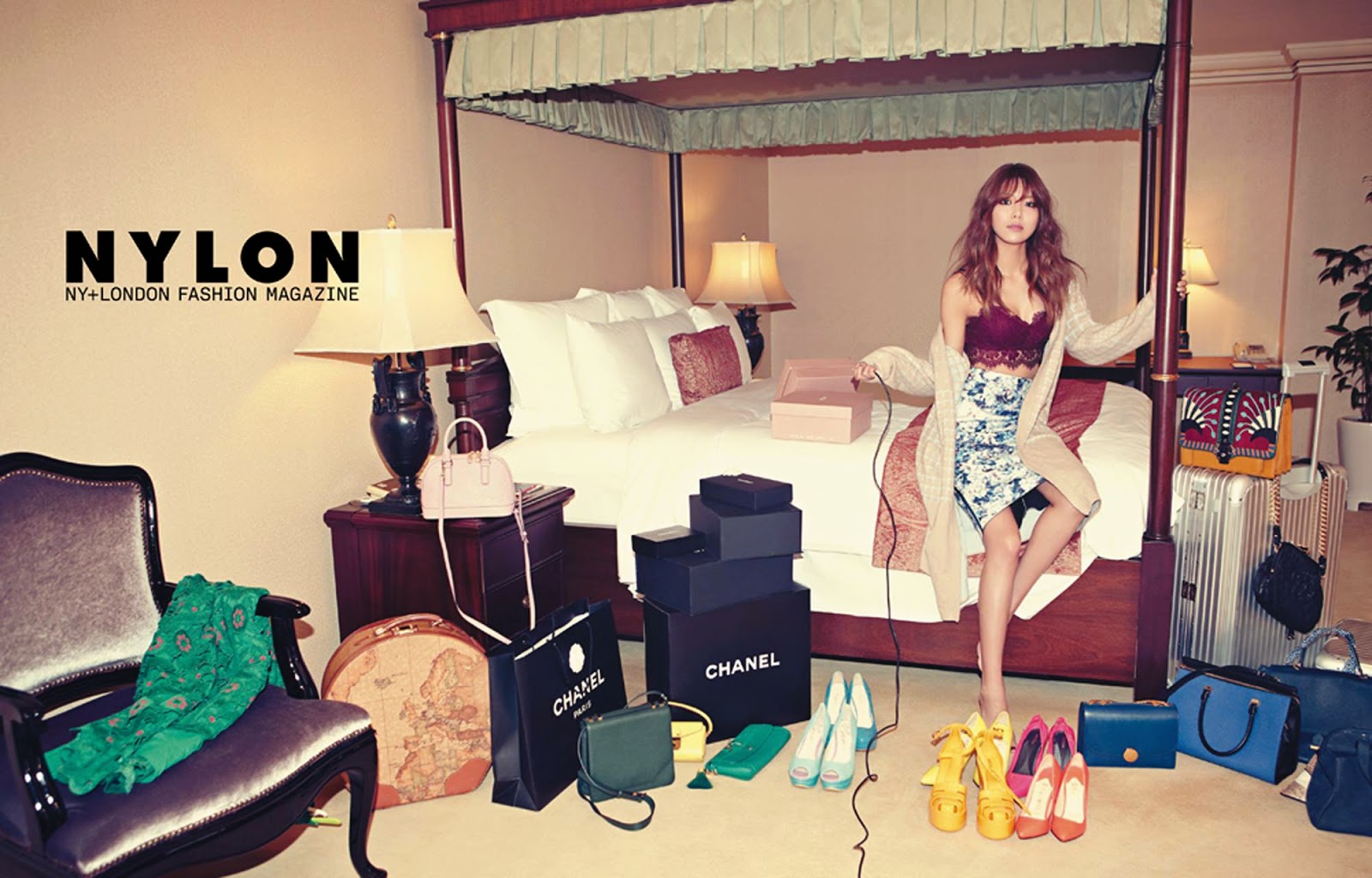 I forgot to say that ep 26 is a summary of AS' cast' fav moments, so no new things. You can read the review here : http://kvarietyshowmania.blogspot.fr/2015/01/abnormal-summit-year-end-special.html

EXID recently revealed they’re still paying off their debts from their trainee years. The group debuted in 2012 and gained more fame with “Up & Down”.

The group made their first appearance on KBS 2TV’s “Immortal Song 2″ on January 17th. During the show, the group paid tribute to Sook Sisters and rock band Sanulrim. 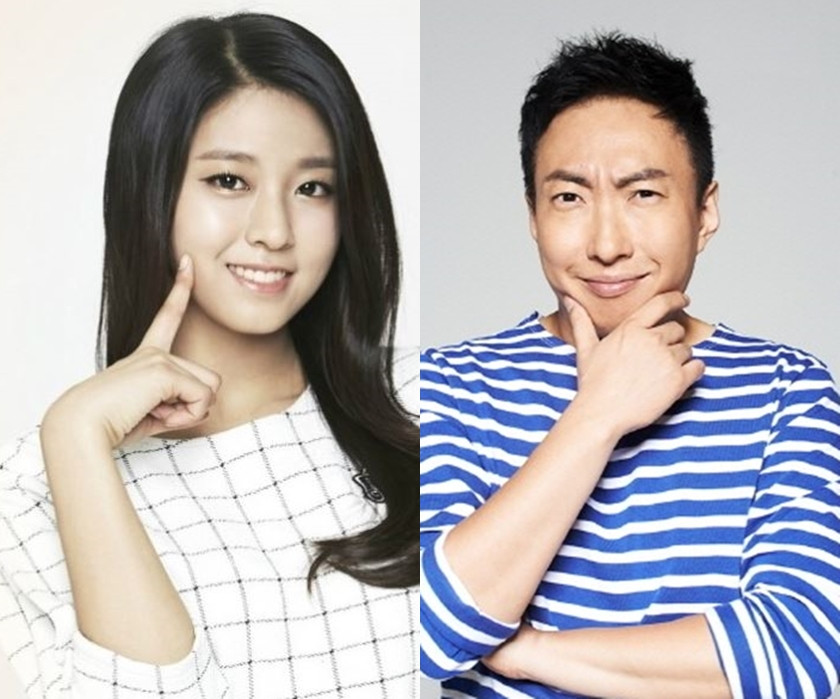 On January 23, a preview of “Brave Family” was released in which showed Park Myung Soo seemingly pushing AOA’s Seolhyun’s head. Seeing the video, many viewers went on a heated debate whether Park Myung Soo’s action was appropriate or not.


if you're an LA dodgers/ryu hyunjin fan, he shows up this episode with the triplets!

follow taewoong74 @ ig for more jion charms!!! feat a lot of saebom and other life stuff. 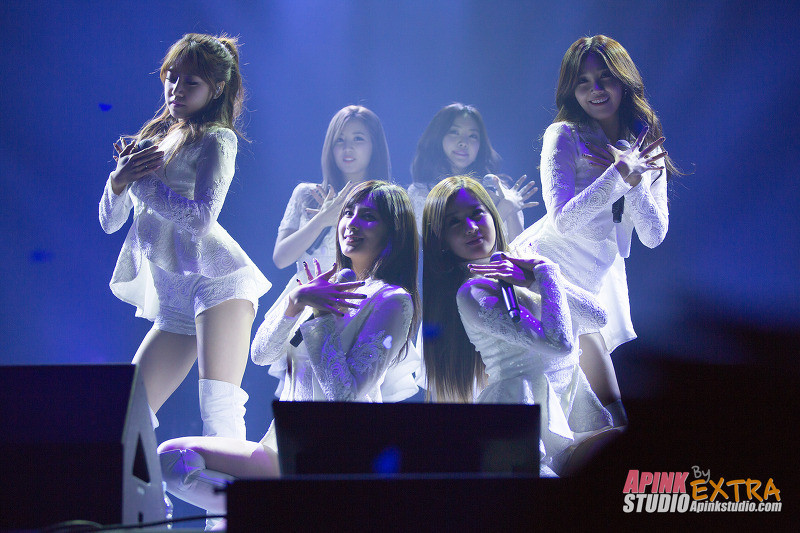 I'm pretty sure a lot of fancams have not been uploaded yet so I'm still waiting on those. Their fanboys go so hard lol 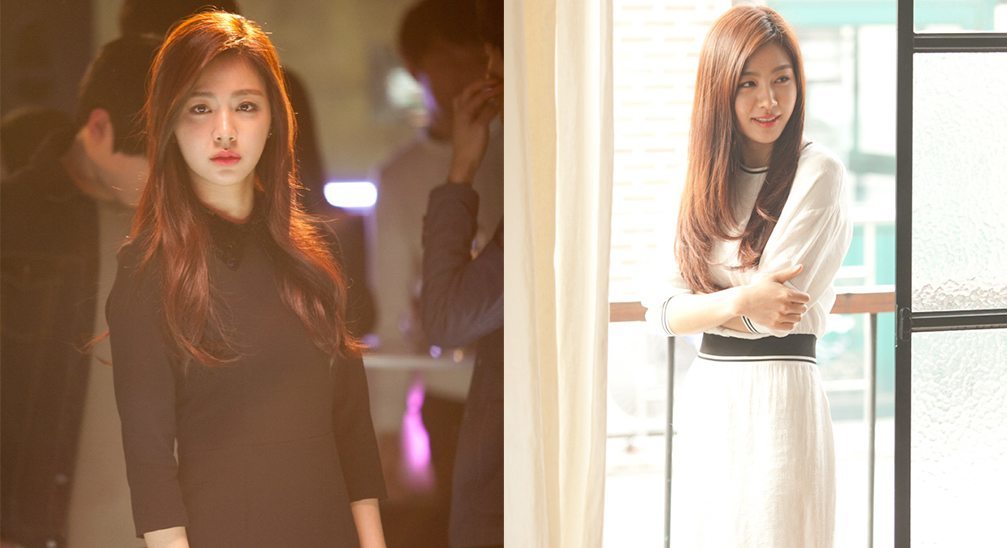 Jia is the main lead on this new webdrama so give all the love to her! Oh, Min is also in this.

just thought this would be interesting!
(also talks about her controversy performing breathe with GD during his concert)
not sure if i did this right.... its my first post here heheh 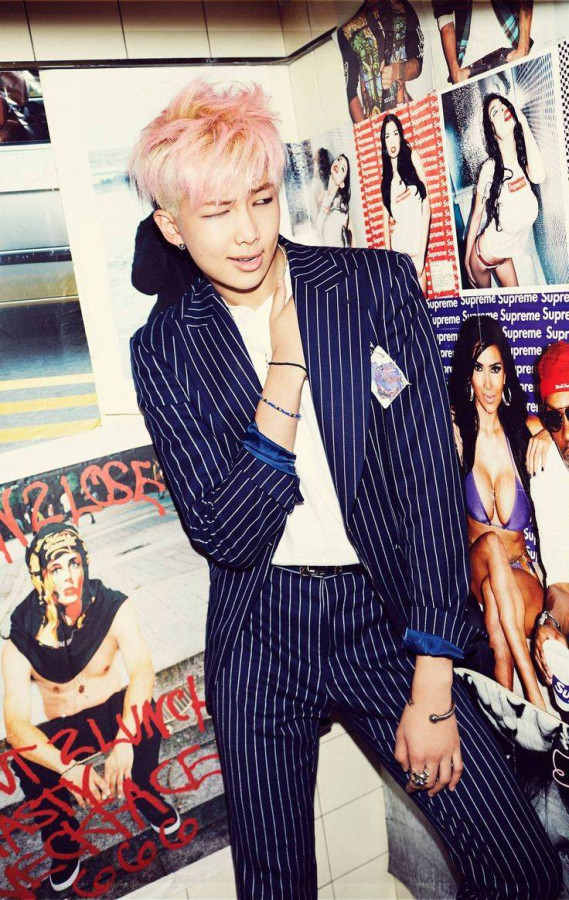 Rap Monster recently opened up about the diss battle going on between him and iKON's Bobby.

In recall, Bobby's lyrics for one of his songs, "Come Here", gained attention for sounding like it was meant for BTS' rapper Rap Monster. The lyrics go, "They call me a monster, I never called myself that. If talent were looks, I'm Won Bin in front of bulletproof glass."

Rap Monster commented, "I always listen to new music, as well as famous rappers who worked on the song, so I knew about [Bobby's song]. There was a rhyme in that song that made me think that it was talking about me, so I saw it as some sort of feedback."

here, have a random gif of namjoon being his weird and lovely self 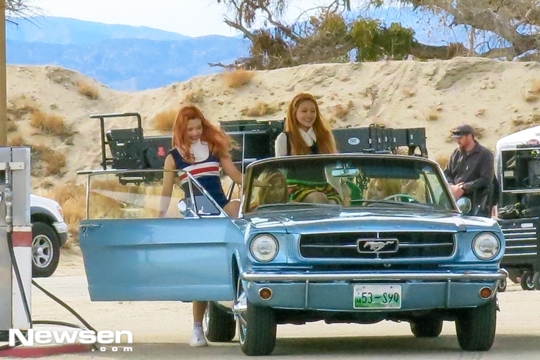 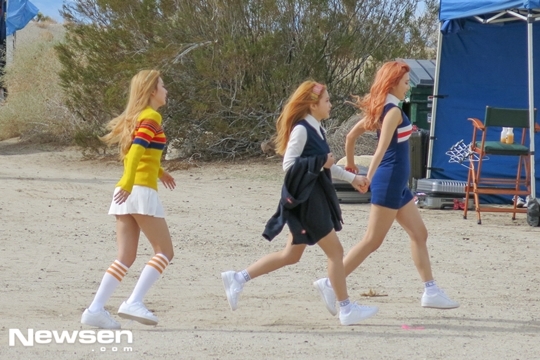 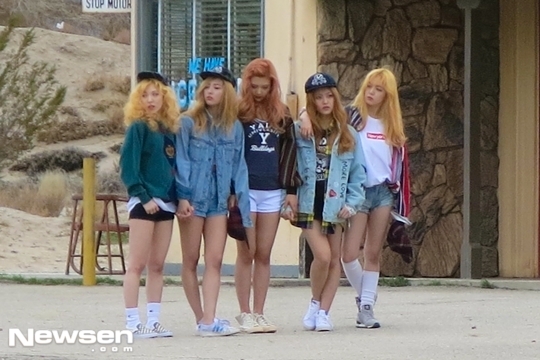 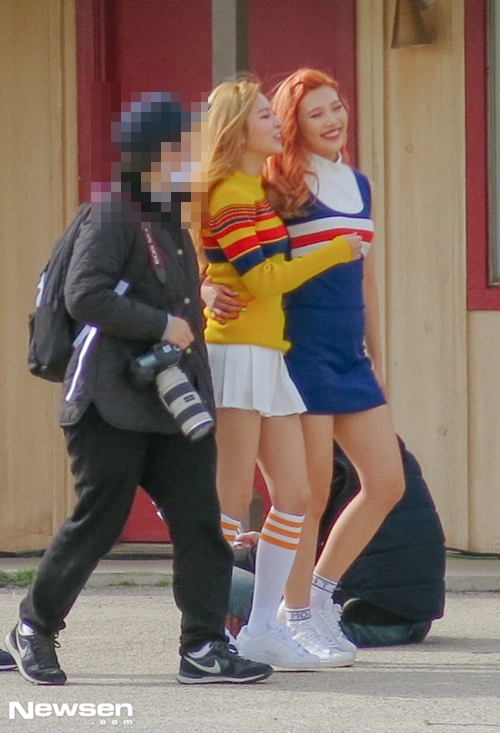 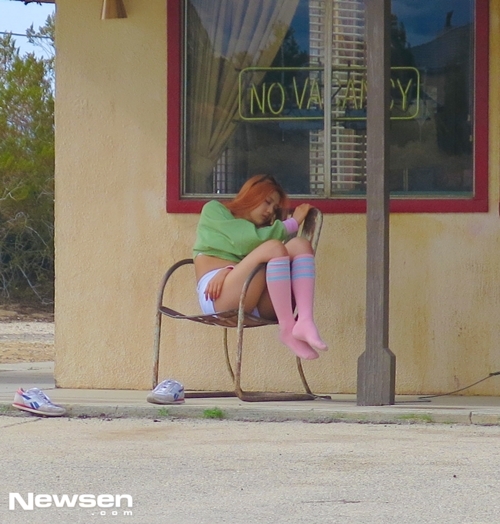 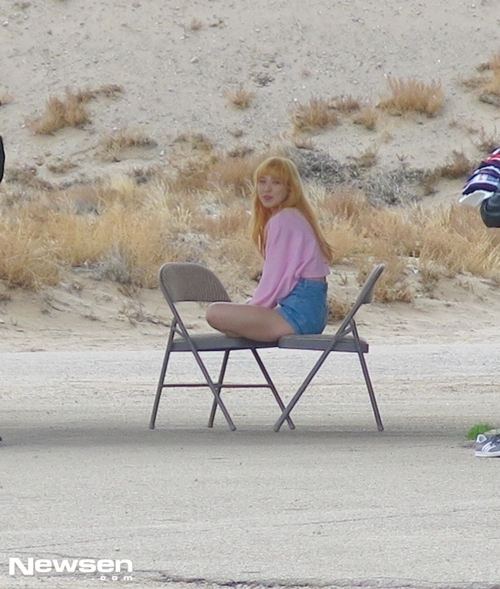 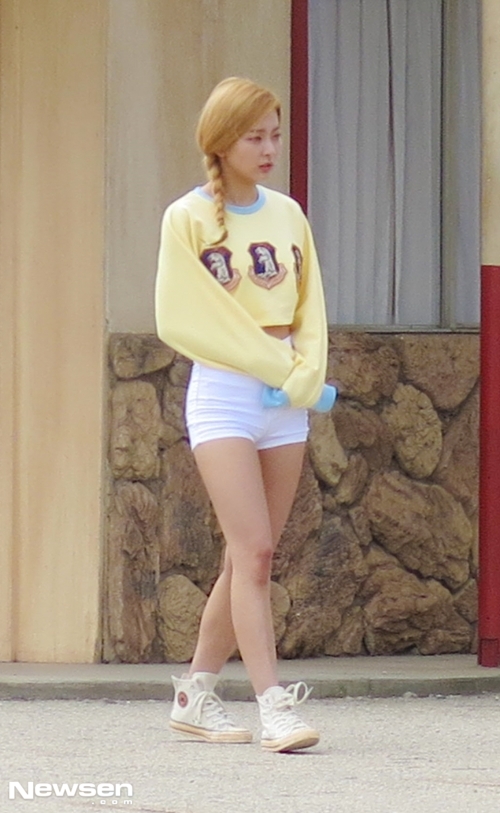 Red Velvet will apparently be making a comeback soon and have reportedly finished shooting their music video in California according to multiple news sources.

According to the reports, the girls shot at an outdoor location in Palmdale, California with the California desert in the background. The girls have varying styles of hair colors, from blonde to orange, and their clothes appear to show a bright and playful concept.

The photos also included extra girls who are not part of Red Velvet, rumored to be in SM Rookies, which is gaining much attention amongst netizens and fans.

apparently 'blonde girl' may just be the journalist in the original source describing the shoot, not the title of the song

EXO-Ls were acting in chaos at EXO’s recent fansigning event, refused to make a line and EXO members were trying to get them to calm down, Baekhyun "What is this (behaviour)?". D.O. then noticed someone fell over due to the chaos, and said their safety was important, then told to the fans if they don’t listen (and be peaceful) they’re leaving, the fans didn’t listen, so EXO left (So that the fans could calm down).

[One more fancam]This one is pretty loud. Baekhyun starts guiding fans around 2:25 mark and then D.O. holds his little speech, before all of them getting off the stage.

If I find a better article, I'll add it in. They left and then came back after the fans calmed down. There were around 30.000 people at the fansign (5 members were in Busan and 5 members in Seoul).

source: xiumin's instagram
Well, I suppose he was in need of a new football buddy.

On February 2, Teen Top’s official social media sites released a teaser image with a logo for Niel’s solo debut. The logo consists of an N formed by a compass needle and two 1′s. The teaser image also says “oNIELy,” with the text running under reading, “Only + Niel.”

A two week countdown? Looking at the website there should be 6 more teasers released

In the midst of a busy schedule exploring various museums and galleries, and meeting artists in Singapore, Chungang “SUNDAY S” Magazine met not TOP from BIGBANG, but rather the art enthusiast Choi Seunghyun.

Still, talking about BIGBANG’s TOP receiving an award at a contemporary art awards ceremony is a strange combination. So I did research beforehand and found that South Korea’s pioneer of abstract painting, painter Kim Whanki’s (1913-1974) nephew was Choi Seunghyun’s maternal grandfather, the novelist Seo Gunbae (1928-2007). I was curious to talk about his family.
( Collapse )

The drama depicts the last six months of Park Jung Hwan's life, one of the prosecutors working on anti-corruption department. Before the brain tumor takes his life, he is determined to expose the frauds and misconducts committed by his superior, Lee Tae Joon. He also struggles to make amends with his ex-wife Shin Ha Kyung and their daughter Ye Rin, for all his indifferent attitudes in the past.

”Ahem...SCORCHED EARTH IS THE ONLY ACCEPTABLE OUTCOME” 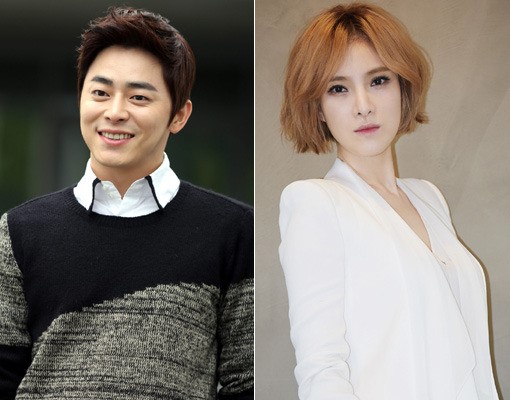 Actor Jo Jung Suk and Gummy are the new love birds in the entertainment field.

The two have been dating for two years after being introduced to each other by a friend, and have been nurturing their love and trust for each other with their common interest in music. Their intimate relationship has already been well known between entertainment insiders and close friends.
( Collapse )