(Above is blocked in the US, but here's the link to the US version that won't embed)

Give me geeky turned sexy-as-sin-in-a-suit Taecyeon any day. I really hope that he doesn't eff this up. It has the potential to be a great role. I'm cautiously looking forward to it.

It has been revealed that SPICA member Yang Jiwon was involved in a car accident after having fallen asleep at the wheel.

On July 3, the Gangnam Police reported that Jiwon caused a three-vehicle accident at around 11:30 p.m. (KST) on July 2 on her way to Seongsu-dong from the direction of the Seongsu Bridge in Apgujeong.

[click to read more]
It is said that the SPICA member crashed her Chevrolet into two taxis that were stopped at a red light in the lane next to her as she was on her way home. A total of four people, including Jiwon, were involved in the three-car accident and expressed minor pain in their neck, arms, and knees. Jiwon was transferred to a local hospital due to slight injury to her right wrist, along with the others involved.

After checking her blood alcohol level immediately at the scene of the crash, police confirmed that Jiwon was not driving under the influence of alcohol.

On July 3, a representative of B2M Entertainment addressed the incident: “Although Jiwon is in a great state of shock following the accident, she has sustained no major injuries. She visited a hospital right after the accident and was discharged after getting a cast on her finger. [The accident happened] at a time when she has been practicing hard while preparing for SPICA’s comeback. We apologize for causing fans to worry.” The agency rep also emphasized, “It was not due to drunk driving.”

1. [+207, -7] She should've pulled over and gotten some fresh air if she felt sleepy. It would've been better than grabbing the wheel.

3. [+147, -7] Driving while sleepy or under the influence affects other people, not just yourself... should be more careful, it could've been a big accident;

4. [+12, -0] The scary thing about drowsy driving is that you don't realize that you're dozing off until it's too late

2. [+298, -23] I feel bad for the two taxis who had to suffer an accident for no reason ㅋㅋㅋ Wake up and pay attention when you drive

4. [+168, -7] She should've taken a break before driving if she was that sleepy. Drowsy driving is dangerous.

6. [+63, -1] I'm not interested in whether you're injured or not but whether the people who got hurt because of you are severely injured... you ram into two cars and call it not a big deal? ha

7. [+57, -2] Ridiculous how the person who caused the accident releases articles talking like they're the victim

8. [+50, -1] As someone who caused the accident, the official statement should also include an apology

9. [+42, -1] ㅋㅋㅋㅋㅋㅋㅋㅋㅋㅋㅋ So ridiculous how the person who caused the accident is sitting around saying "I'm okay guys" ㅋㅋㅋㅋㅋㅋㅋㅋ

10. [+41, -3] Drowsy driving is just as dangerous as drunk driving. What was she going to do if the others were severely injured?


And of course, performance cuts of both team's songs for anyone who only has time for a little bit of mess:

whoops I lied last post - there is one more ep before the "final reveal"
smh at them dragging out this mess longer than need be
also truly r.i.p my heart and ALL my faith in this show tbh

Recently, there have been rumors floating around community sites that Teen Top’s Niel is in a relationship, sparked by photos that show him wearing a similar accessory as someone else.

that shotting themselves in the foot strategy tho ,what would i do without ljoe's cute updates and chunji's occasional narsissistic selca welp .

their footwork is always second to none tbh

BoA will be having a concert in Korea to celebrate her 15th anniversary next month. She debuted a preview clip for the concert via social media. See the clip below.

Any member of Omona gonna go? If so... cheer SUPER hard during Only One for me!!!! 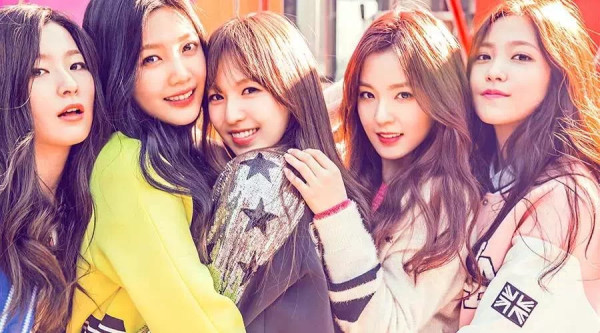 [BTS in KOTA KINABALU PACKAGE SUMMER 2015] located in Kota Kinabalu Malaysia may vacation like honey from her special package totaling 100 pages photo book and a video about making the 64-minute crease, and prepared in accordance with the concept of a special travel MD (pouch, name, case sticker). Expect a lot! smile emoticon

“Loss:Time:Life” is set to premiere around the middle of July
( Collapse )

B2M has not issued an official statement, and the following article was chosen for translation as it contains the most information about the accident + more details not in the earlier post. source: JTBC, translated by Turn Up Speaker.

On July 3, it is reported that Yang Jiwon crashed her Chevrolet into two taxis that were stopped at a red light in the lane next to her at 11:30 p.m. on July 2 when she was on the way to Seongsu-dong from the direction of the Seongsu Bridge in Apgujeong.

Moonlight is by the same people as Sonagi and Diamond. :)

Obviously there's going to be spoilers in this post.


[first up lil boy of geeks]

[blacknut doing what only he could]

[one takes the mic]

[Taewoon shows them how its done]


You can watch the unsubbed episode here:
[Part 1]http://www.dailymotion.com/video/k1hrugw8jafl6VbSj4C

[my reaction after watching the livestream] Mino's rap was rude af toward my Topp Dogg baes and Mnet didn't even bother to air them Zico wielding that Stardom shade.
Taewoon was so fucking good and I want Mnet to put the video up.
Ravi was as embarrassing as I thought he would be.
I don't even know how Vernon passed.

[andup responds to accusations of racism] Black Nut: this is a rap that respects all of you guys

그 옆에 팔로알토는 당황에 헛 기침만
Paloalto who’s next to him (San E) is just sitting there fake coughing, trying to avoid you (Paloalto is in the label HILITE RECORDS with B Free and B Free dissed San E, and they’re both on SMTM4 as producers). (It’s not that serious actually lol nice edit mnet)

1. HELLOOOOOOOOOOO
2. NO FIGHTING
3. Email omonamods@gmail.com for inquiries, advertisements, sponsorship etc, like us on FaceBook, follow us on Twitter for updates!
4. Spam is allowed BUT SPACE IT OUT, BE SMART ABOUT IT. Put all your goodies (multiple gifs, multiple images, multiple videos) under a spoiler

Congrats to the happy couple! 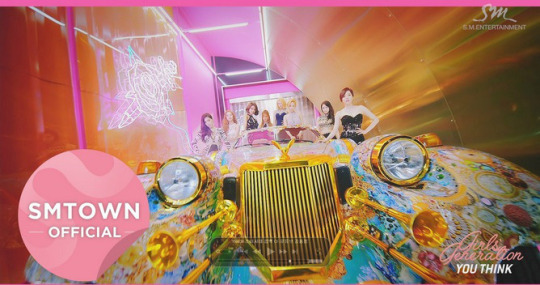 THIS SONG IS GOING TO KILL.

edit: lol at the amount of shinee's post after this

Synopsis:
When a serial killer strikes women who all have a similar appearance, the police department’s Special Crime Investigation Team is stumped. While Cha Ji An (Jang Na Ra), an elite detective, and her fellow colleagues are assessing the latest crime scene, the mysterious Lee Hyun (Seo In Guk) shows up and instantly assesses the trademark attributes of the killer. Hyun is a genius criminal profiler with a degree in criminal psychology who received an anonymous email that brought him to the crime scene all the way from the United States. The serial killer seems to be sending a personal message to Hyun with the clues he leaves behind, and Hyun wonders if it could be related to an escaped criminal “monster” from his childhood who killed his father and was responsible for the disappearance of his younger brother. Ji An has known Hyun since childhood and is ecstatic to see her childhood crush again, but Hyun doesn’t seem to remember her. With no leads to capture the serial killer, Ji An and her colleagues solicit Hyun’s help. Can Hyun and Ji An solve the case and find answers to their pasts? “I Remember You” is a 2015 South Korean drama series directed by No Sang Hoon.

Even if this drama isn't your cup of tea, just watching it to witness Seo In Guk in suits, is already very entertaining... =D 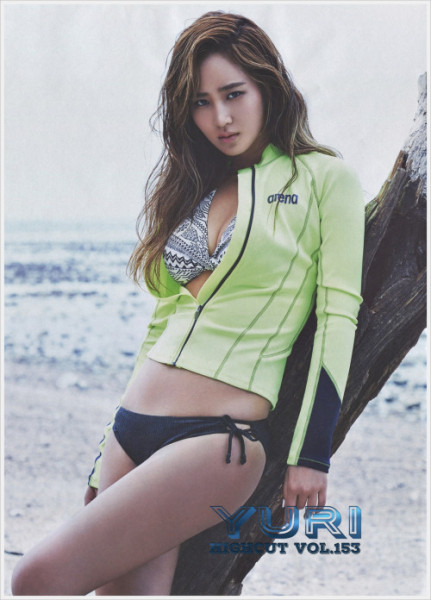 Think K-pop idols. All that fame, the flash, the fans — it’s the gig millions crave.

Agencies hungry for a piece of Hallyu cash number in the dozens; trainees hundreds, maybe thousands. It’s the landscape that birthed roughly 270 idol group debuts from 2010 to 2014, most of them fated to obscurity.

Celena Ahn, known more popularly as Lena, had a realer chance than most. She was signed under one of the Big Three, JYP Entertainment. As a trainee, she’d already been on stage, on screens and in a music video as the featured rapper for Sunmi’s “Full Moon.”

its bit old news but i found out today cause btob peniel asked ppl to vote for her and i realised shes the same girl that did full moon with sunmi...
idk how to tag it, sorry mods

btob also scored three endorsement in past week - lg, elite uniform and tom n toms, get that $! i hope cube will use that money to get them a better dorm :p 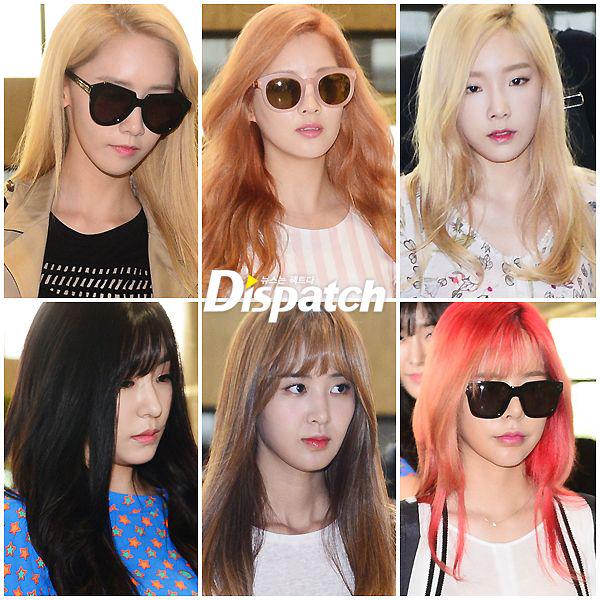 It has been reported that singer-actor Kim Hyun Joong will no longer be standing back in his ongoing legal battle against his ex-girlfriend, Ms. Choi, and is preparing to take action.

According to various reports, Kim Hyun Joong is currently planning to file a lawsuit against his ex-girlfriend, Ms. Choi, for 1.2 billion KRW (approx. $1,070,000 USD).

The singer-actor’s legal representatives recently revealed to OSEN, “Around next week, we will be filing a petition against Ms. Choi. She received a settlement of 600 million KRW (approx. $535,000 USD) with the promise of not disclosing information to outside sources. However, she violated that condition, so we are suing for breach of contract for the same amount. Also, another 600 million KRW for defamation after claiming that Kim Hyun Joong assaulted her, for a total of 1.2 billion KRW.”

On July 4, Kim Hyun Joong’s side further shared, “There is no proof that Ms. Choi was pregnant at the time that she claims Kim Hyun Joong assaulted her. According to the statement submitted to the court by the ob-gyn where Ms. Choi claimed in her petition that she received her pregnancy confirmation and treatment for miscarriage, the hospital only issued her a diagnosis of amenorrhea for four weeks. They revealed that they did not give a definite diagnosis of anything related to pregnancy or miscarriage. As Ms. Choi’s claims of miscarriage due to assault appears to be a lie, we will be countersuing.”

Meanwhile, the two sides are currently in a legal battle after Ms. Choi filed a lawsuit against Kim Hyun Joong for 1.6 billion KRW (approx. $1,426,000 USD) in compensation for damages.