highlights: new mics that don't smell like saliva, whose idea to switch lines during their starcast showcase?, changsub's mayweather rap, scared eunkwang moment among other stuff

hopefully this goes through, mods!

BTOB member Yook Sungjae will be opening up about his plans for marriage, having children, as well as the interesting story behind his casting in the drama “Who Are You: School 2015” on the next episode of KBS’ quiz show “1 vs. 100.”

During the recent recording for “1 vs. 100,” which will be airing on July 7, Sungjae shared, “My dream, ever since I was younger, was to marry at 25 years old. I also wanted to have children early so that I could become a friend-like dad to my kids.”

A full thirteen years after the fact, Kim Young Ah, the writer of BoA’s hit song “No. 1,” is finally receiving her long-overdue royalties.

On July 6, the Supreme Court revealed that in Kim Young Ah’s case against Universal Music Korea, whom she sued to confirm that she is the creator of the song, the ruling was finally settled.

Thirteen years ago in 2002, Kim Young Ah was asked to write “No. 1” and received 2 million won (approx. 1,800 USD) from SM Entertainment. Shortly afterwards, SM signed a music copyright licensing contract with Universal Music. Then in 2003, Universal Music registered “No. 1” with the Korea Music Copyright Association and listed the writer for the song as Siguard Rosnes (Ziggy) and the original copyright holder as Saphary Songs.

In 2011, Kim Young Ah requested to the Korea Music Copyright Association that they delay payment of royalties to Universal Music, and in 2012, she filed the lawsuit for confirmation of the song writer.

So Chanel & Karl Lagerfeld are trying to get that Korean Won and it's working
Chanel Cruise 2016 was "inspired" by tradional Korean clothing and hairstyles. The show was held in Seoul in May but I don't know why no one posted it here

It's kind of a shame there isn't an eng sub tag..i'm impressed by how much coffee making knowledge some of the boys have (though it's probably the only thing keeping most of them awake..)

decided to check him out after a friend recommended some of his songs and thought I'd share. he's really talented and if the rumors about the judges' teams are true, they seriously missed out on BewhY. plus based on his tag on tumblr, he's super sweet to his fans
tracks to listen to for sure are 중2병 (Feat. C Jamm) and Swimming Bananas 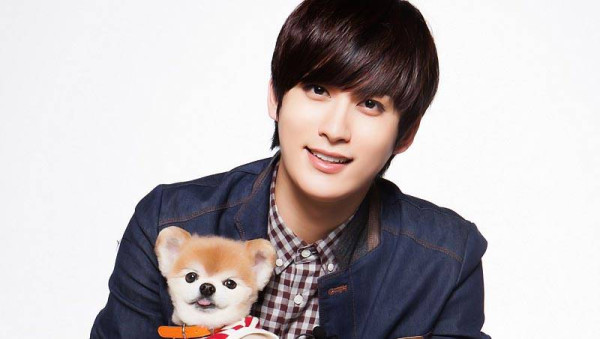 Jaehyo from the group Block B is stepping up to challenge his first drama role.

With the filming up ahead, Jaehyo was casted as the main character for the web drama “What in the World is Going On?” (director Ahn SungGon).

“What in the World is Going On” is a romantic comedy about a 40 year-old woman and 25 year-old man who fall in love, but then the woman changes into a 10 year-old child.

In the drama, Jaehyo will be matched with actress Go Eunmi and Ulala Session’s member Park Kwangsun will also appear. With this project, Block B’s U-Kwon, B-Bomb, and now Jaehyo will have properly appeared in dramas.

A production representative said, “Jaehyo was casted as the main male character because he matches the character’s personality well and he has laid the foundation for his acting skills with musicals and such.” ‘What in the World is Going On’ will begin it’s first shoot in early July, and it will be released through the Internet this coming August.

um @ that synopsis lol but good for him!!

Well friends, the final episode of JYP's SIXTEEN aired moments ago, which means the confirmed lineup of JYP's newest girl group is out there for the world to see....
( Collapse ) 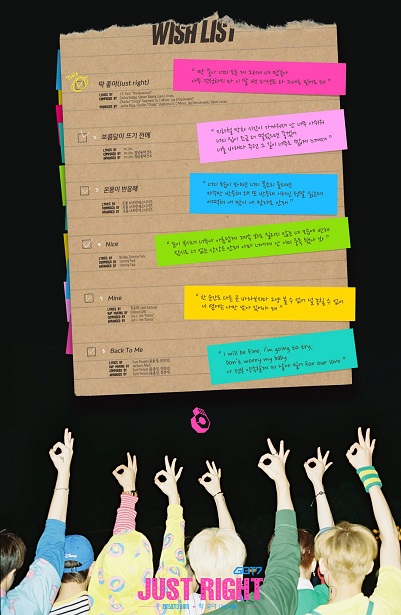 After teasing fans with a slew of comeback images, GOT7 has released the track list for their upcoming third mini album “Just Right” along with excerpts of the lyrics (translated below) for their fans.

GOT7 got creative with their track list, entitling it “Wish List” and designing it like a page freshly torn out of a notebook or diary. The featured lyrics read as such, too, like a letter to a lover. 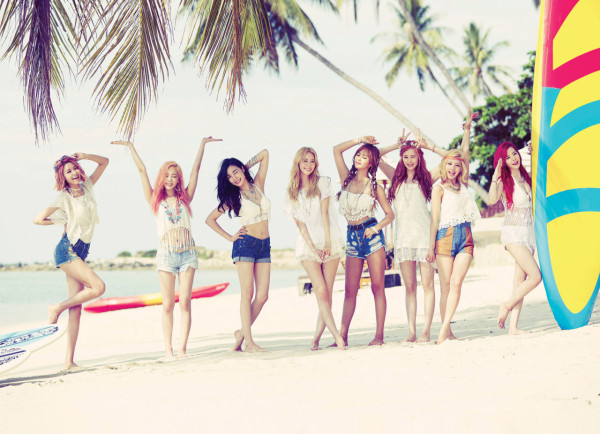 Within a few hours of its release, Girls’ Generation’s latest single, “PARTY”, has topped the charts of Korean music sites MelOn, Bugs!, Mnet, Olleh, Genie, Naver, Monkey3, and Soribada. This achievement marks an all-kill for the single.

In addition, “PARTY” ranked first on the iTunes “Top 10″ charts for various countries, including Malaysia, Hong Kong, Singapore, Taiwan, Thailand, and Vietnam. These charts are shown below.

lol at seulgi trying to get amber to wear a skirt. 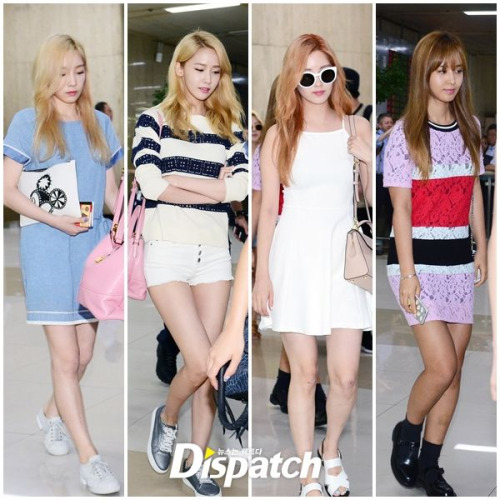 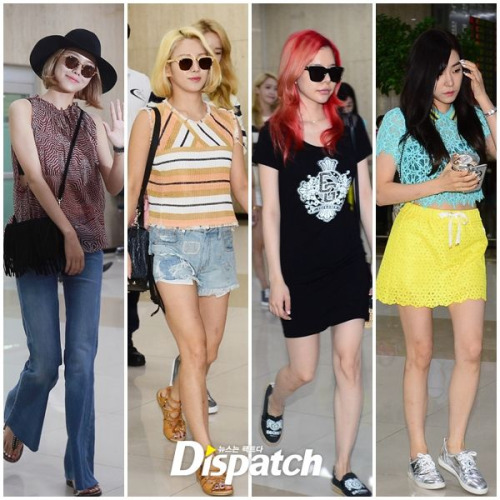 AOA member Mina recently shared a story about an incident during a recent fan signing event that made her cry.

On the July 6 live radio broadcast of KBS Cool FM’s “Jo Woo Jong’s Music Show,” the members of AOA opened up about winning first place on a music show with their latest title track “Heart Attack” and other various stories.

During the broadcast, host Jo Woo Jong commented, “It seems like the flow is a little better than ‘Like a Cat.’ The group struggled a bit at that time. The feeling is good this time. But Choa, why do you cry every time AOA wins first? Do you purposely cry?”

Choa explained, “I didn’t cry with ‘Short Skirt,’ but I think I was more overwhelmed with emotions with ‘Heart Attack.’ I cried because I thought about how the members had individual activities, so they suffered more due to busy schedules.”

Member Mina added on, “Everyone cried except for me.” However, the rest of the members pointed out, “You cried too,” stirring curiosity as to what made her cry.

Mina confessed, “I cried after a fan signing because a fan scolded me.” Earlier, on July 4, photos of Mina appearing to be scolded by a fan began circulating on an online community site. According to a fan who was there at that time, a fan told Mina, “A singer should be good at singing. Practice singing in the time you take care of your appearance,” causing Mina’s facial expression to darken.

[One of the photos in question]

Apparently the fan also cursed at her...

can i just have an endless combination of duets between the four of them pls p.s. sorry if i messed up on the post, i hardly ever post anything ;; sorry i'm so bad at posting!!! hopefully this one works!

This looks so goood! XD I like the topic, the narration and they seem pretty into it. Slowly killing me...

Love that the fanchants are so loud already! Love the sexy choreo. Hyeri with black hair <3.

SM Entertainment confirmed that TVXQ‘s Changmin will be enlisting to active duty sometime before the end of the year, promising a comeback as the complete two-member TVXQ after two years.

“Changmin has recently applied for the police forces and been accepted,” a rep from SM Entertainment revealed on July 7. “Changmin will be enlisting sometime within the year.”

another addition to my summer jams yas
Collapse