As part of the 7th generation of the singing contest that was broadcast consecutively on 28 June and 5 July on MBC, Kim Boa competed under the identity of ‘Take my sword, Romantic Assassin’. She entered the third round with her exceptional singing abilities, challenging the reigning Mask King ‘CBR Cleopatra’. Even though Kim Boa disappointingly fell to CBR Cleopatra in the final round and failed to become the new Mask King, she has already left a strong impression on fans and audience members. A day after the Mask King TV broadcast, her name was still one of the top search terms on several portals.

Before Kim Boa debuted as a member of SPICA in 2012, she had already contributed background vocals to several girl groups, earning the nickname ‘Female K.Will’. On the afternoon of 6 July, we spoke to Kim Boa over the phone about her thoughts on Mask Singer, as well as her future plans.

[read mooooaaarrrr]- You have received a lot of attention from Mask King. What were your thoughts before you accepted the invitation to appear on the show?

▶To be honest, when I heard about the news from my company, I felt burdened, because Mask King was already a very popular programme and many strong singers have been on it. Hence, I worked very hard to prepare well before appearing on the show.


- What were you feeling when you were on stage?

▶I was actually very nervous on stage, because I wasn’t with my members, but on my own. When I’m on stage with my members, I can rely on them for support. Although the people around me said, “You shouldn’t feel nervous after wearing the mask right?”, but to me, as someone who sings, being judged purely on my voice creates a huge sense of burden.

▶Round 1’s ‘누구 없소 Is Anybody There’, Round 2’s ‘라구요 (They) Said’, Round 3’s ‘Music Is My Life’ – even though I sang songs which I normally like, I really didn’t think I would make it to the final round. Even though I feel very happy, inside I still ask myself “Do I really have this kind of ability?” I’m dumbfounded and it feels a little like a menboong [slang for feeling shocked to the point of mental breakdown].


- Isn’t it a pity to have lost to the reigning Mask King CBR Cleopatra?

▶Not at all. I’m already thankful to have made it to the finals, and I would have felt the same even if I had been eliminated before the finals. I was backstage listening to Cleopatra singing, and he was really cool.


- You’re gaining a lot of attention after appearing on Mask Singer.

▶I’m sincerely thankful. Especially on a music programme, I’m very satisfied to have let the audience know who I am, even if it’s just a little bit.


- What is the biggest thing you’ve gained from Mask Singer?

▶Being able to sing songs that I like is already something that makes me feel happy, and it makes me want to work even harder in singing. Even if I didn’t stand out on the programme, my fans will always be supporting me. Through this opportunity, I’ve felt their support once again. To the fans who always give me strength, thank you again.


- What are your future plans?

▶There are no special plans, but it seems that SPICA will be bringing everyone new songs. Even though we still haven’t decided on a specific release date, we are working on it. [ l o l . in plain English: what is a comeback?]

from her elimination interview at the end of Mask Singer

ALSO! OP HAS UNEARTHED THE MYTHICAL KIM BOA SOLO THAT WAS PROMISED TO US:
[such a jam]
lol no but seriously this entire song is her, CCM pls?? I deleted this track off the album ages ago bc I didn't like it at first, but guess what's my new fave T-ara song now~

i need ot9 version of this song rn

I'm excited because omg Amber as a Youtuber
but also a little wary because there are a million vloggers and we get enough of her interactions with her crew through ASC, so what's she bringing to the table?
Is SM okay with this...? and is Scott her boyfriend or
Also, really Amber? "What The Pineapple"? her Thrift Shop performance, "Shake that Brass"...at least she's consistent in her weird early 00s self-censors lol

Title track 'Devil' is by Stereotype and Kenzie
looking forward to the new album!

jidam has been featuring on some really good songs

source: Live and Direct
no tag?

soompi did him kind of dirty there by using an out of context comment from the conversation, but: i'm glad that he used an sns platform to not only clarify himself. tbh, which is more than some people have done. he easily could have gave a half assed apology and called it a day but he opened up the option for people to call him out / "educate" him on a public platform which is something that should be acknowledged. he followed two akgae fans (ie: fans of singular members of the group) on twitter who had sent messages either tearing into him or taking up his offer to discuss and people are assuming that he did so so he could message them and talk with them about it which is... interesting. but yeah. 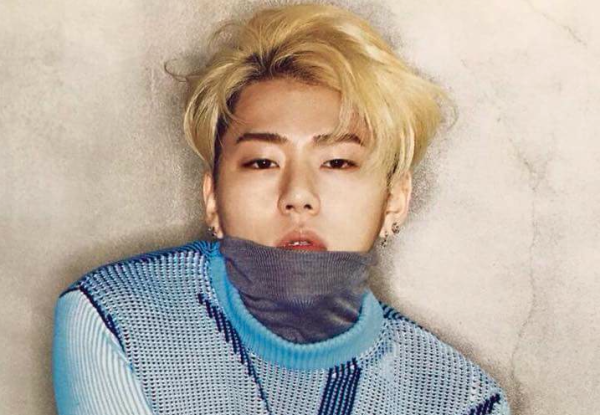 
[Update—Zico is not leaving SMTM4]According to a CJ E&M affiliate on July 11 in a statement to Sports Daily, “Zico will not be leaving ‘Show Me the Money 4.”

Previously, the rapper was involved in a drunk driving car accident, in which his manager was driving and he was riding in the passenger seat.

While Zico’s manager was intoxicated with a blood alcohol content of 0.163, Zico’s BAC was revealed to be 0.000, and he will not be receiving any legal penalties.

The CJ E&M affiliate stated, “[Zico] is seriously reflecting on and repenting the recent accident, and while we are careful to say so, we are planning for him to continue with [‘Show Me the Money 4’].”

Source: Soompi, Nate
SMTM4 released a statement, it seems no one posted it to Omona, but the link in the last sentence of the article will take you to it if you want to read their statement.
Update Source: Soompi, Joins
Collapse