I was looking through Bangtan YT channel and found this video!

the ot5 episode we all needed yassss!!

GOT7 will be making a comeback with their fourth mini-album “MAD” on September 29. Their upcoming title track will not be a song from JYP Entertainment‘s Park Jin Young. Instead, the song will the work of producing team Black Eyed Pilseung.

[OP's Note: Not posting a picture.]

At noon September 17, Kim Hyun Joong’s lawyer Lee Jae Man held a press conference at his firm CheongPa, where he revealed a letter sent from the singer, who is currently in the middle of his mandatory military service.

[TW: Abuser]In the letter, the singer carefully apologizes, and explains that the recent rumor of him refusing the paternity test is not true.

He says, “I wanted to apologize for [not being able to relay good news] of late, with all the stories going around online. I, myself, am exhausted and tired, so I can’t even imagine how it must be for you. In order to avoid misunderstandings, I thought it’d be best if I personally said something.”

Kim Hyun Joong mentions his current service, expressing regret that he wasn’t able to properly say goodbye to everyone, and that while he enlisted “like a sinner,” he recently became a private. “I spent the last year under the sharp gaze of the public, but with the wisdom and encouragement of my instructors, I’m becoming more mature and as healthy as I was in the past. I want to say thank you, and I’m sorry.”

The singer says that he wanted to open up once everything had quieted down, but because of potential misunderstandings, he decided to write the letter, and states that, in contrast to the rumors, he is not avoiding the paternity test.

“I just knew that the due date for the baby was September 12; I had no idea the baby had been born at the beginning of September. I saw through the news that the baby had been born, and I saw reports stating that I was avoiding the paternity test,” says Kim Hyun Joong, insisting that he had already prepared all necessary documents for the test prior to his enlistment, and that he was simply waiting for his ex-girlfriend’s side to contact his parents or his lawyer to proceed.

“It’s not because I doubted the existence of the baby,” Kim Hyun Joong continues. “The reason I’m insisting on the test is that only once the paternity test has been done can I take legal responsibility for the child in whatever form. I want to raise the child, but I know that things can’t always happen the way you want, and it’s frustrating for me to only be able to say that I’ll carry out my legal duties.”

He says, “While it seems hypocritical coming from someone who failed to abide by the law himself, I’ll continue for the sake of [my] child.”

Kim Hyun Joong goes on to express how he feels, only being able to imagine who his child takes after and not being able to be with the baby.

“Currently, I’ve only been told the gender of the child, and nothing else. They’re lying to me so that I’m unable to approach the child. While I’m still lacking, I will do everything I can for the baby. They’re telling me that they don’t know the baby’s blood type yet [and can’t tell me], but from my point of view, it just doesn’t make sense. Not even telling the father of the child something like the baby’s blood type, and continuing with lawsuits, it’s true that I can’t help but to think the motive is just money.”

He closes, saying that for the sake of the baby, he hopes that no information [about the child] is leaked anywhere. “I hope you understand. I’ll see you again as a more mature and healthy person.”

Ew. He's so disgusting and transparent.

i feel so proud omg those fanchants, im legitimately surprised

Are you ready for this mature sound? Great news for fans of Girls' Generation's Taeyeon! It has been revealed that Taeyeon will be holding her first-ever solo concert titled "Taeyeon's Very Special Day."

[Six performances!]
Her solo concert is a part of SM Entertainment's concert series brand The Agit. She will have a total of six performances from October 23 - 25 and October 30 - November 1 at the SMTOWN Theatere in SMTOWN's Coex Atrium.

Taeyeon has shown off her amazing vocal skills in Girls' Generation songs, OST songs, collaborations, and more. Many fans are excited to see which songs she will perform at her solo concert.

Are you excited about Taeyeon's first solo concert?

It's safe to assume that she'll release her solo mini before, it's getting closer and closer!
Also, mods, the picture (official poster used by both websites) is hosted on my tumblr. Is it ok? In the recent season of Show Me The Money, rappers such as Black Nut and WINNER Song Minho aka Mino as his stage name were involved in hotly debated controversies. Black Nut was involved in a controversy over his past rap lyrics insulting women and talking about violence while Mino was criticized for offending fans and women when he was accused of objectifying and insulting women with lyrics:
“Mino sniping the girls. Spread your legs like you’re at the gynecologist.”

With many controversies within season 4 of Show Me The Money, many netizens and fans of hip-hop asked why rappers believe they have to constantly rap about objectifying women, cuss, and insult people.
But during the recent interview with Star Today, BTS Rap Monster indirectly insults such rappers who follow such beliefs.

I hope this turns into a diss battle :D. 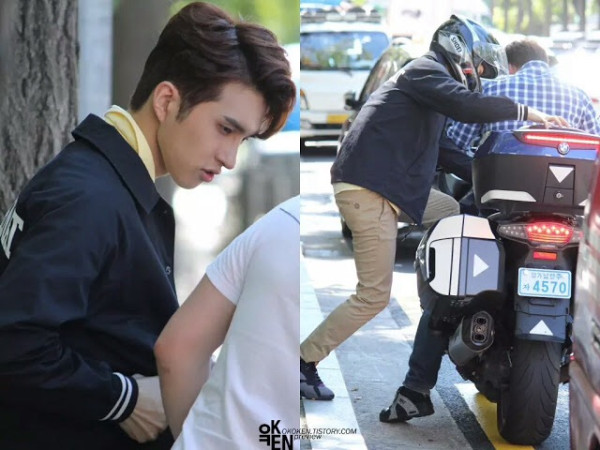 VIXX Ken had his first 'Cinderella' musical performance to go to today but who knows what JellyFish did with his manager because it wasn't his manager who gave him a ride but a 'quickservice' (kind of like an uber for packages you want to speedily send somewhere without waiting for the post to do it, a motorcycle will come up and pick it up and deliver it for you within an hour).

In anticipation of Seoul Fashion Week Spring/Summer 2016, MUTZINE will be looking back at the prominent runway trends from the past five years. For this second installment, we discuss how the color orange, sheer fabrics, metallics, and color blocking were everywhere in Spring/Summer 2012. Catch up by checking out the trends from SFW SS11. cotxpaxi! What are your favorite trends, Omona?

with Byulha and Dojin on the keyboard

They sound really good live, even though they were clearly kind of nervous, poor kids. Sorry that there's no english subbed version out yet, but I will try and upload it if it comes out!

2016: Hyeri pulls off a Choi JinRi albeit with GsD's consent; transitions into a full-time actress. GsD re-debut as a co-ed group, I successfully audition as their second male member; Yura and I have beautiful mixed babies.

My babies...! Totally posting way too much Day6, but here are some english subbed videos for once! 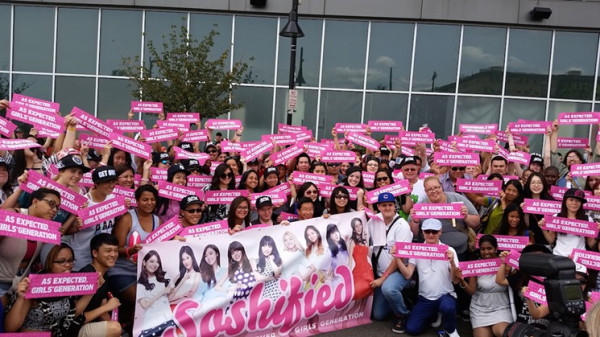 At a performance at KCON earlier this month, Tiffany Hwang, one of nine members of the popular K-pop band Girls’ Generation, recognized a fan in the audience. It was Oanh “Soy” Nguyen — who was particularly noticeable because she'd recently dyed her hair Sailor Chibi Moon-pink.

Hwang happened to know that Nguyen's favorite Girls’ Generation member is her bandmate Yuri, so she brought over Yuri, who waved, flashed Nguyen a heart hand sign and blew her a kiss. The moment lasted less than 30 seconds, but for a die-hard fan it was a dream. And because Nguyen is the founder of Girls’ Generation’s international fan site Soshified, it was a moment she was quickly able to share with her 176 staff volunteers, 30,000 fan club members and 35,000 Twitter followers, who appeared to be just as excited about it as she was.

[He is an angel...]
He's setting up a booth for World Vision, which is the organization he has been actively supporting. Below is the video of him getting a message from the child he's sponsoring, Felmeta *hands out tissues* and photos of his time in Ethiopia a few years ago.

I've been meaning to make a Junho master post for his Japanese stuff... maybe I'll do one in conjunction with his Seoulo concert.

SM Entertainment has left fans confused after it posted a cryptic update regarding f(x) member Amber.

On September 17th, SM Entertainment posted a photo on their official Facebook page and stated it as, “To. The Fans,” further hinting on a date, September 18th, 12 PM (KST). The photo, which is in a form of a present, was a repost from Amber’s original SNS post.

Although the post left fans to wonder if the hint was about news on f(x)’s comeback, some fans were left to assume that it was simply to tease fans about Amber’s birthday.

Amber will be celebrating her 23rd birthday on September 18th.

Posted by SMTOWN on Thursday, 17 September 2015

Seriously if you need a shot of happiness and golden retrievers this is the MV to watch. The lyrics also happen to be very sweet too. It's just fluffy all around. I'm so glad Roh Jihoon is back, and with such a great mid-tempo jam (though Punishment will be my forever bop).

All 11 episodes of the BigBang documentary is on DramaFever

I have only watched the whole thing once, years ago, and I don't know if I could do it again. Let's see...nope, made it to 5:28 before calling it quits...baby Lee Seunghyun!!! But it's so nice to see how far they've gotten. The lizard king makes lots of appearances, be warned, I'd forgotten and couldn't hit mute fast enough. Which is your favorite most heartbreaking part, Omona? 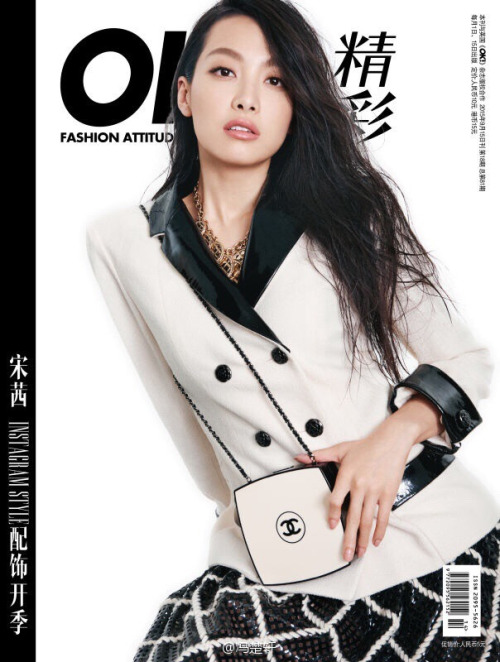 [iKON has 18 roof hits and are #1 on iChart Daily and Weekly Charts]Also iKON currently has 16 17 18 roof hits for 취향저격(My Type) on Melon and is still #1 on the iChart for the weekly and daily charts. They are now tied with Beast at 16 for #2 for boy groups with most roof hits...obviously #1 is Big Bang...with 231 (*added LFIL and Zutter)

They were so nervous (Hanbin really) and cute for the 10 minute countdown to song release. The first round of ticketing for the concert was yesterday but the next round for tickets is on the 21st of September at 8pm. The final/third round should include refund tickets.

취향저격(My Type) is also available on iTunes and Spotify 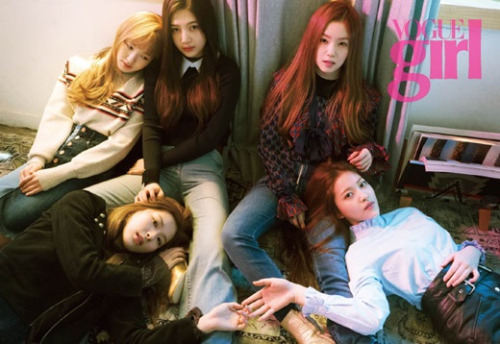 
I think they have no makeup, little make up, or the ~natural~ make up look. Still gorgeous as ever! 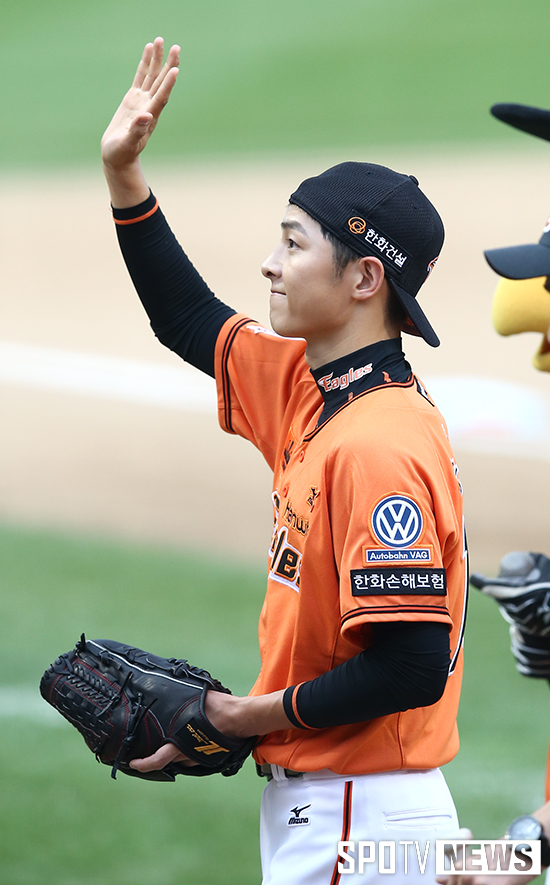 I should really learn Korean. This took longer than I expected but I thought I would post this before Park Seo Joon steals my heart tonight. Lol. He is going to be on some magazines but I will post again with some updates later. 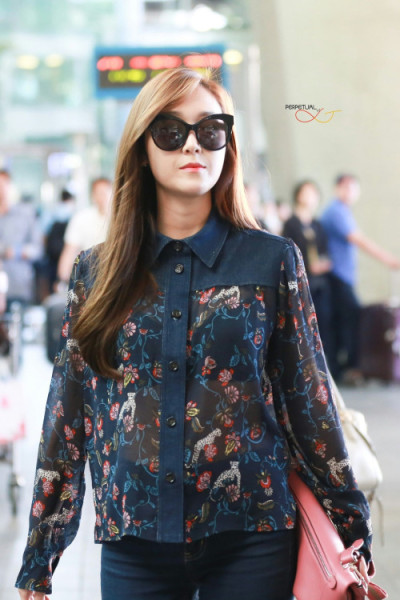