The advertising will be released Sunday in China, Hong Kong and Taiwan. 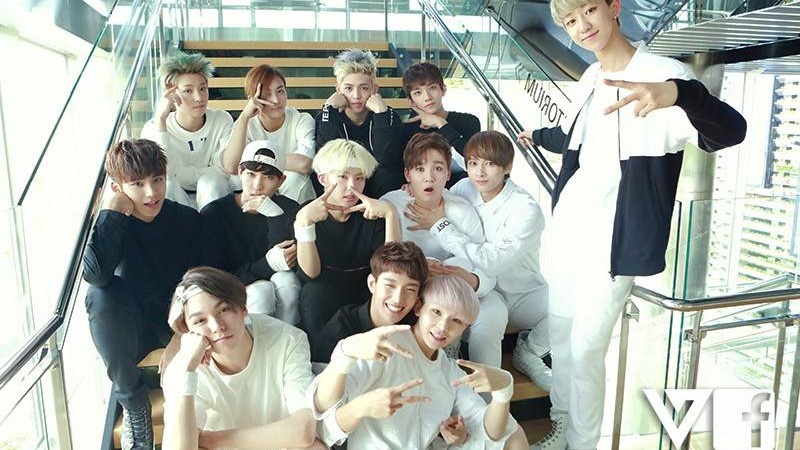 Just six months into their idol career, SEVENTEEN is getting ready for their first domestic solo concert.

Newspim reported on November 4 that according to concert industry insiders, the 13-member group has launched preparations for their first-ever Korean concert to be held in December.

Although the venue will fit only up to 800 people, it is extremely rare for a rookie group to announce a solo concert within the first year after debut.

Pledis confirmed that preparations are underway, “Everything is still in the beginning stages, but we have been meeting up with the concert team. The venue, date, and other details have yet to be decided.”

Meanwhile, SEVENTEEN has actively promoted their second mini album “Boys Be” for the past two months. The release earned them both domestic and international recognition, topping Billboard‘s World Album Chart and Gaon’s Social Chart for two consecutive weeks. The rookie group was the only K-pop act to make Billboard’s annual “21 Under 21,” and they are also nominated for Best New Male Artist at the 2015 MAMA. 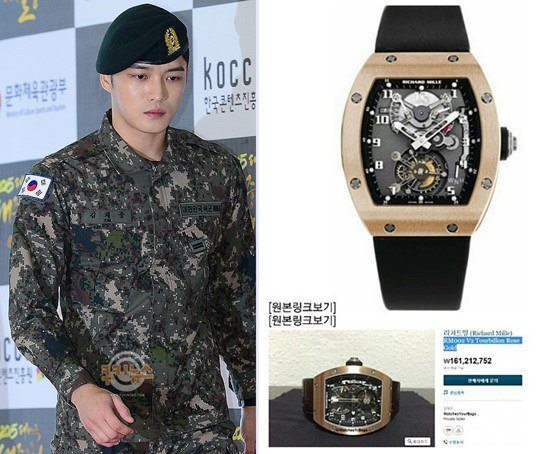 Although he’s currently in the military, JYJ‘s Jaejoong seems to be unable to stay away from being criticized.
After making a mistake while singing the national anthem of South Korea, and then wearing the flag upside down on his uniform, the JYJ member was spotted wearing a luxury watch worth about $160,000 USD to an event. A reporter expressed disapproval at Jaejoong, noting that he should not be wearing such a luxurious accessory while he’s serving at the lowest rank. The article has been very controversial, with netizens supporting both sides of the argument.

[+1335, – 455] He was wearing it during an event outside the army. How is that wrong? He bought that with his hard earned money. There are actual criminals out there living off of money earned illegally go after them not celebrities.

[+ 1128, – 359] Look at the jealous fxxks here ㅋㅋㅋㅋㅋㅋㅋ who cares what watch he wears. Why don’t you go worry about more important issues like the changes they’re making to the history text books?

EXO’s Chanyeol makes a plea for self-control to his obsessive (sasaeng) fans in China.

Omona, have you ever ruined a successful franchise with subpar scripts, feuds, and editing?

"This show from the start is a written plot, fucking drama
In there, I was just a supporting role to set off the main character" 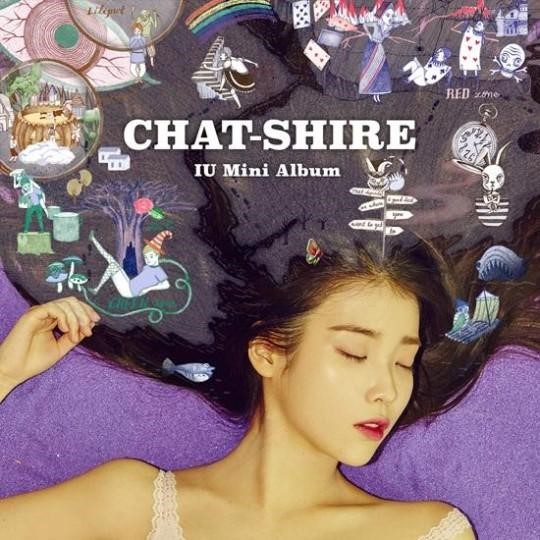 IU’s bonus track “Twenty-Three” from her latest album “Chat-shire” has been accused of illegally sampling from Britney Spears’ song.

For example, Britney’s voice saying “keep on rocking” can be heard in IU’s song. This is an issue because the song does not credit Britney Spears and it is unclear whether there was any permission given concerning sampling the track.

Yikes, I doubt queen britney will do anything, but this is nagl


The beginning reminds me of Purfles' "1,2,3" video. I wish you could hear more than half a second of the actual song, but I liked "Attention" so I'll check this out.

Source: 1theK
I'm really loving everything about this and omg all the songs!! asñdlkas and also
They filmed this in Las Vegas for 5 days, Gain said the rest suffered a lot because of the rain, sand, etc.
They cried cause it made their body hurt 'cause of the weather, you can see them in the rain in the jacket shoot video in their channel.
the mv for warm hole is so cute with their outfits and the album is amaaaazing, I'll update the post whenever they upload it online or make a new one whatevers. 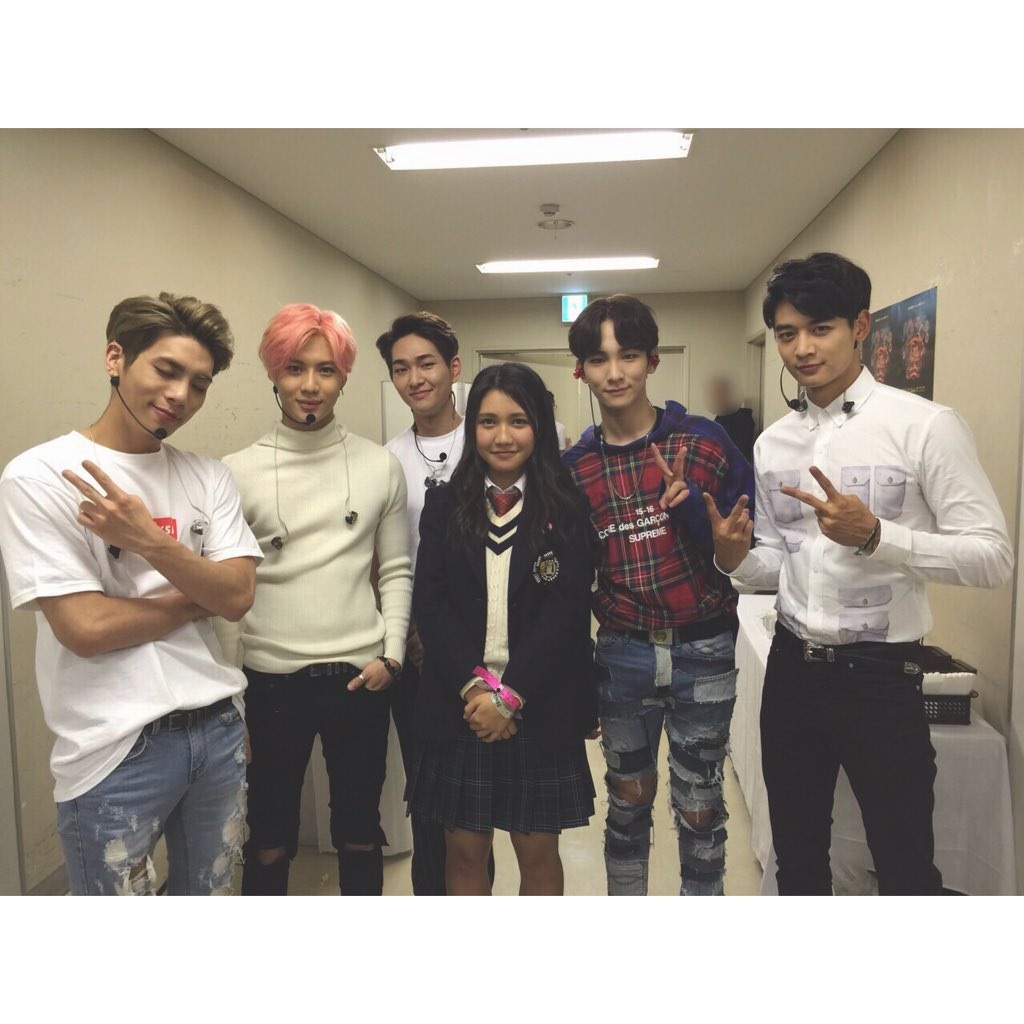 so, shinee's been pretty busy over the last week and a half with group activities (for the first time in almost a month before that): multiple fan events, multiple concert / festival performances, a shinee world concert, and personal schedules. everything winds down after the end of this week and they're moving into relax mode (thank god) minus taemin who's apparently maybe possibly the next comeback from sm, but i figured i'd throw together a post to get everyone up to speed of how they've been lately:

i could direct to a ton of airport pictures as well but they've legitimately been at different ones a good six times over the last week so it'd take... a lot, lmao.

Agency DR Music has announced that the girl group RANIA has recruited a black member named Alexandra to group. Xiumin hopes it will reach 20mil views (it's already over 10mil 🎉), so help out by streaming on official channels!

this is just a segment on the history of survival shows and what goes on behind the scenes
but imo throughout the whole thing she definitely shades idol rappers and show producers lol especially when she talks about mnets editing and has to hold herself back
also at the end she invites you to comment on the video if you want to ask her anything specific.....u know what to do >:)


KittiB is about to give us the law of the land and I'm lit! Also, goodbye Heize.

You can choose to enjoy this special clip of her performing it before you read the rest, I guess

[Lyrics]
Lyrics of Zeze:
It’s amusing
Look at the tail of your lips rising
I can tell by your laugh
You’re definitely mischievous

Right now, above your head
There may be a floating sun
But I vaguely see
Dark clouds filled inside you


[Analysis of ~Lolicon concept~]
IU's interview: "Zeze in 'My Sweet Orange Tree' is a character of hypocrisy. At some points, he's described as "angelic kid, kid with a shining mind" but at other points, he's described as"I've never seen someone as evil as you. You're hopeless." He's innocent but also cruel. He makes people dislike him because he's too playful. The story makes sense because Zeze is young. Zeze as a character is full of hypocrisy, that's why I found it charming and sexy. I got caught between the kid's two sides but I kept cheering for him and loved him until the end of the book. I thought he was amazingly charming. The lyrics are about me talking to Zeze from Minginui's point of view. I considered a lot to write the lyrics. I wrote the song with a lot of possibilities of interpretations."
However, if you read the book, you cannot say that Zeze, an abused child, is cunning or sexy.
-
An amateur photographer also pointed out IU's lolicon concept:

The books behind her are "Leon, Delicate, Discipline"
Leon is a famous film with a lolicon concept. Delicate is used to describe a "weak girl who is easy to be tricked sexually" in lolicon context. Discipline means an adult man disciplining a girl sexually. The three words are infamous clichés of lolicon.

[Netz speak]
Pann: IU definitely has to give a feedback to this
1. [+380, -56] Woah fuck, I'm getting goosebumps... Wow... so dirty... She's a bubble for sure ㅋㅋㅋㅋ Innocent, my fucking ass~ It wasn't too long ago when she sang songs written by other composers and shook her butt. I knew something was wrong when she suddenly started to act like an artist. Bullshit. I hope many people would read this post.
2. [+374, -20] Wow, it's my first time of seeing Zeze lyrics. Who the hell wrote them? The kid was abused extremely cruelly by his dad and the lack of affection made him rebel. She sees this as charming and sexy??
3. [+354, -18] It's not blowing up because it's IU. If it was an other artist, they would've became another Yewon.
4. [+174, -7] I've always sensed that she's sexual. I think she likes lolicon concept.
5. [+141, -10] I also heard about plagiarism accusations of Leon. I'm not sure if it's just me but it sounds really the same... You can sing the song with the background music. Labelle - Open Up Your Heart.
6. [+131, -5] "I'm going to be a moist woman" ㅋㅋㅋ What's wrong with her? Just do an obvious sexy concept like Hyuna and shoot a nude pictorial. Lolicon concept is disgusting.
7. [+128, -3] Did you guys know that Zeze is also accused of plagiarism? ㅋㅋㅋ Fuck
8. [+115, -0] Minginui is a tree who is Zeze's friend and knows Zeze's mind. How can the lyrics be from Minginui's perspective? And Zeze is only five, it's a bit wrong to call him sexy.
9. [+99, -1] This is from IU's album cover. This kid seems to be Zeze and he's wearing fish stockings and is posing like a pinup girl ㅋㅋㅋㅋ Obvious shotacon, isn't it? I don't understand what she intended when she wrote the lyrics. What she says is a complete misinterpretation ㅋㅋ Did she even read the book?

iKON will come back with two digital singles on 11/16. The first single to be teased is the rapper subunit song 'Anthem' by Bobby and B.I.


[iKON for Tale Runner]Tale Runner is doing a collaboration with YG and their muses are AkDong Musician, Byungjae, Youngmi, and iKON 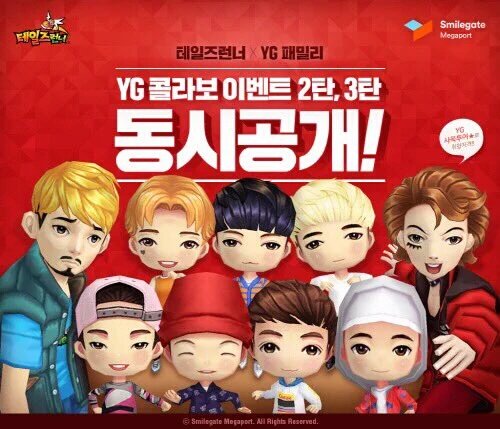 I love the "Welcome Back' game series so much. I was waiting for the latest fan meeting behind the stage to come out but instead we got a teaser. YG groups do solos on their albums pretty often but subunits happen alot too. Brings back memories of We Belong Together and Please Don't Go. Interestingly enough in the 4th and 5th Welcome Back games most of iKON is complaining about being in pain because of recording.

this is so beautiful *_* album out today!

EXO′s debut Japanese single Love Me Right ~ Romantic Universe ~ is ranked number one on the Oricon Daily Singles Chart as of November 2.

Although this is the 25-year-old’s first official solo EP in his 9-year musical career, he has already proved his singing prowess by participating in the background tracks for television dramas such as “You’re Beautiful (2009),” “The Heirs (2013),” “Bride of the Century (2014)” and “Modern Farmer (2014).”

In April, Lee surprised the judging panel of TV program “King of Mask Singer,” where a masked singer has to be identified by his or her singing and technique.

Lee’s group F.T. Island debuted as a quintet in 2007 and immediately rose to fame with hit-song “Lovesick.” They recently finalized their eight-city-thirteen-concerts Japanese tour with their latest album “Puppy.”

Sorry mods accept this one, I wrote a different title in the last submission and I can't remember if I changed it to this one (probably didn't)

Mid-november... fnc where art thou

- Ep.101: [Changing Fear into Courage] The triplets are in the army! Ilkook is worried and he tries to sneak in by a disguise. The twins have become doctors! They wear the doctor's white coat, stethoscopes and even glasses! They also try some Indian food. Sarang tries to earn the yellow belt in taekwondo. Will she be able to get it? Jion is in love with eggs now after bananas. Taewoong and Haejin tell her to not break the egg. Will Jion be able to keep the promise? Seola and Sua have transformed! They have straight hair now and they even got their nails done! Look forward to the twin girls' makeover! And Daebak gets his first haircut ever!

daebak is the most easy-going baby on the planet lol. the twins' segment was so intense, poor things. jion has really come out of her shell since the start of the show, i'm gonna miss her when she leaves They dressed as Gryffindors for the fanmeeting on 30 October 2015 Zico's part is very small in case you're wary. Also he dressed normally, lol—in case you're wary about that too. There is something kind of haunting about this song that I like. I really liked his past songs I listened to and am looking forward to his stuff going forward. Are you ready for Korea's newest crooner/song writer of your faves turned solo artist to come into your life?

please give these babies a chance!!
Collapse