boyfriend recently had their 5 year anniversary and while they released a korean song called "to my best friend" to celebrate, they didn't promote it much because they were busy promoting their new song glider in japan!

minwoo said in his instagram post today that glider promotions have officially ended and boyfriend will be returning to korea! ♥️ 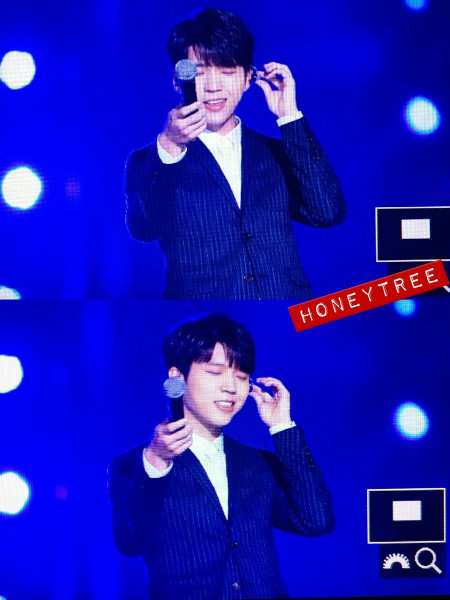 Woohyun's new performance on Sugarman. Perfectly within his comfort zone, one of his best vocal performances.https://t.co/NONgL4mxBm

[Why people got emotional] 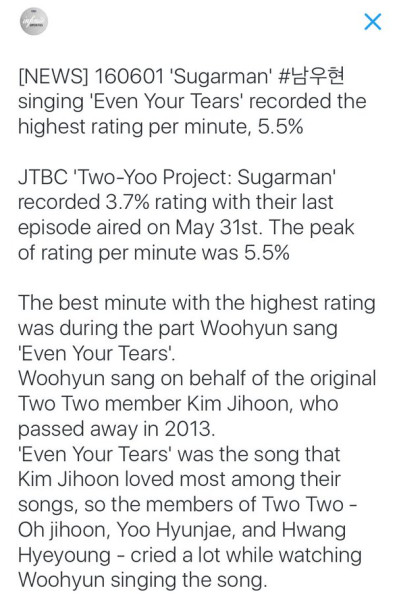 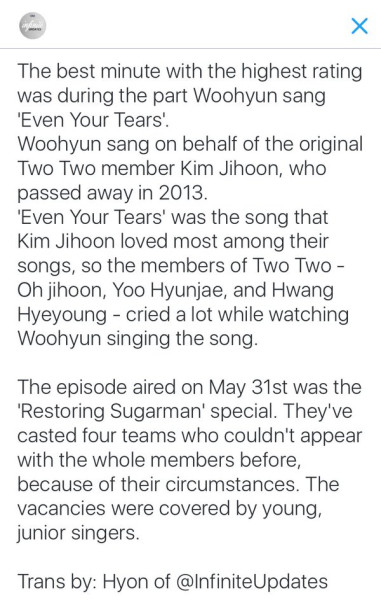 lol the company backtracked about the "1 mill" download mess

for real this time you guys!!!

[short summary and translation of video] 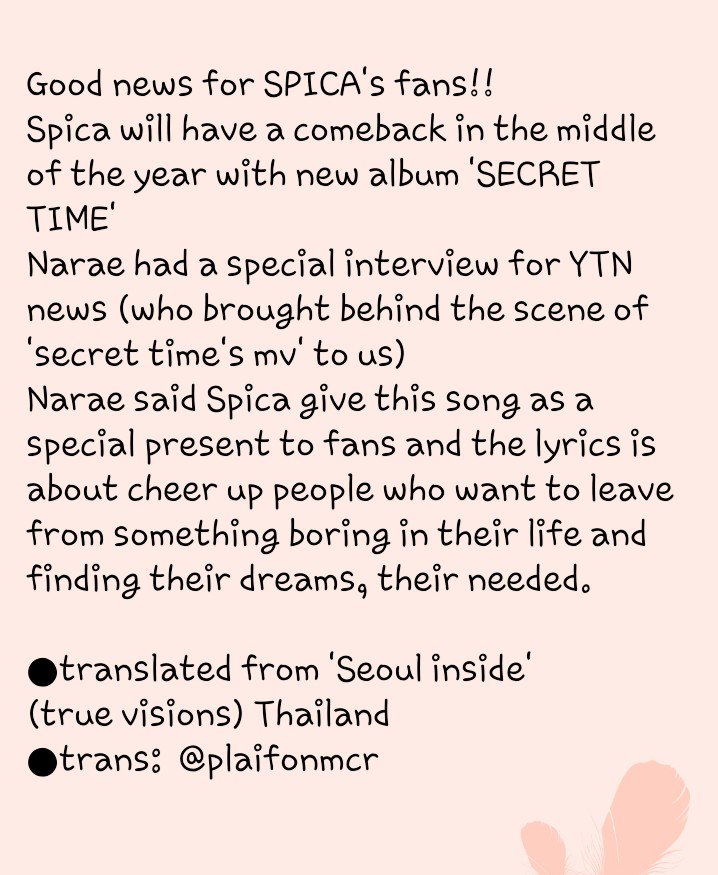 [+1 pic]
the original IG post has been deleted, but his caption "6월 컴백을 앞둔 스피카와 함께" = "With Spica, who have an upcoming June comeback!" 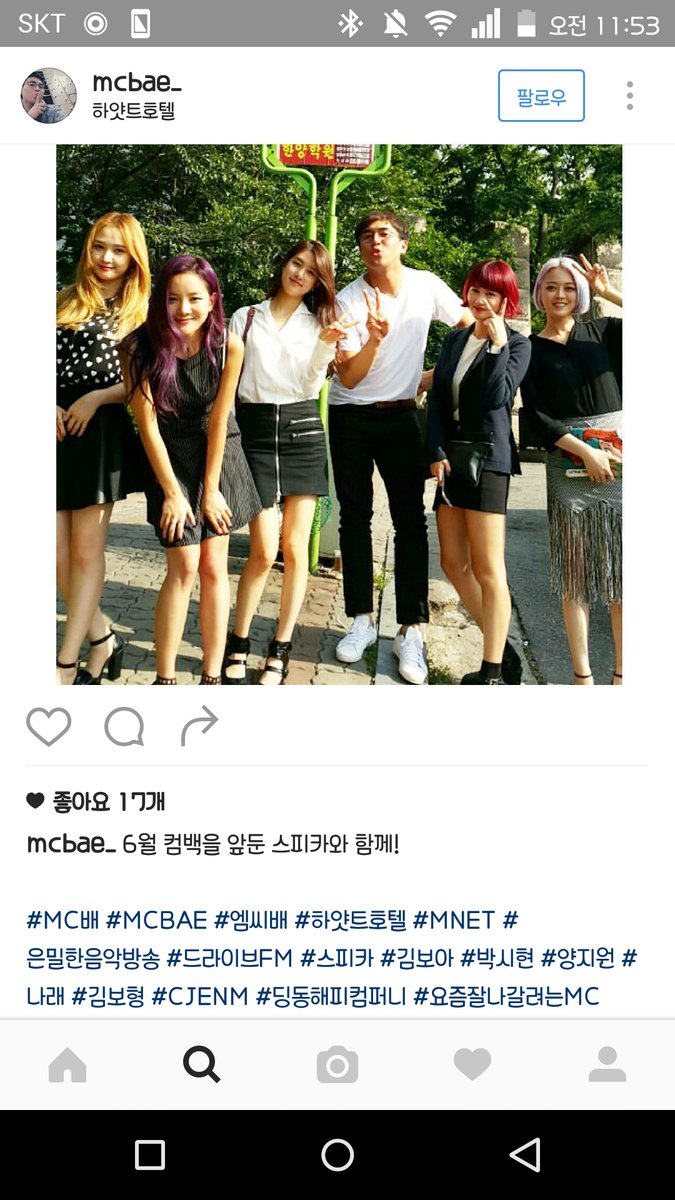 I'm not too keen on the styling (Tonight era was their peak tbh) and upbeat song (BALLAD PLEASE) but I know I'm going to love this anyway. the message seems like it's a cross between Tonight and I'll Be There :') #healingdols PLEASE SUPPORT THEIR COMEBACK EVEN THOUGH SIHYUN'S HAIR LOOKS LIKE A TERRIBLE WIG!!! Girl group DIA is coming back, complete with member Jung Chaeyeon who has been promoting as part of the temporary girl group I.O.I, and it releases new teaser images today.

There is a group teaser image of all the members, as well as for members Jung Chaeyeon (Chae Yeon) and Ki Hee Hyeon (H Hyeon). 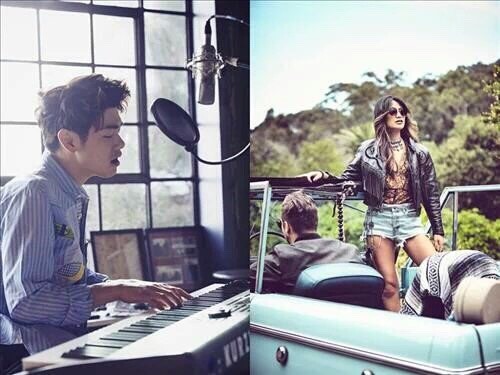 Eric Nam will be releasing a new track in collaboration with EDM duo KOLAJ from the United States!

On June 7, his agency CJ E&M confirmed that Eric Nam co-produced and helped write lyrics to their new duet, “Into You.” It will be released on June 9 worldwide through music sites and other outlets such as iTunes and Spotify.
( Collapse )
( Collapse )

Album is pretty nice, 'Favorite girl' or 'Heartless' should have been the title track imo 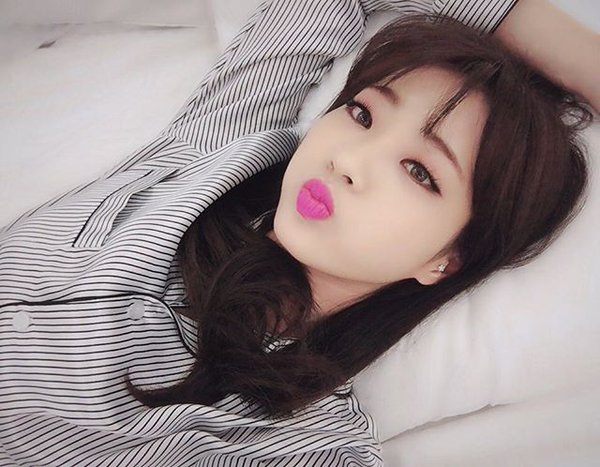 9MUSES’s Kyungri speaks up against rumors claiming that she is a chain-smoker.

On June 6, Kyungri directly addressed the rumors on her personal Twitter, “I may drink, but I do not smoke. Do not spread rumors. No matter how sexy you may think I look… In contrast to how I look, I’m mild.”

In response to comments accusing her of antagonizing people who smoke, she posted a second tweet, “I don’t think badly of people who smoke. There are people around me who I like that smoke frequently. It’s your right, and it’s not my place to say do this or that.”

She continues, “All I wanted to say was that I am a milder person than you think since I was hearing all these rumors. I hope that no one misunderstands.”

(cr)
have you ever been accused of something based off your sexy appearance, omona? EXO's 3rd album EX'ACT is going to be released on the upcoming 9th of June, through various music sites like Melon, Naver, genie, etc. The album contains 9 tracks of electronic music, pop, progressive R&B and etc. Various composers like Kenzie, Deez, LDN Noise, The Stereotypes, and Dem Jointz participated in the album.

The first three character teasers are just tiny snippets of each of the main characters, but already it looks mysterious and stylish. Jeon Do-yeon’s teaser alludes to her suddenly being thrown in the public eye because of her husband’s scandal, and she says in voiceover: “I’m going to find it, not for you, but for me.” Yoo Ji-tae says, “Trust me. I’ve fallen into a trap.” And Yoon Kye-sang seems to be directing his voiceover at Jeon Do-yeon when he says, “I chose you, because you’ll do anything to win.” All three teasers end with the tagline: “His scandal, her story. The Good Wife.”


Trans: Thank you for all those who wished a happy 6th anniversary to SISTAR! 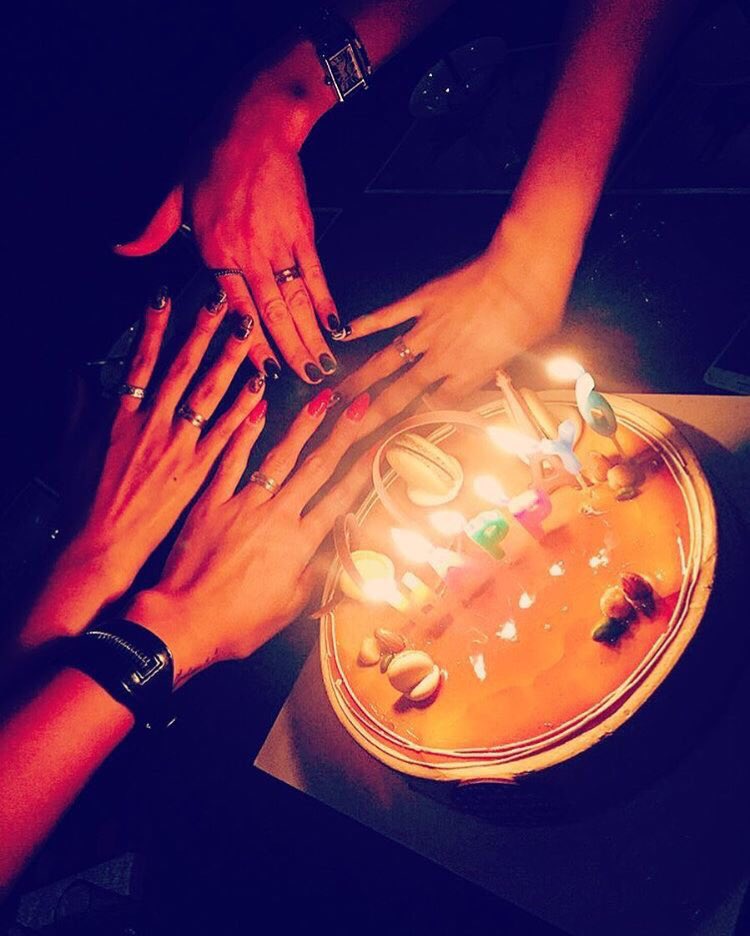 [messages for star1s on sistar fancafe] 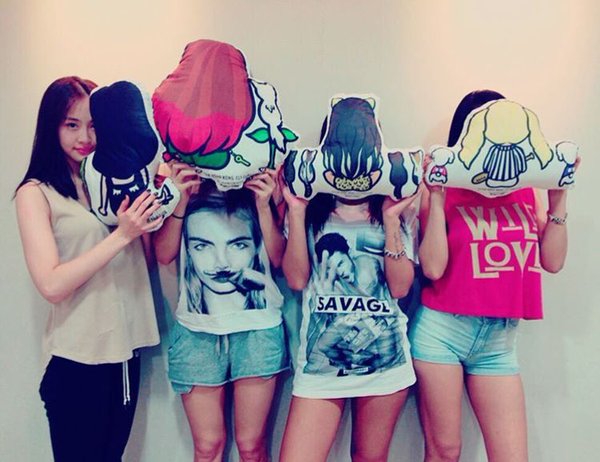 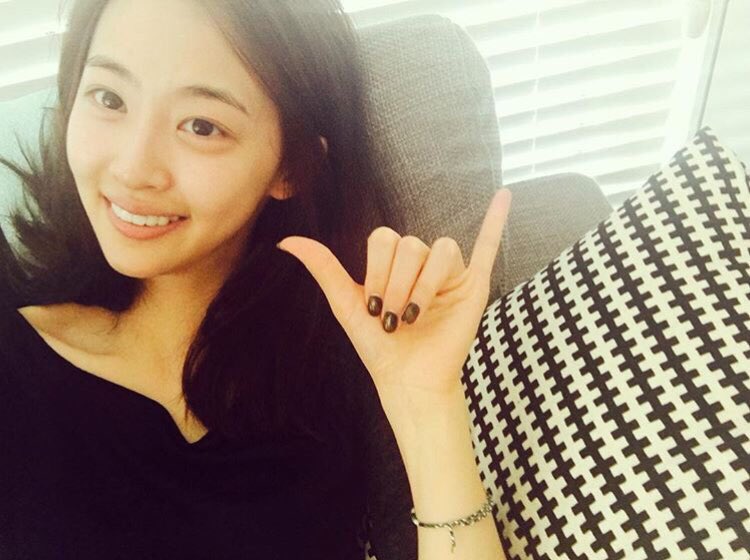 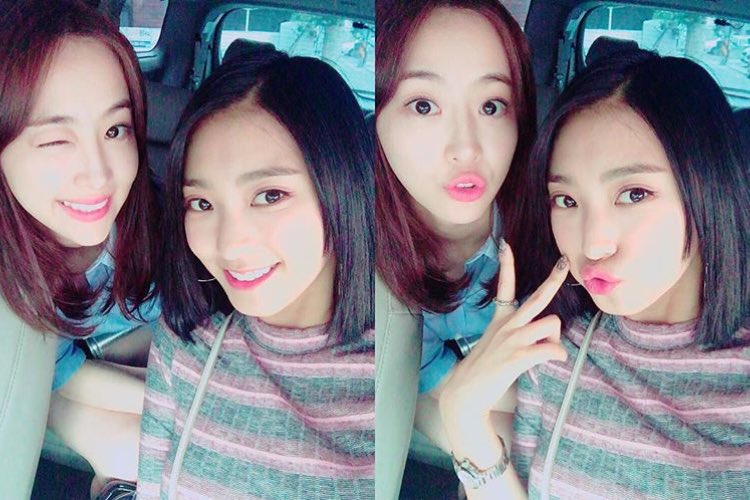 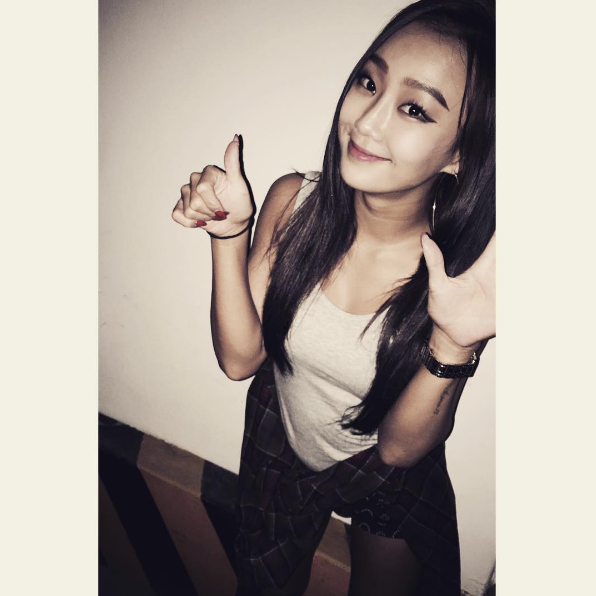 xhyolynx: Thank you support us for 6th years❤️ love you guys👐 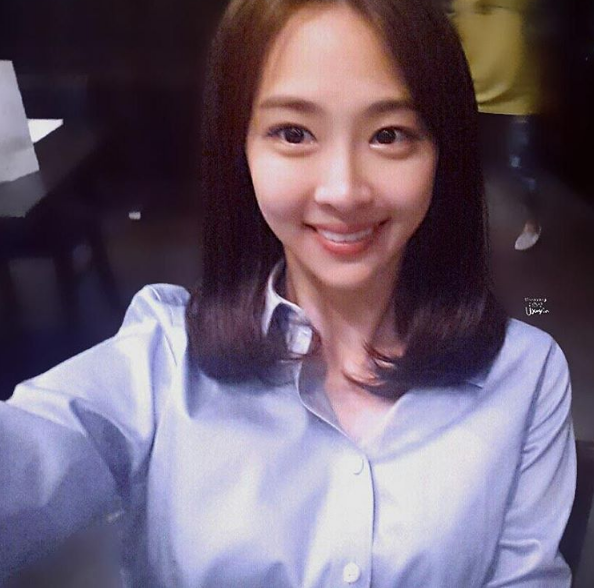 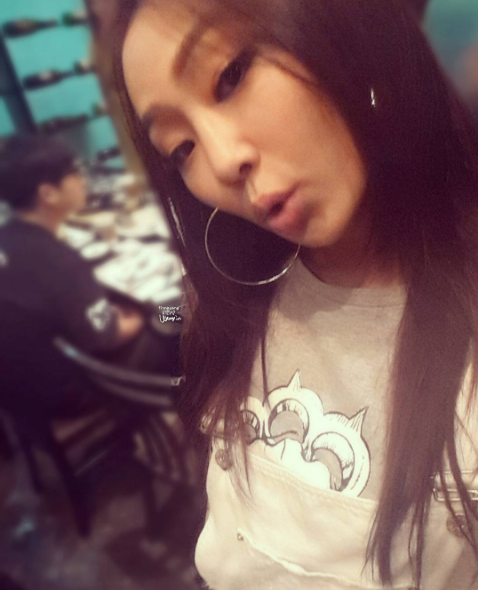 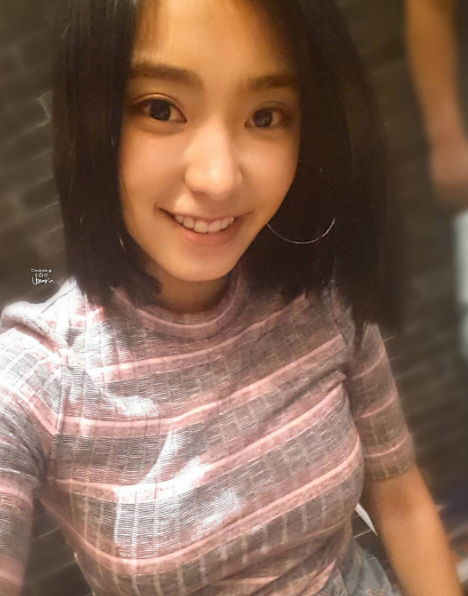 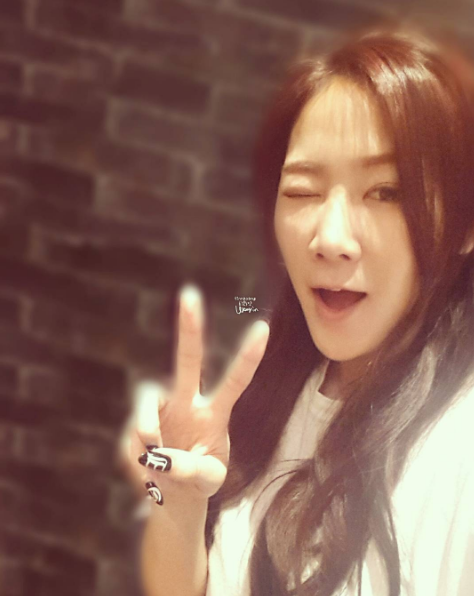 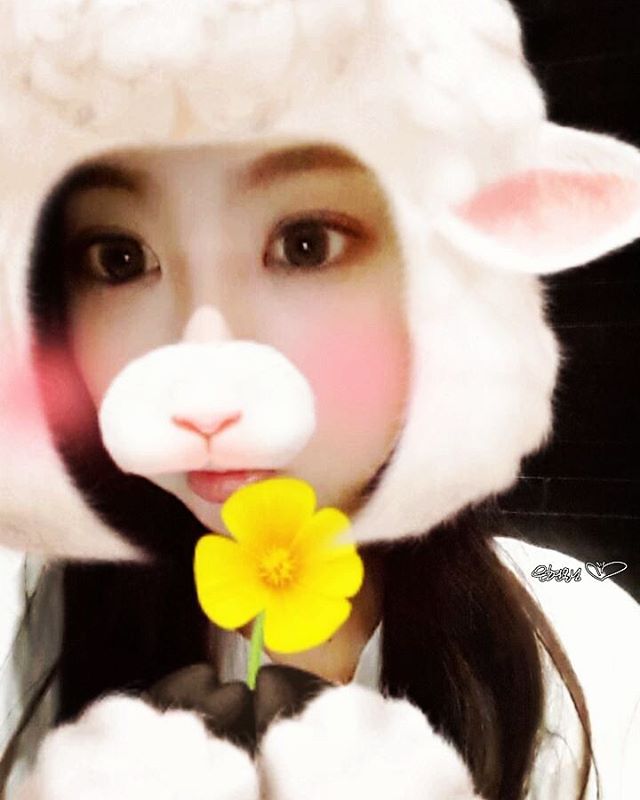 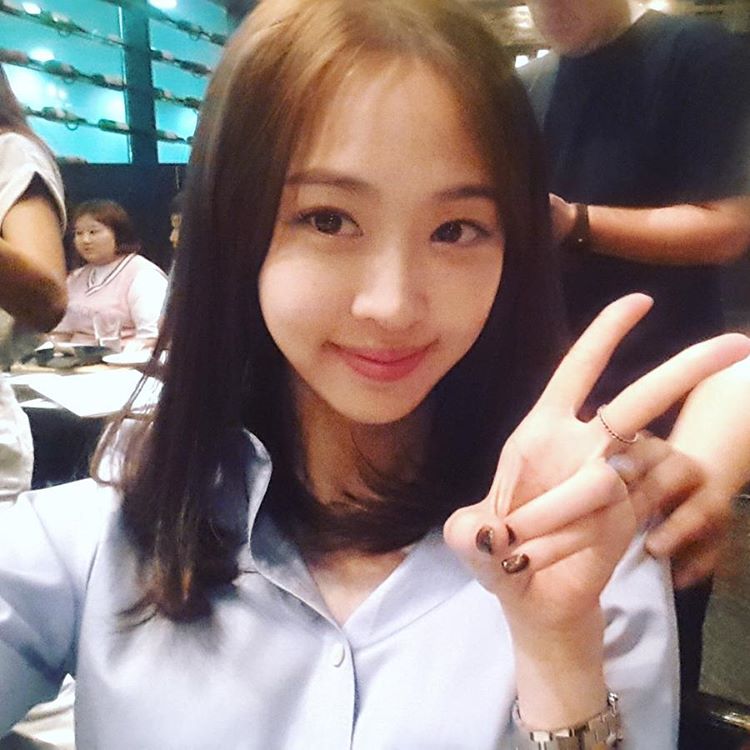 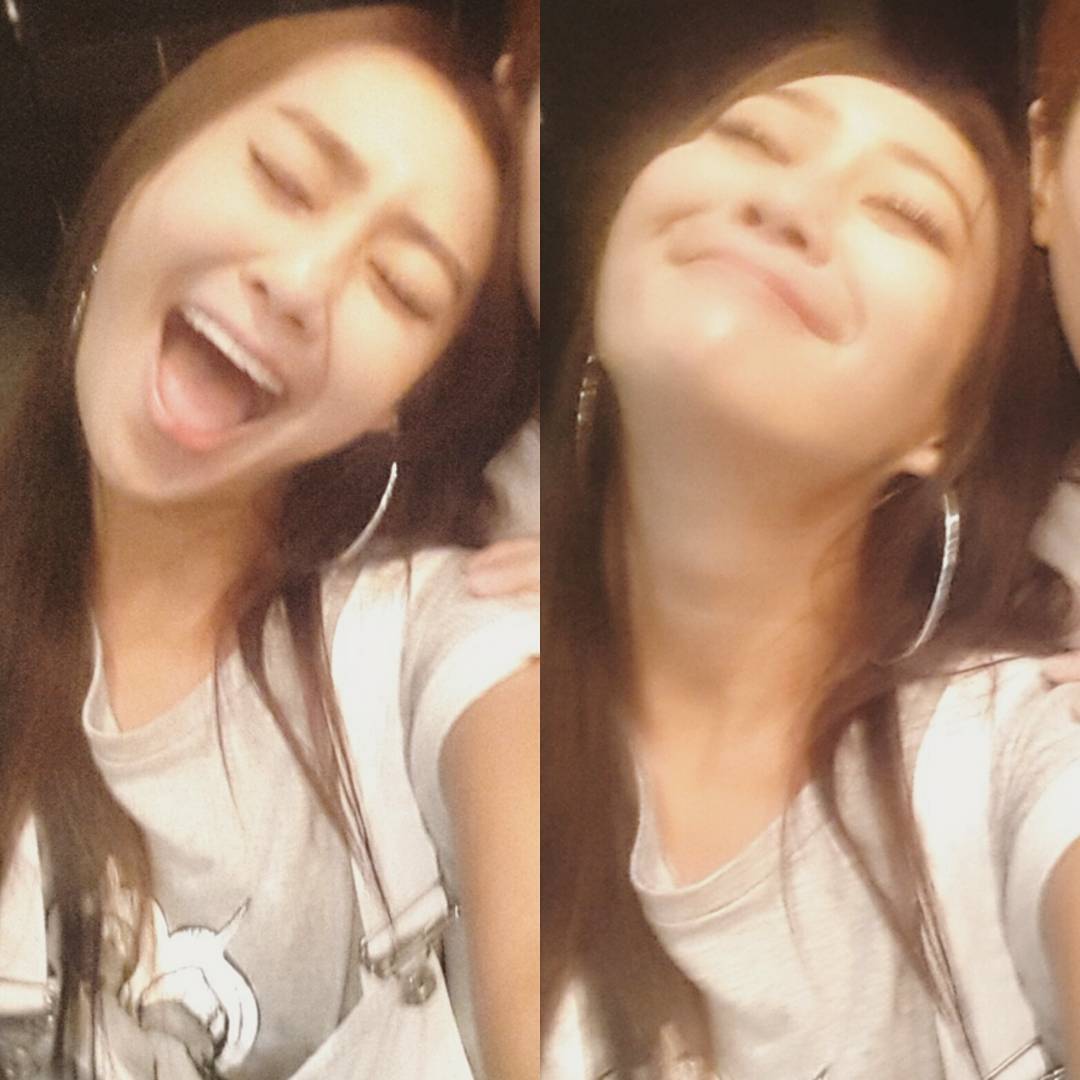 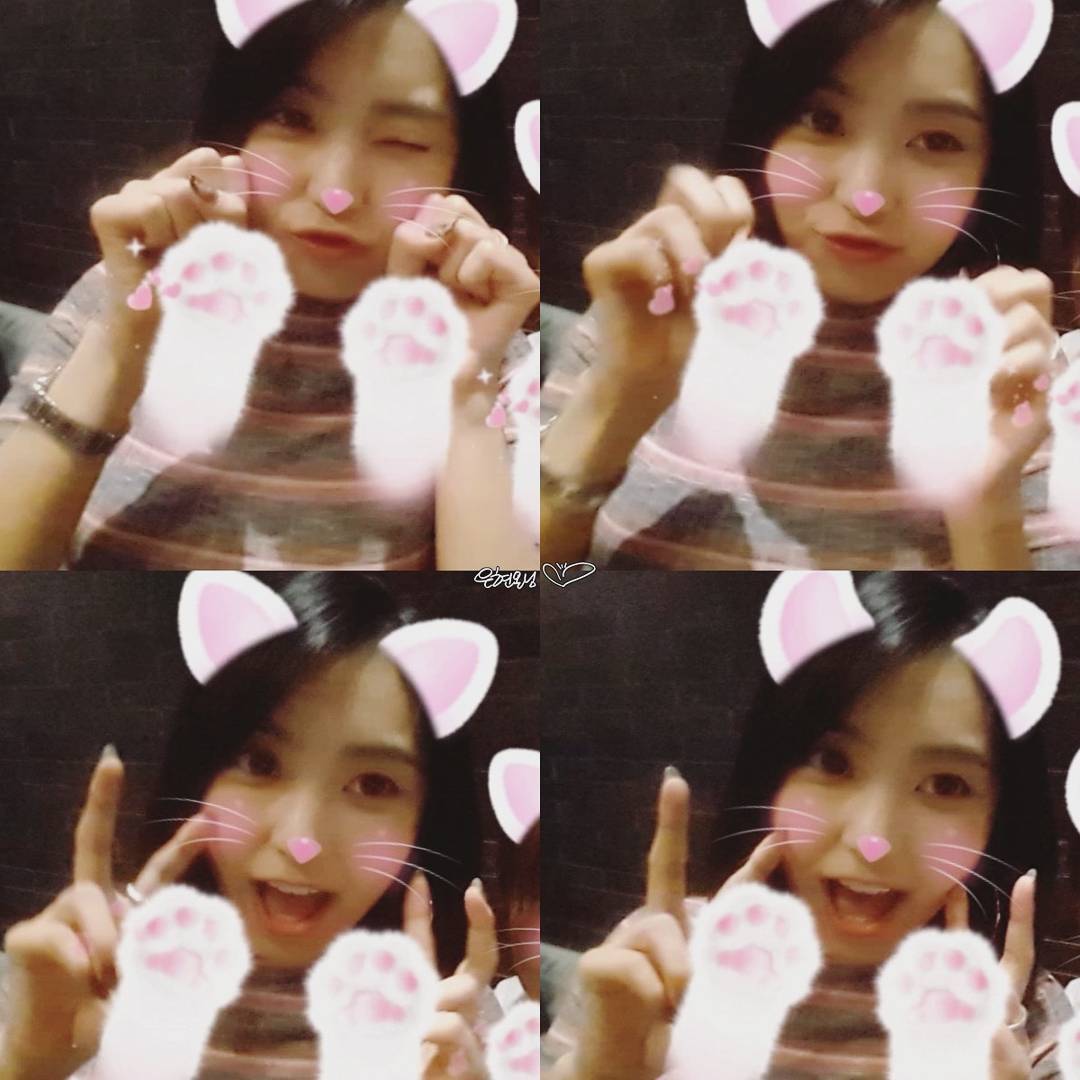 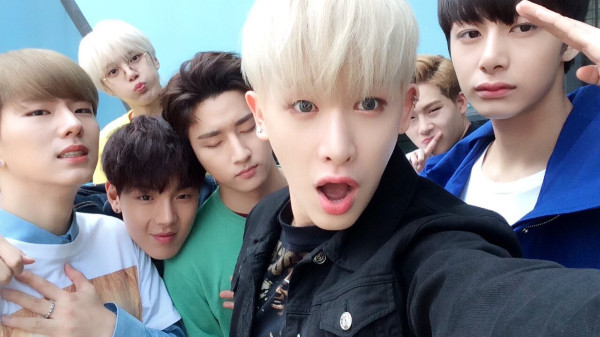 plsstan these visual & talented kids, tyfw💋 also can we get a monsta x reality show pls

Our sixth episode of the podcast focuses on the solo debut of Jessica and the comebacks of MONSTA X, AOA, Jonghyun, and Baek A Yeon. Ploy, Casey, Leyla, and Manhattan all share their insights with the always hapless but well-intentioned host, Ian.

Huge thank you again to

cosmopudin for joining us for this episode! We're going to be chatting about EXID, EXO, among others this week if anyone is interested in joining! A recently posted picture of Kim Jaejoong that shook everyone

The photo was posted 6 hours ago, and it is going viral among Korean "muggles" on Facebook with currently 29k likes and 2.9k comments

Everyone is talking about this because he’s seriously so handsome in this picture.
For your information, he didn’t even have make up on his face when this photo was taken. 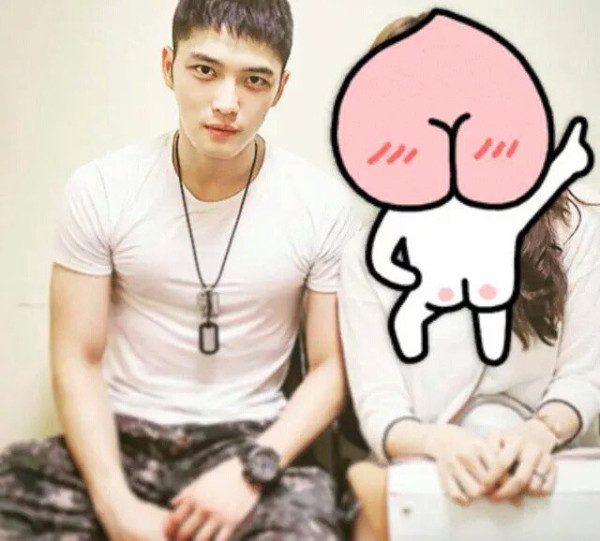 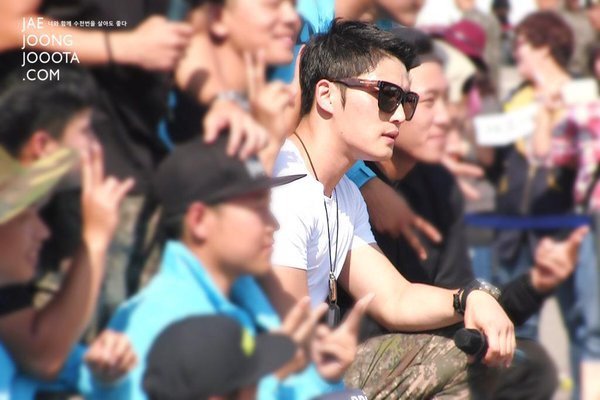 Facebook Comments:
[Reaction by soldiers on FB] Jaejoong’s plan is turning every soldier into a squid. Kim Jaejoong please be discharged ASAP!!!

-It’s not even a picture for musical show’s poster..

-As expected from Kim Jaejoongㅠㅠㅠㅠㅠ

-Whoa.. His skin is still perfect..ㅠㅠ

-No make up and no photoshop but the picture still came out that way.. He’s not a person…

-What in the world…

-It’s a visual that doesn’t make any sense..

-He was born to be a celebrity..

-I thought it was just an edited photo….

Seriously handsome! And this is with no makeup!

[Reactions1]
Wow, no makeup? How?
Wow, it’s too much, too handsome
How can a human being look that handsome #김재중

[Reaction3] Looks like a fanart but no! You sure he is human? Who can look this good in ID photo? Album jacket? #김재중

[Reaction4] I’m another idol’s fan but want that photo Daebak! CG! Can be his album photo

Translator’s Note: So many comments; can’t translate all but are all praises for his out-of-this-world handsomeness/flawless skin #김재중

U-KISS’s Eli has become a father!

On June 7, an inside source revealed that Eli’s wife went into labor and gave birth to their son today.

The insider said, “The mother and child are both healthy. Eli is very happy.”

Eli previously revealed that he and his wife had registered their marriage in June 2014.

In an Instagram post, the U-KISS member opened up about having dated his wife for five years and that they were expecting a child.

Meanwhile, U-KISS recently made their comeback with their 11th mini-album “Stalker.”
Congratulations to Eli and his family!


A comeback and a baby in the same week, Good Lord, good luck! Health and happiness to the baby. How's AJ doing? Anyone know?

The girls chasing the fans was funny. Also, Mijoo/Jiae running off on their ownto have fun. lol

WGs new song will have a bright 70s band sound. It will feel like mixture of digital and analog acc. to this article https://t.co/xnU4EvhYee

The new song has a 70th band sound and there will be a limited edition of 7-inch pink colored vinyls with the song. The title track could be translated as 'To the Beautiful You'. (x/x)

Edit note: I want to clarify that there is some people saying this is a pre-release track and some other people that this is their comeback song. 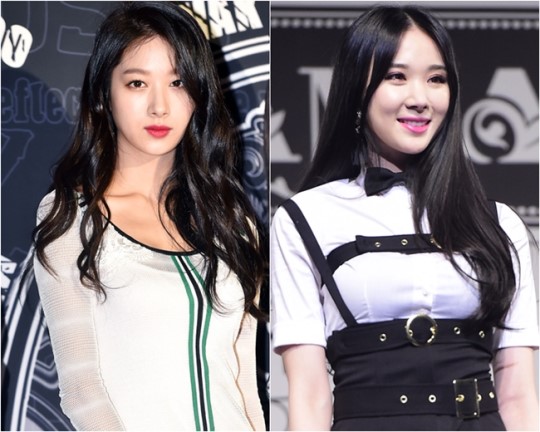 After the announcement of Minha and Euaerin leaving the group, 9muses plans on having unit promotions with a planned comeback in Summer.

NO 9M BREAK IS EVER SAFE! WHEN WILL WE CATCH A BREAK?!?

FULL EP DOWNLOAD it's a TS file, download only. it doesn't work for me to see it/dld it, maybe it works for someone else

DOWNLOAD LINK it's a TS file, download only. it doesn't work for me to see it/dld it, maybe it works for someone else

source: anki_manika 2 | myeonfinity
will try to keep these updated for the next few days in case anything gets taken down. my advice is to watch it as soon as you can lol

did you watch anything live? which was your favourite broadcast?