i am super duper sorry for posting this a week later i recently got a job hence why i didn't post it as soon as it came out. thank you to the very few people who got to enjoy these superstar k hyungs in their natural habit. share your favorite moments of them from celebrity bromance in the comments section & we will cry together and laugh like junyoung together!!

p.s: as always, press the cc button for subs ^^

Bora was hurt while practicing :(

[Song Mino Upcoming MV Was So Racy Before Final Editing That It Made Yang Hyun Suk Laugh]
With less than a couple hours left until the release of WINNER member Song Mino’s solo debut track “BODY,” news outlet Star News has reported that the song’s music video had to be edited to make it a bit less racy.

A high-ranking staff member at YG Entertainment told Star News on September 7, “Song Mino’s music video for ‘BODY’ was filmed twice. The results of the first completed video were not satisfactory, so the 100 percent completed video was discarded and it was filmed again.”

They go on to share, “Before the music video for ‘BODY’ was filmed again, Yang Hyun Suk told Song Mino and the crew, ‘The song itself is very sexy, but that didn’t come out properly in the first filming, so this time it would be good if it was filmed in a more sexy way.'”

“However, that time, Song Mino went overboard with the sexiness and the music video was too racy, to the point that it made Yang Hyun Suk laugh,” they add.

Song Mino’s track “BODY” will be released on September 8 at midnight KST. The version that is set to be released at midnight will be an edited version, and the representative says there are plans to release the “original director’s cut” as an R-rated version later on.


[Kang Seungyoon reacts to Body MV, and we can relate] 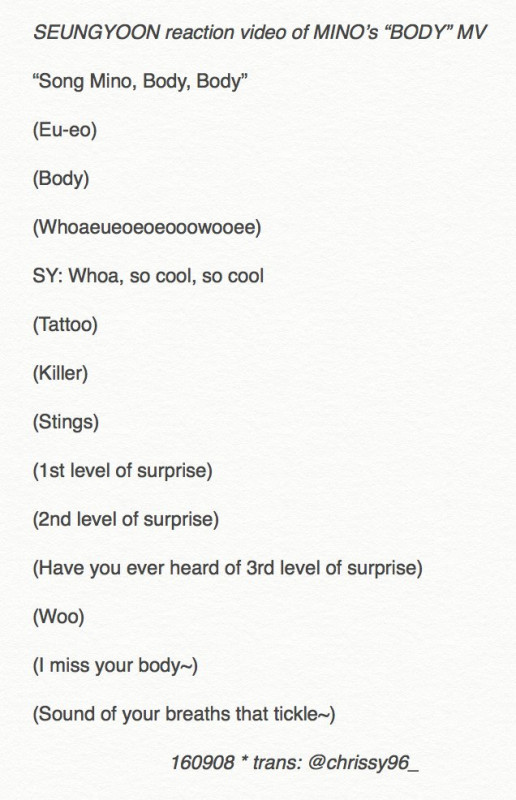 so who's ready for the Rated-R version of Body?
not me, I'm still dead from this version

Hi all! I'm so sorry for the lack of posts in the prior weeks. If you ever feel like rounding up your own compilation post in the absence of the regular posters, please don't hesitate. My inbox is always open for your questions.

Source: Gain
I just looove the retro feel in this and she looks
so adorbs, imma die ;A; 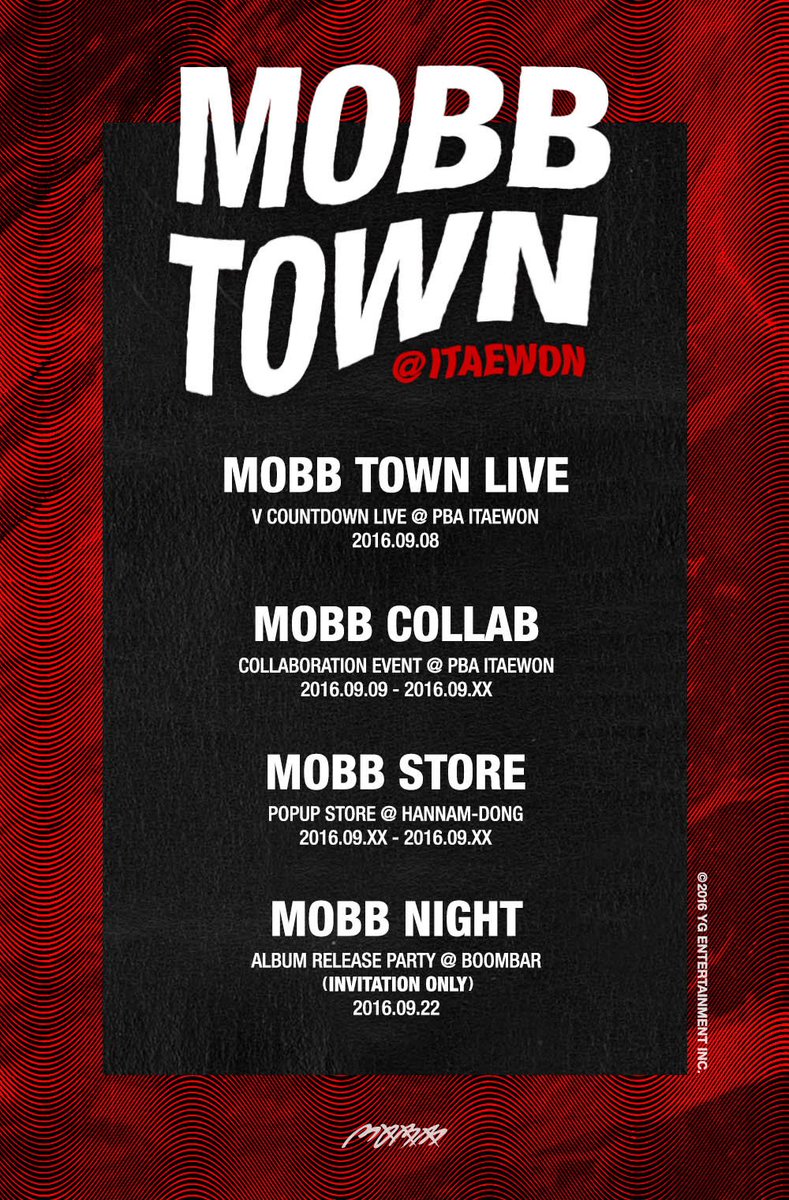 Click on image to go to VAPP and cute

L.O.L. at Lee Junho defending JYPE. The fact that 2PM are to intuned to the way their fans feel about the label is incredible.

Source: 1theK (원더케이)
I love this so effin much omfg it's perfect, QUEEEN.
The song/mv is apparently about Gain being dead and her soul wanting to enjoy their 'last day', the old man in the video
that then appears younger, is the husband. The video shows a young Gain reminiscing about her youth with her husband on her 'last day'.
Brent Fischer, a Grammy Award winning producer and arranger,
wrote the horn arrangement for Gain’s carnival!

It's becoming more real by the second guys. It's really happening.

Japanese DJ Ksuke, who had his debut at UMF Korea in 2014, has released a collaborative single with Amber.

so, kind of out of nowhere today, m!countdown aired a special "coming soon" teaser for "hot" comebacks slated to happen before the end of the month. the video teasers with five big upcoming comebacks: 2pm, a pink, got7, infinite and shinee along with a marking of the number of times each artist has won on the show. a bit random but more hype for the big comeback season upon us! what comebacks are you most excited for of both the ones listed and the ones that aren't?! (ie: dal shabet, crayon pop, etc.) The last look with his hair up-ish <3

So this is my first post here and I hope I'm not doing everything wrong but I couldn't find any post on DW's teaser and I felt it was my duty to remind everyone that he's not only an angel but also a gorgeous human being. Also, his pic is probably the best so far.

Source: Kpop Blog
tbh I love everything about it, I have a new alarm- that instrumental is beautiful.
Gain wrote the lyrics for the 3rd song O/

watch these for a better view of the choreo
( Collapse )

wendy is so tiny now, hope she's taking care of herself 😢

'I Wanna Fall in Love' sounds really good so far imo, and the preview for 'Bobby Doll' has me shook! I'm really looking forward to it!

fun game: take a shot for every dab they do in the vlive countdown! (jk don't. you'll die.)
Collapse