Cho Yoon sings, Rachel and Suyeon just talk. Miso does a dance which is not age appropriate (she was born in 2000, she's literally 16).

The event will take place outdoors at Nanji Hangang Park in Seoul from Oct. 1-2.

I'm absolutely in love with her performances
and the outfits omfg ;_;

Love their lacy red tops - sexy indeed. Well, that's it for Fantasy promos but we'll probably get another comeback before the year is over.

Sorry I'm late. I'm also a bit drunk but I can still see that Woollim needs to take it easy on the Photoshop. Hopefully this means the MV teaser is next.

On September 7, a source from the idol’s agency FAVE Entertainment confirmed the news, saying, “Song Kyungil recently received notice of his admission into the the police promotional unit. The enlistment date has not yet been revealed, and we are waiting for it.

[Cont.]
The source continues, “Song Kyungil will be fulfilling his military duty as a conscripted policeman. He will enlist according to the date [of his enlistment].


Conscription in South Korea is mandatory for all male citizens between the ages of 18 to 35 years old. As a conscripted policeman, Song Kyungil’s service period will likely last 21 months.

This timing is so unfortunate, they're finally starting to build some momentum... Also, does this mean we're going see even more of Yijeong topless now that Kyungil will no longer be around to flash his abs?? Smh.

I'm so angry because now I just want a WooJunit. JYPE why are you doing this to me?!


[You Lift Me Up: Special Sunggyu Stage with Jun.K, Solji, and Solar]

I missed them so much I could cry.
Just about one more week till their comeback!

I'm emotional cause they're emotional! :(
Does inkigayo just not do encore stages? I was really hoping to see some BP x MOBB interactions. #bobsoo

At least we can count on YG to give us some really cool stage sets.
And look at all those Winner and iKON lightsticks together! It just warms my winkon heart. :')

edit: the song is called "Dancing King" and is SM Stations newest song. release date is the 17th next week, same day as infinite challenge broadcast! 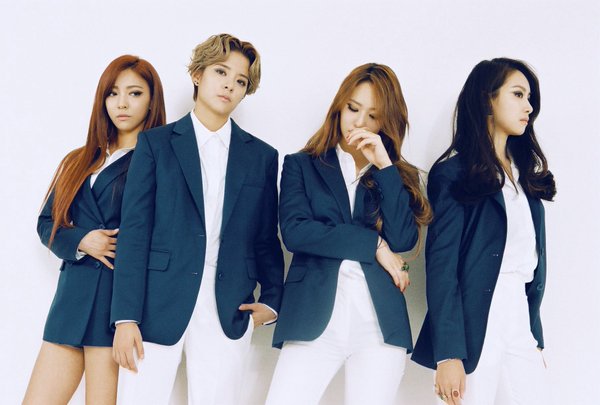 SM should've promoted them in China when they had the chance
This is probably the closest thing we're getting to a comeback this year so rejoice fellow MeU's!