honestly just made this post so i could chuckle heartily at those 1of1 outfits.

The episode comes out October 12.

Heechul said that his dog looks like sunggyu 😂😂 pic.twitter.com/METIFVBFuK

this is my first post, i hope it's okay!
please give sf9 lots of love (o〃^▽^〃o)

(p.s. mods, could we have a sf9 tag please? thank you and sorry for the trouble!)

Girl group HighTeen has a dropped teaser video and member profiles in anticipation of their debut.

Along with the teaser video for their first mini album, the HighTeen’s agency Illusion Entertainment also released a profile video showcasing each of the four members, HyeJoo, Hyebin, EunBin, and Se-A.

HighTeen previously caught media attention with their claim to be an “all-natural girl group,” meaning that none of their members has had plastic surgery.

In an interview earlier this month, the girls dished on their decision to not get plastic surgery, saying, “None of us have gotten [plastic surgery], and we don’t plan to in the future.”

“Our agency head put us in a girl group together because he was happy with our physical appearance and said that we must not get plastic surgery. To be honest, it’s not that there aren’t areas that we’d like to fix, but we don’t plan on getting plastic surgery. We don’t want to get it.”

Lmao at Woohyun bonding with the Director. This was cute!

It is confirmed that Jackson will be joining the comedy reality show "Punk'D" along with He Jiong (who he's previously worked with on shows such as Go Fridge and Fresh Sunday). Jason Goldberg will be the head director. He was also the director for the original Hollywood show "Punk'D", an American hidden camera-practical joke reality television series that did pranks on celebrities. Being "punk'd" referred to being the victim of such a prank.

The show is a collaboration of China's producer team and America's original creator team and is scheduled to be aired on Hunan Television. They will prank 2-3 celebrities in each episode.

Jackson will be the MC with He Jiong. The recording starts at Oct 17th.
The first episode of the show is expected to be aired Nov 20th, 22:00 CST. 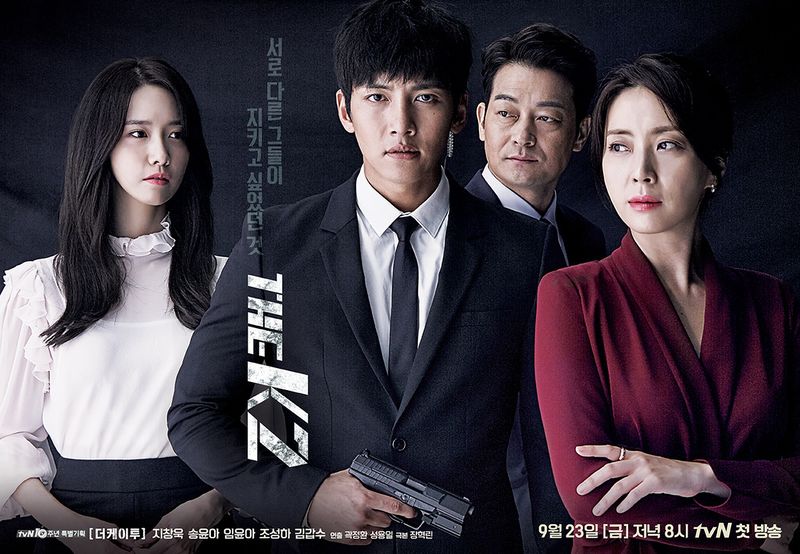 i started this drama for yoona but i'm enjoying it! absolutely love choi yoojin as a character and lmao at jeha when he watches anna with her ramen

Suzy and IU, both of whom have established their stardom early on in the Korean music and TV drama sectors, are now both modeling for soju, the iconic Korean hard liquor.

IU, 23, has been the face of HiteJinro’s Chamisul soju since December 2014. She landed a one-year contract that, according to an industry insider, was rare as the usual term of employment for promotional models in the liquor business is around 6 months.

In the following year in December 2015, Hite Jinro extended the contract by another year, earning IU the moniker “soju goddess.”

I love Chum Churum's peach straight out of the bottle, I hoarded so much when it was on sale at HMart last month. But I love HiteJinro when I'm making soju cocktails. I'm very annoyingly specific that way. Favorite soju?

Super Junior-M’s Henry and SISTAR’s Soyou are the next duo set to release a track through SM Entertainment’s digital music channel SM STATION!

On October 10, SM STATION released a teaser image for the pair’s upcoming track via Twitter, and the song appears to be entitled “You & I.” The hashtags on the tweet read, “You & I Runnin’,” as well as “I want to be together with you like this today, tomorrow, and the day after that too.”

As Henry is well known for his extensive musical talents, and Soyou has had impressive success in the past with her duets (particularly on her track “Some” with Junggigo), it seems like this track could be another hit for SM STATION!

Henry and Soyou’s song will be released on October 14.
( Collapse )
Source: soompi

Have you been paying atention to this OST lately??
( Collapse )

He will be starring alongside actors Kim Yoon Jin and Jo Jae Yoon in the upcoming film “House Above Time” tells the story of Mi Hui (Kim Yoon Jin), who was imprisoned after her husband (Jo Jae Yoon) died and her son disappeared in their home, and the events that unfold after she is released 25 years later and returns to the same house.

Any hot priests at your parish, Omona? Also, has anyone seen Asura? It just started playing here last week and the cast looks interesting.

G-Dragon’s clothing brand PEACEMINUSONE, which he launched with his stylist GeeEun, released a photo on Instagram (@peaceminusonedotcom) 11 weeks ago showing a laundry tag which states, “Do not laundry, do not bleach, do not iron, dry in shade …blah, blah… F*ck it. Just give it to your mother.” The caption for the photo states, “She knows how to do it.”

This photo has sparked arguments in the comment section, some calling G-Dragon out for misogyny, while others are saying the tag is just cute and funny, rather than discriminatory.

The tag seems to be the PEACEMINUSONE version of the existing washing label in some brands that says, “Or give it to your mother, she knows how to do it.” This version likewise has received mixed responses in past years. Some washing labels, which say, “Or give it to your mother/woman, it’s her job,” have received much more criticism, being viewed as more offensive than the “she knows how to do it” labels. One Italian clothing company was even forced to apologize after having a similar “it’s her job” washing label, although they claimed it was simply a joke.

2. [+582, -52] Even foreigners say this stuff, what's so misogynistic about it? I swear, people accuse everything of misogyny nowadays;;

7. [+16, -2] I actually find the tag hilarious, I don't find it misogynistic at all ㅋㅋㅋ And he's obviously sharing it because it's unique ㅋㅋ

9. [+9, -1] On the contrary, there are other ads that say stuff like "leave changing the light bulbs to your dad" or "leave fixing your computer to your oppa", isn't it the same thing?

Why did it give me Rain feels? 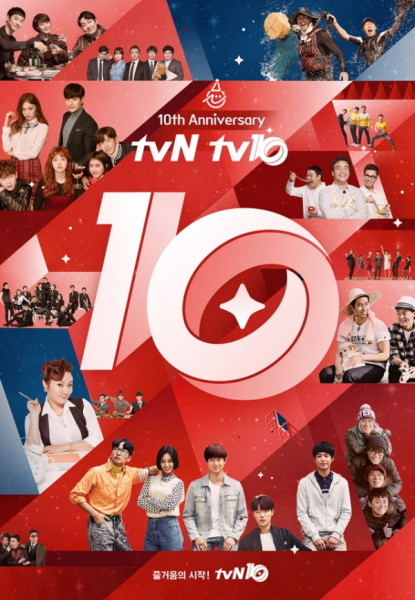 Hosted by Shin Dong Yup and Kang Ho Dong, the tvN10 Awards examined the shows that aired on the cable channel tvN between 2006 and 2016 to select its winners. Winners were selected based on 40 percent internal evaluation, 30 percent external evaluation, and 30 percent audience input. 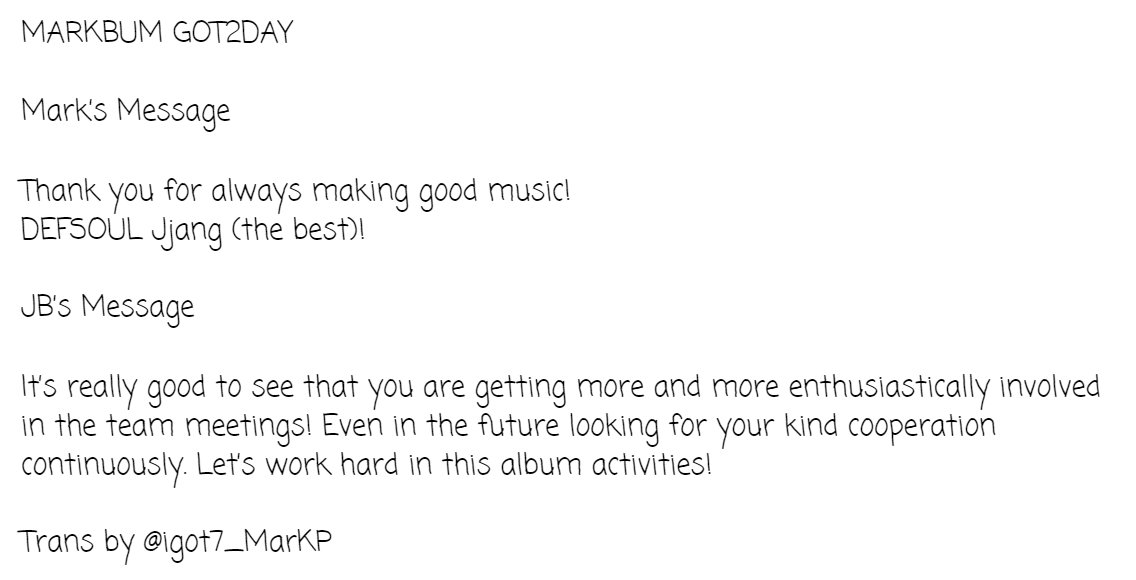 According to industry insiders on October 10, SISTAR member Hyorin is slated to feature on Far East Movement’s upcoming new album.

Hyorin joins the slew of K-Pop artists that the hip hop-EDM group will be releasing collaborations with this October, including Yoon Mi Rae, EXO member Chanyeol, and Jay Park. Hyorin will be lending her vocals to Far East Movement’s track “Umbrella,” (OP note: ella-ella-ella-eh-eh-eh) which is scheduled for release in mid-October.

Meanwhile, Hyorin is also gearing up for a solo comeback for the first time in three years in mid-October. Stay tuned for updates!

Are you looking forward to Hyorin’s collaboration with Far East Movement?

[trans] Red Velvet, “taking a break from promotions and focusing on recovery” after minor injuries from a car accident yesterday (10th) pic.twitter.com/X03xHUNOVF

i hope they're okay :(((( people on twitter are saying it's not clear whether the whole group or just these two will be taking a rest from promotions

Context: 'selgo' in korean means someone bad at taking selfies

[TRANS] 161002 BIGSTAR's Feeldog commented on this post: He sent this to you, too? This guy is so awful https://t.co/2gqNgSvsUB pic.twitter.com/3IMlEgtqkx

‘To my best friend Gwangsuk (feeldog) who used to sweep the battle floors, although we didn’t get to make our debut together, let’s all succeed and stand on one stage together! ' - Hoya

[Stages with Choi Hyojin as his partner]

"At least he's trying" hahaha these guys are killing me

Jae is now permanent guest on Arirang Radio! Yay for Day6 getting more gigs, but WHERE IS THE NEW ALBUM YOU PROMISED??

hope this is better, mods

Jinho and Hongseok Open Up about Leaving SM and YG
( Collapse )