SOURCES: TSENT2008 - BYG | HC | DH
i waited forever for ts to post these tonight... released at midnight op's time. op is now tired and editing on mobile is hard. I hope the cuts turn out.
edit: fixed first video.

CJENMUSIC official
well this is certainly different from angel!

I should be working on my NaNoWriMo project and I'm here making posts for Topp Dogg... How do some of you make these huge image post? This wore me out and it isn't even formatted all pretty.

Super cute laid-back video and song! Have you also listened to her excellent track "Love," Omona?

Sorry if I'm missing a tag. I don't know the non-idols but I'll add them in if someone mentions them =)

if you would like to watch the full stream (unsubbed) it's been uploaded to youtube, they did the typical impressions/talents/variety skills stuff as well etc. it's over an hour long, yama&hotchicks are really going for it
mods i am SO sorry i pressed send on a half-finished post please forgive me

im sorry about the constant jay park posts lately lmao this guy doesn't give us any warnings!!! just releasing stuff left and right.
i like this version more than the original tbh. Click on the pic to see the win and encore

Edit to change the links for the official ones

no official youtube upload of the song, no sign of an MV, and just one teaser image posted 12 hours before the song went up... thanks failtagio "Cowboy" can be streamed here!

🍭 BEFORE SCHOOL CLUB WITH TWICE ON V LIVE 🍭
Previous ASC episodes with TWICE: Like OOH-AHH 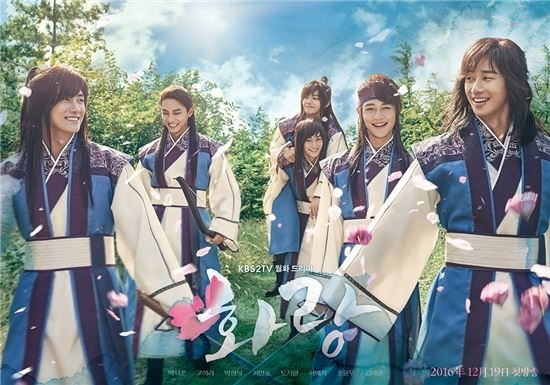 The poster displayed Hwarangs -- Korean for “flowering knights,” referring to young elite knights during the Silla dynasty that lasted until the 10th century -- walking across a yard smiling. Those Hwarangs are played by Park Seo-joon, Choi Min-ho, Do Ji-han and Cho Yoon-woo, and singer-actors Hyungsik and V.

“Hwarang: The Beginning” wrapped up filming in September and will air every Monday and Tuesday on KBS 2TV from Dec. 19.

get a load of seoyul in that dance break!

This year has been another big year for South Korean hip-hop: A year that brought more hip-hop talent into the mainstream music scene. Hip-hop survival shows like "Show Me the Money" continued to be major boosters of the genre, even driving ordinary office workers to rent studios and try their hand at rapping.

However, the trend could change next year, according to Brave Entertainment CEO and chief producer Kang Dong-cheol, better known by his stage name Brave Brother. The 37-year-old star producer believes that electronic dance music (EDM) has been sidelined to clubs in Korea, but its territory will broaden with the turn of the year.

"EDM will thrive again in 2017," Kang said in his interview with Yonhap News Agency on Tuesday at his office in Seoul.
( Collapse )

He's done some of my favorite songs, and I know nothing about him. Like, what do they mean when they say he was a gangster? 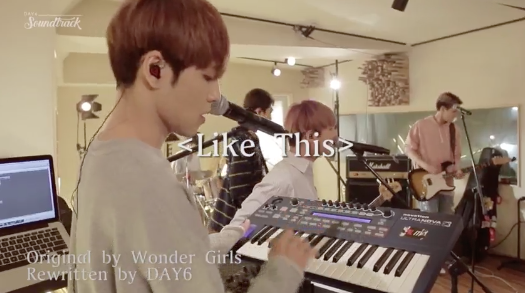 yessss something more upbeat. I love their calm covers, but they always have so much fun onstage, it's good to see them show it off!!!
Collapse