With welcoming the new year 2017
#finally
We will release official iKON instagram!

I was literally just thinking today about how they're the only ones w/o an instagram account. Good for them!


He sings quite a bit in this drama. Thought I'd compile some in case anyone is interested =)
I actually really want the song in the second video to be released lol.
I'll buy all 100,000 copies myself @ Woollim. Just gimme it!

best way to start the new year 😍😘 my favourite meme

NOMINATIONS
RULES ARE SIMPLE:
1. Each category will have its own comment thread.
2. Under each category, reply with your nomination in the title and a link to the post.
3. If you agree with a nomination, just add a "+1/mte/yes" under it.
4. Don't make new threads but if you want to FFA there's a specific comment thread for that.
5. Nominations will be closed on Tuesday at 12 PM KST / 7 PM PST / 10 PM EST / 3 AM GMT.
6. Voting on the 5th (Thursday), and the Results will be posted on the 7th (Saturday).

Don't forget to submit your nominations for the 'Your Year in Entertainment 2016' Awards too!

NOMINATIONS
RULES ARE SIMPLE:
1. Each category will have its own comment thread.
2. Under each category, reply with your nomination in the comment title and body. Brownie points for links. (Please do not embed videos as that will slow down the post)
3. If you agree, just add a "+1/mte/yes" under it.
4. Don't make new threads but if you want to FFA there's a specific comment thread for that.
5. Nominations will be closed on the 3rd (Tuesday) at 12 PM KST / 7 PM PST / 10 PM EST / 3 AM GMT.
6. Voting on the 5th (Thursday), and the Results will be posted on the 7th (Saturday).

Don't forget to submit your nominations for the 'Best of Omona 2016' Awards too!

They are ADORABLE. Call me biased but Hyesung honestly seems to be smitten with him. That aegyo!
Next week Gong Myung will finally meet Hyesung's dad! Scared for him tbh.

[The Christmas Miracle] This week on the Return of Superman, Bumsoo decides to show Soeul and Daeul what it feels like to help others and how a community service works. Donggeun, Jiho and Gyojin plan a first birthday party for Joy, Haeun and Seoheun. Seoeon and Seojun get so excited seeing a beautiful Santa Claus with amazing gifts.

I can't help but think of Haru when there's a Superman Christmas lol. The twins get visitors from AOA's Seolhyun and Hyejeong, while Daebak and his sisters spend time with actors Seo Kangjoon and Kang Taeoh. It's Seoheun's first birthday, and she gets a lot of visitors from her father's friends. OGG also put together a party, and the doljabi is done. We get a new family next week, former Sechskies memeber Ko Jiyong. His son is so cute!

Hit 90's girl group S.E.S. called their upcoming special album the cream of their career, eager to present songs that harken back to the beautiful, bygone days. The K-pop trio, which debuted in 1997, emerged triumphant at the press conference held in eastern Seoul on Friday, as if they had time-traveled to two decades ago. 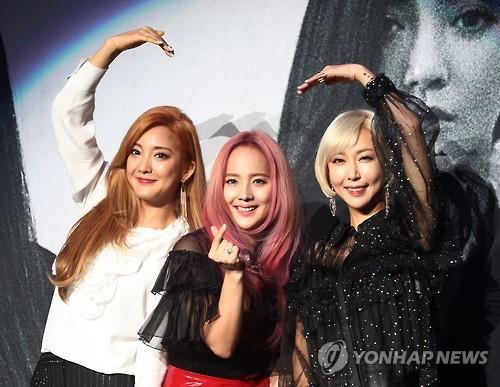 They all look so lovely and I am so happy to hear the old songs again!

I sincerely worry about Seungjun sometimes

As was promised in the timetable uploaded yesterday, Fantagio has released the second concept teaser for Hello Venus' comeback. The photo shows what seems to be the girls' photos merged into. As their 6th mini album is named "Mystery of Venus" this seems to be a fitting way to let fans know what to expect. Very mysterious!

Join Hello Cupid tomorrow for another concept photo! Only 9 days to go! 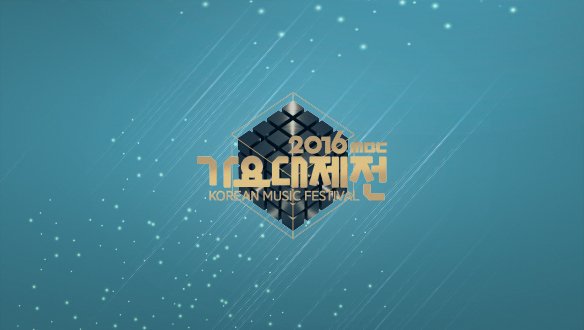 What were your favourite moments and performances? Which Gayo did you like best this year?

Not a shipper but i gotta agree, this is art within an art. (cr: tarozuki ig) @IBGDRGN pic.twitter.com/a879cL61LE

2017 is already delivering, bless! Omona, are you a shipper?

First music show in the new year! A Pink had to prerecord their stage at 4 AM after yesterday's Gayo Daejun. BONUSBaby reminds me so much of a J-Pop girlgroup.

PLEASE READ BEFORE QUESTIONING/LOOKING AT THE CHART. Please do not repost chart without copying the background information. Don’t take the chart out of context.

Following is the ranking of idols and young vocalists that we’ve analyzed so far here at KpopVocalAnalysis. This list only includes idols who’ve debuted in 2014 or earlier. Idols who have debuted after 2014 were not analyzed due to the lack of material and the possibility of improvements happening shortly after the debut of an idol. Thus no debuts after 2014 shall be included in this chart. If a vocalist of any group that debuted in 2014 or prior is not present in this chart, that would be because their final rating would be at most average or due to lack of material for an analysis.

In 2013, we from KpopVocalAnalysis gathered together as fans, as vocal enthusiasts, and some of us as vocal instructors and vocalists ourselves to bring education and knowledge and to satisfy the curiosity of a community within a fandom. The following rankings we shall post have one thing that most others don’t have, hard work. Unlike what fans like to call the “opinion of experts,” mostly done by PD’s, Composers, and Music Critics, we have not only taken the time to listen to each single vocalist in these rankings individually, one by one, but we also have provided more than a simple sentence to describe how they use their voices/instruments. We have compiled a ranking system through our very own upbringing and learning process in order to properly categorize and find similarities between vocalists, technically.
( Collapse )
source: kpopvocalanalysis.net
mods idk how to tag this bc there's a bajilion ppl on the lists!

Dreams.
Passion.
Taking chances.
Who I am.
What i really mean to say.
A new sound.
A new look.
There's no stopping now.
It's only the beginning.

is this the teaser for a new solo comeback? preparing for a U.S. debut?

I wish it gave more info :(

Do you have any edges left AT ALL omona? (j/k - I know you don't)
Collapse