damn i was hoping for a power ballad from them, but this is cute

Limitless track by track:
• Limitless: An addictive urban R&B song featuring unique rap and vocal styles of NCT 127. Lyrics contains NCT’s ambition and identity of infinity and expendability.
• Good Thing: The theme of this song is breaking free of the crowded city of every day life through music.
• Back 2 U (01:27AM): The touching vocals and intense rap of the NCT members stand out the most in this song.
• Baby don't like it: Impressive hip-hop song with metaphorical lyrics about falling in love with a woman with deadly charms.
• 롤러코스터(Heartbreaker): An EDM pop song with witty lyrics about a crush that feels like a rollercoaster
• Angel: A sweet medium tempo song about a guy comically falling in love at first sight.

NCT will have their first comeback stage on Thursday Jan 5, at M Countdown.

His vocals are great. Khun looked good. Nayeon is gorgeous. I'm looking forward to more from Hyungnim before he enlists.

This video is so weird I'm obsessed with it. "She"... we gonna have a problem here
Check out the intro post for more info

Aside from spending their last minutes of 2016 and first minutes of 2017 with their fans through a V App broadcast, NCT shared videos of their trip to see the first sunrise of the year and their hopes and wishes for the year to come through a new, hopefully permanent, NCTV series of videos. They also each posted their new year greetings on the fanboard and you can find all the posts/translations HERE.

there's been so much content these days, what a great start for my cuties 💓💗💖💞 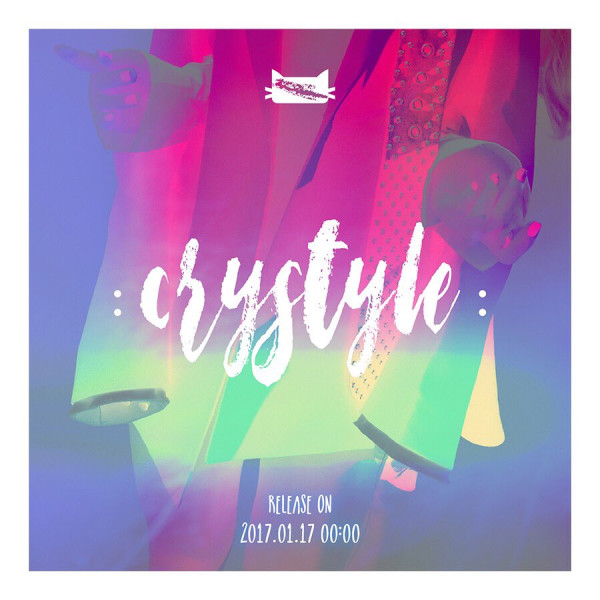 After announcing that CLC would be making a comeback in January, Cube Entertainment has dropped a new teaser for the seven-member girl group.

The mini-album, their fifth, is set to drop on January 17 at midnight KST and is titled “CRYSTYLE.” The name is possibly a play on their group name, CLC, which stands for CrystaL Clear. Their previous album, “NU.CLEAR” was a similar play on words.

CLC has previously stated that they aimed to return with a new and upgraded concept. This is their first domestic comeback in seven months after spending much of 2016 promoting in Japan.


HOW GOOD WAS THAT BLOOD, SWEAT & TEARS COVER?!!!! [Spoiler (click to open)]Chrisha Choo will surely be brought back.....right?

It looks like former SNL Korea cast member Lee Se Young will not be facing charges of sexual assault.

On January 4, the Seoul Mapo Police Station revealed that the B1A4 sexual assault case will be sent to the public prosecutor’s office as a dismissed case.

The case was originally sent to the police for investigation when “SNL Korea” released a behind-the-scenes video footage of the SNL cast members grabbing B1A4 in their genital area. Later, more videos documenting the same actions for INFINITE and Block B were also discovered.

In regards to the case, a police source revealed, “Lee Se Young did not come into physical contact with the B1A4 members. She just made the movement. Seeing as how B1A4 testified that they did not feel offended, we could not confirm the suspicions [of sexual assault]. Lee Se Young was also not investigated separately.”

Meanwhile, B1A4, Block B, and INFINITE were all previously called in to be questioned for the case.