Excited! If this is anything like Lovekiller I'm gonna love it, don't disappoint me Ahn Daniel

🏋🏼Watch here🏋🏼
Nam Joo Hyuk appeared on V App and decided to make his fans’ wishes come true by taking questions from them on social media.

The actor was asked to choose his most memorable line and reenact it. He answered, “Early on in the drama, Bok Joo is at the hospital when she learns her father is at her school. In that scene, she asks Joon Hyung to give her a ride to school on his bicycle.”

He continued to add, “Bok Joo had a dragonfly pin or something in her hair, and Joon Hyung teases her about it.” Looking shy and embarrassed, Nam Joo Hyuk added, “Then he tells her that she’s his first love.”

Nam Joo Hyuk also explained, “In the beginning, Joon Hyung made fun of Bok Joo a lot. He’d call her chubby and things like that. Another line [that’s memorable] is ‘Why, did your heart stop for me?'”

Note: While the video is not fully subbed yet, some parts part do have subs already.
Source: Soompi, Naver, Vapp

Is your heart ready for the final ep of Weightlifting Fairy, Omona?

BTS will soon be following up on their massive hit album “WINGS” with a new release!

Source: Soompi || Osen || isplus
are you ready for more from the bulletproff boyscouts?

The girl group who is preparing to debut, Dreamcatcher holds a burdened heart. The group’s predecessor, Minx, is sorry to their old fans. Their song ‘Chase Me’ was prepared with a complicated combination of feelings of sadness and excitement.

Dreamcatcher stated in an interview conducted by EDaily News the past month on the 22nd in Seoul, “Suddenly, the group name and member lineup had changed. We feel sorry towards Minx’s fans- but we are very thankful for the support towards Dreamcatcher.”
( Collapse )

CLICK ON THE GIF  OR HERE TO WATCH (gender swap start @ 32.00)
mauloveskpop, vlive 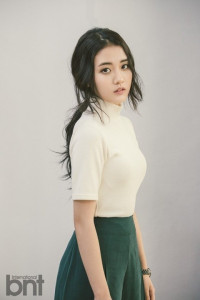 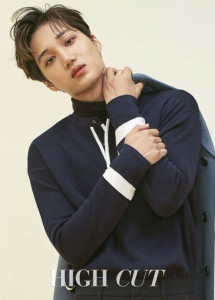 EXO’s Kai and Jung Da Bin will be starring in a new classroom drama!

On January 11, Kai’s agency SM Entertainment confirmed with reporters, “Kai will be starring in KBS’s pre-produced drama ‘Andante.'” He will be playing the male lead, a high schooler by the name of Lee Si Kyung.

This will be Kai’s first lead role in a broadcast TV drama. He previously played the lead in web drama “Choco Bank,” and has also appeared in “EXO Next Door” and the recent “Seven First Kisses.”

The female lead role of “Andante” will be played by child actress Jung Da Bin. Her agency R’s Company has also confirmed this, saying, “It is true that Jung Da Bin will be starring in ‘Andante.’ Please look forward to it.”

“Andante” will be helmed by producing director (PD) Park Ki Ho of “Ad Genius Lee Tae Baek” and writers Park Sun Ja and Kwon Ki Kyung of the “Sharp” series. The drama will consist of 16 episodes, and is targeted to air in the second half of 2017.
( Collapse )
source:naver via soompi,kimkaiph

click on the image above to watch the video!

the only one that looked like the she was enjoying herself was pinky lmao. i love the song but f(x) choreos are all trash, they're capable of so much more! i wish they'd just continue covering seventeen songs.

She looks stunning like the ethereal beauty she is, but those lyrics! 😢 Suzy may not have written it, but it fits so much her past interviews 💔
》Suzy's official site 》JYPwhispers' twitter 》starlight94_'s twitter

monsta x-ray will also be posted to v live and quick subbed on air (upcoming on mx's channel, link here)! + op's first post if it gets accepted!

I'm surprised no ladies. I'm really having to resist ordering this based off the album aesthetic alone. SO. PRETTY.

BoA is making a comeback soon!

In response to reports about BoA returning to the music scene in late February or early March, a source from SM Entertainment revealed, “We are preparing for a new album, but the comeback date is undecided. It is unlikely that she will be returning in February.” It was also reported that she has wrapped up shooting for her music video.

This comeback will mark her return after almost two years since “Kiss My Lips” in May 2015.

Meanwhile, BoA has been busy acting in the JTBC drama “My Wife Is Having an Affair This Week” and appearing on the Japanese year-end program “2016 FNS Music Festival” with SHINee.

Are you looking forward to BoA’s comeback? 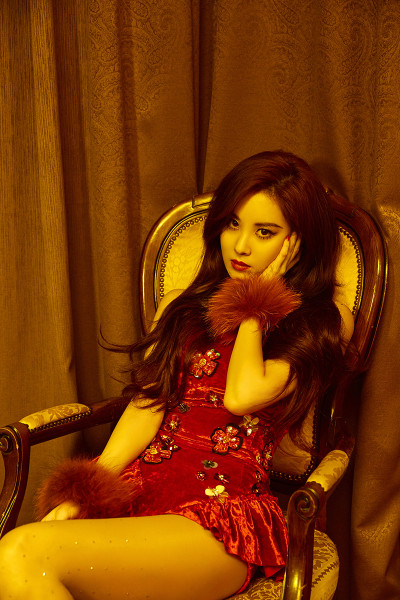 Seohyun's 1st solo stage debut will be at Mnet Mcountdown on 19th. Seohyun's mini album is available for pre-order on the usual sites (YesAsia, Synnara etc).

The controversy was reportedly over the girls dancing in front of a traditional building and Hani sitting on the throne.Those scenes have been removed in the new version

Bless whoever staff who gave him password to SHINee's official Facebook page tbh. And I don't think this needs subs because he talked in English 90% of the time. Sweet bub <3

ever bite your lip so hard it started bleeding, omona?
Collapse