( Collapse )
source: more in his soundcloud account SOUTH_CLUB
my son :)

K-MUCH, best known throughout the K-POP world as Crayon Pop's brother group, has followed their sisters' footsteps and launched their very own Makestar project!


kiu honestly do you mind

Titled "K-MUCH Renewal", the project promises to use their fans input in every aspect of their upcoming comeback, proving that they truly care about their fandom more than anything else.

im fucking SCREAMING @ an overnight camping trip with the boys?????? rip me i would literally die and i am DEF doing it if i have money 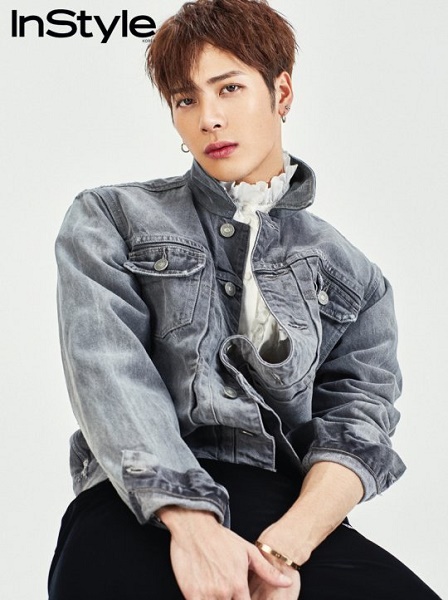 In a February issue of InStyle Korea GOT7's Jackson talks about busy schedule, fencing, a desire to try acting, future goals and his parents.

With the exception of their controversial 2014 hit “Marionette”, STELLAR haven't had much luck on the charts. However, the girl group has miraculously managed to survive in the cutthroat world of K-pop after turning to crowdfunding in the last year to pay for their albums.

Using the popular MakeStar platform, the girls offer everything from signed albums to personal phone calls and dinner dates in exchange for financial contributions. Their latest project - their third so far - has already exceeded 500 per cent of its original goal, pulling in an impressive $44,000 USD (and counting!) with approximately 40 days left until the donation deadline.

This isn't the first time STELLAR has crushed their crowdfunding goals. For their mini-album “Sting” (easily one of last year’s best releases), the girls raised $35,500 USD (421 per cent of their goal), while follow-up project “Crying” did even better with $53,600 USD (532 per cent).

Brian Kim, MakeStar’s chief product officer, singled out STELLAR in an interview with KultScenelast November, crediting their willingness to try new things when it comes to crowdfunding as a reason for their popularity on the platform. Kim also says that it was STELLAR’s early success on MakeStar that inspired many other artists to jump on board.

“We’re really focused on what the fans want,” Kim told KultScene. “We’re trying to make new opportunities for fans to have their voices heard a little bit more by the industry.”

an omona post was also linked the in article omonas's impact

On March 3-5, MAMAMOO will meet their fans through their solo soncert 2017 MAMAMOO Concert MOOSICAL Curtain Call at the Olympic Hall located in the Olympic Park.

The upcoming concert comes only 8 months since MAMAMOO′s first solo concert, which was held in August of last year. As a girl group, it is rare to hold solo concerts within this span of time.

My little babies... they need some rest though

In January 2016 JYP had approached WG and stated that due to the management levels they may not be able to provide properly to WG due to many staff joining TWICE when TWICE was formed. JYP had stated that they would compensate WG for the lack of management by giving them more earnings through their sales. There was an agreed plan around this time that during WG's 10th anniversary the group would "disband" and members would move onto their separate ways in Feb 2017. This agreement that was made in 2016 was based off of their Reboot album which didn't do as well as expected. However, with their comeback with "Why So Lonely" and the unexpected success, members of the Wonder Girls noticed that it would be a better idea to stay together as a group of four, and are now negotiating with JYP what they can do as Wonder Girls now have some leverage. In addition, one of the oldest and the youngest members of WG (Yeeun and Sunmi), have been making their own negotiations with other companies to find a new company that will be able to manage and sign all members of WG (to keep WG) if they do end up leaving JYP.

Source is reupload from original tweet, which was taken down. Can't find out where the OP got their info from, but knowing how Kpop works this is all very plausable. I hope the girls can make it work because WE NEED MORE MUSIC FROM THEM.

Click on either gifs for a cute video
( Collapse )

I hope someone will translate the interview

What a cheap video..
I love their voices tho!
It's also really cute to see INFINITE promo the Woollim babies :') 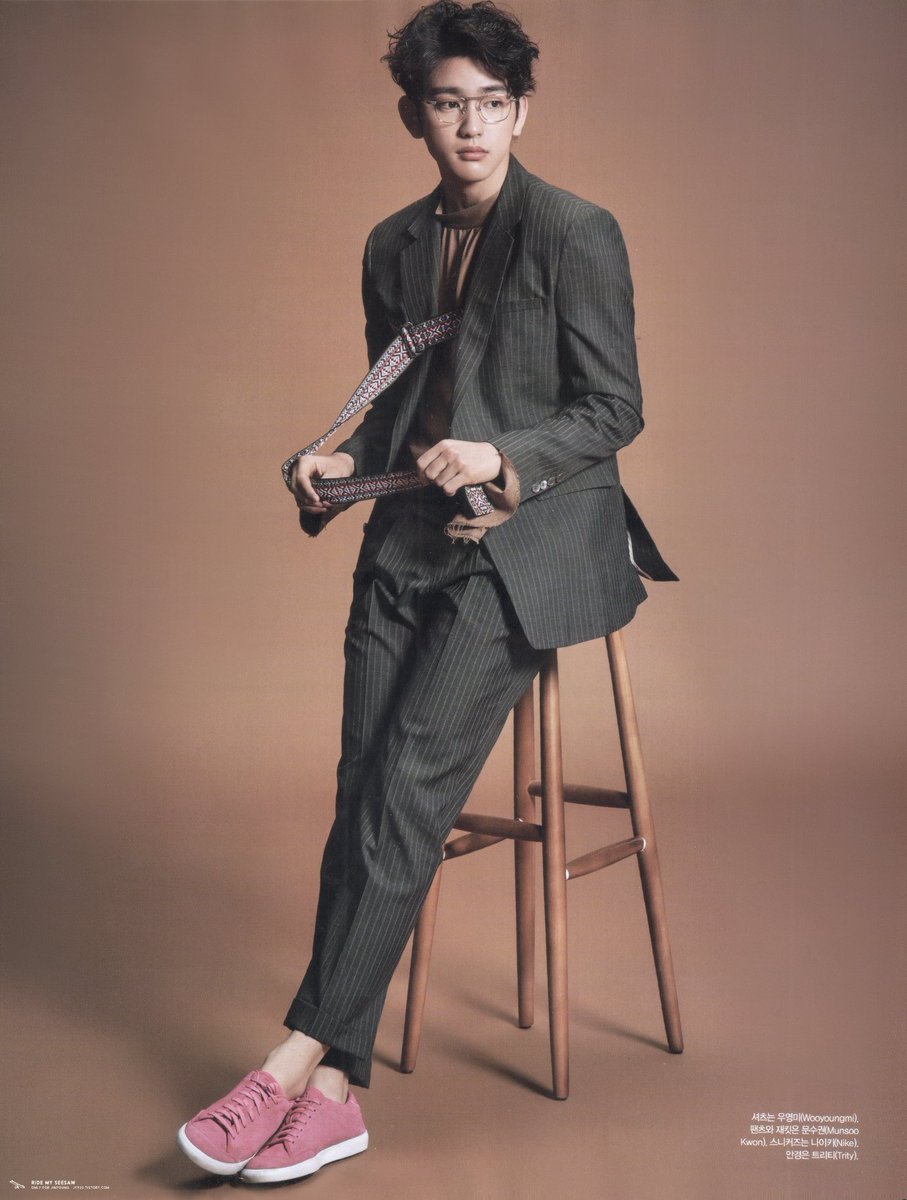 Pray for OP, for her soul has ascended after seeing these pictures.

Edit: added 2nd part of the interview that wasn't there before (with better translation), it's a good interview all in all (more of my favorite concept Jinyoung x books, and ofc Jackson is the exception to everything #RiseJinson)

Solji is still absent from group promotions for health reasons.

The bride looked so pretty and both of them happy! Congratulations!! 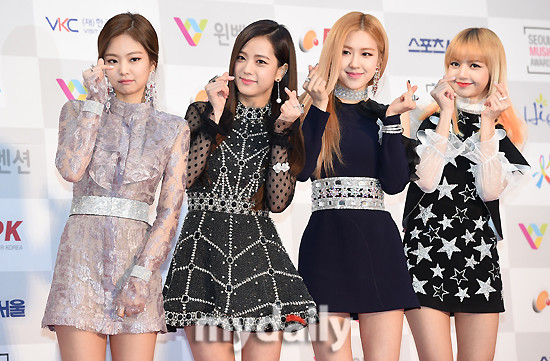 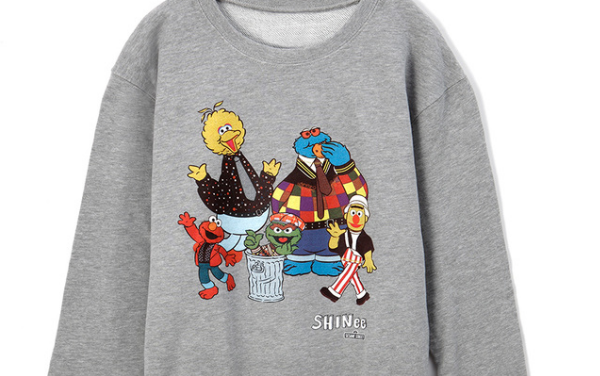 i effed up on the last one with some of the sourcing!!! sry about that, mods.

The girl group returned with a darker, sexier image than they've showed in the past.

Following 4Minute’s disbandment and Beast’s departure from Cube Entertainment in 2016, the Korean music agency started 2017 with a shift in direction from its newest girl group CLC. The act’s new album Crystyle was released Tuesday and featured the single “Hobgoblin,” which promptly rose to the top of the U.S. iTunes K-pop chart.

“Hobgoblin” is an EDM trap song co-written by HyunA and the team of writers who wrote 4Minute’s 2015 hit “Crazy.” Fittingly, “Hobgoblin” is a sonic sequel to the 4Minute song, with its frenetic snares and dramatized raps delivered over a building, uptempo beat. The new single marks a turning point for CLC, thanks to its heavy integration of rap and overall a more intense sound. In contrast, the septet’s 2016 releases -- "No Oh Oh," "High Heels," and "Chamisma" -- were bright pop songs.

Random fact that I found out last night, Hyuna's personal makeup artist and stylist also helped out with the looks for this concept/comeback. It really is her pet project. I love it!

i am crying at magic. i'm so glad she refused to do the "innocent maknae" route god bless everything.

So much happened in 2016, both in the world of Kpop and beyond, that it was hard to keep track of what was coming out from one moment to the next. That's why even though many of us are quite content to put our behinds in the past the past behind us in regards to last year, it's time to look back on the songs you missed in 2016 while you were covering your doomsday bunker in posters of your fave.

these were REALLY hard to pick (hence why the runner-up category was included.) I'm sure there are still plenty that I've forgotten about; let me know in the comments!

Still A+ everything. I'm so happy they uploaded one with Mei Qi.

Kino and Edawn got perms!! lol

The outfits are so much better today, but for some reason the stage is really dark.. I'll definitely be trying all these makeup looks though. Adorbs!

Edited to add more pics & Fancams.
I guess they love their styling cause they keep posting pictures!


what are some of your favorite winter accessories, omona? is everyone gearing up their wardrobe for spring or is it still too cold where you live to even think about spring? 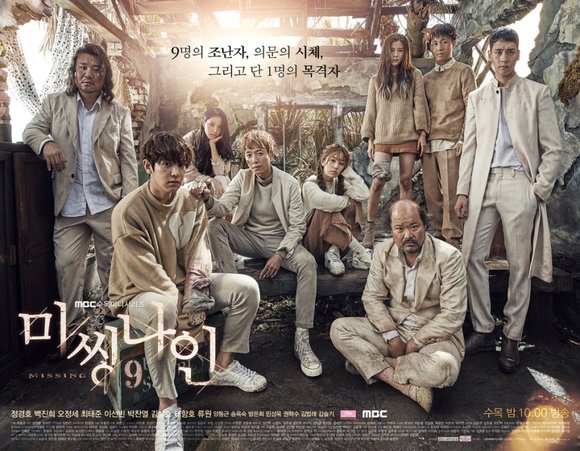 Synopsis: Ra Bong Hee, the only known survivor of a plane crash that was carrying famous entertainment industry figures from the agency she works at, was found on a beach in China after 4 months from the crash. Upon returning to Korean, she is put under the spotlight and the public outcries to know what happened to their beloved artists. However, Bong Hee doesn't remember anything about the crash due to memory loss
Cast: Jung Kyung Ho, Baek Jin Hee, Oh Jung Se, Choi Tae Joon, Lee Sun Bin, Chanyeol, Kim Sang Ho
Director: Ashbun
Writer: Han Jung Hoon
Episodes: 16
Release Date: January 18-March 9, 2017
Runtime: Wednesdays & Thursdays 22:00

I was really impressed with these two episodes, the set up is very interesting and JKH is a riot when he plays comedic roles. Bong Hee is already a great character.

The song was uploaded on the singers soundcloud account first but after fans discovered it she deleted it.

Click on the picture to watch it on her V Live Channel!

Summary of this episode:
- shows her nice as fuck apartment for the first time
- gets crazy about being #1 on the music charts with her pre-released song
- invites friends over for a lil party

Ever since Ailee A.Leean announced her first foray into the U.S. market, her "debut" has been a conga line of humiliation, from a terrible stage name to a lackluster song to her "management" being consistently messy and embarrassing on Twitter to release schedules that would even have YG shaking his head.

In an effort to find out who was behind all these sad shenanigans, I used all my research abilities (finely honed from watching hours of Catfish marathons) and uncovered a story that was even more baffling and shrouded in mystery than this company's promotion tactics.

ARE YOU READY FOR SOME FUCKING
OMONA?

I'm sorry mods for all the links OTL I worked hard