The K-pop scene has always been extremely competitive and with a generational shift in its midst, it's never been more important for new acts to shine brighter than ever and to do so right away.

While these artists have yet to break into the market's mainstream consciousness, Billboard has picked the five acts who seemed poised to make a splash in 2017 based on fan anticipation, YouTube views, industry talk and what the acts have presented to us already. Meet your best K-pop bets for the year.

everyone that's been asking for a self-producing girl group better be ready to stan for pristin! rumor has it they'll debut sometime next month.

In the past few weeks EXO were busy af collecting daesangs left and right at the year-end award shows. However many viewers noticed that one particular member was always absent, making them wonder if EXO secretly got rid of another traitor and began 2017 with a new episode of #exodus. Unfortunately Thats not the case and Lay is still working part-time as a member of EXO. Dude was simply too busy to give no facks attend all these award shows and continued to slay China instead, for example...

my husband thanks you for your time!

A few days ago, BANNED SOURCE posted an article about an entertainment insider who spilled the deets about our faves. Since no other english speaking site has translated the original post yet and BANNED SOURCE is well, banned, i messaged

shinychopstick (known for exposing the fake netizen comments that the now banned user flopday posted in the now deleted CLC post) and asked for help. I really wanted to get this post up because i know how much OMONA loves gossip but I don't speak korean. #flop

shinychopstick tried her best to translate the original rumors but some of them contained slang words that she did not know so this is not a 100% perfect translation. Feel free to drop your interpretation of the rumors in the comments.

So without further ado, here's the tea:

shinychopstick (show her some love!!!)

i love lonely love <3. I was hoping for bad love, but this will do too. Another live performance today! 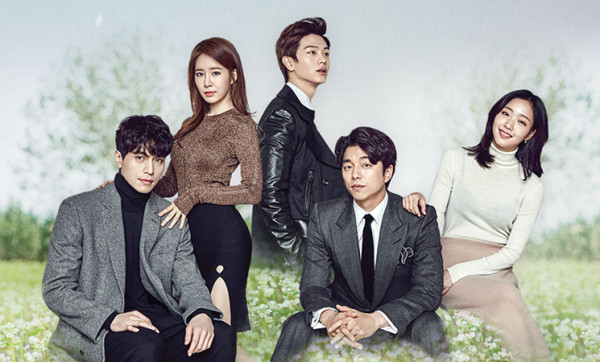 The cast and crew of tvN’s hit drama “Goblin” will soon be traveling to Phuket, Thailand for some well-deserved rest and relaxation!
( Collapse )( Collapse )
source:
Soompi1, Soompi2, sisunnews, Naver, Spotvnews

Do you think the drama and actors deserve Thailand vacation?
Will you watch 2 more special episodes?

Musical talent, hilarious variety presences, and hearts of gold. It’s hard to find a flaw when it comes to BTS!

This was sweet of them and I would have preferred it not in the news but too late. Omona, has your fave been blacklisted for their charity work?


Posting on behalf of the lovely ♡

An industry insider revealed on January 21 that Zion.T will be making a comeback in early February.

It has not been confirmed if the release is a single or a full album, but the music video has already been filmed. The music video was directed by Han Sa Min, whose previous works include BIGBANG’s “If You” and “Last Dance.”

Fans have been eagerly awaiting the return of this chart-topping artist. Not counting his song releases from “Show Me The Money,” his last official music release was the single “No Make Up” in October 2015. Back then, he had stated on his Instagram that he would be releasing his second full album in 2016, but it appears that preparations had taken longer than expected.

It is likely that labelmates Teddy and Kush will have a creative influence on his upcoming album as well. Zion.T had moved over to Teddy’s The Black Label under YG Entertainment last year, and his album is to be the label’s first album release. It’s safe to say that anticipation for the album is definitely hitting zero gravity at the moment.

Are you looking forward to Zion.T’s comeback?

(just a heads up: the camera spins around a lot)

Have you tried any of their makeup or hair looks yet, Omona?

DIDN'T SEE ANYTHING POSTED TODAY! TOO BAD IT'S NOT ON THE IBIGHIT CHANNEL, BUT STILL A MILESTONE!
ONLY 67 DAYS UNTIL I SEE THEM LIVE, BUT WHO'S REALLY COUNTING HERE?! LOL

the intense animal sounds battle literally ended me. it's so funny.

who do you think did the best during the animal sounds battle?

tyfyt omona!! love all these girl groups! and thanks again for all the kind comments from the last post! This was so nice, I wish it were longer. His voice always gives me the warm fuzzies :]
Collapse