i can't believe it's already been five years! ;__; what are your favourite moments with B.A.P, omona?
making this reminded me of how hectic stanning them was in 2012 when they came back FIVE TIMES

I don't speak Korean and they haven't uploaded subs yet. So I have no idea what this means. The video also acknowledges Sunye and Sohee.

The final single 'Thank You For Being So Wonderful' will be released on February 10th, the 10 year anniversary of the Wonder Girls debut.


I think I'm most surprised ( Collapse ) is staying with JYPE. I'm also forever going to mourn that we never got a live performance of John Doe. #Justice4JohnDoe #ShouldveBeenTheLeadSingle
Yes No Maybe


wanted to add offtherec ep 4 but subs arent out yet. she sang with sam kim!!

Seo-bb was recently on Kangta's Starry Night radioshow and talked about her solo album and daily life. She then revealed that she still lives with her parents and has a curfew.

Seohyun: I don't live alone, but I really want to live alone. I have a curfew but I'm negotiating with my parents to stay out a bit longer.

do you have a curfew, omona?

Girl group MAMAMOO has proven their popularity through ticket sales.

On January 25, tickets for MAMAMOO′s solo concert MAMAMOO CONCERT MOOSICAL Curtain Call opened at 8PM KST and sold out within 1 minute of opening.

As soon as ticketing for MAMAMOO′s solo concert opened, thousands of users rushed into the ticketing site and 10,000 seats were immediately sold out.

Although this concert only comes 7 months after their first solo concert, which was held in August 2016, the demand has shown to be extremely high, especially for a girl group. Do Bong Soon is said to be so strong that touching something carelessly can result in a breakage. Meanwhile, she has been harboring an unrequited crush on In Gook Doo (Ji Soo) since elementary school. When she becomes the bodyguard of chaebol heir Ahn Min Hyuk (Park Hyung Sik), the characters quickly get involved in a twisted love triangle.

Check out the posters below!

That's some really not great photoshopping of Ji Soo... I'm looking forward to this anyway, it looks cute!

The final release of SM's Station project will be released on February 3rd. 'Curtain', a pop ballad, will feature EXO's Suho and jazz pianist Song YoungJoo.

NCT Dream is making their first comeback since their debut song, “Chewing Gum,” which was released last August. A source from SM Entertainment revealed, “NCT Dream is preparing for a February comeback. Please look forward to it.”

NCT Dream will be returning shortly after their SM Entertainment seniors Red Velvet, who will be making a comeback on February 1.

Sources say the line-up will remain unchanged. However, no news whether Jaemin, who has been resting after a disk injury since November, will be joining. Unofficial rumours and member spoilers hinted towards a physical album this time around from NCT Dream.

Zion.T went on a bit of a posting spree yesterday (or I guess today depending on where you are,) uploading 7 teaser images (1 for each song on his new album) and 2 disappointingly soundless videos. The captions with each photo also include songwriting/composing credits.

South Korean actor Nam Joo Hyuk is the latest star to endorse the fashion brand UGIZ in their latest campaign. Nam Joo Hyuk modeled the perfect boyfriend look any girl is bound to fall for. His style is also the ideal campus look for the upcoming spring semester.
( Collapse )

Red Velvet's 4th mini-album will come with 5 different album covers and will contain 6 songs including title track, Rookie, which is a pop dance with funky groove and has an addictive hook, comparing the lover to a "rookie." The mini-album tracklist consists of:
1. Rookie
2. Little Little
3. Happily Ever After
4. Talk to me
5. Body Talk
6. Last Love.

Red Velvet will have their first stage on Music Bank on February 3rd. It seems like Lee Sung Kyung’s life has taken a positive turn after starring in “Weightlifting Fairy Kim Bok Joo.” The character was very much like her true self, and the actress’s bright personality during a recent interview showed that she had received positive energy from playing Kim Bok Joo.

When the drama ended, Lee Sung Kyung said she felt so happy that she cried. She explained, “I think I was very happy. I realized it once the drama ended. I was happy even as I was filming it, and to see myself tear up after it ended made me confirm that I had fun [while filming].”

The actress apparently cried the whole time while the last episode was airing. She said, “I don’t remember anything because I cried while watching the last episode. I was so sad. It was hard to let the drama go because it was so good. It felt like family. People told me I cried for an hour and a half.”
( Collapse )

Can someone id the background music? 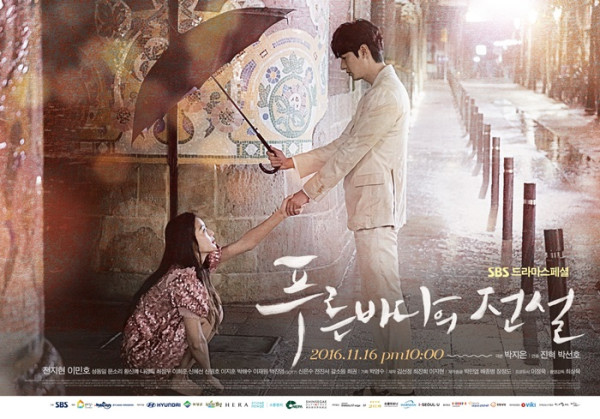 Thoughts on the finale?

Watch the cute new teaser of Ten in new variety show for foreign idols 'Elementary Teacher' where they will learn Korean with the intention to pass a test. In episodes 2 and 3 of Limitless Room, each member empties their backpacks to show what they carry around. The NCT x Nimdle videos continue to be the funniest thing they've ever done and what's better than seeing idols stuff themselves full with tasty food? Then there's plenty of other random videos we've been blessed with.

what's in your bag, omona?

"SHINee World V" will be stopping in two U.S. cities this March! #SHINeeWorldinUSA

This is the last music show for this week because of Lunar New Year.