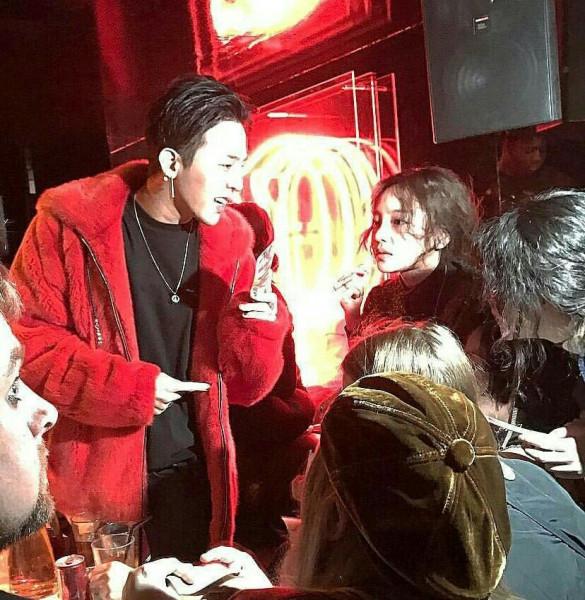 So what do you think, Omona? Did Choiza & Sulli die so Sulli & GD could be born? Are they friends with benefits? Or is she actually dating his private manager? Or is she using these guys as beards for her love affair with BOTH current crazy party girls, Gain & Hara?

Sandara Park and CL spent their Lunar New Year unwinding in the best way – hanging out at an arcade!

On January 28, Sandara Park uploaded a set of photos of their day to her personal Instagram account, where the two friends can be seen playing a variety of games and cheesing it up for the camera.
( Collapse )

Youngjae recently got a chance to connect with American Idol singer, Elliot Yamin, thanks to one Instagram post and the support of his fans.

It all started two days ago when GOT7‘s Youngjae posted a picture of him listening to Sanjoy‘s new song “Obvi” featuring Elliott Yamin. He captioned the post, “Yamin Hyung, please release an album.”

This is the cutest thing I've ever seen. Is 2017 gonna be the year of #riseyoungjae, omona? 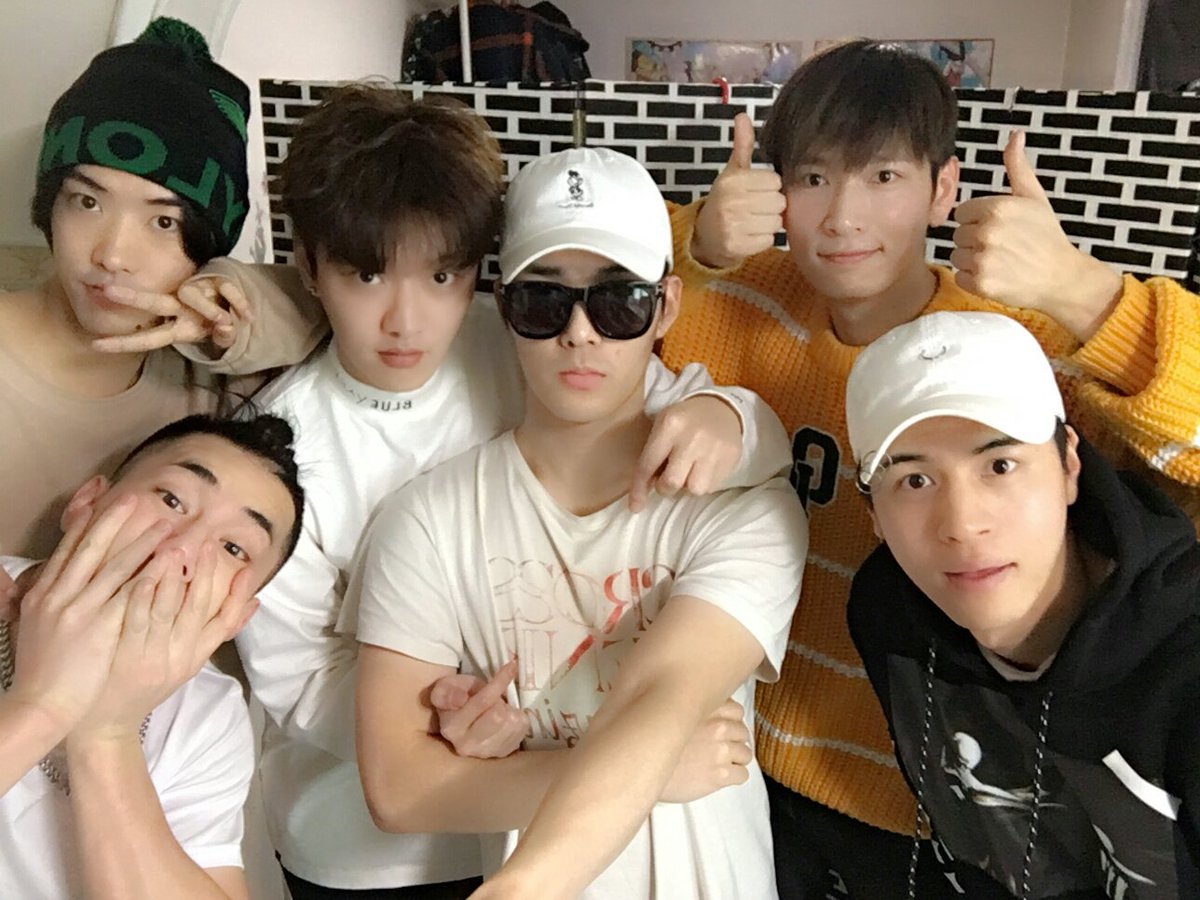 each image has a hidden phrase in it, which i assume are lyrics

ADORABLE!! when are they coming back? :(

note: they'll be on Weekly Idol this week together with PENTAGON and Momoland 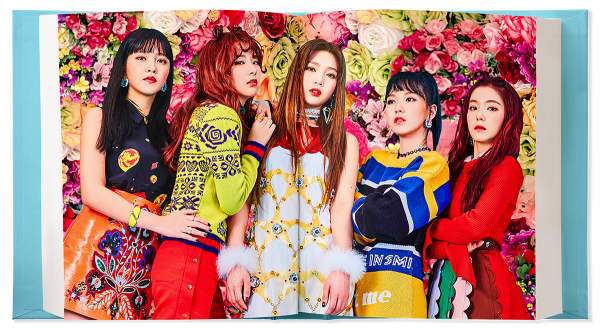 source: rv.smtown, you can also find album packaging at the source

What was your favorite performance this week?[Spoiler (click to open)]I liked that we got a look into Antenna this week. And Baek Seon Nyeo's acrostic poem was unexpectedly good haha.

CL really is “The Baddest Female.”

The K-pop star is in hot (digital) water after sharing a controversial photo of herself posing in a Japanese taxi cab while in Tokyo, a picture that was swiftly met with outrage by some fans on Instagram.

The photo, which has since been deleted from her account but can still be seen on Allkpop.com, showed the singer’s thigh-high boots pressed against the glass divider behind her taxi driver’s head.

Many users took offense with CL’s pose, slamming it as ill-mannered behavior in a country in which everyday culture is based on social etiquette. (And to be fair, Japanese taxi cabs are notoriously clean—the drivers all wear white gloves and the doors even open automatically.)

Thankfully for CL, much of the drama seems to have dissipated in the hours since she removed the original photo.

As one fan says in the comments of the new photo below: “Please, CL… She wanted to share pics with her fans! I hope you continue to update us your fans because we miss you so much.”

Open to: All, detailed results viewable to: All. Participants: 201

Omona, who is the most ill-mannered?

#blessed by Day6 fandom subbers, thanks so much!! Highlights include: lots of conversations about meat, the boys interacting naturally, Jae being unusually quiet, cute guitar playing, and acoustic "drunk" version of I Wait.

( Collapse )
Source: Wikipedia, AsianWiki, Viki
OP has only seen ep 1 so far, and although the drama is likely to be amazing it should be mentioned that the drama should come with trigger warnings for
[read more...]
violence, child abuse, murder scenes, mentions of rape, and more. 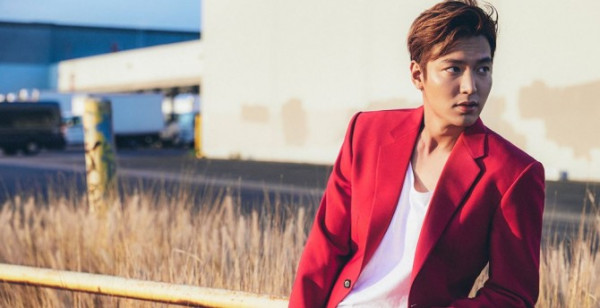 Lee Min-ho’s agency said Tuesday that the actor will enlist in the military this year.

Officials from MYM Entertainment denied earlier reports that said Lee was planning to start his mandatary military service in March or April, adding that nothing has been decided yet. But the company added that the actor is slated to enlist this year, since his age -- 29 -- makes it difficult for him to delay it any longer. Korean law stipulates that all able-bodied men are to serve in the military for 21 to 24 months, depending on the branch of service, as the country is technically still at war with North Korea.

Lee will be assigned to a non-combat position assisting civil servants. He was deemed unfit for combat duties at the physical exam -- conducted by the Military Manpower Administration -- due to injuries sustained in a 2006 car accident.

Debuted in 2003, Lee played several minor roles in dramas, sitcoms and movies until his big break came in 2009 with a leading role in the KBS series “Boys Over Flowers,” which propelled him to superstardom. He has most recently starred in SBS drama “The Legend of the Blue Sea,” alongside Jun Ji-hyun.

mods, all the videos are still up! none of them were taken down? please don't reject me again 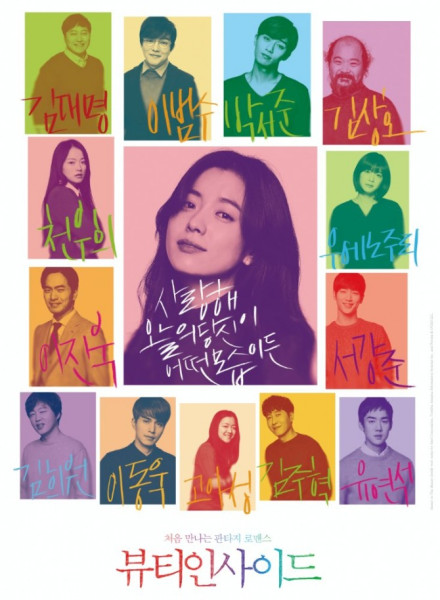 The American remake of the 2015 Korean film “The Beauty Inside” will star “Game of Thrones” Dragon mother Emilia Clarke as the female lead.

Fox 2000 recently acquired the film rights to remake the Korean flick in a $2 million deal, beating out its five competitors including Universal, Sony and Lionsgate.

The remake will be written by “The Fault in Our Stars” writers Scott Neustadter and Michael H. Weber. Temple Hill’s Marty Bowen and Wyck Godfrey -- responsible for productions such as the “Maze Runner” series and “The Twilight Saga” -- will join as producers along with Greg Chou.

The film centers on Woo-jin, a man who wakes up in a different body every morning, and his lover Yi-soo. In the Korean edition, Yi-soo was played by Han Hyo-joo and Woo-jin was played by 21 A-list actors including Yoo Yeon-seok, Lee Dong-wook, Seo Kang-joon, Park Shin-hye and Japanese actress Juri Ueno. 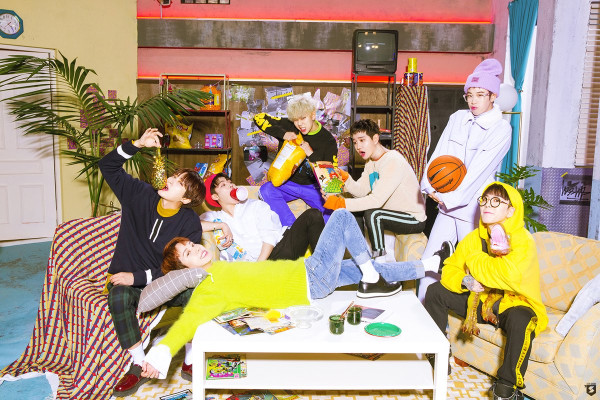 I'm going to need every picture they took of U-Kwon in this pink beret. what a great looking bunch

Synopsis: What deep, dark secrets are hidden in the diary? Seo Ji Yoon is a modern-day art history professor who happens to stumble upon the secret diary of Shin Saimdang (1504-1551), a Korean artist, writer, calligraphist and poet who was the mother of Yi I, one of the two most prominent Korean Confucian scholars during the Joseon Dynasty. The diary sheds new information on the life of Saimdang and her relationship with Lee Gyeom, a painter, calligrapher and musician who was a childhood sweetheart and soulmate of Saimdang. Will the diary help Ji Yoon unravel the mysteries surrounding a painting of an unknown woman from the Joseon Dynasty?

Omona, are you ready to commit to another 28 more episodes?
Collapse