DSP so poor they can't even afford any lights smh

I've tried to power through and be as positive as possible, but I am at the point where I need to do what is right for me... Ever since I was a kid the idea of finishing whatever I started has been branded into my brain. I've spent the last 2 years trying to pick up the pieces and salvage whatever I could.

But I recently found out that on top of a possible 6th surgery to restore whatever function I can in my hand, I also have a blood clot in my brain. So I've accepted that leaving now is not guilting, but redirecting my life. And I hope you can agree that this is what's best.

I am so sorry for letting you down, but I hope you know I gave you guys everything I had, I never resented the blood, sweat & tears.. Only the missed opportunities and memories I envisioned when I first moved to Seoul.

Thank you for your support & love & loyalty & the memories & everything. I wish RP & you all all the success in the world. I will never forget you guys." well that was a lot to put together.. I probably should've done this individually, but I figured Omona wouldn't care for that. lol

Happy birthday to these darling boys!!! 💖💖💖 My greatest wish for them is for CUBE not to fuck them over. 🙏 did the shoot this on the same day? The title track of CLC’s “Crystyle,” “Hobgoblin,” is an EDM-trap genre song written, choreographed, styled, and conceptualized with the help of Cube Entertainment labelmate HyunA.

When they made their comeback on January 17, CLC also took No. 1 on the iTunes K-Pop Singles Chart in five countries, including the United States, France, and Brazil.

buy their album on itunes!

This song combines a watery-sounding backing track and a vocal delivery that almost reminds me of Loco in some places. Venirus also has his own Youtube channel.

This is actually the second promo I did for this episode, the first one was this, but it was a little too weird. Going to miss them 😭😭😭 pic.twitter.com/SCATOJks3S 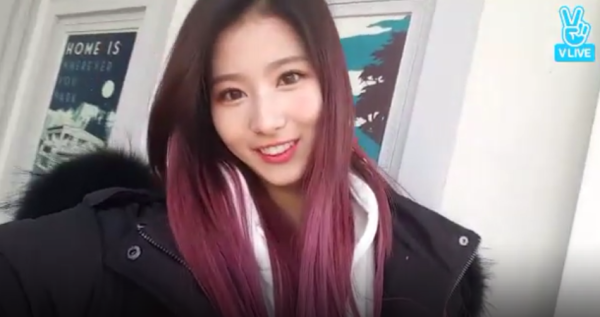 [INFO] 170201 Nada to officially leave WASSUP + the group to make a comeback as 4 with Nari, Jiae, Woojoo & Sujin in March pic.twitter.com/AlRb0nLZhy

Waiting for some conformation from the company/Nada herself.

tvN drama “Introverted Boss” has announced its decision to make adjustments to the show in consideration of viewers’ opinions.

On January 31, a source from tvN stated, “Parts of the script of ‘Introverted Boss’ have been modified. We will retain the bigger picture of the story, but we took into account feedback from viewers with regards to the pacing of the episodes.”

The source added, “The viewers’s feedback will be reflected in the story when the drama resumes broadcasting on February 6 with its fifth episode.”

Previously, tvN cancelled the drama’s January 30 and 31 broadcasts for the Lunar New Year holiday. In the process, script revisions were made, and changes to the flow of the story can now be anticipated. With a reputation for producing quality romantic comedies, tvN is expected to give the drama a needed boost to overcome its low ratings hovering at 1 percent, and criticisms on its slow development.

“Introverted Boss” will continue to broadcast on Mondays and Tuesdays at 11 p.m. KST.

I personally don't dislike this show as much as others do, but there's definitely room for improvement. Hoping the quality (and the ratings) will rise.

In the teaser, Choi Jin Hyuk rides an old-fashioned bicycle along a tunnel while humming to Cho Young Pil’s famous ’80s hit “Leopard of Kilimanjaro” coming out of the rickety cassette player strapped to his bike. When he emerges on the other side, he’s no longer in his time, but suddenly in a wholly different era—present-day Korea—where the pop song IOI’s “Pick Me” plays loudly from an adolescent’s earphones. Wondering at all the modern marvels, Choi Jin Hyuk thinks inside: “I know I definitely was in 1986…” 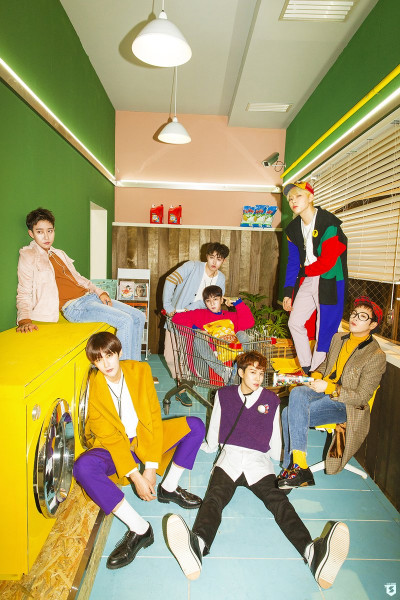 B-Bomb needs to be stopped. I don't understand why Jaehyo's teaser is b&w, it looks really out of place.

😈 BEFORE SCHOOL CLUB WITH CLC ON V LIVE 😈
Previous ASC Episodes with CLC: 'Like'

This was a fun ep. They're absolutely adorable and so charming! <3 Sorn really likes this concept, and they all want to continue with it or do something similar. I hope they do!

do u love variety legend in the making, kim doyoung yes or yes?
what are your favourite doyoung moments/burns/shit he says?

1) why do we have two nicole tags?
2) i swear nicole looks different 🤔
3) their friendship is so cute!

Our girl is at it again... https://t.co/oWsikHxhHv