omona, are your faves still whipping in 2017? 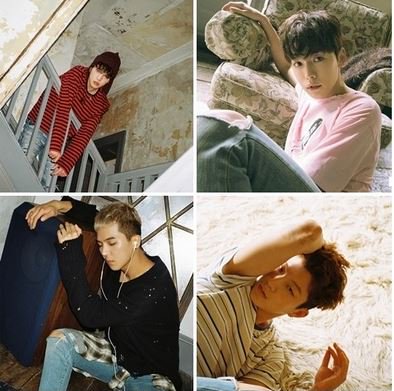 Boy group WINNER is working hard in adding final touches for their comeback.
An official said that WINNER has left for USA on the 20th of February for MV filming and new song productions. Arrived in LA in the morning of the 21st, WINNER will be filming MVs for their title track and another included track during their approximately one week stay. [...]

WINNER has continuously worked on their new album admits their individual activities. As a result, they have come to last stages of preparation and aims to comeback this coming March. As soon as they come backroad Korea from the US after filming MVs, they will be actively discussing an tuning details of their comeback schedule.

Is this the real life? Is this just fantasy?

[INFO] 170218 Gong Minzy is expected to release her solo album around April or May https://t.co/zX1gTnXWhp pic.twitter.com/F8ApdXLkzN

Did you know that SECHSKIES consists of two units: Black Kies & White Kies (although they never really performed separately by unit in the 90's)?

Today, I want to drop a YouTube video that features exactly what Black Kies boys do in SECHSKIES :)

Where is your dream vacation, Omona?
edited post because 1st IG pic was not sourced properly 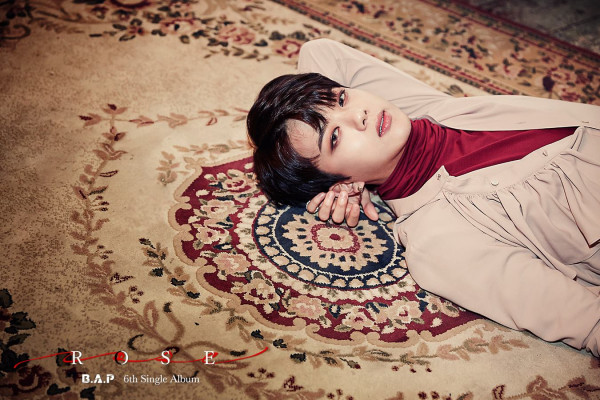 SO I LOOKED UP 11:05, ACCORDING TO URBAN DICTIONARY, IT'S STANDS FOR 'UNIVERSAL PARTY TIME'
UNDERSTANDABLE SINCE THE TOUR IS 'PARTY BABY'

HEY GUESS WHAT HAPPENED AGAIN, 11:05PMKST. YEAH I'M ON TO THEIR GAME NOW.
AIN'T NO STOPPING ME NOW. ALSO SAVING THE BEST FOR LAST I SEE.
ZELO WITH COTTON CANDY HAIR? I LOVE IT.

ALSO TOMORROW'S POST MAY NOT BE POSTED UNTIL THE AFTERNOON/EVENING CDT.
EDITING ON A MOBILE DEVICE IS SUPER HARD. I'M SUPRISED YESTERDAY'S POST EVEN HAPPENED. As Korea’s only co-ed K-pop idol group, K.A.R.D already stands out from the multitude of male and female idol groups in the industry.

Because of their unique group formation, K.A.R.D naturally is able to take on different concepts, performance techniques, and music genres than other K-pop idol groups, as single gender groups are arguably more limited by industry convention. Staying true to their unique style, K.A.R.D experienced the most success abroad when they released their first pre-debut project single “Oh NaNa.” The song came out in December but the music video was just released.

In which he talks about how karaoke got him into hip hop, getting into a car accident because of G Dragon, and dances around the fact that he writes songs for his gf

Anything that involves G.Soul is automatically the best.
Also Loco and Mino in a same song wow. Princess Lee Hi is alive.
Which song are you most looking forward to?

↓Click on the pics to go to the videos↓ The countdown for the release of the MV is a must watch. The girls start a party and Sana loses her mind.

tvN’s upcoming drama “Chicago Typewriter” has officially confirmed its main cast. Yoo Ah In, Im Soo Jung, and Go Kyung Pyo have been confirmed to appear in the upcoming drama.

The drama has an intriguing fusion-y fantasy premise, involving Yoo Ah In as a bestselling author, Han Se Joo, called the Korean Stephen King, who falls into a severe career slump. The story centers around him, his ghostwriter Jin Oh (Go Kyung Pyo), his passionate anti-fan (Im Soo Jung), and an old typewriter. Adding a dash of mystery to the plot is the part where the three main characters are also the reincarnated souls of writers who struggled through the turbulent 1930s during the Japanese Occupation years.

The drama is set to air sometime at the end of March. Woollim is USELESS at promo. Still can't believe they didn't release anything today.
Have this cuteness meanwhile.

On February 2, Eric Nam honestly revealed on tvN‘s Life Bar that he kissed someone less than a week ago.

Eric Nam was the most recent addition to the host panel of Life Bar, and to help him settle in, the original hosts asked, “When was your last kiss?” to which Eric contemplated on whether to give an honest answer or a white lie.

Ultimately, he chose to be completely truthful and revealed that he had kissed someone within the last week, and shocked everyone with his honesty. (someone's asking to get dispatched)

Yoon So Yi, a guest star on the show alongside Lee Da Hae, revealed that to her knowledge, Eric isn’t dating anyone as of yet, and thus wondered where he had kissed this person of interest. She then stirred up the suspicion that he had kissed someone he met at a club.

To this, Eric asked her if she kissed people in clubs to divert the attention, but So Yi counter-attacked by asking, “If you didn’t go to the club, then where did you kiss?” However, Eric struggled to answer the question, invoking many laughs among the cast.

The hosts Shin Dong Yeop and Tak Jae Hoon teased Eric and joked that he “doesn’t stop at just a kiss” and that his nickname in America is “No Brake“.

when was your last kiss omona? 😘

During her guest appearance on JTBC’s “Ask Us Anything,” Girls’ Generation’s Seohyun may have revealed more than she expected about a past relationship!

The cast carefully asked, “Are you single right now?,” during the beginning questioning segment of the show.

When she confirmed that she was, Kim Heechul joked that his fellow SM Entertainment labelmate probably hasn’t dated before.

Seohyun simply replied, “But that’s not true?” and confirmed that she’s dated, broken up, and even cried over a break-up before.

Curious, one of the cast members carefully questioned, “Is he still working in the industry?” Kim Heechul clarified, ‘The entertainment industry,” and added as a joke, “Did he retire after you guys broke up?”

“He did retire,” Seohyun replied to everyone’s surprise. Confused out of their minds, they wondered if she meant he temporarily went on a hiatus, or if he actually retired, while Seohyun laughed at the situation she just unexpectedly caused.

Kang Ho Dong tried to probe more, and asked if she’s only dated one person. At that moment, the idol put an end to the conversation and shut them down by amusingly telling them to stop asking more questions.

Could this be the start of something beautiful? https://t.co/9b69rR9zxI

during a mukbang broadcast, Seulgi was eating Pringles and said how she saw the tweets in which Pringles wished her happy birthday!
( Collapse )

i can't believe this is already my 3rd post about seulgixpringles! (first and second) the most real ship to ever exist! 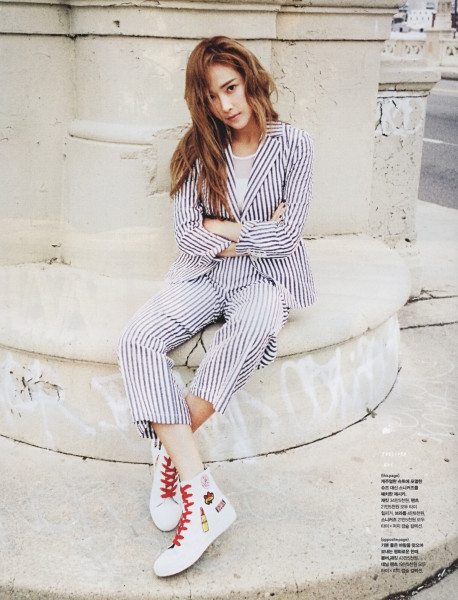 Lyrics are in English! Not everyone's cup of tea, but her voice always wrecks me.

my cutes! more ot15(13?14?17?welp) pls! taeil is obsessed with pinching and playing with marks face

"The Boy who Jumped" is From the Airport's 2nd full-length album, and they are expanding their electronic rock sound in many more directions.

Title MV: "Go or Die"
(contains some creepy imagery, as you might guess from the title)

lyric video for "The Jump" (entirely in English)

Listen to the whole album on spotify:

So far "Night & Day" and "Age" are my favorites. "Never Die" almost sounds like Idiotape.

Are you ready, Omona??

Whether you’re a serious fan or a curious newcomer, discover a monthly roundup of new releases from South Korea. From K-Pop to hip hop and everything in between, gorge yourself on all that’s new.

When mega-girl group Twice and mega-boy group BTS announced they’d be making comebacks in mid-February, only the brave and foolish decided not to move their releases given the risk of being flattened on the charts. Twice, with their gorgeous visuals for “Knock Knock”, stuck to their tried-and-tested formula of hooky, pattering lyrical rhythms – understandable for a young act, but given they’ve smashed so many other girl groups out the park since releasing their debut, they definitely could have experimented slightly without risking the grip on their fandom.

Elsewhere, Girls’ Generation’ Taeyeon continued her slew of solo releases but, in an error of style over substance, made a purple, ruffled dress look so incredible that she forget to put an interesting song to go with it. Multinational boy group Cross Gene came up against the same problem – they released a juicy, blood-soaked, skull-crunching MV (music video) for “Black or White”, yet even after multiple viewings, there’s little chance you could hum the song’s chorus.

As any long-term K-Pop fan will attest to, East-meets-West rarely goes well (anyone who heard JYJ and Kanye West’s “Ayy Girl” is probably still going through group therapy), but the tide had to turn at some point, and you should thank Gallant, Tablo, and Eric Nam for breaking the collaboration curse with “Cave Me In”. It’s a silky hybrid of R&B, pop, and hip hop that feels completely effortless. Still in hip hop, Cheetah (the feisty rapper who won the survival show Unpretty Rapstar in 2015, with fluctuating success since), released “Blurred Lines”, blending jazz, simple beats, and old school scratching beneath one of her stronger vocal performances, let down only by a distractingly insipid piano refrain.

The month’s most divisive track had to be Red Velvet’s “Rookie”. If you played it to someone who’s never listened to Korean pop, it’d either put them off for life or drag them kicking and screaming into the K-hole. It recently scored its eighth win on Korea’s music shows, proving yet again that cute-to-the-point-of-nausea is unfathomably popular.

What do you think, Omona? Any other songs you'd like to add to this list? B.I.G's song got me hyped for Eurovision tbh