#SpringDay2ndWin. The Not Today MPD cams: 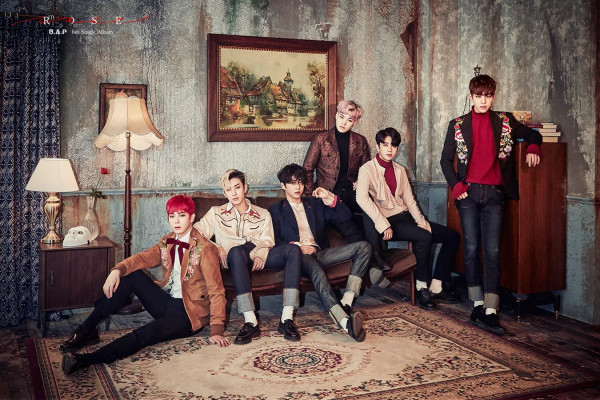 UM WOW, I AM SPEECHLESS, THEY ALL LOOK SO GOOD.
WHY DO I FEEL LIKE A RENASSANCE STYLE ROMANCE THING HAPPENING HERE?

I love how all their previous mvs are sprinkled throughout.

The three major public broadcasters in Korea (KBS, MBC, SBS) are considering a new 60-minute rule for dramas to reduce some of the cutthroat ratings competition and revitalize a stagnating market.

The heads of the KBS, MBC, and SBS drama heads (Jung Sung Hyo, Jang Geun Soo, and Kim Yeong Seob respectively) had a meeting last week to talk about reducing drama runtimes. The big idea on the table was reducing weekday and weekend miniseries to 60 minutes and soap operas to 30 minutes. The new runtimes would be including commercial breaks.

Currently the three broadcasters are working in a fierce ratings competition by releasing dramas in the same time slot. If a drama runs a little longer than its competitor, it has a better chance of getting higher ratings. To stop this sort of tactic, the three broadcasters had agreed on a “72-minute rule” in 2009. In 2013 they shortened it again to a “67-minute rule.”

If a 20-episode mini-series is reduced by an average of 5 minutes per episode, about 100 minutes (almost two episodes’ worth) would be saved overall. Currently production companies spend about 500 million won (about $440,000) per episode, so they could save about 1 billion won (about $880,000) with the new rule.
[See more...]
The reason that this new rule has been brought up recently is the worsening state of the drama environment. China has reduced the amount of Korean cultural content it imports, and in Japan the Hallyu wave is slower than it once was. However, Hallyu stars still command high guarantees, and with the rise in labor costs, the production cost has also increased. Meanwhile, the alternative for raising revenue by reducing production costs, in-product placement, and commercial breaks is becoming a popular one as well.

SBS drama head Kim Yeong Seob said, “It’s not about the competition so much as activating the drama market. If we reduce the runtime, we reduce production costs, but the quality of content will improve as the production staff’s burden decreases.”

In order for the 60-minute rule to be applied in the actual drama industry, a more specific agreement needs to be reached between the three broadcasters. For example, the currently broadcasting KBS drama “Laurel Tree Tailors” is guaranteed at least 30 percent ratings, and reducing the runtime would necessarily result in reducing the number of commercials that could be broadcast with it. Since each broadcaster has differing interests, it is necessary to coordinate them.

MBC head Jang Geun Soo said, “It is true that the three public broadcasters have talked about the 60-minute rule but we still have to discuss our opinions before anything is concluded.”

As part of LiveNation's 1st "Asia on Tour", Kiha & the Faces (aka IU's ex-boyfriend's band) will be appearing in 14 cities across North America. The tour is headlined by "Samurai Guitarist" MIyavi of Japan, and Thailand's Slot Machine will also be performing. 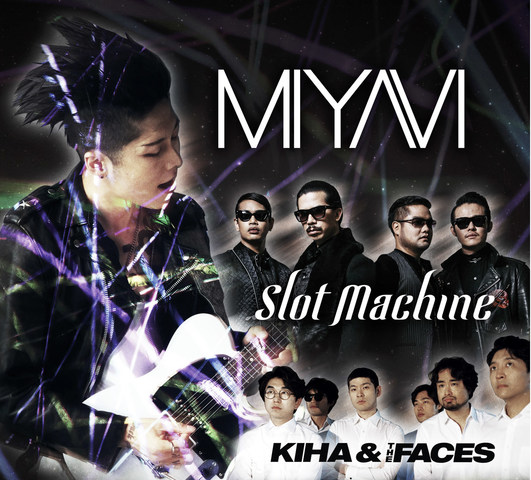 As the tour progresses, the tour's facebook page will include backstage interviews, videos from rehearsals, etc.

Tickets go on sale February 24th, with pre-sales starting the 22nd; you can get a pre-sale code through the facebook page or livenation app, Tickets start at $23.50

Anyone going? It's affordable, at least. 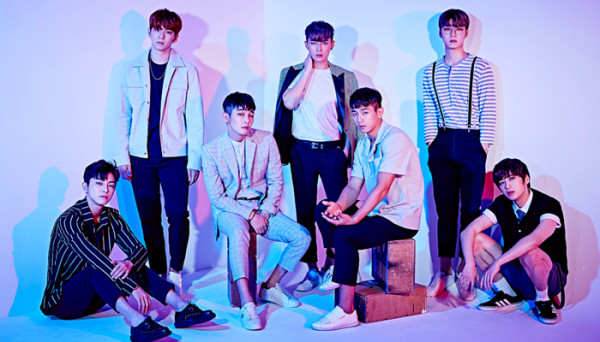 The CEO of an entertainment agency has been charged with fraud and is currently undergoing further investigations to his crimes.

On February 22, Seong Cheol-ho was arrested and questioned in Songpa Police Station regarding his charges. The CEO promised investors high returns and funneled funds from the company to juggle the amount of promises and stakes for personal gain.

Seong Cheol-ho is facing a total of 32 counts of criminal charges and these include but are not limited to fraud and foreign exchange violations. 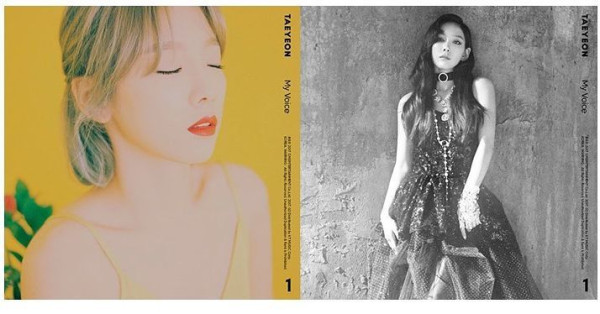 There will be two versions of Taeyeon's album. A 'Fine' ver (Yellow) and 'I Got Love' ver (Black & White). There will be 5 random photocards for each version. From looking around common places to pre-order, it seems like a lot of places are doing a "random version", so good luck! It will also include an "event card" enclosed, although we do not know what that event is.

aaaahhh!! they look good! I've been loving the art direction/graphic design of these teasers. Is anyone else getting VM Project vibes from these??

This collab I didn't even know I wanted

Looks like it's the last week of promotion for Sonamoo and CLC :'(

GOT7’s Jackson recently completed a photo shoot for KWAVE M’s 47th issue and talked about adjusting to life in Korea.

Known as the “Ace” of Korean variety programs, Jackson exhibited his bright energy on the set of the shoot and created an uplifting atmosphere. In his interview, Jackson spoke about the cultural differences between Korea and Hong Kong and stated, “In Hong Kong, I can say ‘What’s up!’ to my grandfather but I would get in big trouble if I did that in Korea.”

He continued, “However, there are times when I feel like more of a Korean. It’s to a point where now I teach trainees who come from Hong Kong about Korean mannerisms and etiquette.”

When asked if it was burdensome to always be bright and energetic on television, Jackson replied, “It’s just another side of me. When I’m happy, that’s how I actually am; however, there are other sides to me that are harder to show on broadcasts.” He expressed that he wanted to work harder in order to show new aspects of his self to the public. 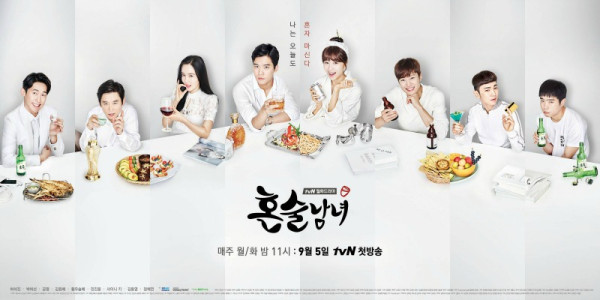 According to a tvN source on February 22, the drama “Drinking Solo” will be coming back with its second season in fall, and the official meeting about the production will begin next week.

Although anticipation rises for it, the staff has to think about how the second season will differ from the first and yet still have a relation, what it will focus on, and whether or not the actors from season one will all be cast again.

The good news is that the actors from the first season hope to appear in the second season, and the fans hope for that, too.

“Drinking Solo” was successful in ratings and received positive feedback from the public. The storyline and cultural aspect of the current society made viewers relate to the drama very well. Actors Ha Seok Jin, Park Ha Sun, Gong Myung, SHINee’s Key, and more, were part of a great cast that was praised for their acting.

tvN plans to air season two of the drama some time between September and November this year.

Get rid of the main couple and keep everyone else please 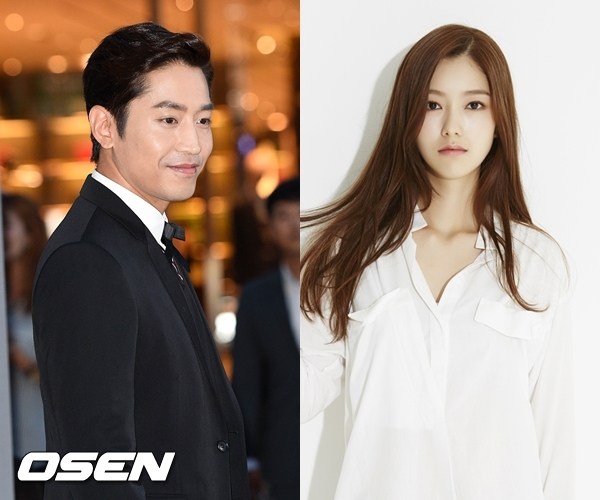 Eric and Na Hye-mi have finally admitted to their dating rumors, becoming a new celebrity couple. Officials of E&J Entertainment, Eric’s agency, claimed “The two started out as acquaintances at first and later turned into a couple.”

Na Hye-mi rose to fame through MBC’s sitcom “High Kick!” that aired in 2006. She had played the role of the girl who has a crush on Jung Il-woo. She made her debut through the 2001 movie “Address Unknown,” and appeared in KBS1’s “Melody of Love” as well. She is currently shooting the new drama “My Sassy Girl.”

Eric made his debut as the leader of Shinhwa in 1998 and is still the leader of the group. He is active in the TV industry as well. He appeared in tvN’s drama “Another Oh Hae-young” and reality show “Three Meals a Day: Fishing Village.” 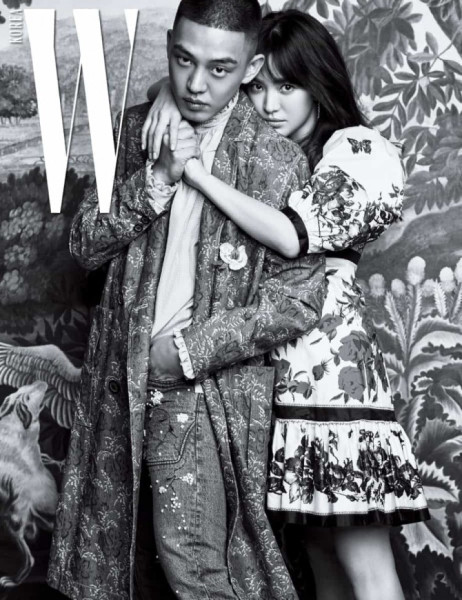 These posts are a compilation of all the fancams/photo/info that came out after the three days of Twice concert.

cagallisakura already did a post but it was only with some things for the first day.
Cross-posted on

Recently Krystal collaborated with Joon Won Kim and Bana TV to release the single "I don't Wanna Love You" on Valentines day. She also shot her own photobook to go alongside promotions for the The Boon brand. While she was always known for her sexy image, Krystal turns it up a notch. 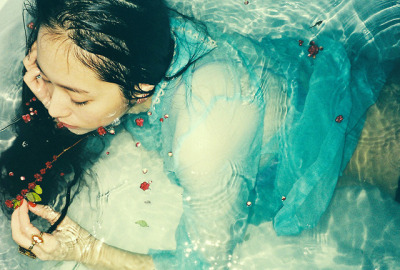 My first entry on omona despite being a member for 5+ years because nobody would post the sexy shots. I love Krystal that much.

Both are taking up the role of Domyouji Tsukasa in the 'Boys Over Flowers' musical starting this weekend! 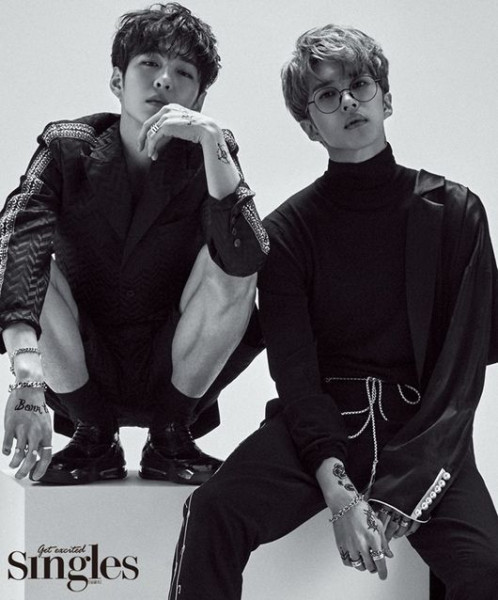 What was your favorite performance this week?
[Spoiler (click to open)]Ji Woo Jin's elimination got me sad :( And I loved Ma Eun Ji's performance so much!

On February 23, a source from tvN stated, “Nam Joo Hyuk, Shin Se Kyung, Gong Myung, and Krystal have been confirmed. The table reading will be happening later on.”

I'm scared but I really hope this will be good..

Turn on CC for subs.

the inclusion of the word "best" is making me think it's a "best of" album rather than just a normal debut album??? which would be weird because they barely have enough songs out to make a "best" of album jpn version. main vocalist j-line getting ready to take over all the lines!

a girl group interactions post for gaon chart awards is in the making! send things my way if you know of any interactions~

What were your favorite moments and performances?
Were your predictions right? Check the past nominee post!
Collapse