( Collapse )
source: HIGHGRND + Nur Fadhila
Code Kunst saved G.Soul from the JYP basement tysm
Muggles Mansion /just/ released and from what I've heard it's great! I'll update the post when all songs are available on Youtube.
edit: I put the album underneath the cut! 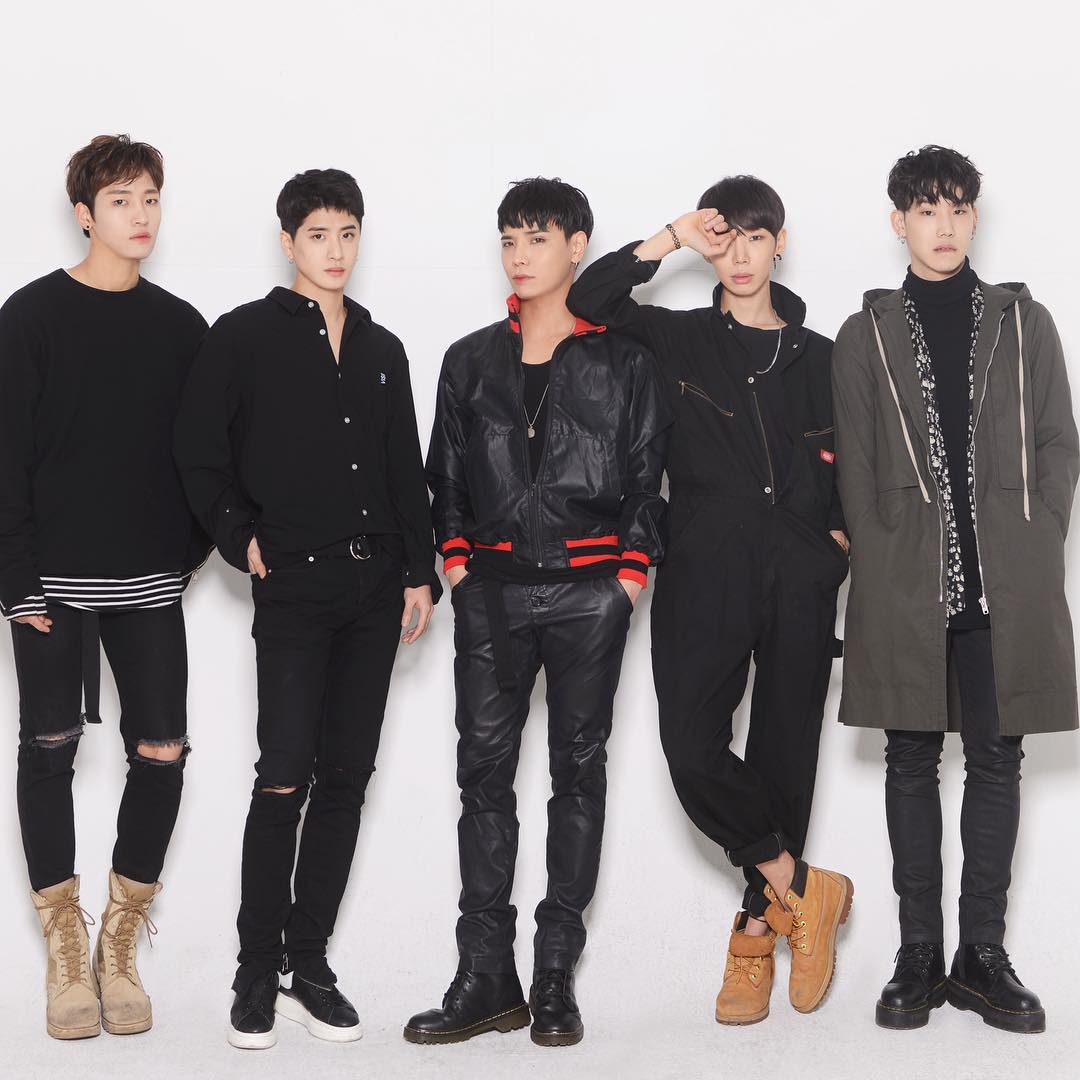 it possible the post might end up deleted at some point because lmao the official reveal wasn't supposed to happen until thursday in the fancafe so ???? i guess kim ceo just got too excited lmao anyways his name is wooyoung and he was on boys24

Wishing Minjun-hyung a speedy recovery. I know he wants to go up there to meet with fans, but I think it's wise. It's too late for them to redistribute lines and rework choreography blocking. Not to mention, it's 2PM without all 6. Also glad they're finally doing something about the assholes spreading shit about 2PM. They will also be offering refunds… which really sucks for the people who bought tickets from scalpers :(. In the meantime, what's your favorite 2PM song, Omona?

SunnyPlay are a new nine-member girl group from Two-H COMPANY (unrelated to girl group Two-X). They have been promoting their debut single 'Alice' from their first release 'The First Page' since late last year, and have just recently released their music video. As well as live performances, they've been active on posting a large amount of vocal and dance covers (sometimes joined by their fellow male trainees) to their youtube since as early as last June.

This looks fun!
Extra happy cuz Gyu is an MC ^^

O Broject feat. Standing Egg - Those Were the Days

A simple acoustic guitar is the only accompaniment for this nostalgic track, thoughtfully chosen to show off the duo's amazing vocals and harmonies. so one screenshot of their mv a day til release, ayyt. 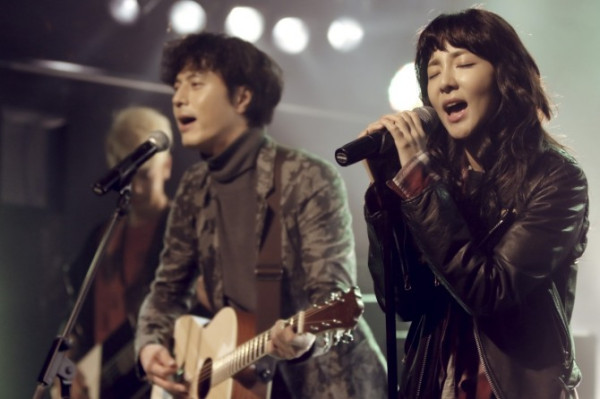 Its production company confirmed its April release in the recent crowdfunding campaign for the film, which reached its goal within the first day.

The film centers on the growth of Si-hyun who suffers from memory loss after a car accident, played by Park, and a failed songwriter Jee-il, played by Han. While Si-hyun sees sounds in color and thus cannot hear music, the two main characters struggle to find Si-hyun’s past by completing a song from the melody that Si-hyun sings in her sleep. 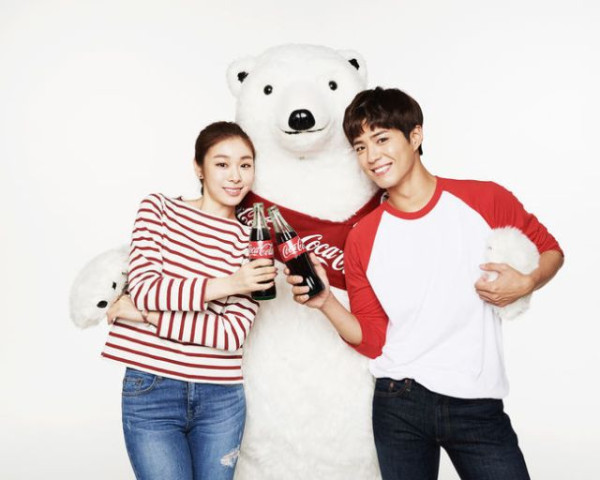 Actor Park Bo-gum and ‘figure skating queen’ Kim Yuna have been selected as the Pyeongchang Olympics campaign models. Coca-Cola, which is an official partner company for the 2018 Pyeongchang Olympics that has been sponsoring the Olympics for more than 90 years, picked the two as its models.

Park Bo-gum and Kim Yuna will be given an opportunity to join the Olympic torch relay.

Park Bo-gum were in successful dramas including tvN’s ‘Reply 1988′ and KBS’ ‘Love in the Moonlight’. After the dramas, he brought a ‘Park Bo-gum Syndrome’ to many fans. Early this year, he was also selected as Coca-cola’s campaign model. Since then, his fans have been calling him ‘Park Co-cu’.

Kim Yuna, who is the 2018 Pyeongchang Winter Olympics PR ambassador, also established herself as number one sports star in Korea as she was the ‘figure queen’ during her figure skating career. Kim has also been sponsoring amateur sports by participating Coca-cola’s sports festival ‘Olympic for everyone’.

Netflix on Tuesday released the teaser trailer for "Okja," South Korean director Bong Joon-ho's follow-up to his smash-hit "Snowpiercer," on Naver, a local online portal, for the first time in the world.

Co-written by Bong and Jon Ronson of "Frank," Okja tells the story of a young girl who risks everything to prevent a multinational company from kidnapping her best friend -- a massive animal named Okja. The movie streaming service invested US$50 million in the film.

Choi Jin-hyuk stars in the time-slip thriller as a dogged cop who runs into a tunnel while chasing a serial killer in 1986. He has no idea why, but he comes out of the tunnel and it’s 2017. The serial killings have continued for the last thirty years, and he joins an investigation team in the present to solve the case.

Yoon Hyun-min plays his opposite in every way: Choi Jin-hyuk’s character goes with his gut instincts and street smarts, while Yoon Hyun-min’s character believes in hard scientific facts and relies on advanced technology. Rounding out the main team is Lee Yoo-young (Yourself and Yours), a criminal psychology professor with an icy demeanor who’s a little obsessed with the psychology of killers.

The latest teaser highlights how different our three leading characters are, as they pursue the same case together. Choi Jin-hyuk writes things out with pen and paper, while Yoon Hyun-min uses satellite photos to determine the distance between the crime scene and the suspect’s home.

When encountering a piece of evidence, Choi Jin-hyuk’s first instinct is to taste it, while Yoon Hyun-min asks if he’s run a DNA test to get genetic [yoojeonja] evidence. Choi Jin-hyuk: “DN-what? Why are we talking about teapots [joojeonja]? Did you steal teapots too?” Lee Yoo-young then brings it back to crime-thriller territory and asks the suspect, “When you killed… how did it feel?”

Jay Park guested on a Seattle based podcast called "The Glow Up Podcast" where he talked about his experience with Korean entertainment industry.

Some of the things Jay discussed (starting at around 12:55):
- how he came to audition for JYPE
- trainee days, most notably how trainees would be physically reprimanded for making mistakes (not him though, because he's good at dancing)
- how the cookie cutter training system killed his creativity and love for music
- his myspace scandal
- how he bounced back and started AOMG
- the differences between American and Korean audiences and rappers

Source: The Glow Up Podcast

I enjoyed this really chill podcast, it's always interesting to hear artists talk so openly about the Korean Ent industry.

i can't figure out if this is a follow up single or an ost or what it's an original song released for the show!

it isn't bangtan if there isn't a lot of touching

(Insooni is 60 in less than two months)

unfortunately jang doyeon uses a spray tan/body paint to portray bruno mars, so i wasn't sure how to tag/warn for that, if anyone could advise me i'd appreciate it
omona are bts officially over because of insooni? also we're all collectively at fault for not getting her a tag already

SEVENTEEN has released an image of their official light stick!

The light stick is a beautiful upgrade to the temporary light sticks, and features a pink diamond inside of a transparent, spherical top.

they also had fanmeetings and concerts in seoul/japan this past month. they've been so busy and successful lately :') Mods, please accept this one if not already posted, I forgot to include the album info.

What was your favorite performance this week?
[Spoiler (click to open)]Shannon was on fire this week! And I love the energy Go Ara and Kim Hyerim always bring.

STARSHIP TWITTER
mods please disregard my two previous entries.
i clearly do not know how to post on the app. lol.
i really hope this worked.

can you believe rookies are already covering bts songs?? 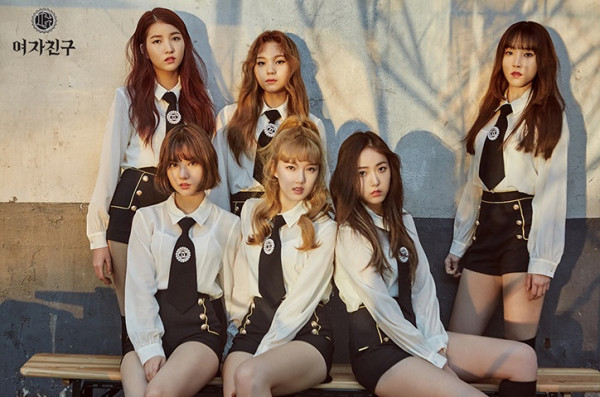 I AM DECEASED! THAT WAS BEAUTIFUL!!! Jinho did a really short like 5 second cover of this on Pops in Seoul, and I can't count the number of times I replayed that. Bless him for giving us a full version! I'm actually tearing up...
Collapse