i love these beautiful kids, i birthed and raised all of them myself 😭 nct olds next week we're so spoiled

Hi Omona! A couple of week ago 17 year old Han Hyun Min shot to fame for being the first half-black fashion model in Korea. We decided to do a fun & age-appropriate feature with him so that you guys get to know him a little better! Enjoy! 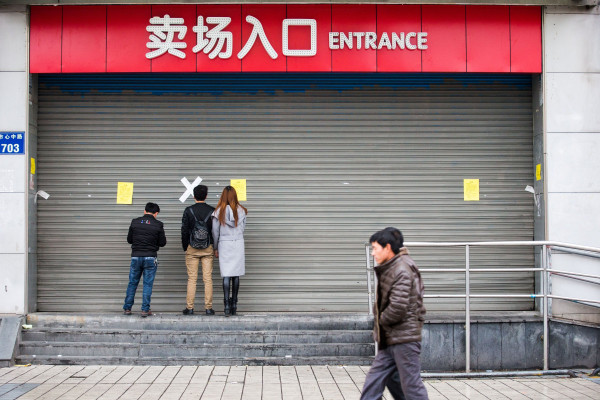 The first pieces of the US-made Terminal High Altitude Area Defense missile system arrived in South Korea earlier this month, the latest step a deployment process the Chinese government had greeted with chagrin. Beijing has inveighed against the deployment and criticized the South Korean government for undermining bilateral relations by hosting the missile system.

I also read an interesting article about a sizable increase in Southeast Asian tourists filling some of the hole left by the Chinese tour ban (including news that the Gangnam Galleria Department Store recently signed with two Muslim travel agencies and that four restaurants in Yeouido's 63 Building have gotten halal licenses) but I can't repost the article here because of the source's policies. I encourage you to check it out over there if you're interested in stuff like this. 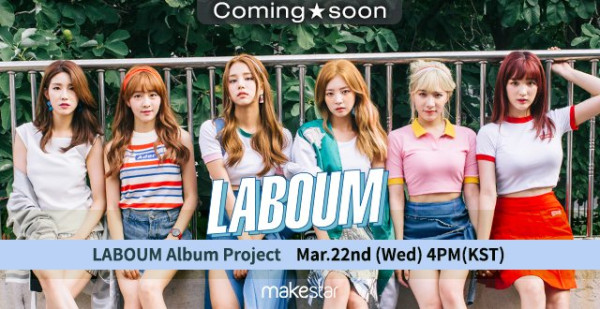 This will be the 2nd time that Laboum will have used makestar to fund a comeback. Their last single produced through makestar was "Fresh Adventure".
source: makestar official twitter, laboum official youtube

op notes: i haven't posted here in a while, hope the formatting and everything is alright! 😓

Super Junior M‘s Henry revealed that he hasn’t had a serious girlfriend since his first love cheated on him with his best friend.

Henry has often shared the story of his first love and how they dated for nearly 7 years before breaking up. He’s also shared that the same girlfriend cheated on him with his best friend, breaking his heart. Now, on the scripted talk show Knowing Brothers, Henry announced that he still hasn’t had a girlfriend since.

“I had an ex-girlfriend whom I dated for seven years in Canada [..] She cheated on me…with my best friend.”

While Henry might be single right now, maybe a couple more trips to a ski resort will allow him to meet his one true love!

how long have you been single, omona?

a decent debut mini! wee woo is perfect. btw if anyone wants to post their we and wee woo performances (+ individual fancams) from the mnet present earlier today, please go ahead! cause i'm too lazy.

Calling all K.A.R.D fans! "WILD KARD" 2017 THE 1ST TOUR IN AMERICA is coming in May! More info will be released soon. ♠♥♣♦🃏 #WILDKARDinUSA pic.twitter.com/3IwJpYuLyo

Rumors say they're apparently going to Brazil in June/July for 4 fansigns and a show. The angency in charge for the concert in Brazil leaked that they'll be releasing one Korean album in May/June and a exclusive brazilian version called "Wild KARD Brazil Tour". Take this with a huge amount of salt tho, I got these informations from the AJ comment section.

this song came out a few months ago but it has such a spring-ey feel to it so i thought i'd share :) TAHITI’s Jisoo will unfortunately be sitting out the group’s performance in Japan due to her health.

On March 14, J Line Entertainment said through its official fan cafe that she will not be attending TAHITI’s performance in Osaka scheduled for Mach 17 due to worsening health.

They said, “Jisoo was hospitalized due to a significant decline in her health. Jisoo wanted to go to the Japanese performance, but her doctor suggested against it and she is no longer able to attend the Osaka performance.” They added, “We ask for the fans’ understanding.” Details for future promotions will depend on Jisoo’s recovery.

While in the official statement the agency did not provide more details on her health, agency sources told local media outlets that Jisoo is suffering from depression and panic disorder. 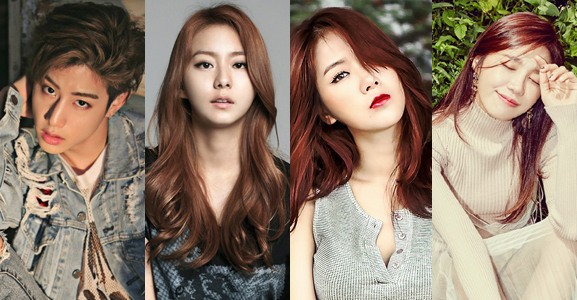 The next edition of SBS’ wilderness survival show “Laws of the Jungle” will feature Mark of GOT7, singer and actress Uee, Soyou of Sistar and Jung Eun-ji of Apink, the show’s production team said on Monday.

Besides the four, Shindong of Super Junior, comedian and MC Lee Kyung-kyu and actor Park Chul-min will also join the star-studded cast.

The series, which will be set in the wilderness of New Zealand starting in late March, will hit TV screens in May hot on the heels of Sumatran edition. “Laws of the Jungle” started airing in October 2011 and quickly became a TV fixture. This new season will mark the shows 31st series.


I keep forgetting this show is still on air. Lots of idols this time around. 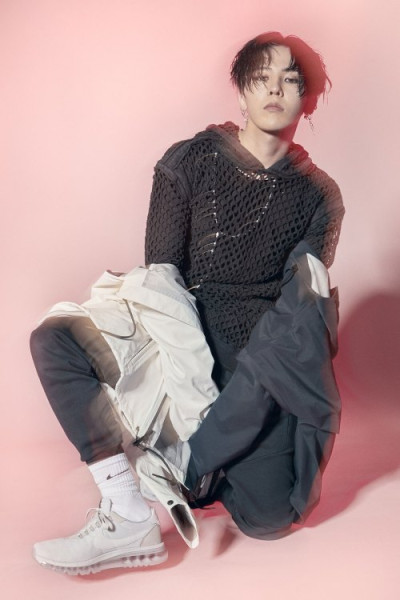 For this year’s Air Max Day, Nike has tapped the likes of G-Dragon, Neymar, MO, Ruby Rose, English Gardner, Chris Lee and Knox + NYC Runners to celebrate the annual festivities. A number of images that feature the talent were captured to conceptualize the styles and bring new meaning to the expressions of “WEAR YOUR AIRS” and “KISS MY AIRS.” We are presented with iterations of the new Vapormax model, while some retro silhouettes like the Infrared AM90s were also thrown in for good measure.


The photos pretty much match up with the rest of the photos for the campaign, but I would have LOVED it if he was styled like he was for the Vetements show at PFW. The look with the Balenciaga trainers..so good! 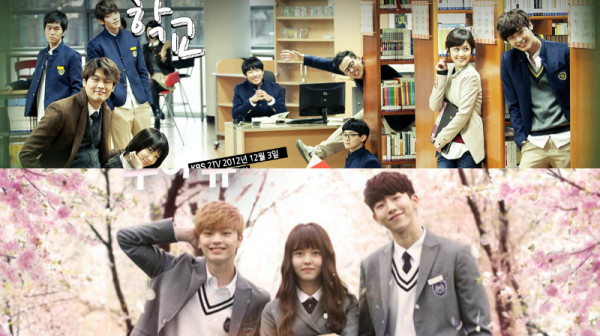 KBS’s longtime drama series “School” will be returning with its latest installment this year, “School 2017.” A source from the broadcasting station announced on March 20, that auditions for the cast are currently underway for the youth drama.

KBS’s “School” franchise first began in 1999 with “School 1.” Since then, several installments have followed over the years, with the latest including popular dramas “School 2013,” and “Who Are You: School 2015.” The common thread between all the dramas in this series is that youths are the main focus. It first gained traction for “really showcasing school life” in a drama industry that didn’t do so at the time, and while it has tried to focus more on youth romance, the effort to show the daily lives and concerns of today’s youth remains steadfast.

Omona, which actors/idol actors/model actors do you want to see in School 2017? 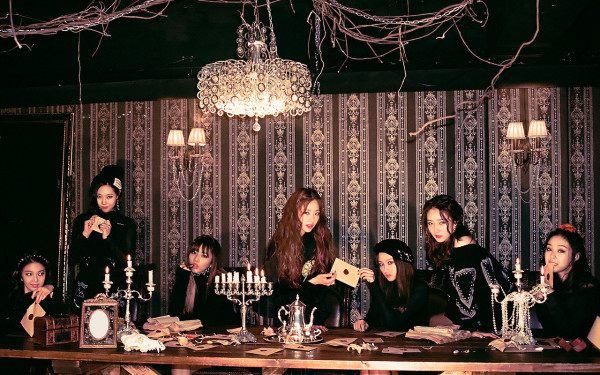 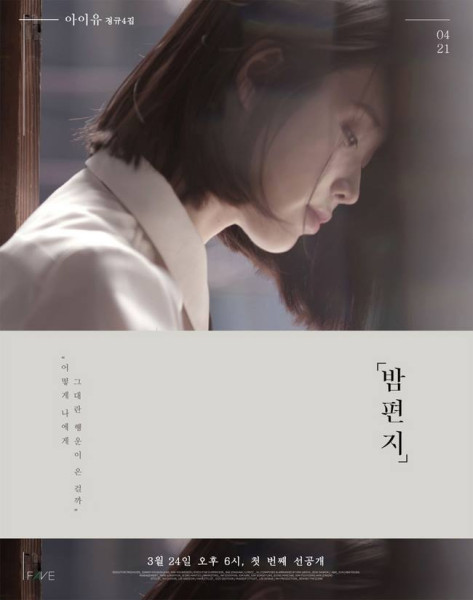 Are we having various mvs? beside various pre-release tracks?

So it seems they are on split parts of the show and not together after all?? Oh well... It still looks ridiculous haha