INFINITE‘s Sunggyu has reportedly been injured and may not be able to participate in the group’s comeback promotions.


Reports are coming out that Sunggyu has fractured his ribs while filming an episode of variety show Singderella. During the show, contestants compete while singing and dancing in order to win food.

Due to his injury, Sunggyu will most likely not be able to participate in INFINITE’s Japanese promotions in April and Korean promotions in May.

“Sunggyu cannot dance to the choreography due to severe pain in his ribs. Due to the fact that he will not be able to dance with his members we are probably going to have to change the content of the music video.”

*sigh* Most likely the last comeback before he enlists and he won't be able to enjoy it. 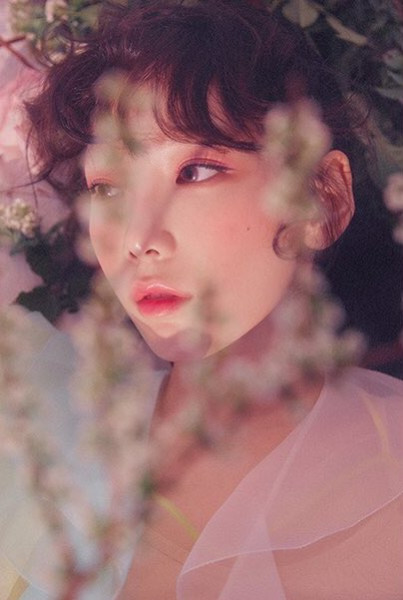 Taeyeon's 'My Voice (Deluxe Edition)' will be released on April 5th and will include the original 12 songs, plus the CD only song, 'Time to Walk Through Memories'. '11:11' will be included on the album, along with three new songs. The title track for the deluxe edition is 'Make Me Love You'. There will be a total of 17 tracks on the album. 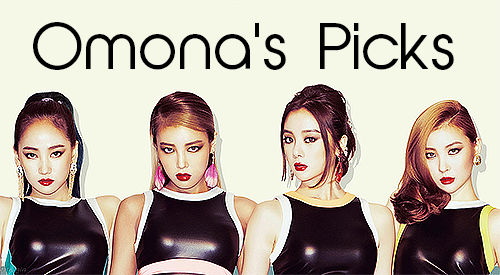 While the Wonder Girls are now unfortunately a thing of the past, it doesn't mean they can no longer be celebrated. They're known for changing the K-Pop game forever with their monster hits, such as Tell Me and Nobody, that everyone and their grandma knows, but that wasn't all these 7 (yes, I counted Hyuna) lovely ladies contributed to the music scene in their 10 years of being wonderful. I chose to curate a playlist of 10 of Wonder Girls' b-sides that I wish would recieve more love and I figured Omona would be a great place to share it, what with Sohee being Omona's mascot and all.
( Collapse )

If this is a collab hint instead of a meet-and-greet, I'm stanning Minzy.

GOT7's mission on MTV The Show

I love this song and choreo, but they're too old to be dabbing this much...

Fun fact: this MV was produced by the same company that made BTOB's Movie, they also have the same stylist! 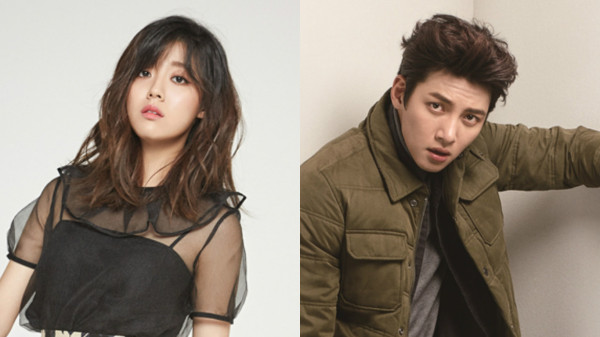 Nam Ji Hyun has accepted the offer for "Suspicious Partner" (formerly titled "Be Careful of This Woman"), costarring with Ji Chang Wook. Actor Choi Tae Joon has also confirmed his role in the drama.

The new mixed-genre legal thriller rom-com comes from the writer of I Remember You and tells the love story of a man and woman who are being chased by a killer. Nam Ji Hyun will play Eun Bong Hee, a judicial trainee and former Taekwondo athlete who finds herself a suspect in a murder case. Ji Chang Wook plays Noh Ji Wook, a young man who became a prosecutor to fulfill his father’s dreams. He carries a trauma from his past, and he’ll end up changing careers to become a private attorney. Choi Tae Joon will play an attorney who has been friends with Noh Ji Wook since childhood. Complicating matters is an amnesiac killer who keeps reenacting one crucial moment, and is out to kill our two leads.

"Suspicious Partner" is scheduled to follow "Saimdang, Light’s Diary" on Wednesdays and Thursdays in May.

This is the same drama that was originally courting Lee Sung Kyung, but she turned it down. I adored Nam Ji Hyun in Shopping King Louis, so I'm excited about this pairing. I trust the writer of I Remember You to give me something great. It's going to be hard to separate Choi Tae Joon with his Missing Nine character, but apparently he's real life BFFs with JCW so it's cute they get to be in a drama together.


Source: OSEN via ARMY Base | Naver via Peachisodaworld They laughed so hard when Shinyoung said 'BEAST' instead of 'Highlight' and accidentally pushed Yoseob off the stage 😂😂😂 #얼굴찌푸리지말아요 pic.twitter.com/rU7IMgfdZg

Shinyoung calling them Beast lmao. They must be so honoured to be confused with the sunbaenims they look up to!

i only got the rules of the game like 2/3 into the video but i enjoyed every second. it's been so long without any exo stuff that i nearly forgot just how loud chen is lmao and 'mouth pro' is the best description of baekhyun i've ever seen. i love them.

"What draws so many black fans to Korean pop music? We explore the question on a Friday night in Newark, where thousands of fans pour in to see BTS, one of the most popular Korean pop bands in the world."
SOURCE: The New York Times
(I don't know if there's supposed to be more to this or if it's just this video, it felt short.)

Shownu's aegyo is just- he's such an awkward potato. I'm Kihyun cringing at everything here.

Former 2NE1 members Sandara Park, Park Bom, and CL are once again showing their love for each other!

Sandara Park is making her Korean film debut in the new movie “One Step,” and Park Bom and CL both shared photos on March 29 from an exclusive screening event that they attended to support their good friend. 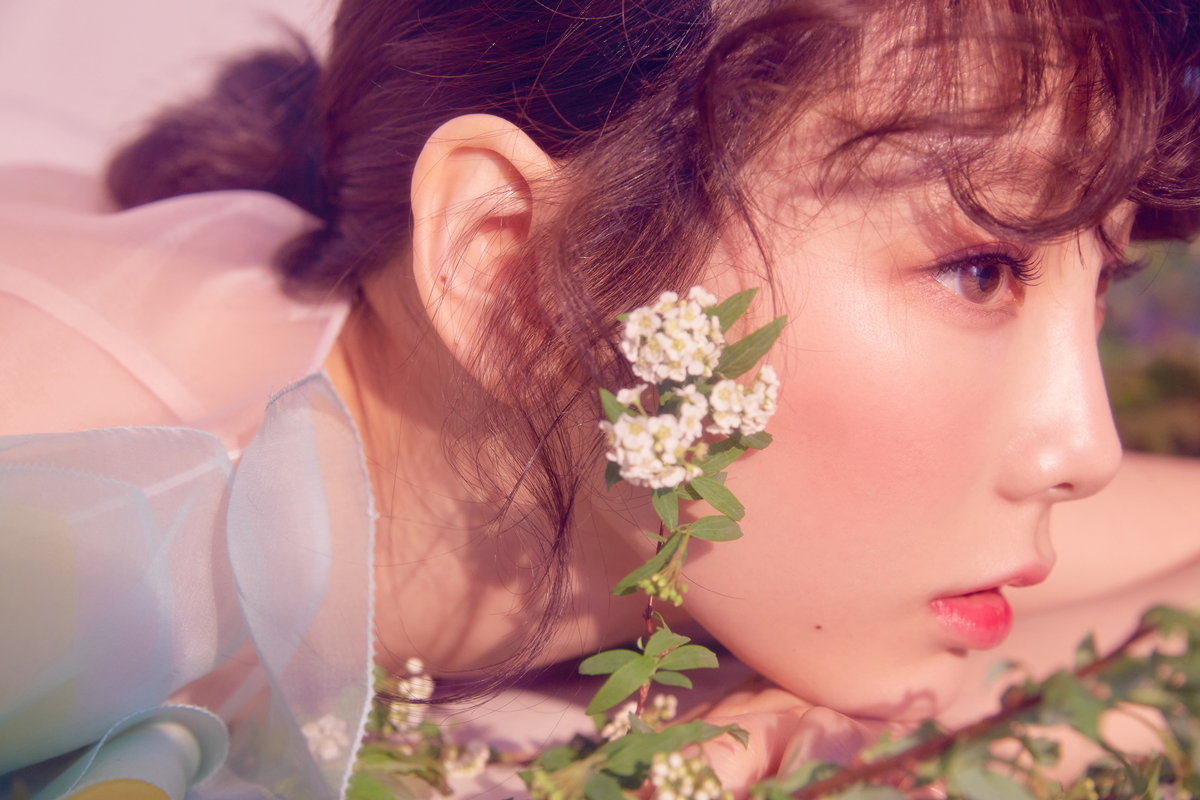 'Make Me Love You' will be released on April 5th, 12PM KST. You can pre-order Taeyeon's album from the usual sites (YesAsia, Kpopmart, etc).

#pray it's not a ballad

Yesterday I brought you the 10 K-Pop Remixes you need in your life and today it's all about mashups! Mashups are two different songs mixed together or using the instrumental from one song for a different one. Again, I picked my 10 favorites but you can always drop your faves in the comments below!
( Collapse )
sources: 김동우, GMIXMASHUP, Areia Creations 1, 2, iPARTYNAUSEOUS 1, 2, SHIMMixes, Masa, irvingpiu1, Don Faustino

yes you did read that correctly

a strange thing to exist, but i'm glad it does 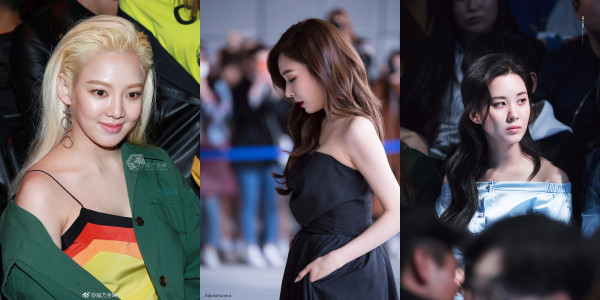 I have such low expectations for all of them, rip. I like Tiffany's outfit @ Pushbutton the best.