I don't know either of the two, will they make a good addition to the RM team?

GOT7 were interviewed before their first Never Ever performance on Music Bank with Jackson. Mark was absent because he went to New Zealand to film Laws of the Jungle. 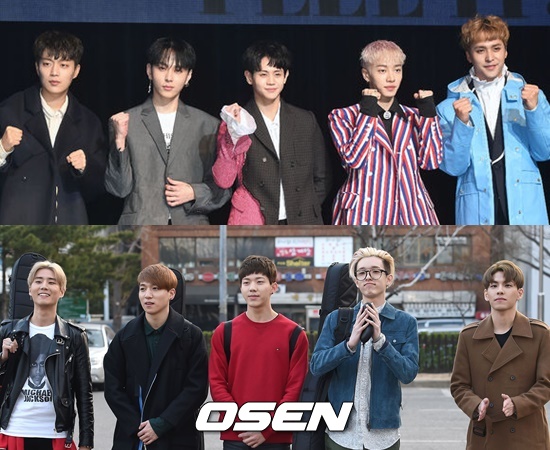 On April 3rd, broadcasting officials stated that Highlight and DAY6 recently met with the production team of KBS 2TV Yoo Heeyeol's Sketchbook, and will record on the 4th.

!!! what an excellent combination. I'm so excited for day6 to finally get the opportunity to play live and get more recognition!!

I know this is old(ish) but I don't remember seeing it.
And I'm thirsty for them, together, being cute and perfect

PS: the pocket princess doesn't have a tag >.<

it was arranged by brother su and it's also exy and lovey's second cover collab—the first being ikon's “my type.” i'm reaaally into this, tho

i'm not a huge fan of the acoustic “beautiful” mv but i like the mix and their vocals are really solid and i like the way they included the raps in (moreso the ones at the beginning, the “two fingers thumbs up” and jooheon's second one sounded kind of weird but...). i want an r&b version of it, too

minhyuk, i.m & kihyun's teasers are my faves, hate the coloring on all of them, etc

Ahead of their impending Spring comeback, Chrome Entertainment, Be.A's company, has released a series of videos of each member showcasing their particular talent.

Beginning with rapper MILLY and ending with leader and main vocal Honggyu, the videos have inspired excitement amongst the fans as they anticipate the group's much-delayed comeback.

i'm hoping for unit performances!!! also a chinity one too please :DDDD

last i heard, eunji had to get rushed to the hospital for back pains so not sure why they thought her having a comeback would be a good idea... unless she's not planning to promote it much which would be a unfortunate

This week for some reason KBS didn't upload the whole episode together, but in separate videos.


I think this is the 3rd house the twins have moved to since they were born? Seola and Sua were so cute in demanding a new sausage lol. To be fair, their father should have gotten their own. Rohee is such a clear speaker now! She and Taeyoung eat some street food and everything looks yummy. I feel weird that Jiyong keeps bringing pets into the house just to "visit". Seungjae is a very understanding kid, but I feel like he could use a lizard or fish as a pet/friend. Soeul handed everything so maturely!

This song is made by Brave Brothers (who also worked on Rocking, Crazy, To You, Be Ma Girl, Miss Right).
Omona, are you ready for the return of Teen Top × Brave Sound drop it?

Coloring Book is growing on me and the other tracks are also not that bad actually! 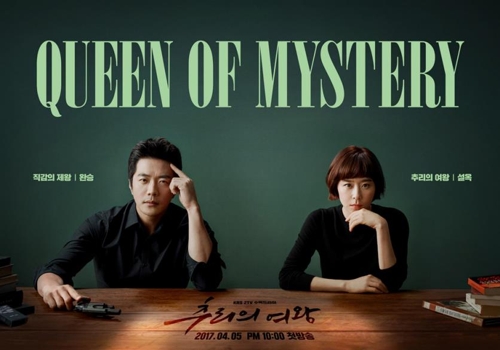 With the recent success of the office series "Good Manager," KBS 2TV has proved that good ideas and execution can go a long way even without top-billed stars.

And in the vein of "Good Manager," the network is pitching another idea-oriented show titled "Queen of Mystery," which mashes up a gritty detective tale with the quirky "ajumma" comedy genre.


was not expecting this. wishing her all the best.

As a frequent submitter of posts (my record is 7 posts a day, yes I have no life) I know the struggle of finding good sources. Especially new users that want to submit a post but don't know where to get good information might choose not to post at all. But don't worry cause the good sis goshipgurl is here today to bring you an


Our last post with a list of possible sources was in 2009, wtf. Since then many sites have shut down (R.I.P.), new ones have seen the light and others got banned *cough* akpoop *cough*. I took time out of my busy life (ha who am I kidding) and tracked down as many news sites as possible. I'm dividing this post into three categories: General K-Entertainment Websites/Blogs/Forums, Newspapers and Sites in English and Translated Netizen Content. You can also always post content from your oppa's Instagram, Twitter or Youtube, as long as you credit them! If you know other sites just drop them in the comments below and I'll add them to the list.
( Collapse ) 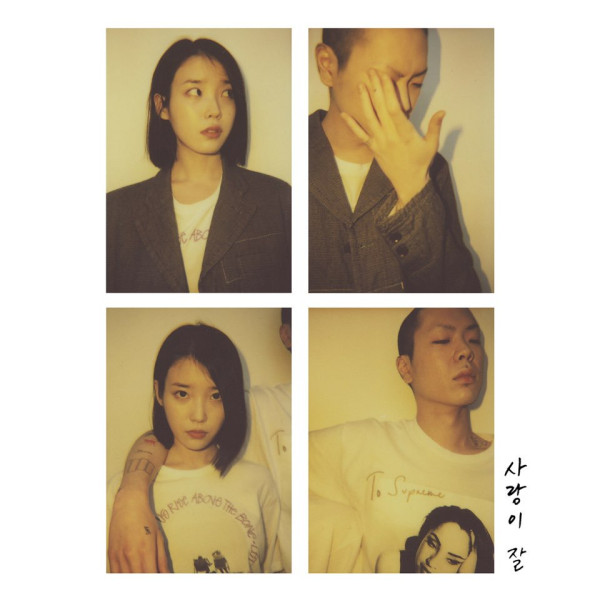 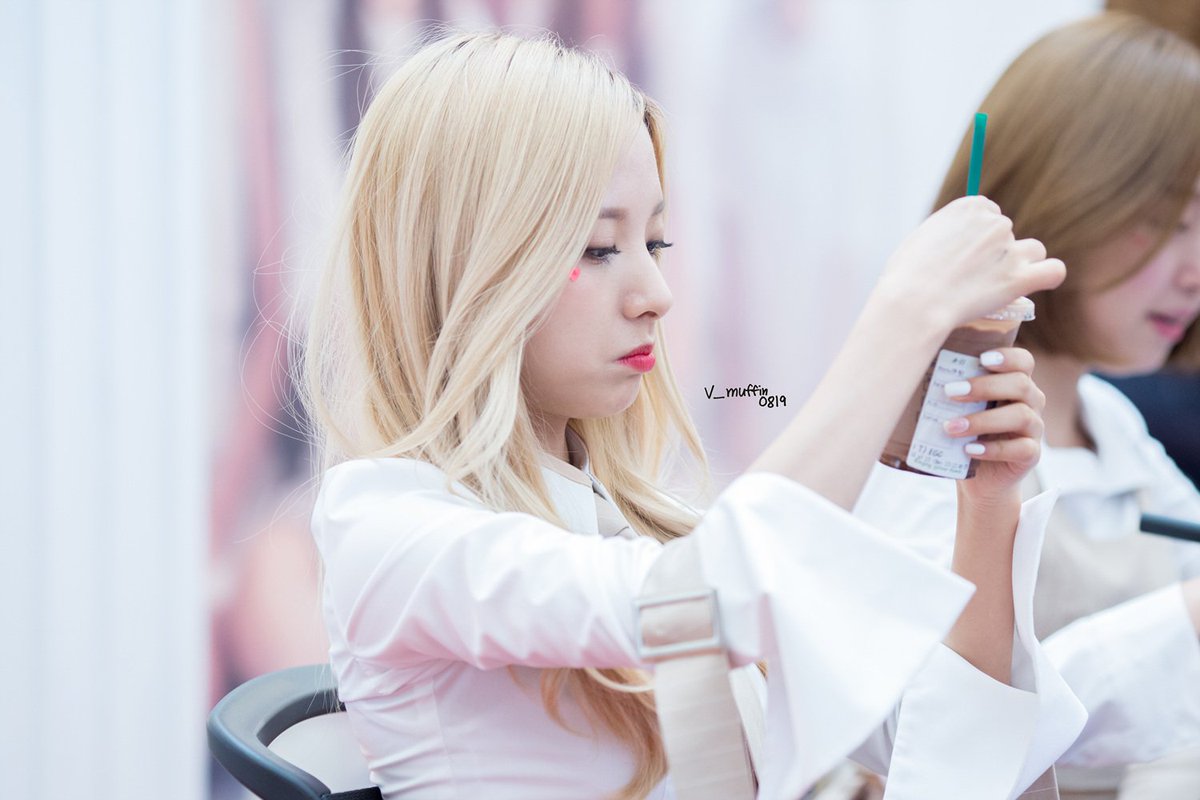 On April 4, a source from Monster Union said, “Bona will be appearing in KBS 2TV’s new variety drama, ‘Greatest One Shot’ (working title).” They added, “Casting for ‘Greatest One Shot’ is now finished. We are looking forward to starting our first shoot soon.” It is reported that Bona will be playing Do Hye Ri, a trainee who is on the brink of debut. Her character is not only naturally talented, but is also extremely hardworking.

“Greatest One Shot” will tell the story of young people in their 20s who struggle to love, talk, and live. Monster Union and Chorokbaem Media are co-producing the drama. 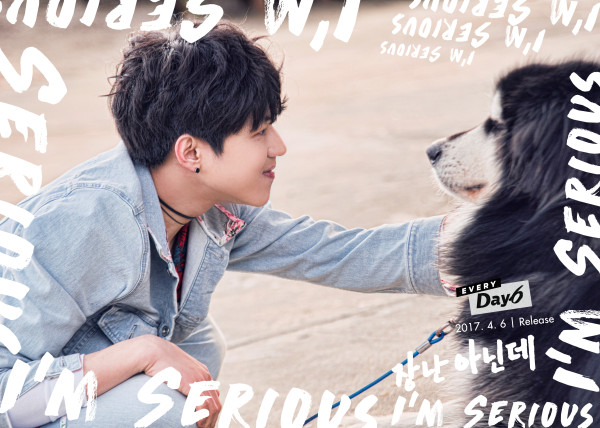 dang, maknae is fiiiiiiiine, especially in that second picture. lol i love the picture of him with the dog, so cute 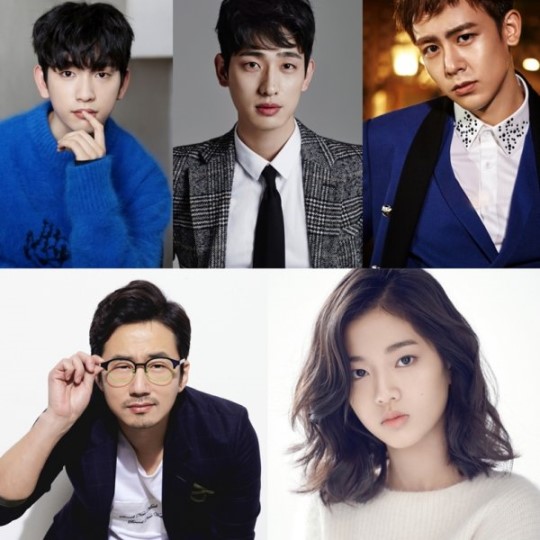 GOT7’s Jinyoung, 2PM’s Nichkhun, Yoon Park, Ryu Seung Soo, and Shin Eun Soo will be starring in a web drama titled “School of Magic”. The drama will be produced by JYP Pictures.

“School of Magic” is a drama that talks about the dreams, hopes, challenges, and failures that young people experience in life today.

I had to post this just for the strangeness of the plot. I'll totally watch for the eye candy.

On April 4, a source from the agency stated, “HyunA and PENTAGON’s Hui, and E’Dawn will be promoting as a three-membered unit. They are planning to ‘comeback’ in May.”

The company previously revealed a mysterious countdown that ended up unveiling an even more curiosity-inducing teaser that simply said, “Triple H.” This latest announcement by Cube Entertainment confirmed earlier reports that said that Triple H would be a new unit featuring HyunA, and the two PENTAGON members.

Many are looking forward to seeing what this new unit will bring, given HyunA’s past experience as a part of Troublemaker, and the potential of PENTAGON’s main vocal and rapper, Hui and E’Dawn, respectively.