On April 11, SM Entertainment confirmed SMTOWN LIVE Concert will be held at Seoul World Cup Stadium on July 8th. This will be the first SMTOWN concert held in Korea in 3 years after holding a two-stop tour in Japan in the summer of 2016.

The SM concerts 'SMTOWN LIVE' began in 2008 and has successfully held shows in the world's biggest cities such as in New York, LA, Paris, Tokyo or Beijing. In 2011, the SMTOWN tour broke the record for being the first South Korean concert in Paris, France that sold out in 15 minutes.

SMTOWN showcases not only group or individual stages but also collaborations unique to these concerts. In 2014, SMTOWN LIVE in Seoul Tour brought together 75 artists such as BOA, f(x), SNSD, Red Velvet, EXO, SHINee, Super Junior, TVXQ, SM Rookies, Lee Dong Woo or J-Min, in a concert of over 5 hours.

This year's lineup hasn't been revealed yet. Expectations are high as TVXQ's Yunho is being discharged from the army on April 20th and expected to make a return on the stage, joining SM's youngest group NCT.

Hyukoh is coming back after 2 years with title track TOMBOY and full-length album '23' which will be released on April 24th at 6PM KST. The album contains a total of 12 tracks. The tracklist will include the following titles: title track 'TOMBOY', 'Burning youth', 'Tokyo Inn', '가죽자켓', '이천이월드컵 (2002WorldCup)', 'Jesus lived in a motel room', '완리 (Wanly万里)', 'Die alone', '지정석', 'Simon', 'Paul' and 'Surf boy'.

source: naver, translated by me (send me to bed)

ahhh finally i can't wait for this!! New teasers are out for Moonbyul and Seulgi’s upcoming variety drama!

Key will be leaving his position as MC on Mcountdown after 2 years, his last broadcast will be on the 13th https://t.co/zhix0oN9jU pic.twitter.com/2rzlC1SVKO

On April 11th, it was reported by a number of officials from Mnet that Key has decided to step down as an MC for the cable program M! Countdown. His final live broadcast will air on the 13th and he will make his final appearance. Key will be leaving his position as MC to focus on SHINee with their oversea activities as well as his role for drama "Lookout".

Key has been an MC for the program for more than two years, joining the show back in March 2015. He has been known on the show for his unique and witty personality as well as his ability to improvise on the spot. Who are your favs from this episode? IT Entertainment’s Lee Seo Kyu, a contestant on “Produce 101 Season 2,” was belatedly revealed to have been a victim of assault at the hands of his old group members.

Previously, in September 2016, three members of the group Naughty Boys (formerly known as Pure Boys), Hwang, Jeon, and Yang (only referred to by their surnames), were charged with assaulting their team member Lee Seo Kyu during a time when they were still promoting as Pure Boys, kicking and punching Lee Seo Kyu in the chest and stomach.

It was later revealed that the three members were fined for their actions.

Naughty Boys came to be when the group, which had been promoting as Pure Boys, left the agency, dropped the name, and began to work independently as Naughty Boys, which resulted in the group being slapped with civil and criminal lawsuits.

SBS’s “Inkigayo” is canceled for the week.

A source from SBS explained, “The April 16 episode of ‘Inkigayo’ will not be airing. We decided to postpone the episode in honor of the third anniversary of the Sewol Ferry disaster.”

During the airtime of “Inkigayo,” SBS will air a rerun of the Sewol Ferry disaster special episode of “Answer Your Questions” (literal translation).

The artists that were set to have their comeback stages on April 16 will be performing on April 23 instead.

the never-ending story of koreans and their opinion about k-pop & plastic surgery. thought this was interesting because they talk about sixbomb in the first few minutes. 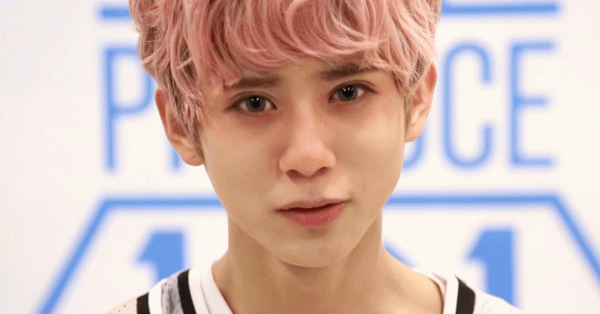 In a previous post Produce 101 Season 2 contestant Lee Seo Kyu (born in 1998) revealed that he was physically attacked by three of his former group mates while promoting in Pure Boy. The article and sources stated the surnames of the members to be Yang, Jeon, and Hwang.

So they were all significantly older than him. Welp, they live up to their name.

EXID just had their comeback and their track "Boy" has been gaining attention for how good it is. However, a lot of people on twitter and youtube think it sounds just like Marian Hill's song (especially the chorus)

how why remains flawless!

Today is Sehun's birthday, and his chinese fans got him a very special birthday gift... 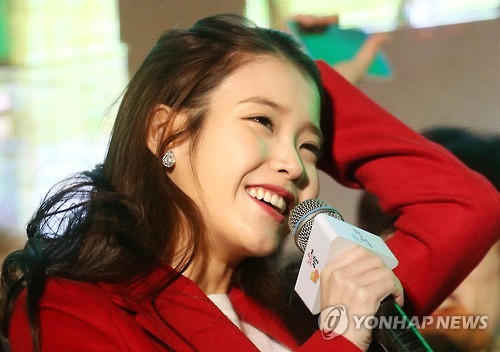 Singer-actress IU plans to sue a man who has made derogatory and suggestive comments towards the star through YouTube videos, her agency said Wednesday.

Fave Entertainment, IU's agency, said in a statement that the YouTube user, referred to as "A" by the company, "habitually made comments slandering and personally attacking IU." The company plans to file a legal complaint against "A" by Friday.

The person in question has repeatedly uploaded derogatory and suggestive diatribes against IU, comparing the singer to a pet dog. Amid backlash from IU's fans, the man claimed that he's a diehard IU fan who just happens to enjoy vulgar jokes.

A representative at Fave Entertainment said that the company will pursue legal action regardless of his apologetic message and also "react to other Internet users who post vicious comments." In November of last year, 11 Internet users who were sued by IU for defamation were handed fines in a court ruling.

Dingo Music YT
Everything about this is hilarious to me. I love that series on the Dingo Music channel.

Updated with the official concept photo

this is so unnerving, but they all look really good!

It was recently announced that EXO would bring their super-popular EXO-PLANET #3 - EXO'rDIUM concert tour for one last time to Seoul. Now reports are coming out that instead of a full EXO concert fans will only get to see their subunit EXO-Y.

[INFO] 170411 Lay will not participate in The EXO'rDIUM[dot] Encore Concert pic.twitter.com/SYLrdvCfZg


Thanks to all the awesome commenters ♥