You know who I'm talking about. (not you, Henry)

She was kicked out b4 the group's debut for being a sasaeng...https://t.co/wFcAM5FTkd

Playback, along with members Hayoung, Soyun, Woolim and Yena welcome Ma Eunjin who received much love and support from Kpop Star 6 as the newest and final member of the group.

Playback have devoted their lives to the studio and will deliver to fans what they deserve. We are coming~! We love you~!

Insiders are leaking out that We Got Married is finally ending.

Update: they apparently only started dating at the beginning of this year. His label is "checking" on him aka emergency meeting.

Update 2: they're getting married in September, she's 3 years younger than him and the daughter of a well-known food cooperation. They met in fall 2016 but only started dating this year.

Update 3: her name is hwang Hana and she's the youngest daughter of a chairman of namyang dairy products

Whoever's responsible for this list should have thought about it Twice imo but anyway!

aaahhh!! as expected, it's visually gorgeous! i really hope the song is good.. do you think they get a discount now with VM Project for hiring them all the time? lol i was wrong! it's August Frogs that made this!

also, the physical album is going to be holographic!!! well this took an unexpectedly sexy turn... the first pic looked so wholesome! now it feels kind of like it could be Roll Deep 2.0, which i wouldn't really mind because i loved that song 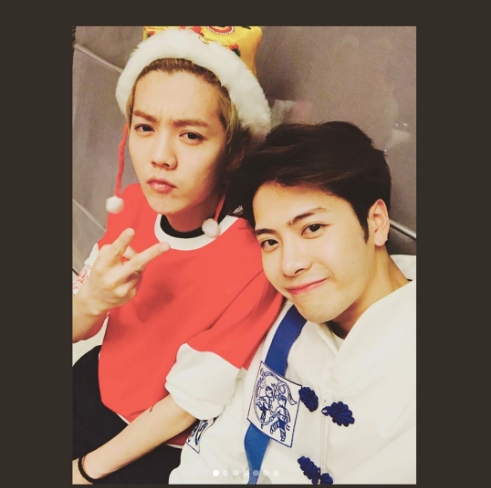 GOT7’s Jackson will be appearing as a guest on “Hurry Up Brother,” the Chinese version of “Running Man.”

On April 13, a source from JYP Entertainment said, “Jackson has finished filming for the Chinese version of ‘Running Man.’ The broadcast date has not been determined yet.”

Jackson also posted photos taken with “Hurry Up Brother” cast members on his personal Instagram account and wrote, “It’s been a long time since I meet my brothers, thank you so much for taking care of me and I had a great time.”

Luhan with Jackson is that friendship you never knew you needed

live footage of me editing this post and waiting for the sfw ch.mx to be subbed. links to resurrection, yohanix and sewing boundaries' full shows, if anyone's into that.

showminomoney for inspiring me to finish make this post ages ago, when it would've been lightly late (and not two weeks after sfw wrapped up) and dedicated to

Music Video Sins is a sub channel of Cinema Sins. This is the first time they've done a Korean MV.
As a fan of MVS and BTS I was highly amused.

Hi all! We've let in quite a few people recently, so we thought now would be a good time to remind everyone of the rules and posting guidelines. If you haven't seen it yet,

shanny_w has updated our profile page so that it's easier to read through. We just want to elaborate on a few things with this post and get your feedback.


Listen on Spotify or buy on iTunes ❤️

Check out the D-Day MV if you need extra sunshine and cuteness in your life (and honestly who doesn't).
OP recommends Anymore as the standout track of the album.

Developing great style takes time, and for those who’ve grown up in the spotlight, the progression can be charted in public appearances and social media updates. For Sehun, the fashion forward member of Seoul-based boy band EXO, his current dapper look is only the latest in a series of daring incarnations. The star, who turns 23 today, has never been afraid to experiment, and his willingness to test new ideas made for eventful moments. On the red carpet or off-duty Sehun has embraced trends before they hit critical mass; Whether he’s breezing through an airport in a brocade Gucci sweatshirt as he did back in November, or appearing onstage in a sleek Saint Laurent leather jacket during 2013’s KBS Song Festival, his menswear has been consistently chic.
( Collapse )
Source: vogue.com

Don't know whose boner for Sehun is bigger: vogue's or mine! I'm so happy, rise baby!!!!!
What are your favorite Sehun looks, Omona? 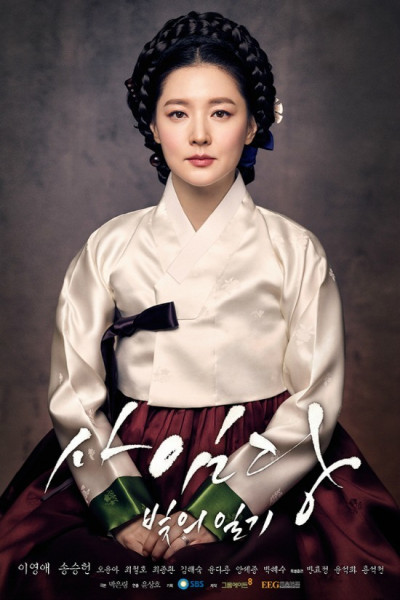 The SBS TV series "Saimdang, Memoir of Colors" will end earlier than originally planned, its distributor said Thursday, as the fantasy period drama suffered from less than expected ratings.

The Wednesday-Thursday drama starring actress Lee Young-ae premiered on Jan. 26 on local commercial channel SBS as a 30-episode series. SBS said it will end on May 3 or May 4, a week earlier than scheduled.


Ep. 10 Sneakers / Blazers / Scalp scaler / Miss Korea
Let your shoes do the talking! We'll take a look at what the celebrities are wearing and what shoe styles are trending. Then we bring you some very products to keep your scalp and hair clean! Everyone's waiting for the return of the Queen of K-Pop, Lee Hyo-ri! Yes, she's making a comeback this year, and we thought this would be the perfect time for a throwback makeup concept. Get the look with makeup artist Ju Hye-min.

I looooove the makeover! The ease of doing that wing, so jealous! 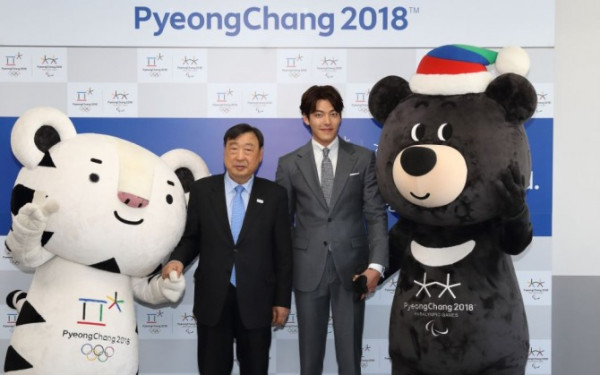 The POC said Thursday the actor has been named as the event’s honorary ambassador and will promote next year’s Winter Games in PyeongChang, Gangwon Province. Kim attended the signing ceremony held at the POC office in PyeongChang on Thursday afternoon.

Olympic figure skating champion Kim Yu-na, actor Lee Min-ho and Major League baseball player Choo Shin-soo are among some of the prominent figures who have already been appointed as honorary ambassadors for the games.

The PyeongChang Olympics will commence on Feb. 9 for a 17-day run.

Kim recently finished his third Asia “Spotlight” tour, which kicked off in Seoul in October 2016, visiting Japan, Taiwan, Thailand and Macau. The actor is reported to be preparing for his upcoming film “Wiretapping.”

That mascot on the right looks shifty and I don't trust him.

[LINEUP] Tang tang tang #FINGERTIP, they will aim for your hearts! #GFRIEND is coming to #KCON17NY~ pic.twitter.com/CwydfbG4K4

sobbing at NY having twice AND gfriend. just need one more gg i like to be going to get me to fly there for it. kcon japan's gg lineups look amaaaaaaaazing but japan is too expensive for me to go again ;~~~~~~; 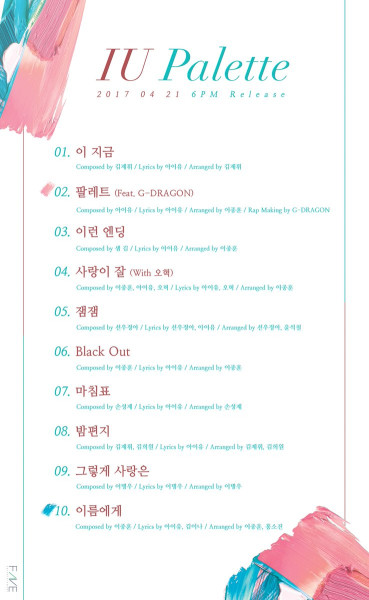 Multi-talented triple threat queen! This is super cute. Obligatory "cast her in everything!" comment. 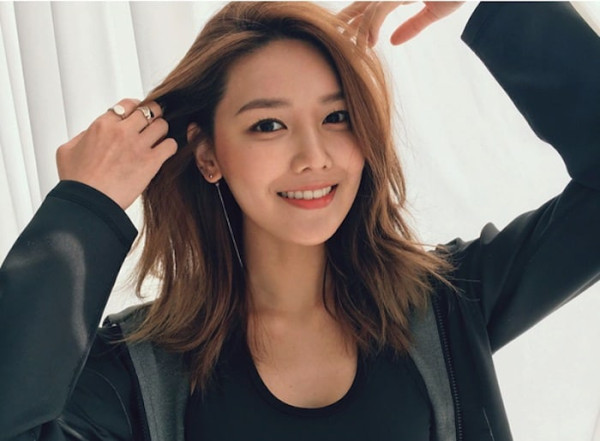 Sooyoung has been confirmed for the lead role in an upcoming JTBC special drama titled “A Person You Could Know” . The short drama centers around how modern society looks up people on social media. It will tackle the issue of how you can know the people around you but not actually know yourself.

JTBC is preparing a series of short dramas and plans on releasing them as web dramas with 10-minute episodes first and airing them as two episodes on television afterwards. “A Person You Could Know” will be the first drama for this project. Furthermore, it will be JTBC’s first web drama. Specific broadcast dates are still in discussion.

Bummer that it's only two episodes. I'm curious to see how this new format works out for them.

the MV is art!! the song is nice, though kind of disjointed

omona, have you ever accidentally bought an entire octopus?
( Collapse )

Apologies for the delay!

Does anyone know why gugudan are performing Rainbow now? It's super cute so I'm not complaining, but I am confused.....

An army boss stands accused of ordering a mass probe to out gay soldiers. According to campaign group the Military Human Rights Center for Korea (MHRCK), General Jang Jun-kyu, army chief of staff in South Korea, launched a “track-down process” to find and out suspected gay personell. This included setting up fake profiles on dating apps to track down soldiers and expose them. The process is thought to have identified 50 soldiers, 20 of whom now face charges under the country’s military anti-homosexuality laws.
Multiple soldiers have reported being outed and punished as part of the hunt, according to the group.

“Gen Jang is obviously incapable of leading the army,” MHRCK said in a statement. “He treated his men who did their best to protect their homeland as if they were culprits and made them suffer the most horrible fear — losing personal dignity. He must take responsibility and resign immediately.”

Although same-sex sexual activiy is not illegal in the country, the army retains a code of conduct that bans homosexuality, and military service is mandatory. Under South Korean law a soldier who commits “sodomy” or “other disgraceful conduct” can face up to two years in prison. The country also continues to deny gay citizens marriage equality.

what a horribe catch-22 to be stuck in 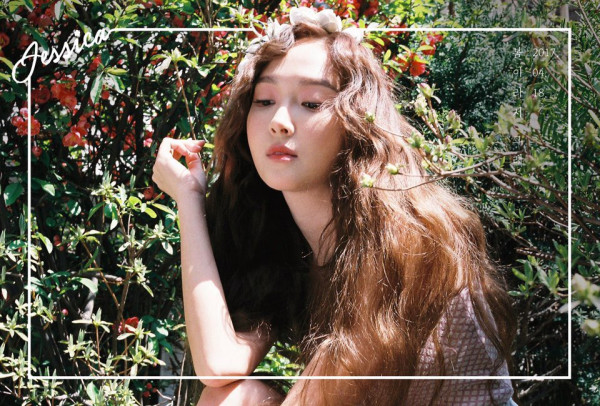 Jessica will be releasing a special single for fans on her birthday, April 18th titled 'Yes, It's Spring'. She will have a special performance at Ehwa University Samsung Hall on April 15th. 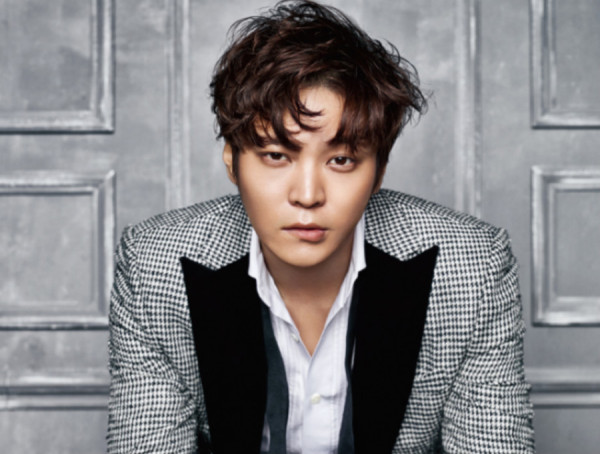 Actor Joo Won is next in the line of celebs taking off to the military this year. According to Joo Won’s agency, Huayi Brothers, the actor received his draft notice yesterday; his date has been set for May 16.

During a V Live broadcast, Joo Won said, “I will serve diligently and to the best of my ability.” Upon enlisting, Joo Won will undergo five weeks of training, after which he will serve for 21 months. His last project before service is SBS’s pre-produced drama “My Sassy Girl,” co-starring Oh Yeon Seo, which will air in June after Joo Won enlists.

he wanted that collab so bad, lol. poor key.